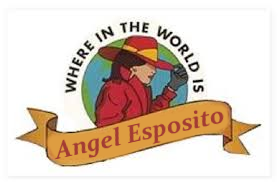 Based on a Cblog discussion with Rad and THE!66thDF I wanted to see how the Pens first round draft picks panned out.  Right up front, it’s clear that outside of the top 5 or so players in each draft there is no guarantee that a player will turn into a productive NHLer.

The primary metric involves games played and points scored.  That’s why we draft players, it’s apparently not why the Oilers draft players, but that’s a different article.  We want to get players who will soak up minutes and contribute, offensively or defensively, to the teams success.  I didn’t dig too deeply into playoff stats because for most of these players it didn’t ever come to that.

On one hand the draft is an opportunity to get cheap talent in a salary cap regime.  It’s difficult to have sustained success without finding some bargain players, and the draft is the primary means teams use to fulfill that end. Don’t believe me?  Just sign every player to a 6 year 5 million AAV deal and ask Columbus.

On the other hand, the draft is little bit of luck.  And there is no guarantee that a player drafted high will be a good choice as compared to those below him, looking at you Nail. END_OF_DOCUMENT_TOKEN_TO_BE_REPLACED