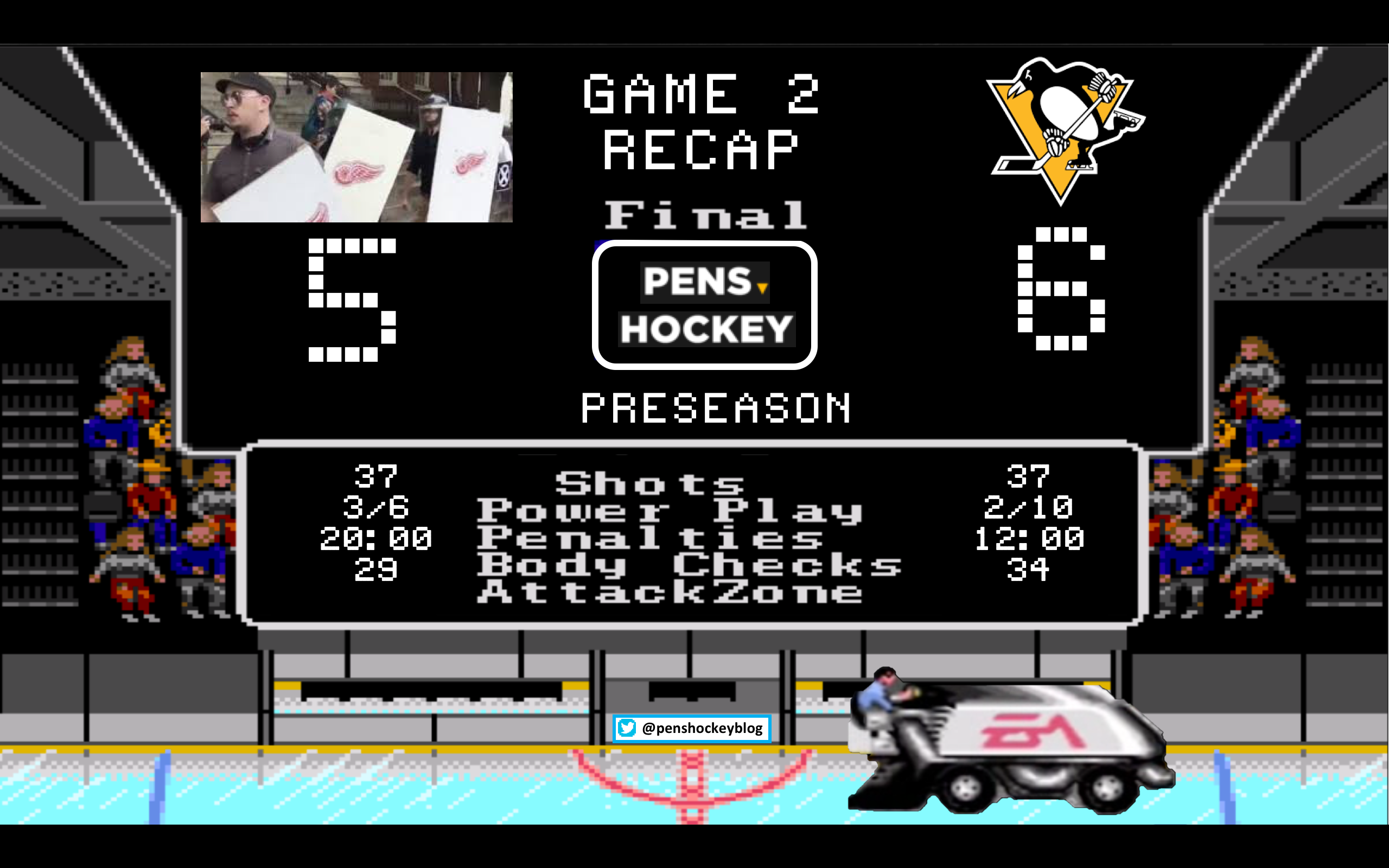 The Penguins continued their preseason last night with their first game in the PPG Paints Arena against the Detroit Red Wings. As usual the Penguins dressed a lineup that looked like it was selected from a hat, with only the “untouchable” forwards not playing.

Nothing else happened in the first period except for a ton of penalty calls as the NHL tries to push for tighter calls on slashing and on faceoff cheating. My biggest complaint is that there has been anywhere from 3 to 7 powerplays per period. I understand calling the game by the rule book (giant raise to whichever genius thought that would be a good idea), but when you start getting into 8 or 10 minutes of powerplay time per period I think it’s ridiculous. The first period in this game had 12 minutes of powerplay time (2 for Detroit, 10 for Pittsburgh). The period ended 1-0. The Penguins ended with TEN powerplay chances while Detroit had SIX. 32 of 60 minutes of play were special teams… yikes.

Before most of us realized the game was back on Adam Johnson tied the game up:

Not even 40 seconds after that McKeggmcmuffin added fries to the order:

The preseason is fun because you don’t believe half of what you read in morning recaps. For instance, we are supposed to believe that a man named Ben Street exists and scored for the Red Wings at the 2:51 mark? Google image for Ben Street says otherwise…

With 9 minutes left in the period Conor Sheary took his new salary and made it rain:

Nice pass by Hicketts to Nyquist for the PPG. DET & PIT tied 3-3 late in the 2nd. #RedWings #Pens pic.twitter.com/n87xzrWbNH

Before anyone realized the third period had started it was The Jackal polishing off a quickie:

Guentzel makes it a 4-3 game early in the 3rd. #RedWings #Pens pic.twitter.com/z05ax9JUV9

Can we admire that finish? Scores a goal, and just turns around like it’s another day at the office, dude is probably going to score 50 this year.

And seconds after the Guentzel goal, @MSU_Hockey alum David Booth drives the net and Matt Lorito finishes it off. 4-4 game. #RedWings #Pens pic.twitter.com/FHWoWNtN8t

Things slowed down for 3 minutes before Adam Johnson continued his impressive camp:

pretty slick shot right there off of a sweet assist from The Jackal (his 3rd of the night).

Gustav Nyquist wasn’t done however and he would tally once more with 2 minutes left to tie the game up at 5.

Second straight game in overtime, but I’m pretty sure 94.2% of preseason games go to overtime. Before most of us realized OT had started Justin Schultz put on his dancing shoes. 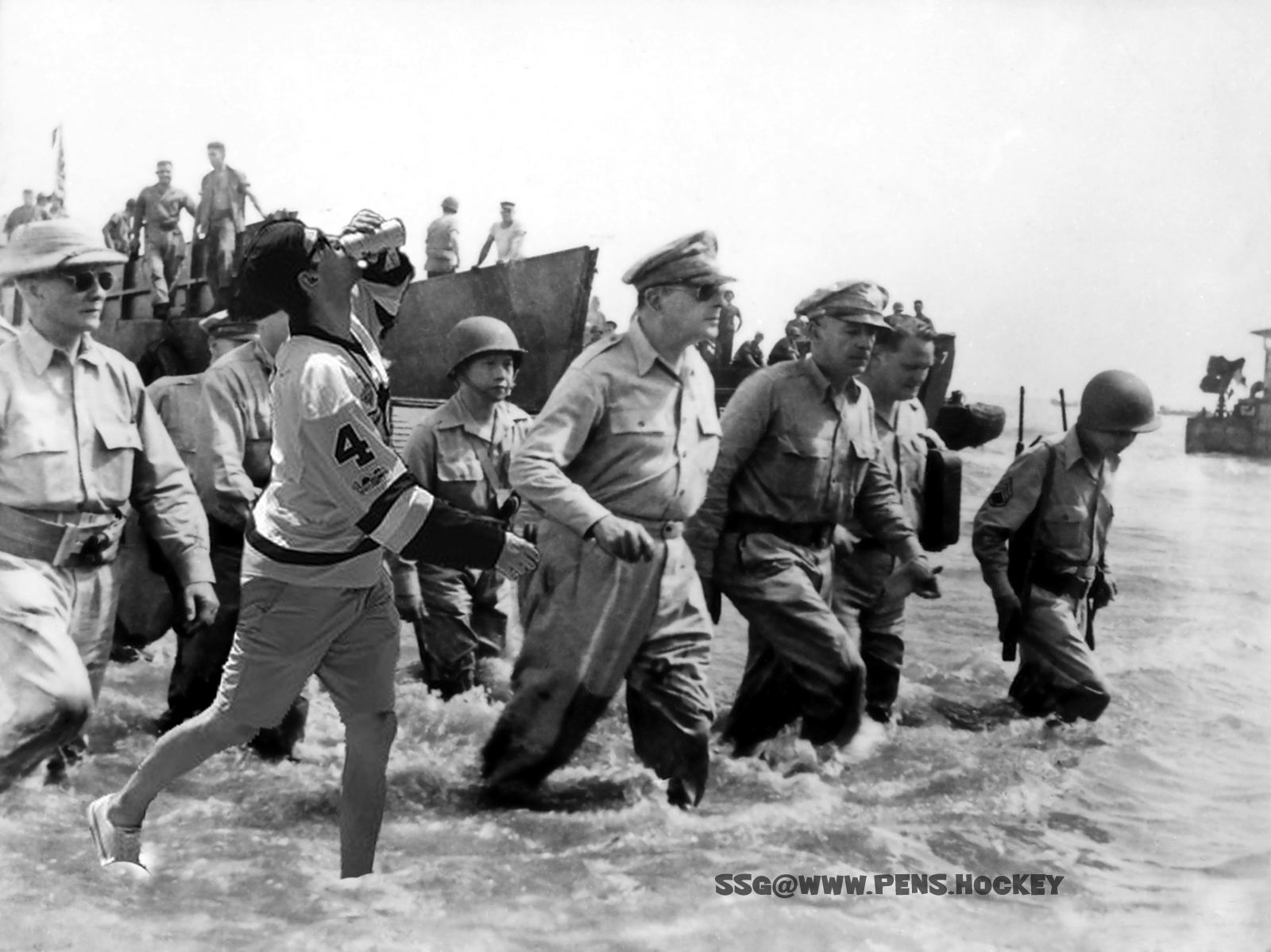 Schultz had a solid game and looks ready to improve on his career altering play from last year. Now if he can keep Letang healthy for 78 games he will probably receive a performance bonus.