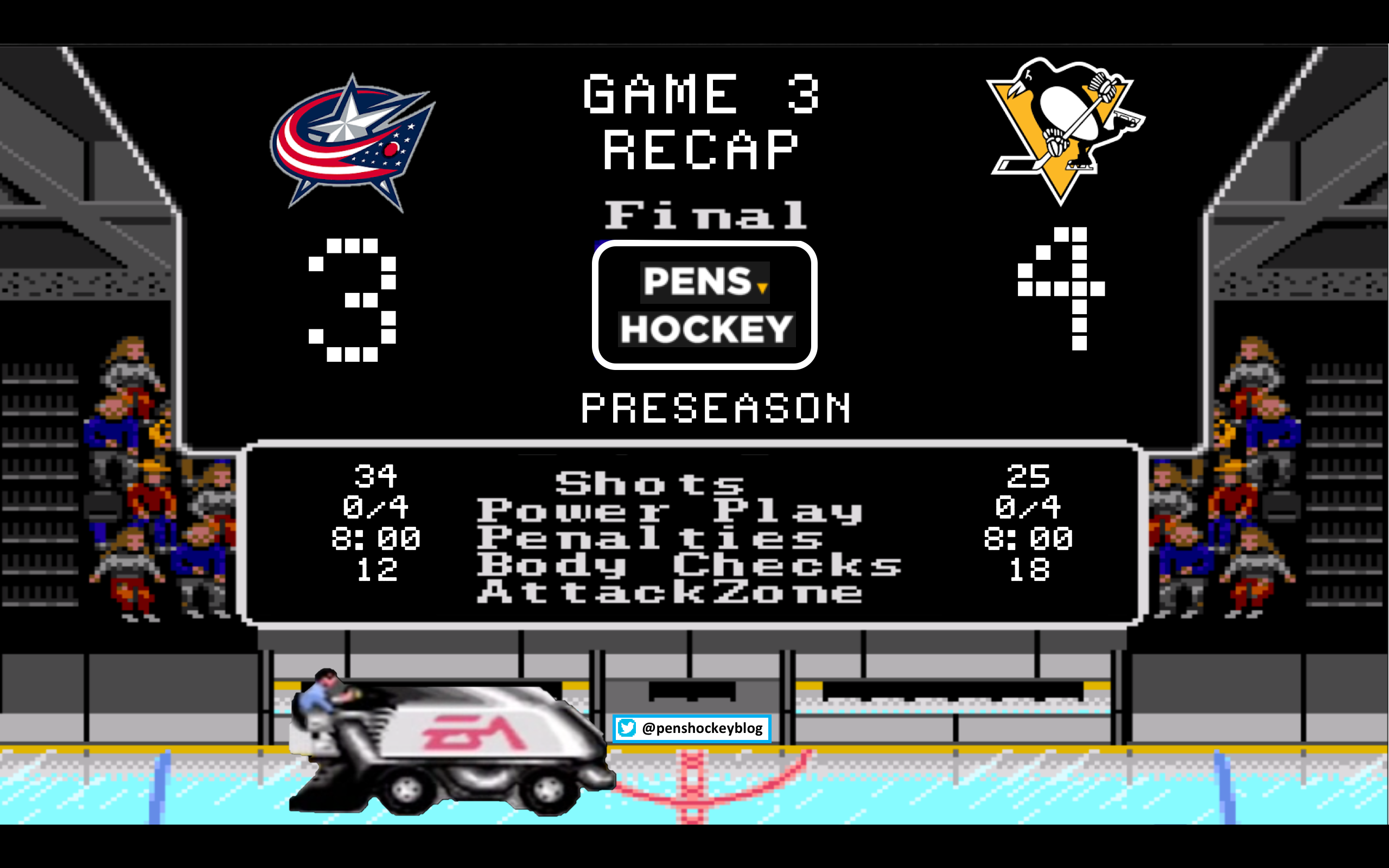 The back to back Stanley Cup Champion Pittsburgh Penguins played their third non-televised preseason game last night while NHLN opted to feature the showdown between two 2nd round exits, the Blues and Caps.

The Penguins decided to roll with the following lines:

It was nice to have a game in Columbus, also known as the Penguins second home. Four minutes into the period it was Sam Militec cleaning up the garbage to get his first of the preseason:

Let there be GIFs!

No other goals would be scored. Niemi stopped 11 CBJ shots.

Less than 20 seconds in the Jackets tie up the game courtesy of Pierre-Luc Saturdays are for Dubois. The game would stay tied until there was one minute left when it was time to get Sprung by Sprong:

Hey, did you know the Penguins are up 2-1 over the Blue Jackets?

The goal was originally credited to ZAR but on further review of this video from the 80’s it was determined that Sprong touched it last.

7 minutes into the third Cameron Gaunce scored but apparently he is no longer a Penguin and received the Brian Gibbons Columbus from Pittsburgh offer. 2-2 game.

5 minutes later it was the man with all the hype getting it done again, as ZAR notches another one:

Throwing the puck towards the net from the half-boards is such an underrated move, good to see a young player thinking about it. The lead lasted for 20 seconds before Dubois scored again.

With less than 3 minutes left in regulation it was the man that seems to be on an absolute tear of redemption putting the Pens up for good:

It was Olli a Maatta of time. pic.twitter.com/DLmgQH88Xr

Both of Maatta’s goals have come from him pinching down, which during his rookie season is something we saw him do a lot.