It’s late. The kids are in bed. Your wife is wishing you had a bidet. 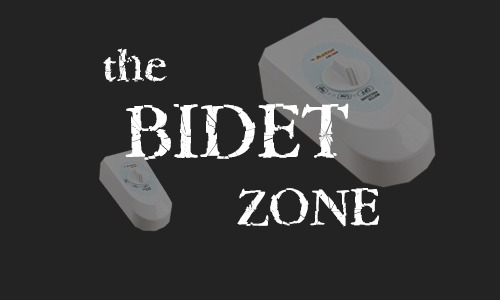 My original intention was to compare my experiment to jb0t’s, which he did in the comment section a few months back. He can’t find those comments or his photos, I can only assume because he is a coward.

While j-b0t went the lazy route of “let’s pour some syrup on my arm and call it a day”, that’s not going to cut it in my lavatory laboratory. With this experiment we’ll want something a bit more realistic. I combined peanut butter, powdered sugar, cocoa powder and a bit of milk. 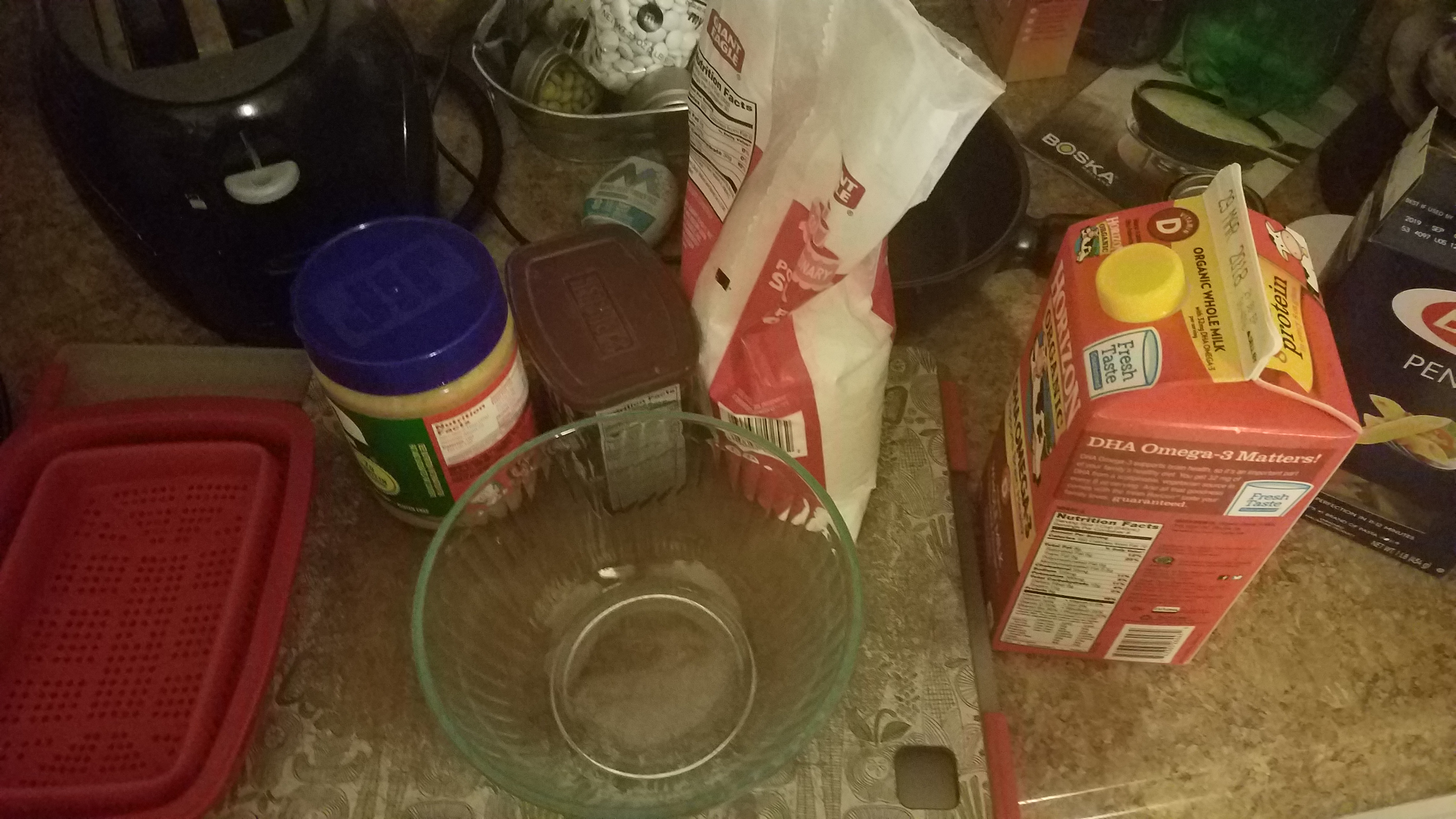 Getting Your Shit Together

To get the mixture to become a bit more powdery I threw in some baking soda. Then mixed it for a couple minutes. 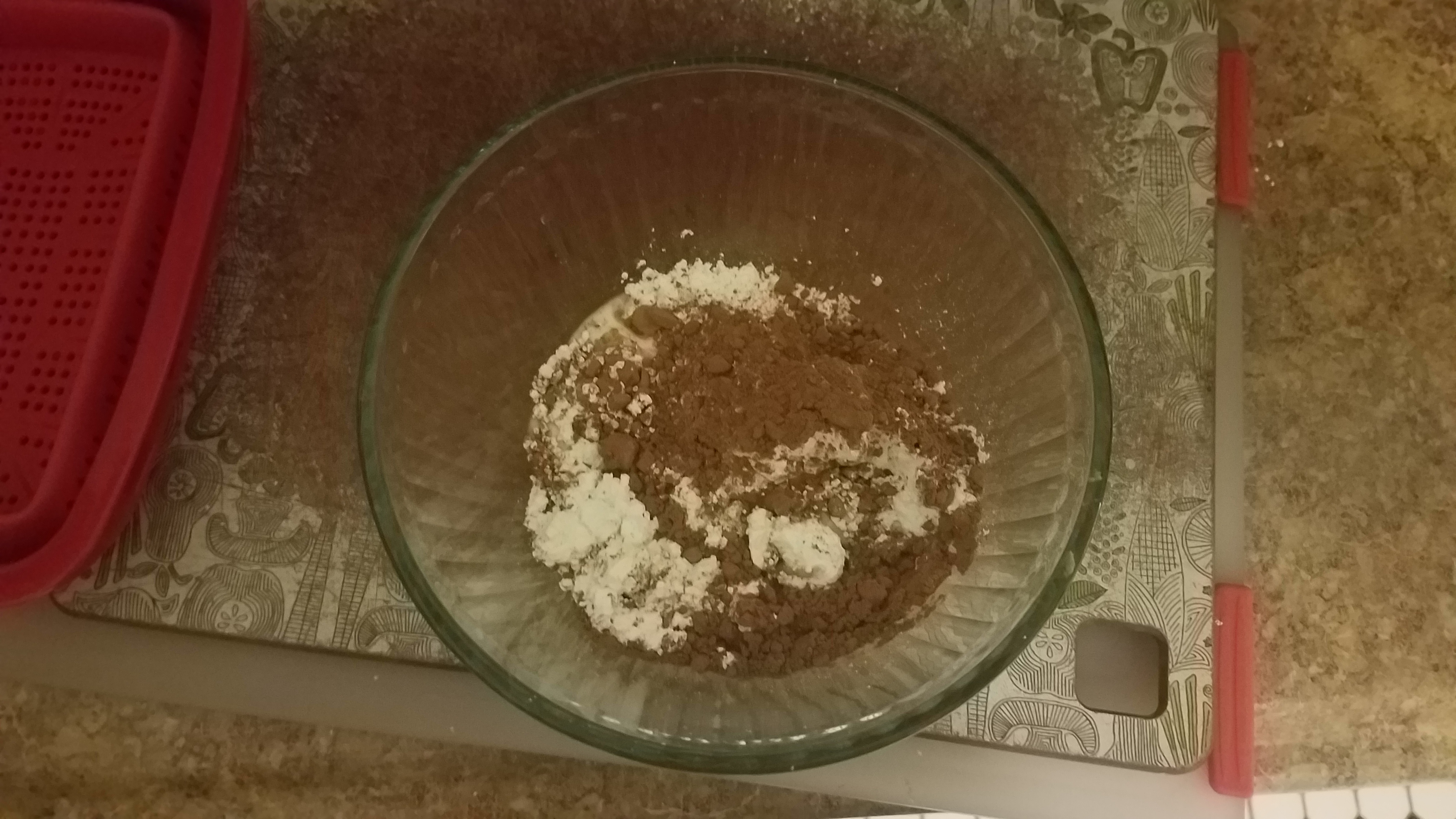 The only problem now is that the turd LOOKS like Radko Gudas however it’s just a bit too powdery, “WE” need a bit of liquid in here. 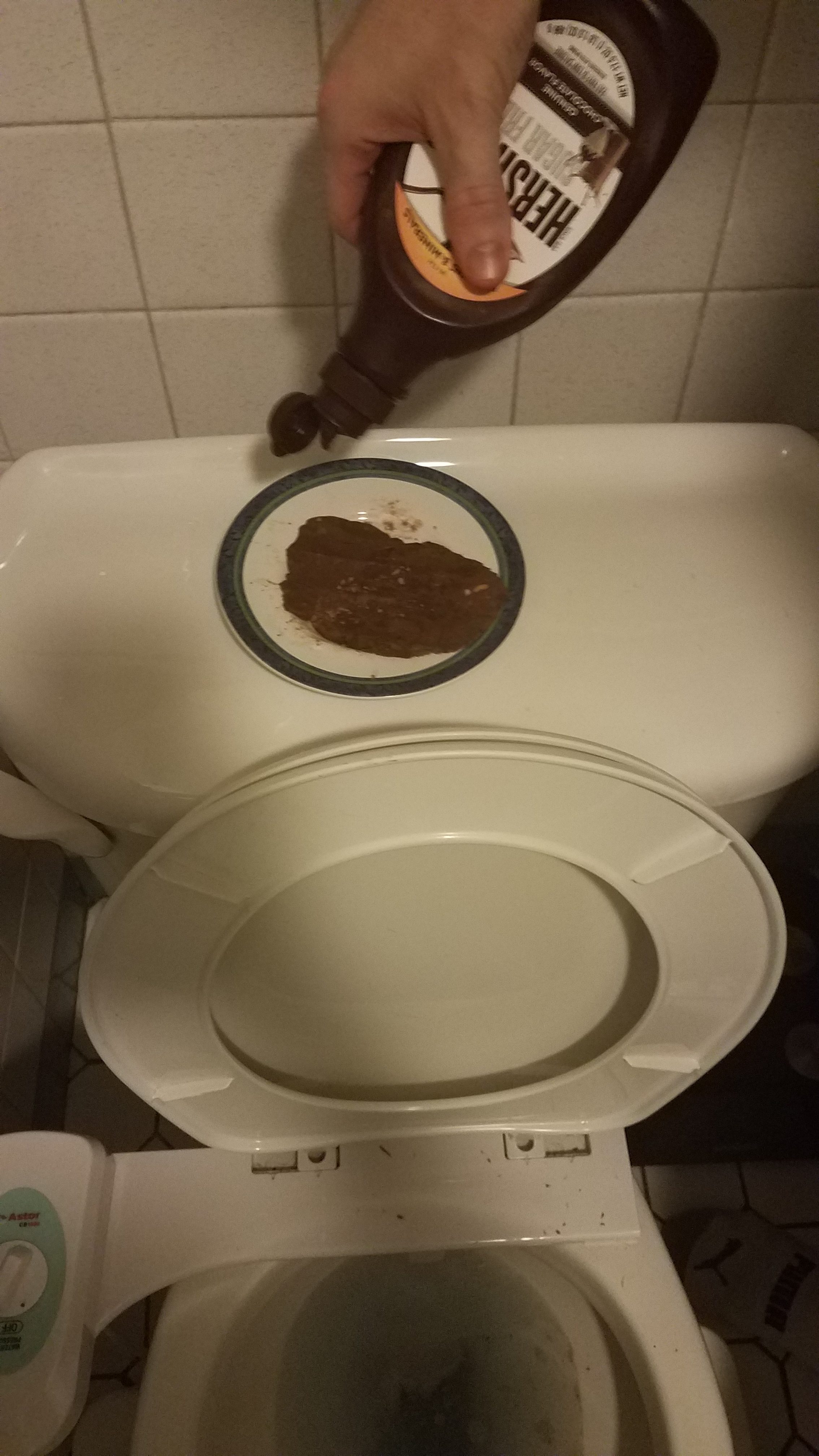 We’ve finally found a good use of sugar-free chocolate syrup.

What a Load of Shit!

We have the perfect combination of wet and dry. Now that’s a Dubinsky-worthy turd! 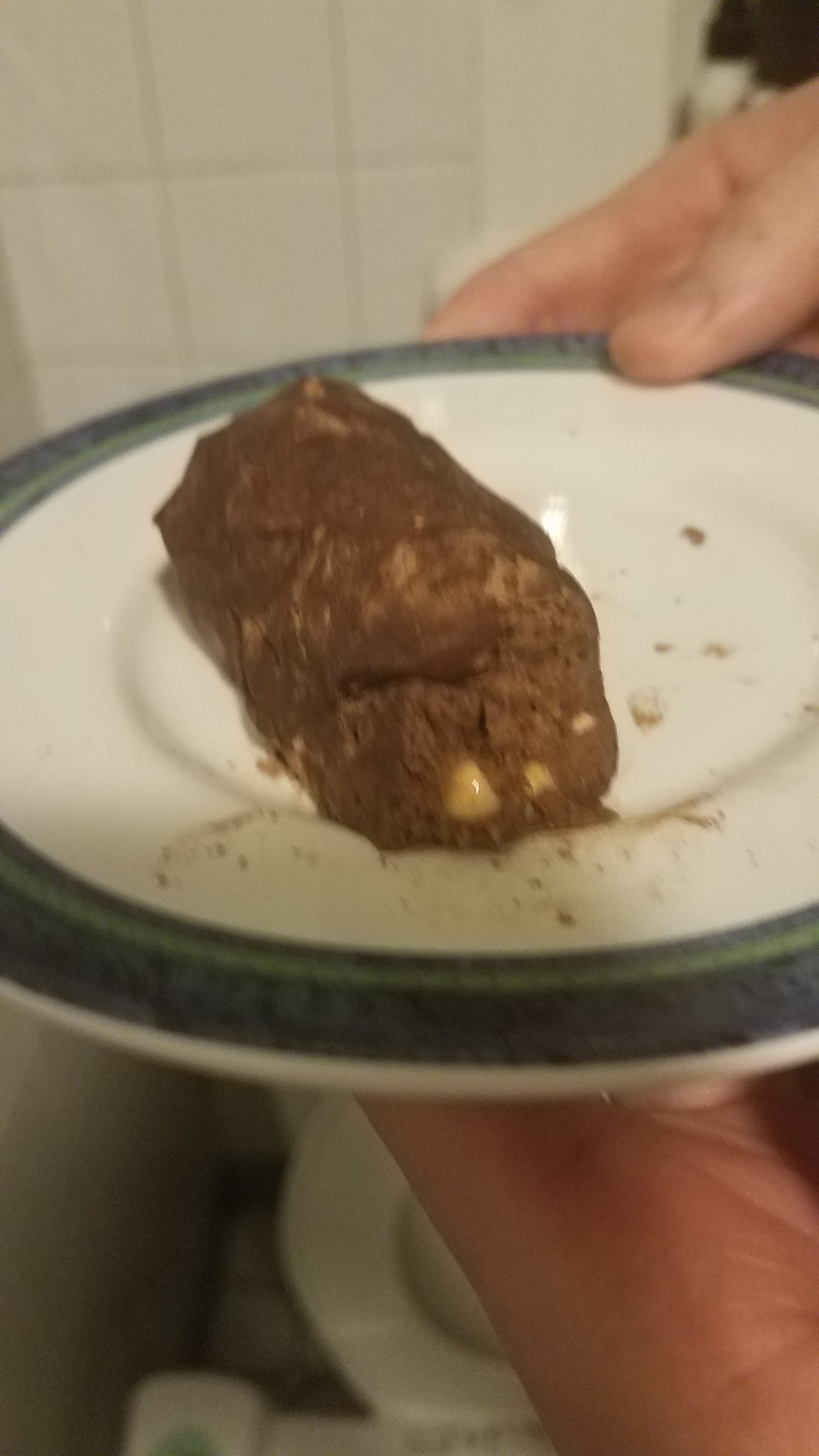 The Shit End of the Stick

Another problem is that j-b0t is one of the millions of Americans unlucky enough to NOT have a bidet so he had to use a sink. Anyone with a bidet knows- the jet stream comes out kind of like this.

We’re going to be using the real deal.

Note how clean the toilet is. Shortly after this photo was taken I splashed fake turd nearly everywhere. I assure you, our bathroom isn’t normally covered in fake shit. 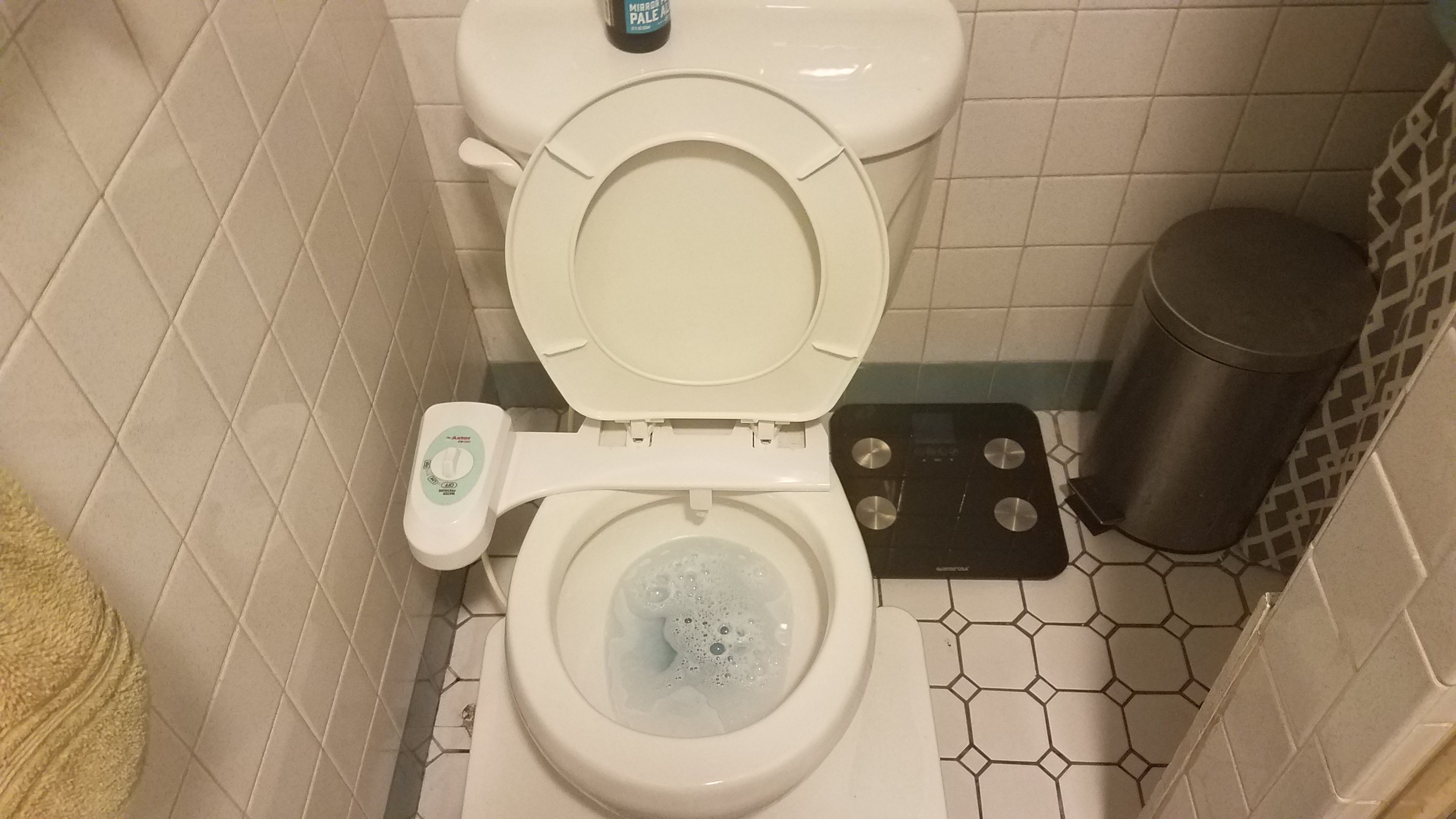 1) The Way of the Typical American.

IFi
I had to make sure my arm was nice and smeared for this. I assure you for the 2nd attempt (with the bidet) I put even MORE shit on my arm, so don’t be thinking I played favshits with this.
The Wipe Off

As you can see, I awkwardly went through two full sheets of toilet paper, pawing at removing the shit. Finally I succumbed to having about 90% of the poop removed before continuing on with the rest of my night – which I can only assume is what j-b0t’s bum looks like  on any given day.

2) The Way of the Chosen

To make sure I really gave the bidet-doubters a chance, I smeared a TON of thick chocolatey goop on my arm.

As you should know, or now you will learn, bidet etiquette is to wipe – wash – wipe. So there’s the initial wipe, and here’s the wash and the last wipe.

Because of my sitting position the jet stream went literally everywhere. You can see my pants soaked. My face was also covered in doo-doo water. And with this amount of force, sure enough, with the next wipe of the TP my arm (see: butt) is 110% CLEAN.

Look, I’m not here to convince you of anything.

And I just did.