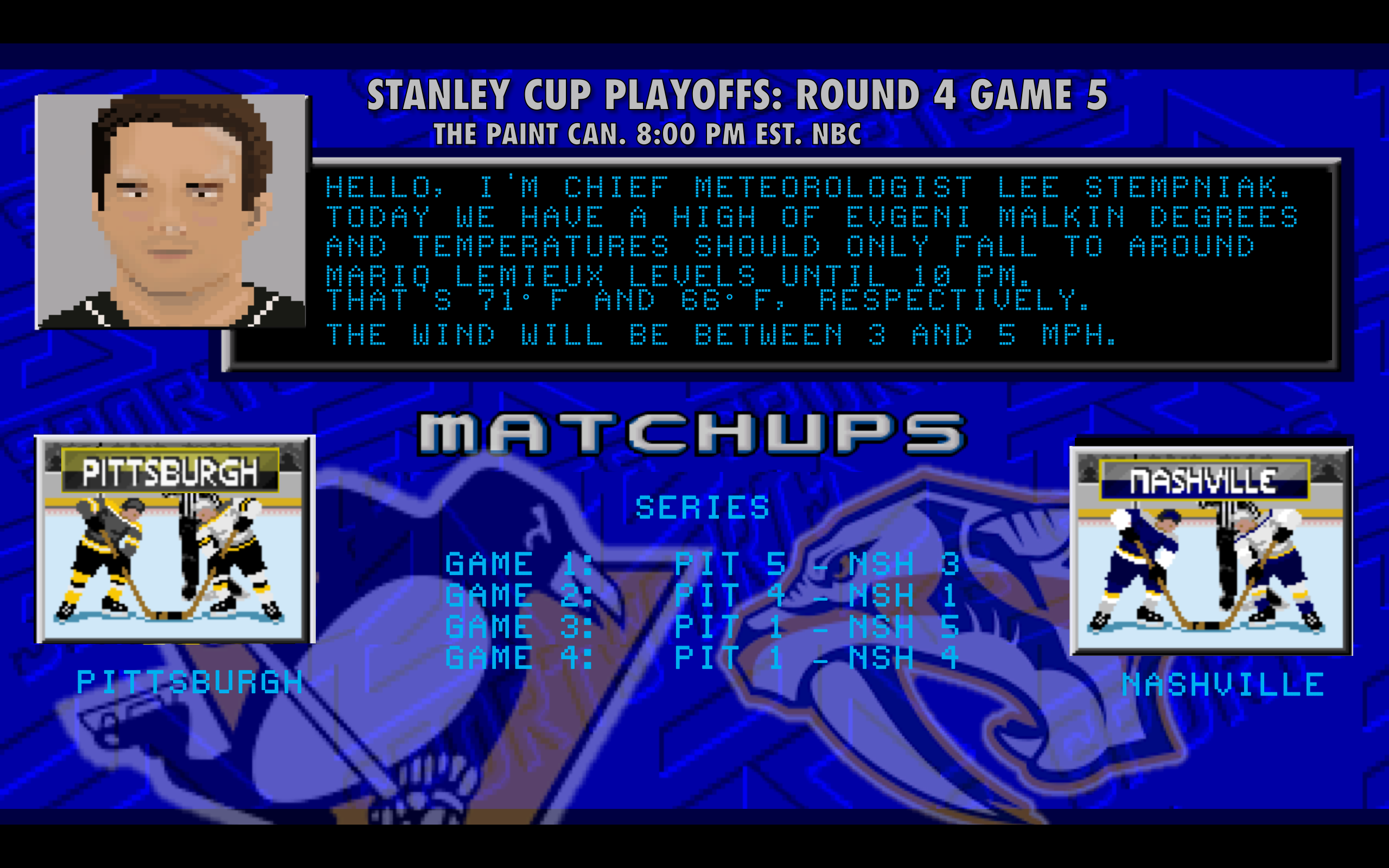 Good God is it nice to have a hockey game tonight. Though I’m sure the team appreciates the two days off it was absolute hell for anyone that is a fan of the Penguins and can read. Things started out predictably with some “end of the season” articles after Nashville tied the series up 2-2, because Pittsburgh is a very “what have you done for me now” driven media forgetting that other teams can win games too. Those were expected takes. Then came an ESPN article which should’ve been ignored solely because it is ESPN covering something other than football and basketball. TL;DR the article questioned Crosby and Malkin’s legacy, saying this game determines it… because a duo that has carried the team to twice as many Stanley Cup Finals as Lemieux/Jagr and only one less than Gretzky should be questioned. Unfortunately as a society we have a hard time ignoring the dumb shit, and that article was possibly the dumbest of them all in the last two days; though Dan Kingerski saying Nashville lied about their noise levels based on his own decibel meter he had at the game and Steve Simmons trying to get some additional clicks to support his coke habit by saying Letang might play were both very good competition.

Even DK jumped in to the race early by, as usual, writing only what they know will get reads, posting a full article on why Fleury should play game 5. Unfortunately for DK his piece actually involved some real hockey talk so it was buried. Unfortunately for us, all of the DK Lunatics out there ate it up and have been all over Twitter now.

What do we know?

What don’t we know?