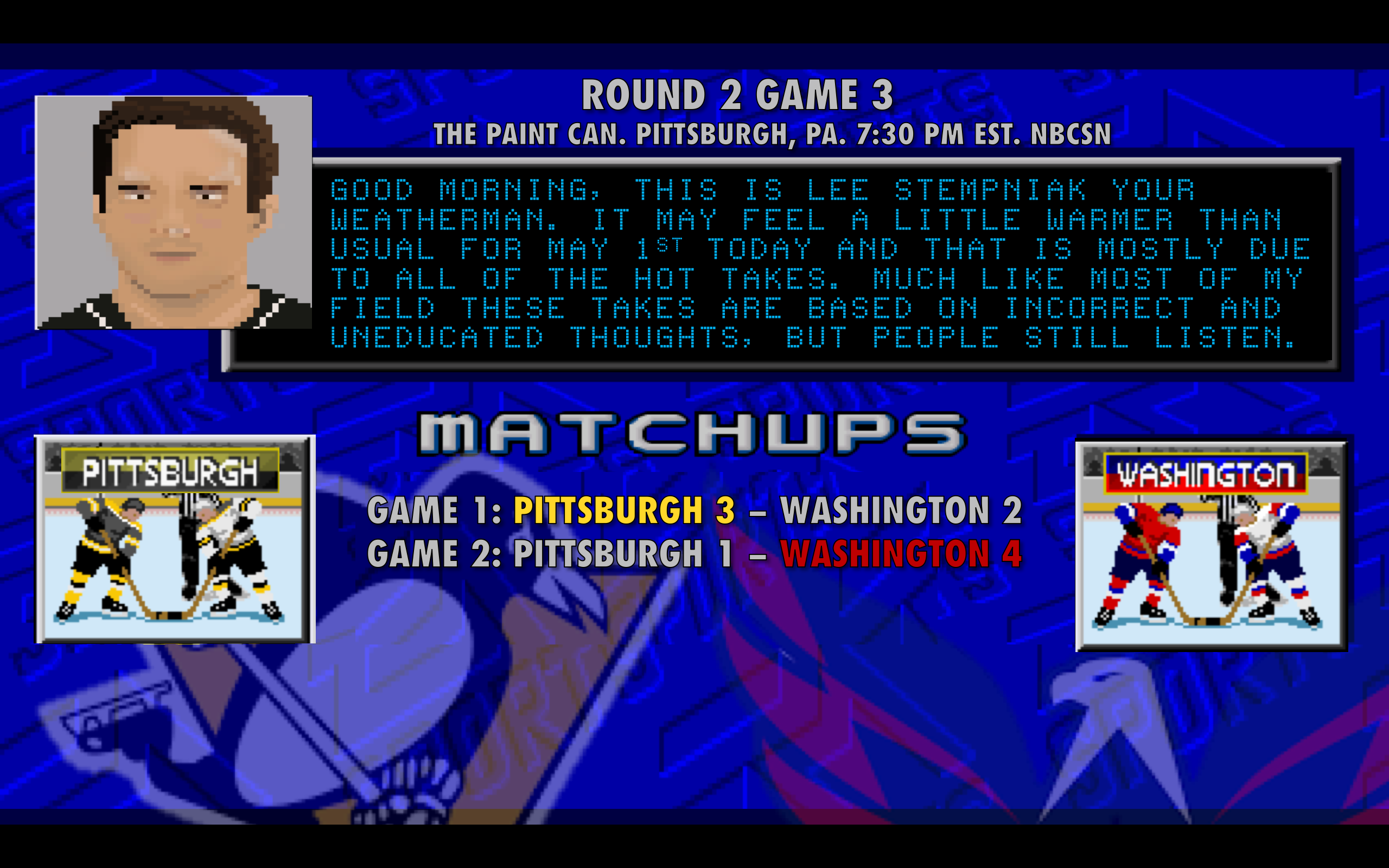 The Penguins return home for game 3 in their second round matchup against the beloved Washington Capitals tonight after splitting the first two games of the series in Washington. In game one the Capitals appeared to have a sure thing lined up until the Pens swooped in and cockblocked them with a killer smile to steal the girl at the last moment. In game two we were treated to a good amount of controversy which is only fitting coming from DC.

The dust has settled, there are no suspensions, there are no “no goal” calls, there is nothing but game one of a now best of five series. What does this mean for the Penguins? It means that they are exactly where they want to be and exactly where Washington didn’t. We hear it over and over throughout the last month of the regular season that teams fight so hard to earn home-ice advantage in the playoffs because it is a chance to start each series off right. The Penguins went into Washington and did exactly what they needed to do with 66% of their top 6. Now they return home to an arena that wasn’t too friendly for the Pens in their first round series where they went 1-2 outscoring Philly 10-9 thanks to a 7-0 game one win but getting outscored 9-3 in the other two games. The Capitals on the other hand went 3-0 in their first round series against Columbus on the road outscoring the Jackets 13-6 which is shocking considering Columbus had Ian Cole. With all of this in mind lets look at the last two years between these two teams:

2018: Games 1 & 2 were split in Washington. Game 3 is tonight. In the Mike Sullivan era the Penguins have failed to have the series advantage after game three exactly one time (last year against Ottawa). Tonight they skate out to their home fans, with a familiar face returning to the lineup:

Tonight the Penguins have their chance to put their mark on this series.

Mike Sullivan is 9-0 in playoff series with a team that wouldn’t scare a child if encountered in a dark alley. The Rangers in 2016 attempted to schmuck it up with the Pens, so they went faster. The Blue Jackets tried to grind the Pens down last year so Sullivan adjusted his lines and the team dismounted the threats in 5. The Capitals have attempted to beat the Penguins physically two years in a row, the Penguins have responded by moving on to the third round each time. The team needs to play the way they can, because this Washington team is thinner on D than an Asian and they know it.

THE REFS NEED TO MAKE SOME CALLS!!!!

It’s the NHL dude. Unless you just started watching hockey during game two there shouldn’t be a call that surprises you. It is literally the greatest sport in the worst league. The secret here is even if that goal was deemed a good goal the team was still down 3-2. We spent an entire summer telling Nashville fans that the no goal in game 6 didn’t change the outcome of the series, same story here. Stings, sure, but that will hardly be the difference maker.

All I know is that if he did it most likely would be deemed unintentional.

If the Penguisn want to make a differnce in game three they need to address the one area of the game where they’ve been beaten and that is the first 10 minutes of the game. Washington was able to get out to quick starts in both games and in both games the Pens were trailing less than 3 minutes in. This team has the right to be pissed off coming into tonight. They have the right to have that chip on the shoulder. If they want to make sure everyone knows that the Capitals needed that no goal call and to take out a top pairing defender in order to beat them then it starts tonight with a strong and aggressive opening to the game. The scariest thing for Washington is they have seen the best the Penguins have to offer for about 9 minutes in this series so far and are still only tied. Tonight it is all about the Penguins going full Tyrone in the prison, no lube, straight in, see you Thursday bitch.

Above are the lines that the Penguins used in practice yesterday. Outside of this group of plays Mike Sullivan announced that Daniel Sprong might be an option moving forward and it was announced that Carl Hagelin has been out because he bit off half of his tongue on the Giroux hit in round one. I bite the side of my mouth and curse enough to send my soul to hell twelve times, imagine biting part of your tongue off. 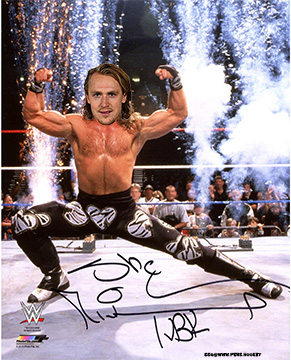 The biggest lineup change in practice yesterday was Sullivan putting Phil Kessel on the third line and moving Rust up. Personally I like this move for multiple reasons, the Kessel-Malkin combination has been underwhelming for the most part, Brassard as been underwhelming for the entire part, potentially getting some Brassard-Kessel chemistry gives the Pens a third line that cannot be matched by anyone in the Caps bottom 6, the Pens are 2-0 in Stanley Cups with Kessel on the third line.

Brian Dumoulin was a full participant in practice yesterday and said he felt fine after the dumbass slammed his head into Tom Wilsons innocent shoulder.

It’s not a matter of having the better team tonight. It isn’t a matter of the refs, dirty hits or really anything. It all comes down to a desire to win. It is time for the Penguins to respond from the opening faceoff until the final buzzer. If they play to their abilities they will not be beaten by this Washington team. It’s time for the Pens to pull up the big boy pants and get the job done.