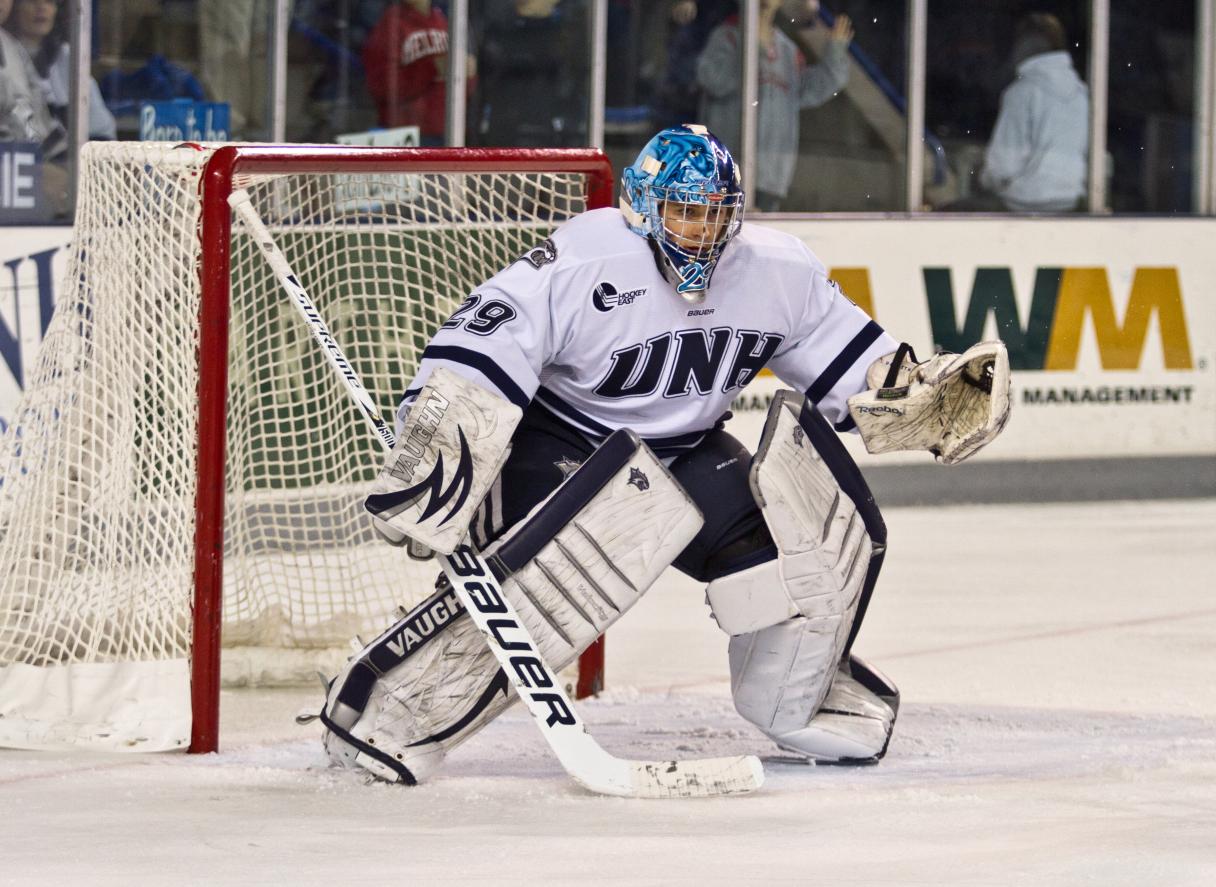 This guy, Casey DeSmith, is going to share the net with MAF tonight for the Penguins.

Not knowing who he is, I decided to google him, which brings up some interesting, non hockey related results.

According to court documents the incident occurred at approximately 12:59 a.m. on Aug. 31. Durham police officers say they received a call from a woman who stated she was a domestic violence victim and that DeSmith had assaulted her.

*According to police statements,the victim was thrown to the ground, jumped on top of, and was repeatedly punched and spat upon. Police say that DeSmith “appeared intoxicated” and that when they arrived, the victim had physical evidence of the assault on her body.

Comments from other websites suggest these are false allegations

Wow you weren’t kidding. Second the recommendation to read the actual press release on the Concord Monitor site. Evidence DeSmith presented was compelling enough for UNH to reinstate him…

Unfortunately, the Concord Monitor link which has been shared a few times is now defunct, so no clue what the actual story is. But punching and spitting on a woman while on the ground is a pretty bad look.

If this is misinformation I’d gladly help promote whatever actually happened, since it appears to have vanished from the internet, and the guy’s name should be cleaned if he’s innocent. But if he’s guilty…