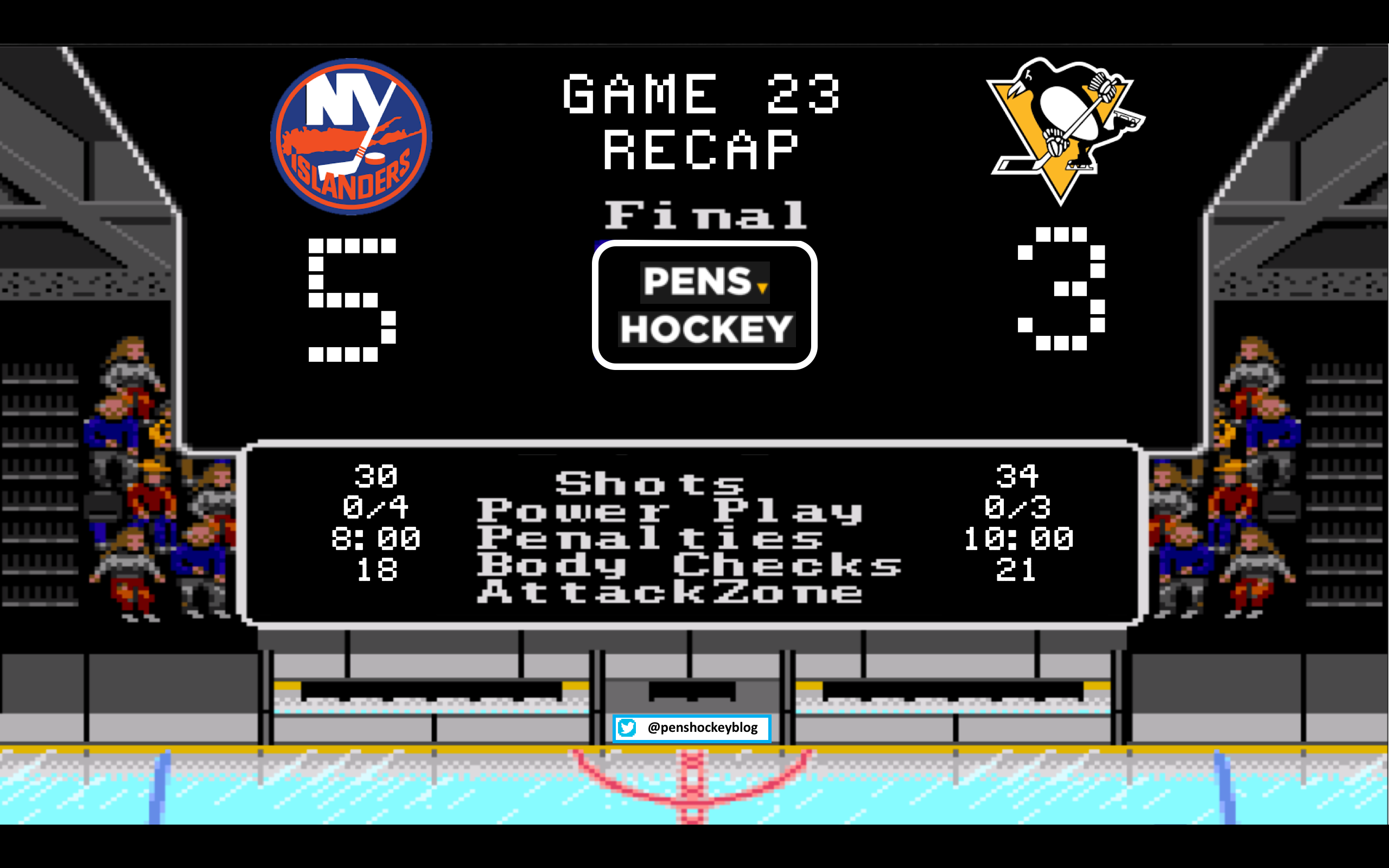 The Penguins continue to live life by the flick of a switch. Down 3-0 to the Islanders in the third Sidney Crosby became the hardest working player on the roster, his leadership and work ethic have been off the charts since Sullivan took over. Since this is a back to back and there were 8 goals, I am going to describe the periods with words, not yuge words though, and then the full game highlights are at the end of the recap.

Matt Murray is going to want a few of these back for sure, especially the first goal from Johnny Boychuk, assisted by Bailey and Nelson, where Boyfuck put a shot on net from a low scoring percentage spot through traffic and beat Murray over the blocker.

As we entered the second period the bounces kept coming for Brooklyn, something I am sure they haven’t had much of this year based on their record and the look of relief on their faces after the second goal went in. Murray made a good initial save, and then channeled is inner fish out of the water, or Carp-Andre if you will, and kicked the puck over the line. Jason Chimera was given credit for the goal and the assists went to Mayfield (who the Frk is that?) and Beauvillier (pretty sure this is a character from the Great Gatsby). The Islanders were getting pucks to the net and were sticking with the Pens in transition the entire game, and it paid off again late in the second when Casey Cizikas deflected a puck from Mayfield over Murray’s shoulder. The worthless Andrew Ladd picked up the second assist on that one.

The Penguins down 3-0 entering the third period, they’ve played like the Islanders have played all season, shitty. So Sidney Crosby (6) decides he is going to once again be the leader that we sure as hell didn’t deserve, but absolutely the one we need. In the first minute he completely out hustles the Islanders defense and throws a pass to center for Hornqvist (9), whose shot was saved but Conor Sheary (5) was there to clean up the garbage. As we know, when the Penguins turn their game on nobody seems to be able to hang, and that was the case again. At the halfway point Ian Cole (4) fed an innocent pass to Justin Schultz in the offensive zone, and Schultz danced around the entire team and scored an absolute beauty for his first of the season. Really hope that goal gives him more confidence, because this thing was gorgeous. A 1 goal game and the Pens are storming, can they possibly pull off yet another comeback? Cue Sidney Crosby (7) doing the exact opposite of what every fanbase in the NHL says he does. A penalty of some sort was taken on Crosby at the blue line, and instead of whining to the refs life everyone insists he does, he stays with the puck and makes a perfect pass from the ice. Dumoulin (3) learned how to pass during his healthy scratch and waited out the Isles defense long enough before finding Geno Areno (9) for a tap in back side. Tie Game.

Living by the edge of the sword comes with consequences, and the early goals given up by the Pens defense and Murray proved to be the difference. With less than a minute left Boychuk and Hickey teamed up on a D to D pass, and Hickey put a shot pass right on the stick of Anders Lee, which deflected perfectly into the goal. The Islanders got some bounces early in the game, but I am glad that the game winner was an actual hockey play. After the goal Sullivan decided to pull Murray for the ensuing faceoff, something I have only seen Patrick Roy do in real life. The Islanders won the faceoff and shot from center ice to score on the empty net. Really odd call by Sullivan there. And that’s the game. 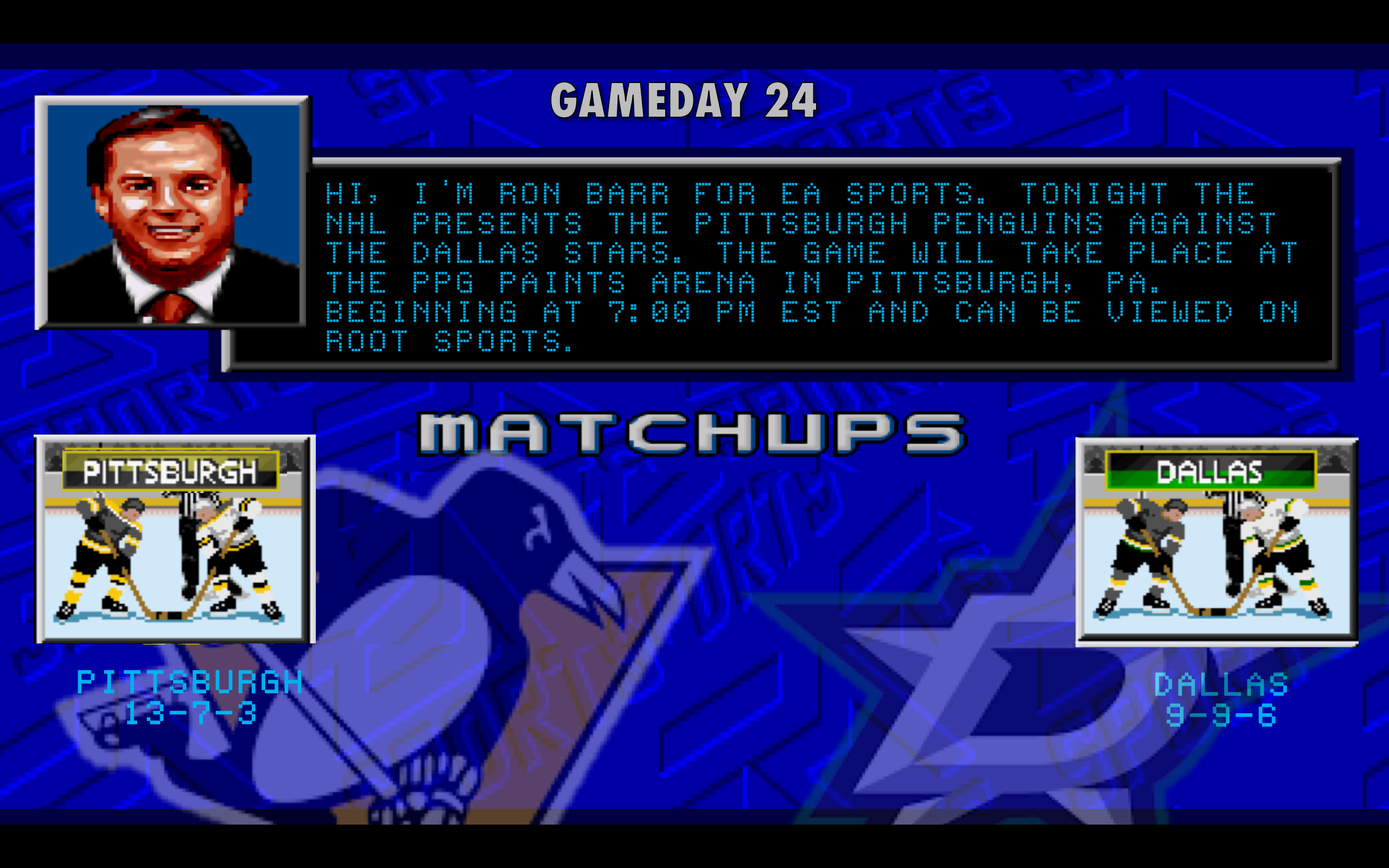 So now the Pens head back to The Paint Can to face another sub .500 team in the Dallas Stars. Dallas is yet to be the offensive juggernaut it was last season, and somehow losing Alex Goligoski has rendered their defense incapable of shutting down other teams.  They have also been hit pretty hard with injuries, so there is that. 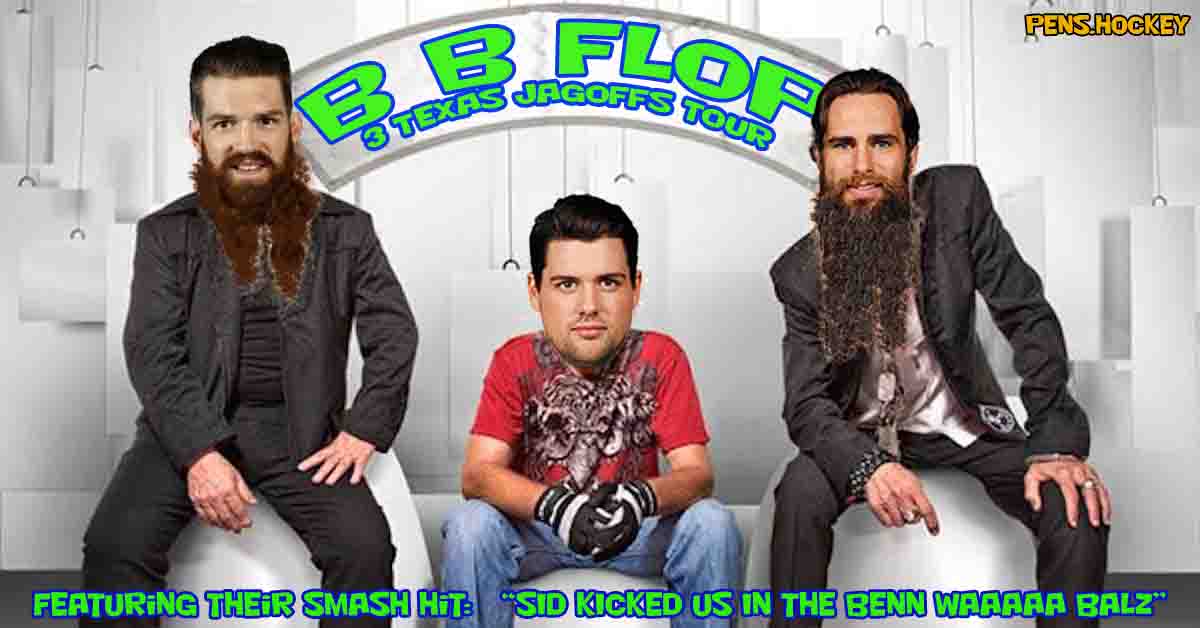 HONKA HONKA. Who in the hell is even on their defense? They opted to not sign Goligoski for this? The Stars do have 2 of the best top lines in the league, which goes to show just how bad the defense and goalies have been, which could easily be said for the other team in the image. As for the Pens, no real clue if they will make any changes to their lineup from last night. I still think Wilson should play over Fehr but I’m a nobody. It wouldn’t be the worst decision in the world to throw Pouliot into the lineup tonight, the worst that can happen is you lose to a team below .500, which at least you can blame this one on Pouliot and Fleury. Most likely the Pens will come out in this one like they did at MSG last week, and we will continue to see the “we’ll play when we want to” Pens, and honestly if they can continue to turn it on at will I really can’t complain. Getting amped up to play 82 games with the same intensity isn’t going to happen, but when they get fired up nobody has shut them down, and that is your dose of positivity blog for the day. 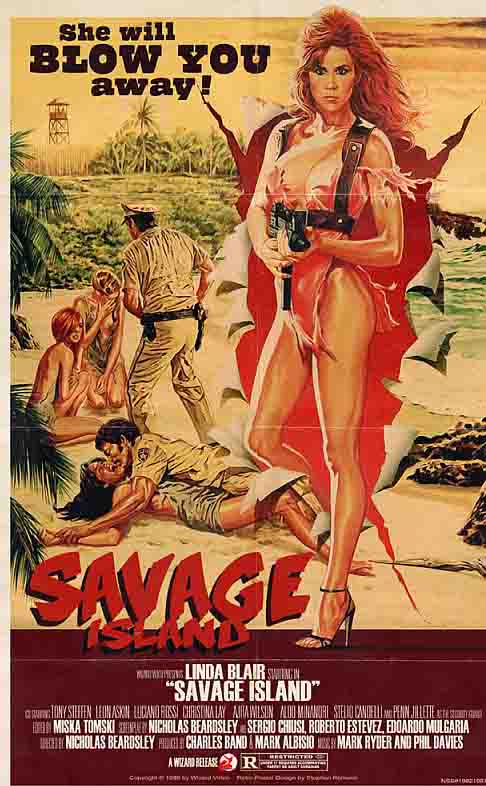 Our "Penguin Balz" got kicked in pretty bad last night...so I recommend that you each take one of these and call DR DICK RADOLPH in the morning to get yer feels better

Whose gonna "front" for the big rebound jam tonight?