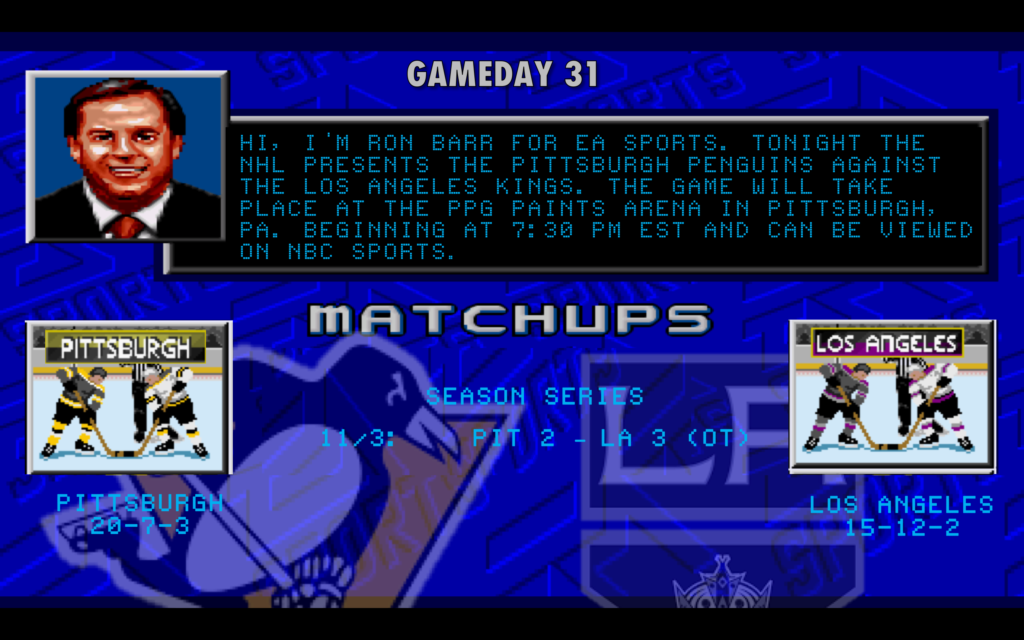 The Kings come flopping in to the Paint Can with more insecurities than an 18 year old step child with daddy issues. Since losing Jonathan Quick to injury the Kings have struggled to find a footing in net, relying on the Peter Budaj/Jeff Zatkoff tandem. They have been able to slip into the second wild card spot, so congratulations on that. The Kings started our game one hero last night, so it is likely we will see Peter Budaj in net tonight. The biggest story of this game is the loss of Kris Letang and how Sullivan and Martin fill the void. The obvious answer would be to give the resurgence of Justin Schultz a shot, but the rebirth of Schultz has occurred in large part due to his minutes and match ups. Schultz isn’t a top 2 guy, and I don’t think breaking up cole and Schultz would be wise. As for who the Pens call up, it is likely that Derrick Pouliot gets his final “make it or break it” shot with the organization, but the Pens have also been known to go with the reliable Oleksy and Warsofsky in the past. If it is indeed Pouliot, he knows all eyes are on him, so hopefully that doesn’t lead to too much nervousness and not enough hockeyness. 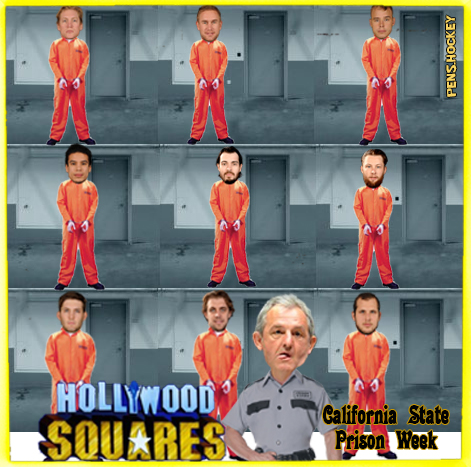 Their gameday for us.

This is essentially SensChirp 2.0. Let’s go over there and chat with them before/during the game. Be respectful, obviously, but also make fun of their team and city. You know the drill

Has a horribly bland name, so they’re in our boat.

Meet you in their gameday.

The Kings had a few interesting contracts to choose from, but we felt the need to go with:

5 mil at 39….woof. Stats arent really that great either. This is more expensive than Hornqvist, for example. The deal was signed when all teams were giving away contracts just below 5 million because they thought the cap was going to shoot up to 80… great management. 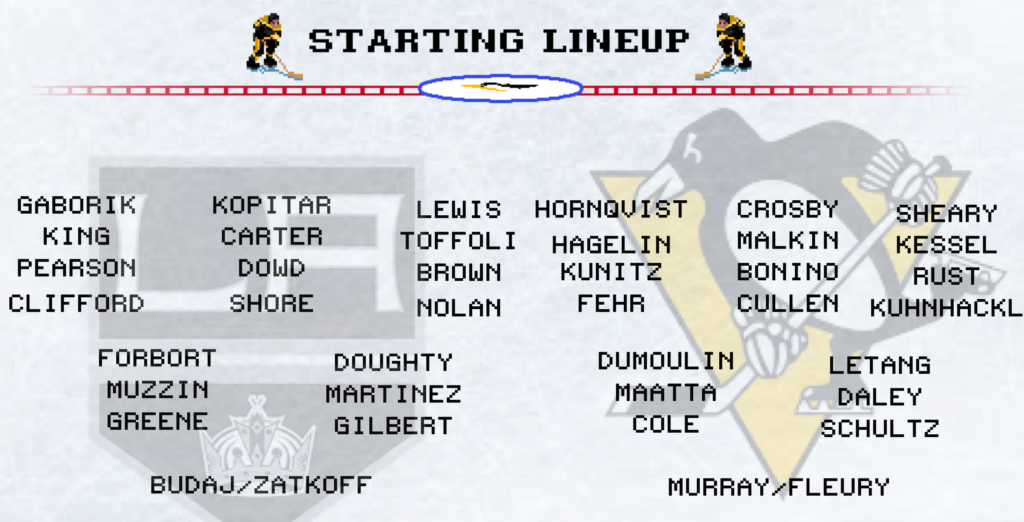 I left Letang in for now because I don’t want to assume Pouliot gets the call up. I also left Fehr in because every time I do he gets scratched and I hope that continues. If Pouliot is called up I think slotting him with Dumoulin isn’t the worst idea, and may be the only reasonable position at the moment. Back to back situation for the Pens, Fleury has to get one of these starts, but damned if I am going to predict the mind of Sullivan. The Kings play a similar style to the Bruins, so expect a similar result tonight, though without as many shots. The Kings will attempt to grind the Pens down in Danny B fashion, but the Penguins speed is a tough devil to deal with. For any success the Kings will need to put 47 shots on goal like the Bruins did, making the defensive adjustments in the absence of Letang the key to this game. Final reminder, the game is on NBCSN so make sure you set your DVRs to the proper channel!