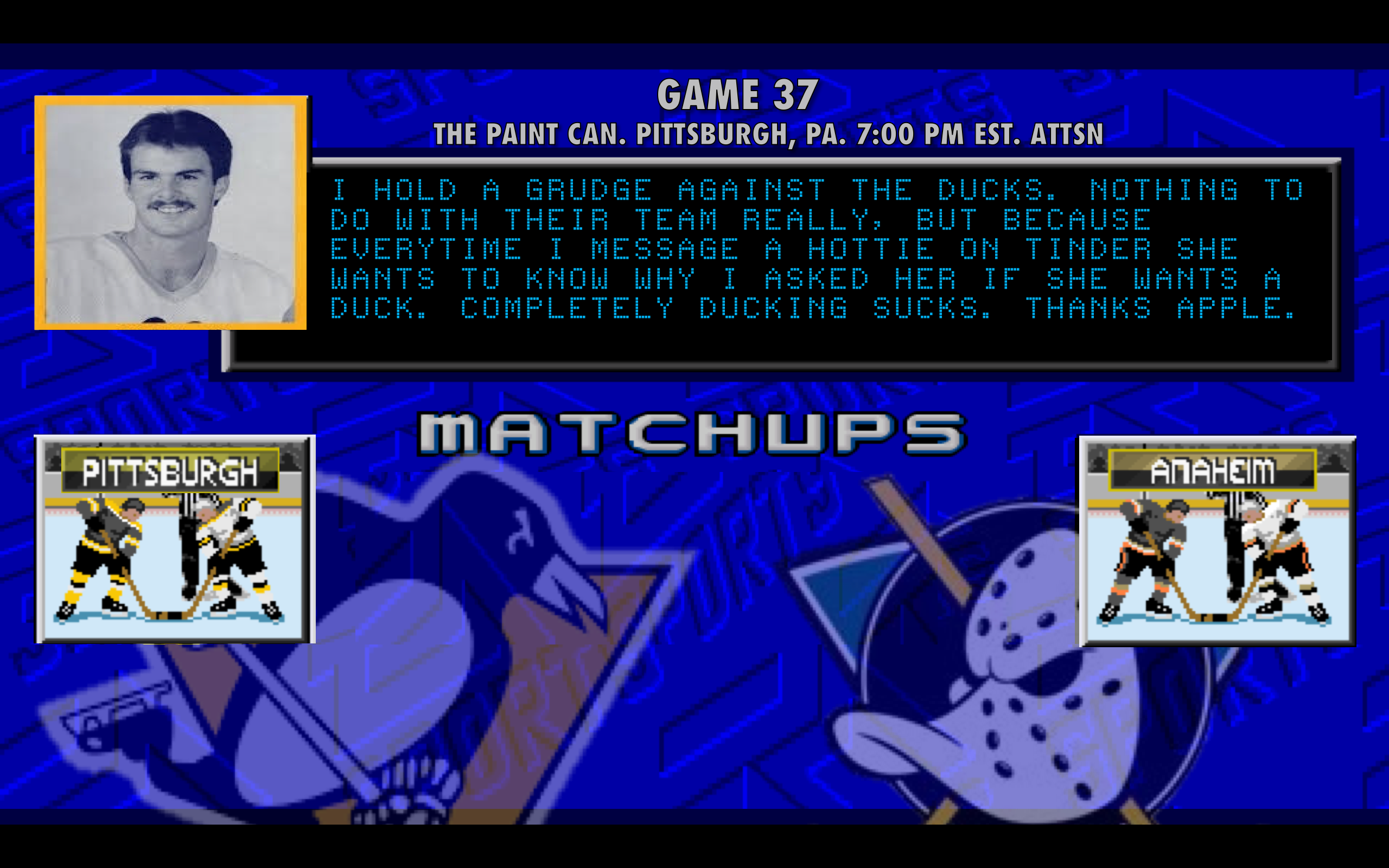 The Penguins are back at it tonight in their final game before the Christmas break and they are looking to hopefully build on whatever spark they lit in their last game. The physicality shouldn’t be hard to duplicate considering the Ducks are known for their physically dominant style of play, because of this it wouldn’t surprise me to see a lot of the fourth line in the first period again. The Ducks were apparently fooling around in bed with someone from the Penguins over the offseason and contracted the injury bug:

The same site estimates that the Ducks have lost 13.2 points due to man-games lost (2nd only to the Golden Knights 16, which is ridiculous considering their record). Despite their injuries the Ducks are one point out of the wildcard race in the West, and 5th overall in the Pacific but only 2 points out of third: 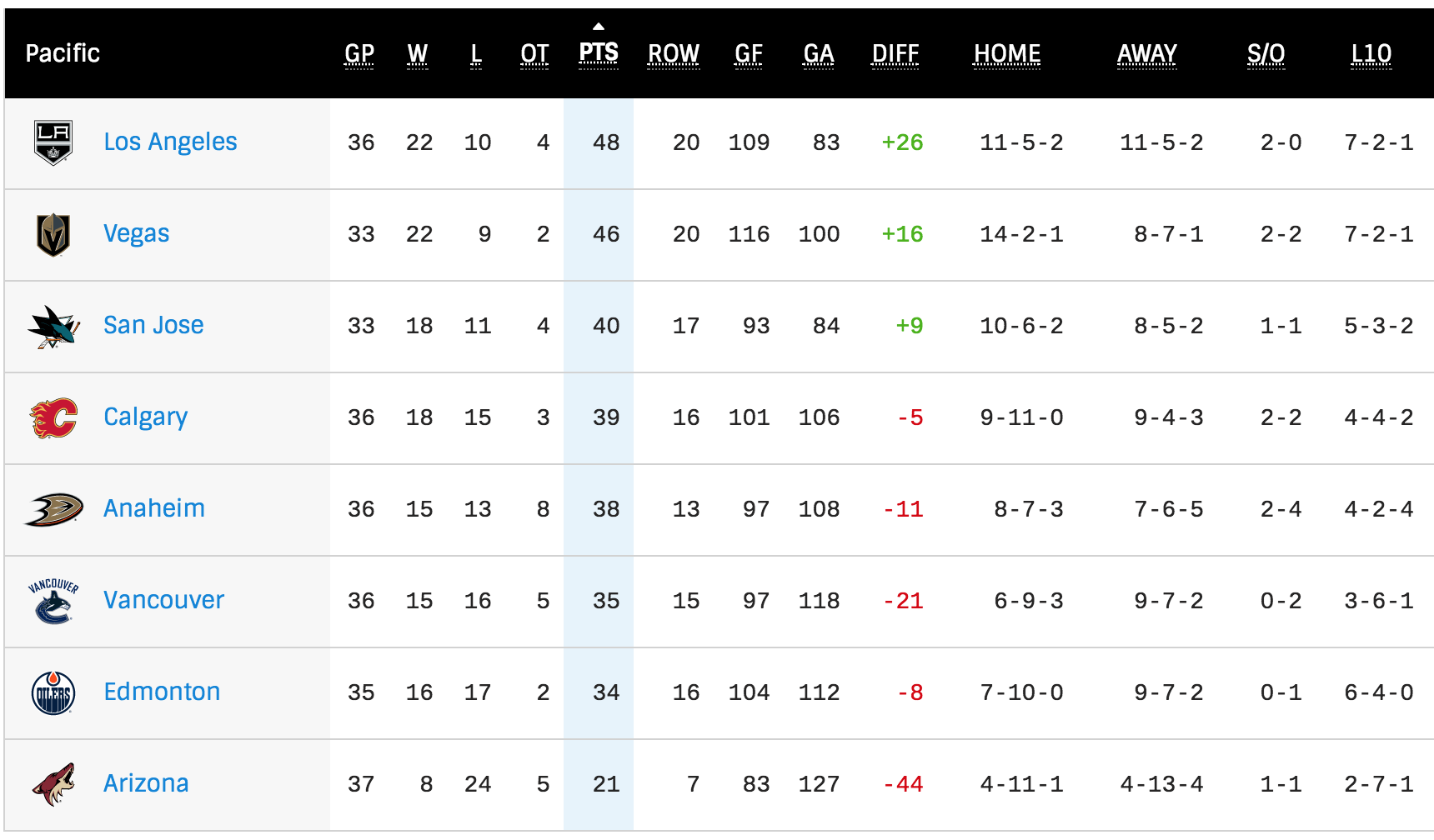 As you can see Arizona still sucks. The Ducks have been #notgood on the road, which sets up nicely for the Penguins, so don’t fuck it up guys. Remove the charity point from Anaheim’s OT/SO losses and suddenly they are second from last with just 30 points. Also, of their 10 overtime games 6 have gone to the shootout, which kind of boggles my mind.

While we are looking at standings maybe it is a good time to check out how the Metropolitan stands the day before winter break begins: 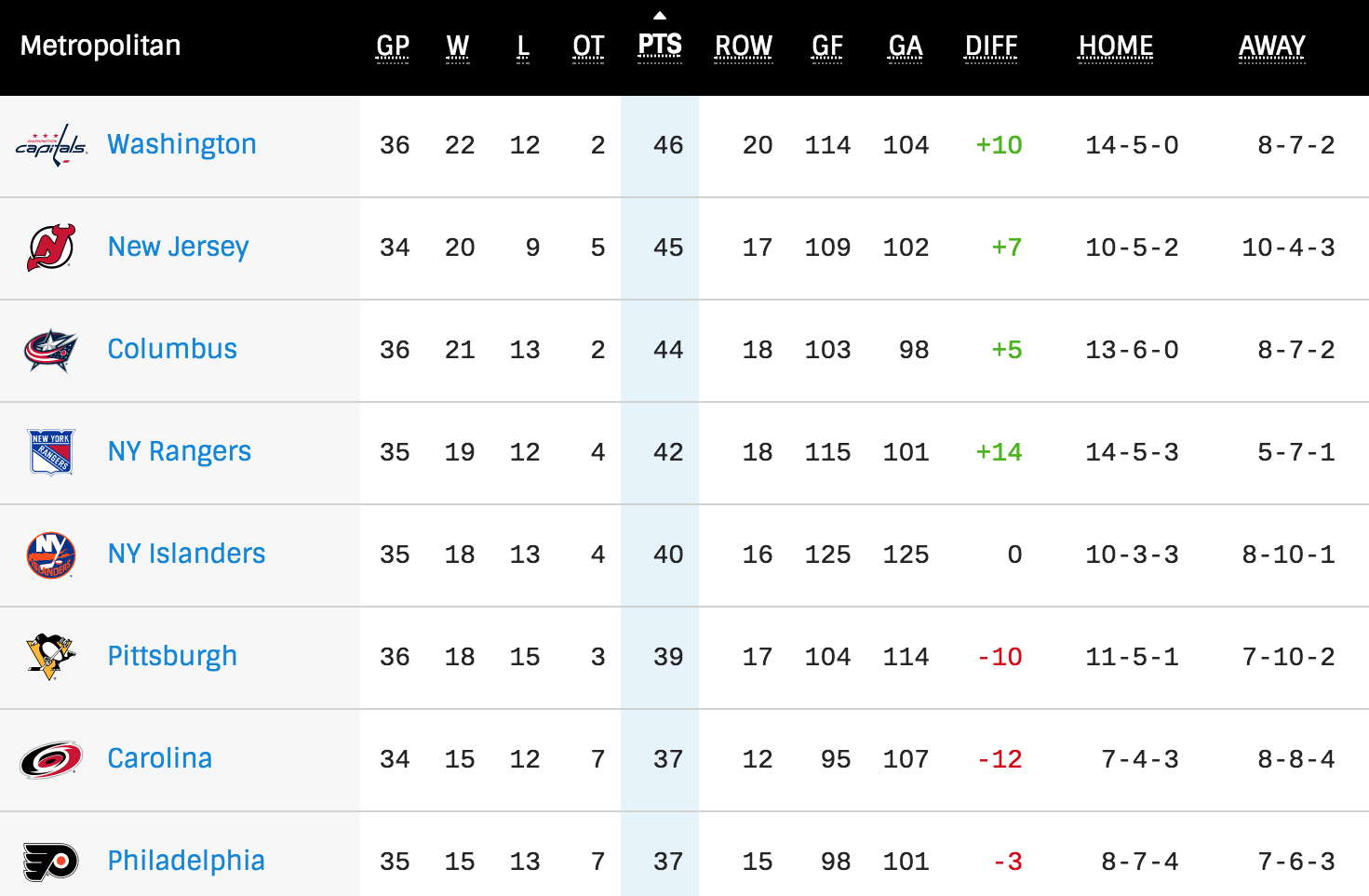 New Jersey is consistent regardless of being at home or on the road. In my preseason predictions I mentioned that the Penguins could be .500 at the Christmas break and it wouldn’t bother me, so I have to hold true to that for the moment. This division is going to be fun to watch in the second half of the season, and with so many division games coming up for the Penguins it could quickly change. The Penguins are 5-2 against the Metro this year with 3 of the 5 wins coming in overtime and one in the shootout, which means we should be getting some fun hockey following Christmas. 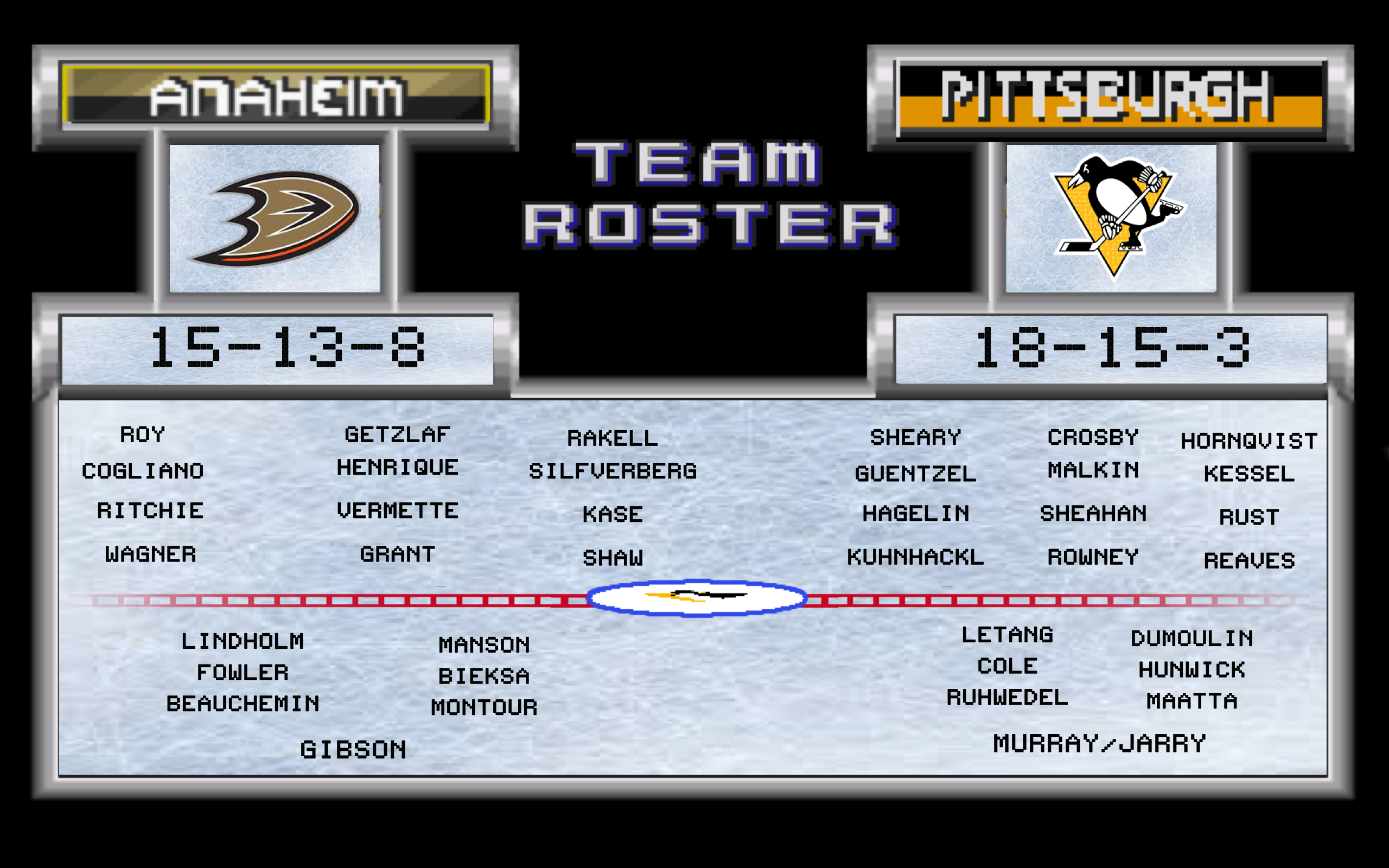 Just realized I left Ian Cole on the graphic, which was dumb. I don’t really agree with scratching Cole even if the team plans on trading him, he isn’t the 7th best defender on the roster, and winning games with the best team you can ice should be a higher priority than petty personality troubles. The recent lineup experimentation by Sullivan has once again left me with no choice but to just leave the lines unchanged. Of note, Dominik Simon was at practice yesterday after leaving the previous game early in the second. Simon was taking reps at fourth line center in place of Carter Rowney who missed practice due to illness. The Penguins haven’t called anyone up so I am assuming either Rowney is good to go or they will experiment with Simon at 4C for this game.

As for the Ducks, John Gibson is from Pittsburgh. Other than that I don’t recognize most of the injury replacements on this roster. One person you don’t see on Anaheim is Simon Despres, who after suffering multiple concussions the Ducks didn’t take the risk of resigning him. Despres is currently playing for Bratislava Slovan in the KHL, he has played in 31 games and has 4 goals and 3 assists as he attempts to get his life and career back on track.

It’s the battle of the birds. The Ducks are injured, the Penguins are in an identity crisis. The Penguins need to remember the fire they felt against Columbus, bring that to the rink, and go into Christmas with some fresh duck for dinner.