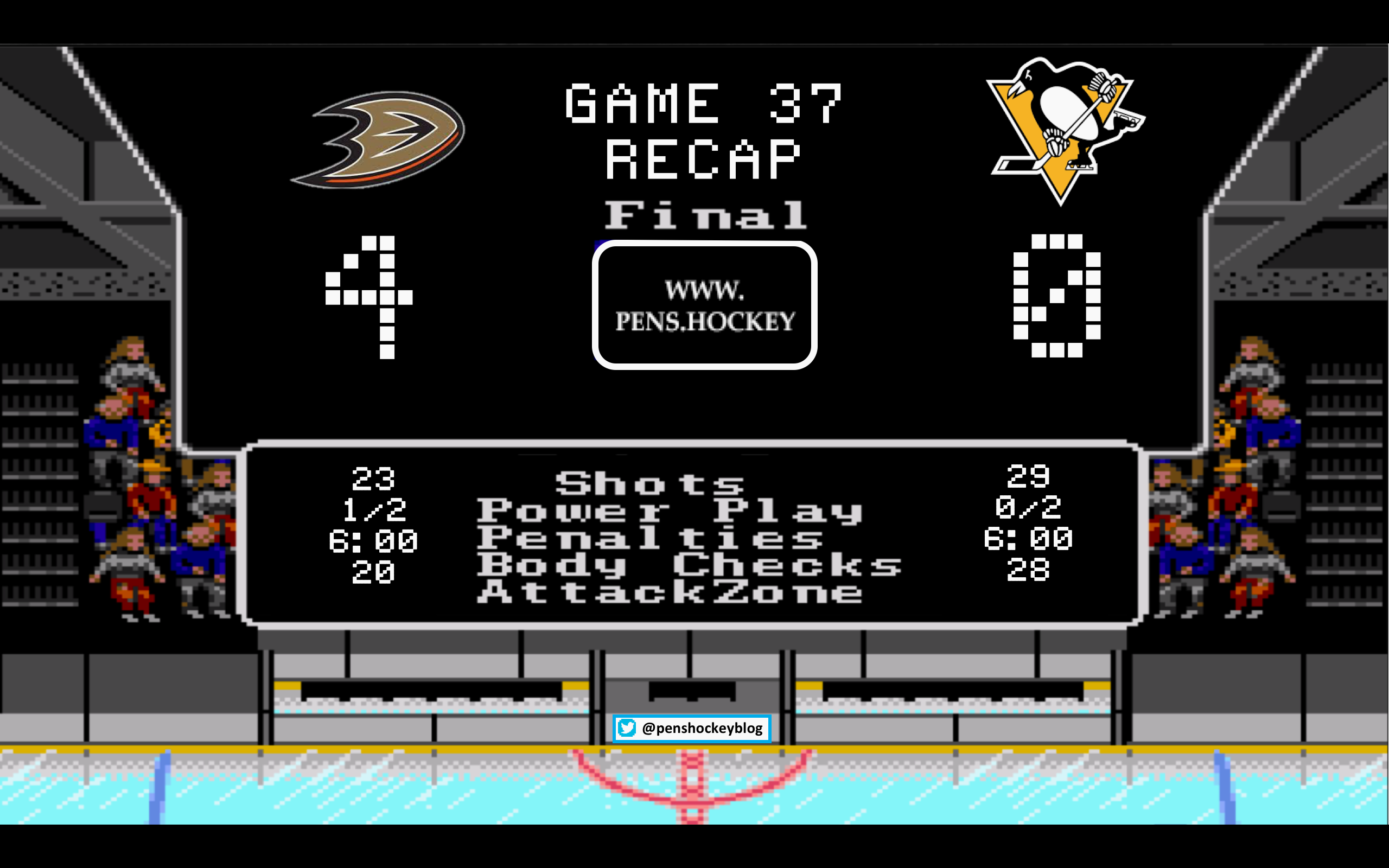 if you care, stats are linked to the banner

The period started off like any other and the teams were getting a feel for each other since they don’t see each other often. Then just three minutes in the Pens start out a basic breakout with negative pressure from the Ducks.

Letang and Dumo against one lone floating forward, three Penguins forwards are cycling up ahead. This is a play that happens constantly during every game. 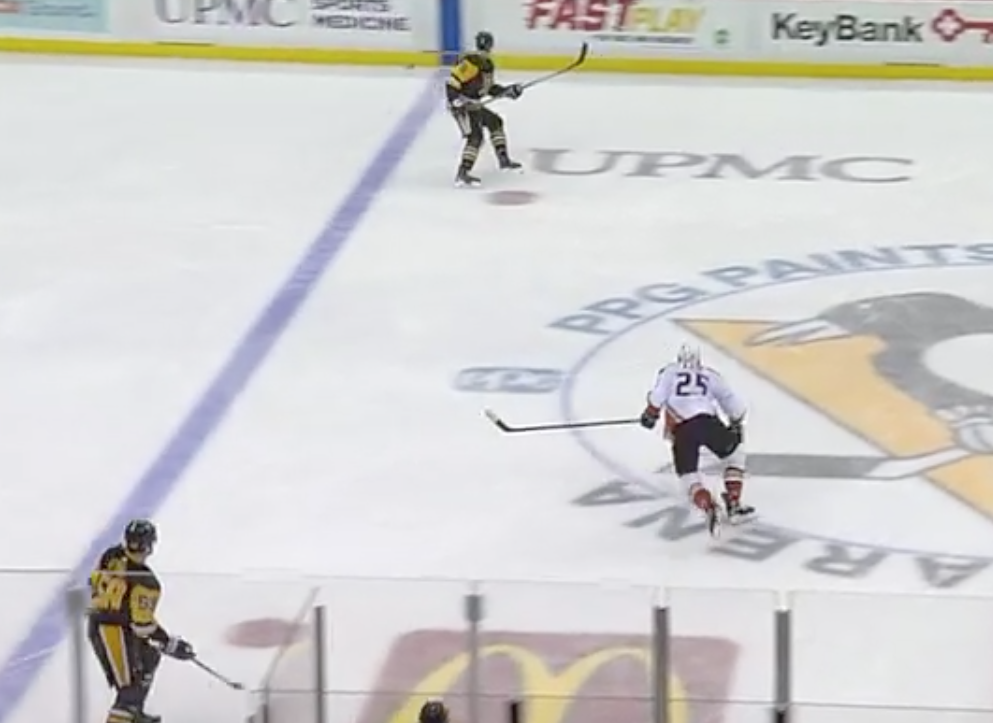 For some reason Letang passes it behind Dumoulin, a pass that perfectly sums up the Penguins season before Christmas break.

A lot of people out there are throwing around the whole “you say Letang is struggling but look at his points” argument, I don’t care if the bastard child has 100 points his defensive game is nowhere near his baseline.

The team settled down a little bit, until 6 minutes later when Carter Rowney was given the impossible task of clearing a puck up the boards. Rowney gets the puck and gets into trouble, so Oleksiak jumps ahead of him to lend a helping hand. 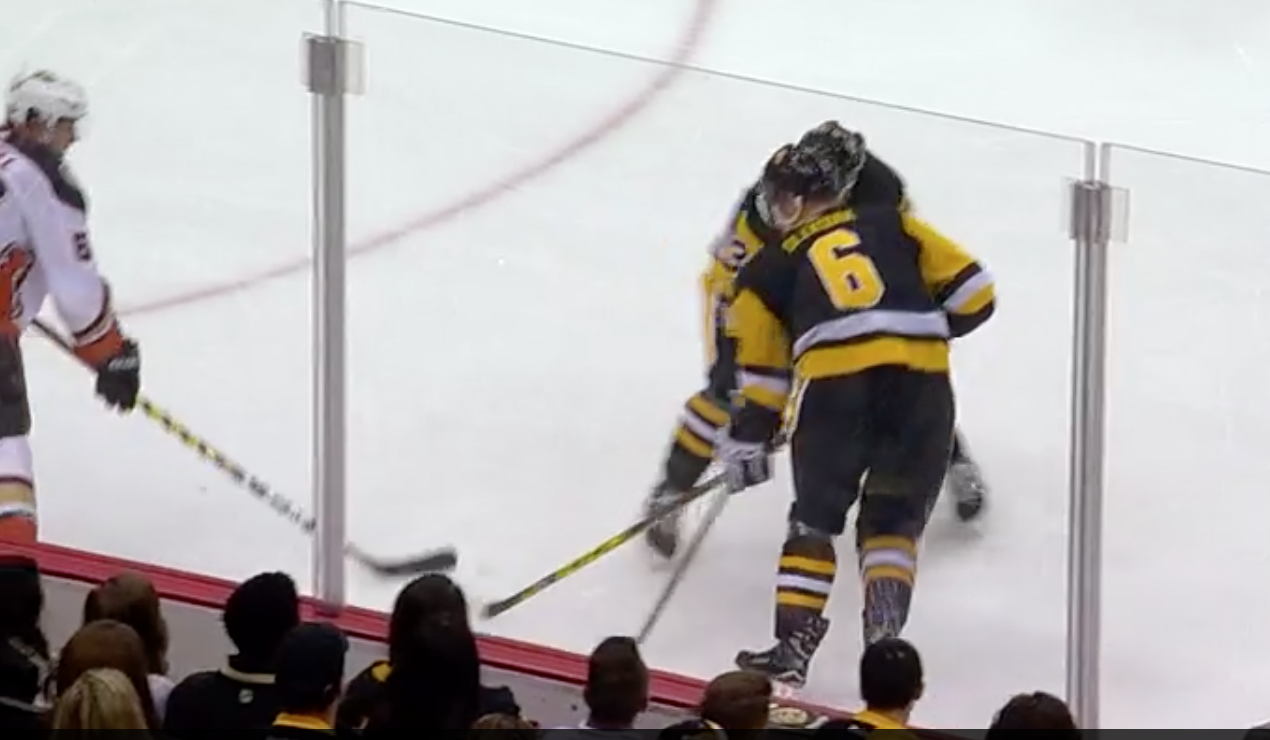 In the spirit of the season of giving, this move by Oleksiak gave the Ducks all the space in the world. 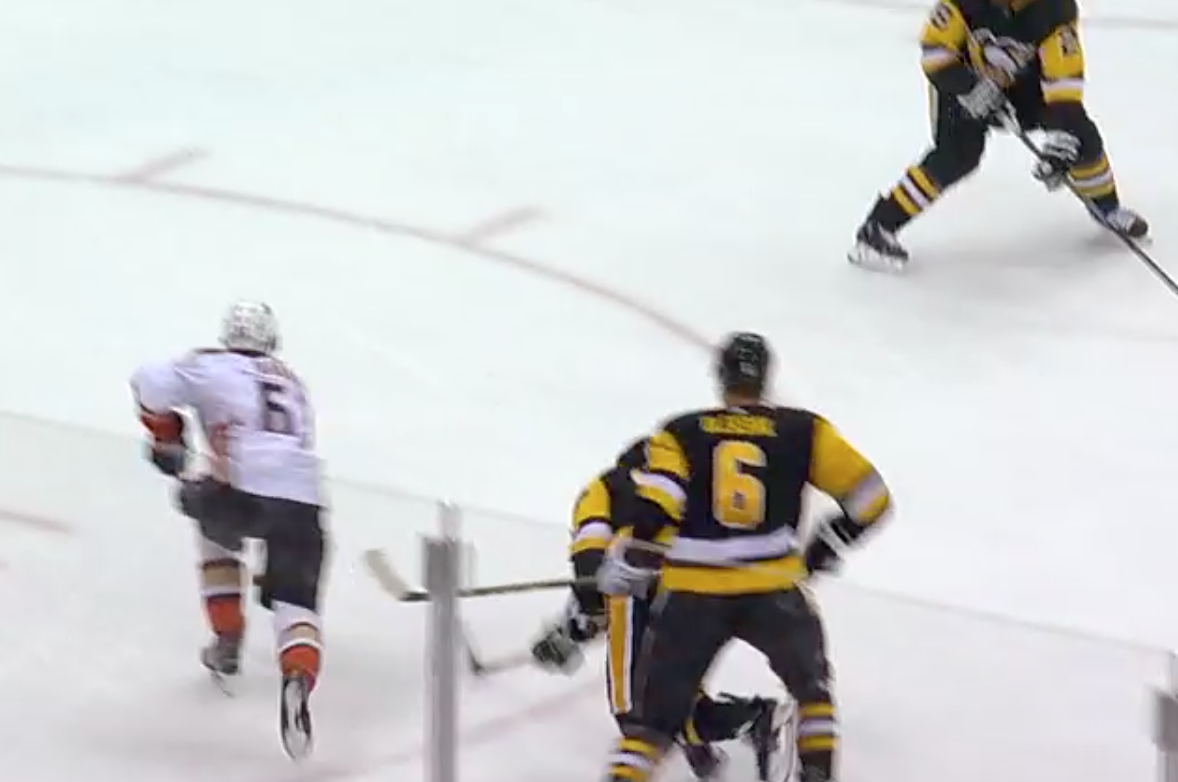 In less than three feet and by not moving Rakell beat three Penguins players to get an open 30 feet to the goal.

Sure, Murray wants the shot back, but he also wants some defense, Ian Cole with a really strong case to not ever play another game.

The Ducks let up the rest of the way and decided they wouldn’t completely embarrass the Pens in the first.

Well, at least it wasn’t double digits in shots with no goals for the Pens?

So the Pens had the intermission to regroup and get their heads on straight, and then they get an early powerplay opportunity. With all things pointing to the Pens making this a one goal game, Evgeni Malkin chips an entry pass to himself just a little out of reach. The puck then gets sent back towards Crosby who can’t handle it and the lone defender on the powerplay (Letang) was heading towards the opposite side of the ice since Crosby had the left defensive point covered:

Murray was pulled following the goal. The Penguins wouldn’t score on the remaining time of the powerplay. Then they looked like a team that was perfectly content with losing 3-0. The problem with that is the Ducks didn’t know it was time to give up, and as time clicked down the defensive specialists where at it again:

The Ducks get 6 shots in the second and 2 of them are goals.

This was Gibson’s best save of the night:

He continued to make other saves in this period as well, and the Penguins would go into the Christmas break after getting shutout on home ice and a Flyers overtime loss away from being last in the division… 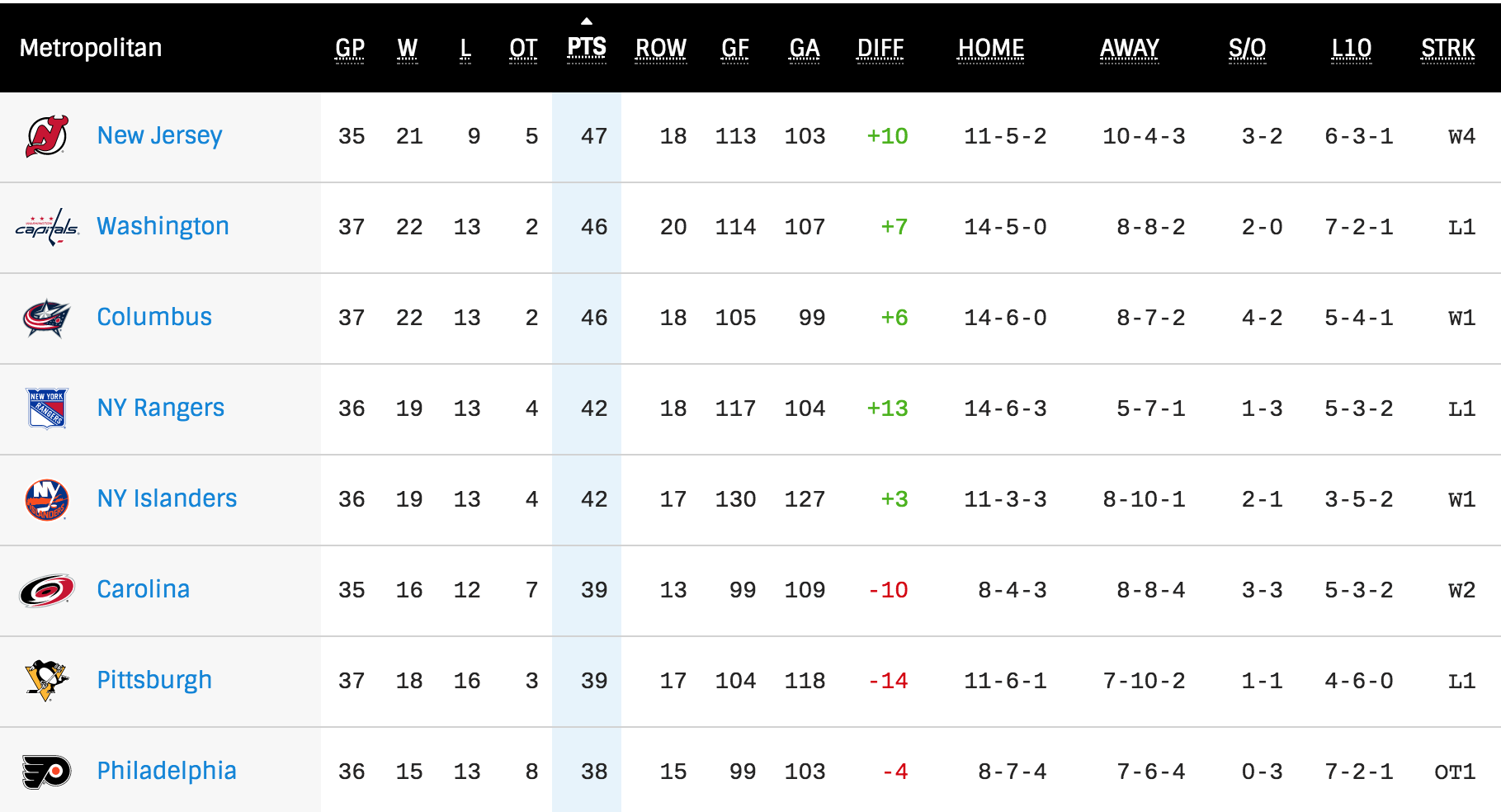 I hope you all have a Merry Christmas, or if you’re not into that then enjoy the holiday season and the free day off of work on Monday. Be safe, love each other, please don’t drink and drive, and hopefully Santa treats you well. Thanks for reading, and from my house to yours, Merry Christmas.