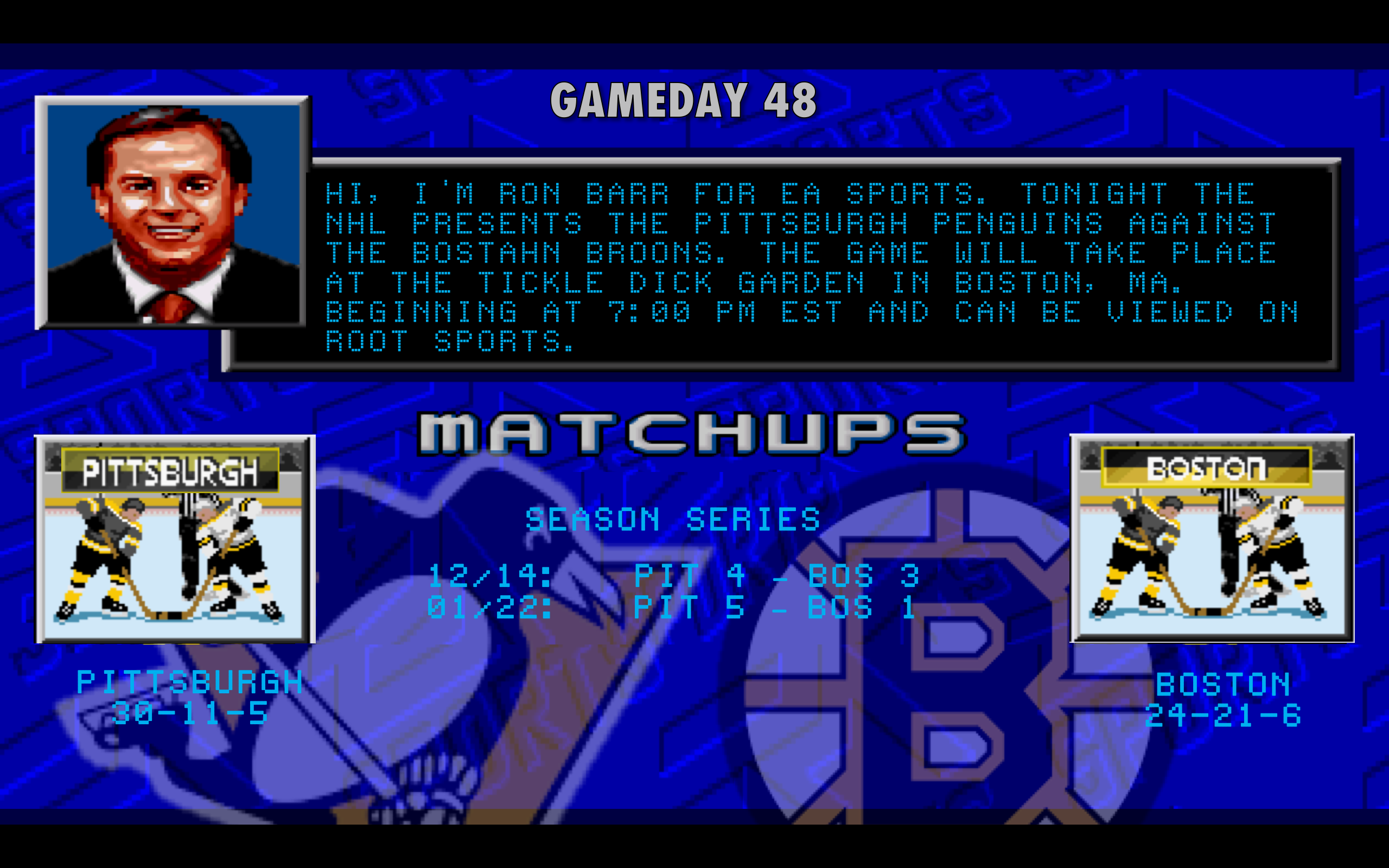 The biggest question mark for the Penguins going into the All-Star break is what color skate laces they will wear to match their yellow Stadium Series game jerseys, the Bruins have to contemplate their existence in the league.

Speaking of the All-Star game, the NHL was on a roll for once in the promotion category, and produced some cheesy but effective Hollywood style commercials. Then yesterday they dropped movie posters with NHL players on them instead of actors. All of them were cheesy, few of them were good, most of them looked like someone with no photoshopping skills made them. One of the better ones was featuring Crosby: 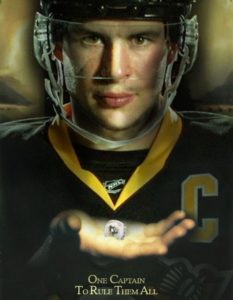 Of course our lovely commenters thought that we could do a better job, and within hours of their release and without asking or even brainstorming with him, I started receiving email after email from our art director SSGeno. 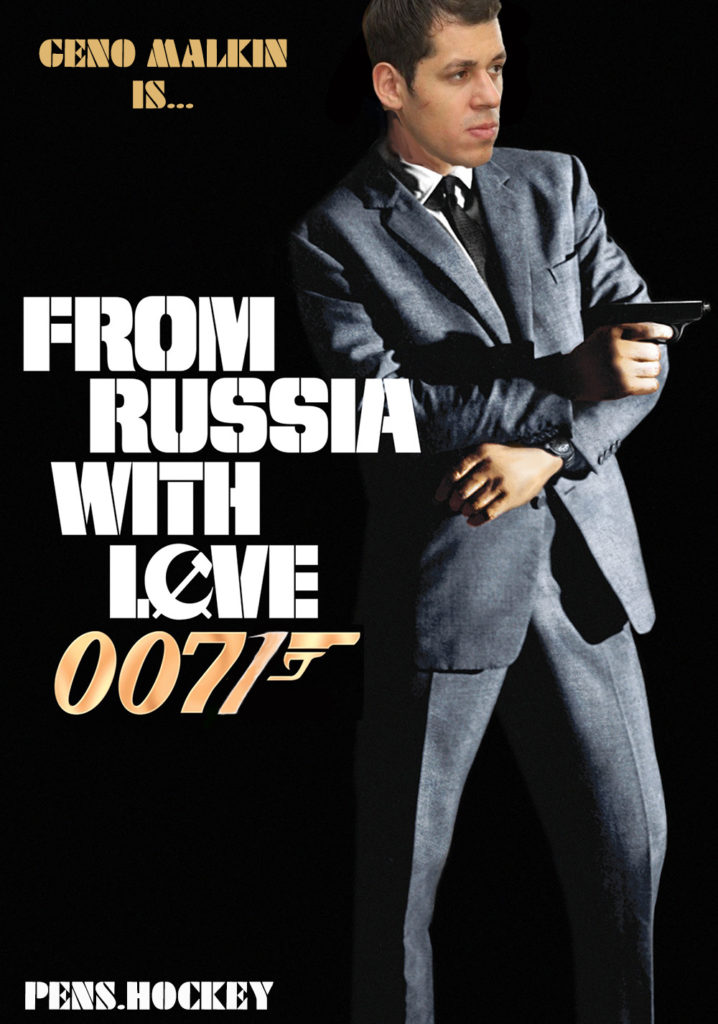 The sad thing is, the NHL had weeks to design these things. SSG did it in 2 hours, and they are awesome. While I appreciate the creativity and attempt at humor by the NHL, it really seems cheap when you don’t try to hire the best of the best to do your work. I’m getting mental images of Bettman using a CD-ROM guide of How To Photoshop Version 1.2.

As for the game, its Boston in Boston, and from the Penguins perspective it is the game before a 4 day holiday.

The winner this time around is the Boston Bruins. Competitive teams spend to the cap. The bruins spend to the cap and don’t make the postseason. Anytime this happens it means that money was placed in places it shouldn’t have been. When your core has failed you and you give them multiple year extensions as soon as their contract expires, you deserve to be in this place. For these bad decisions, the entire organization receives this installment of the Gomez Gallery award. 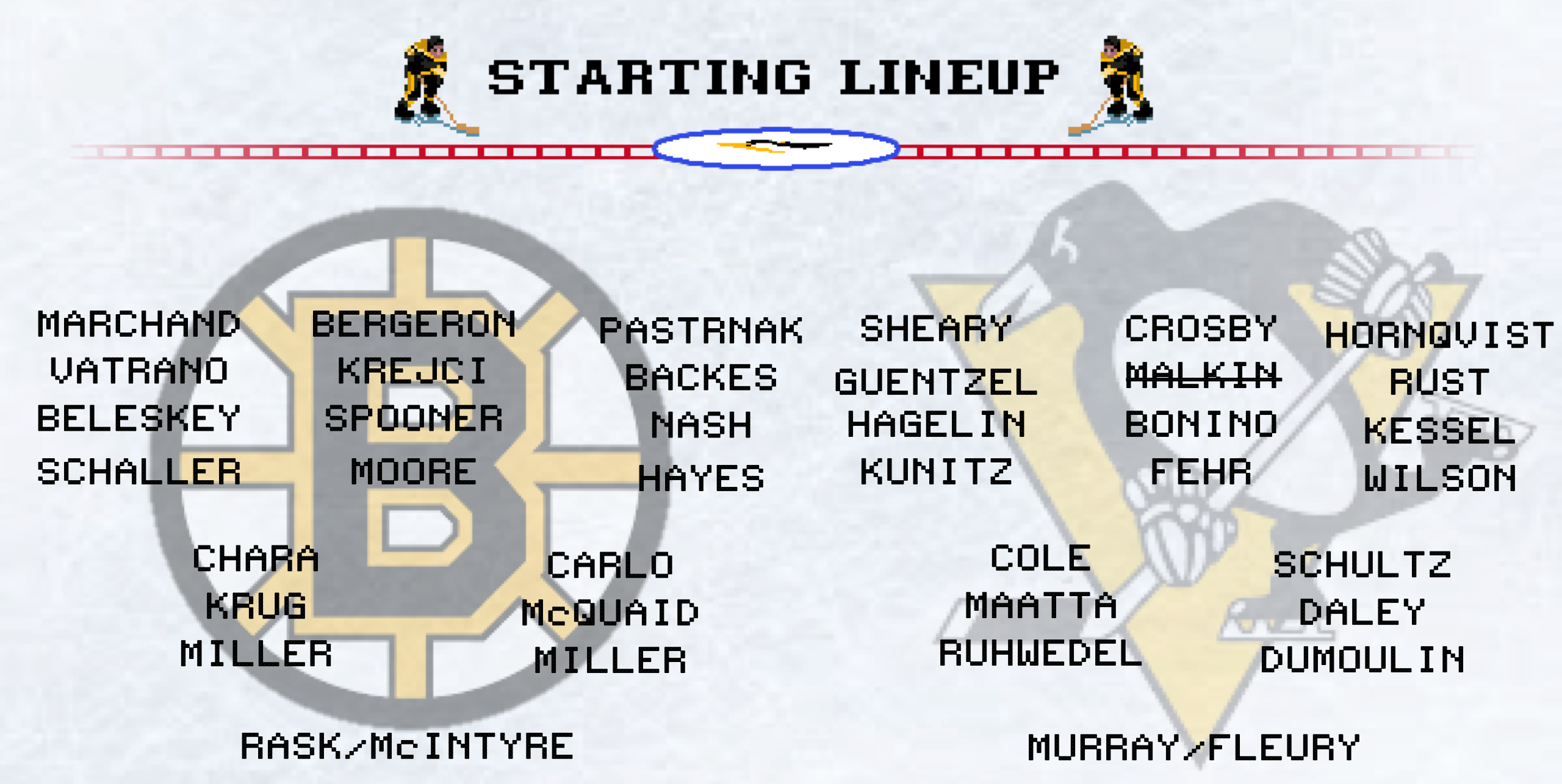 Evgeni Malkin was labelled day-to-day yesterday and is not going to play tonight. The Penguins made a call to Wilkes-Barre and told them to hold RW Carter Rowney out of their game last night. A smart bet would be on Rowney coming up tonight, but who knows where he is placed. Jake from WilkesFarm can play center, and they may put him there and flank him with Rowney. As for the goalies, Sullivan could start Fleury for the first time in 2 weeks, or he will most likely put Murray in net since the team is down Malkin. Though I mentioned that the last game was a perfect trap game on the schedule, it would also be really easy for the Pens to overlook Boston tonight. They just beat them 4 days ago and know they have a vacation has soon as the final buzzer sounds, seems like one in which the Pens will just go through the motions. Hopefully I am wrong, and Sullivan predicts this and somehow lights a fire under the players.

Brad Marchand may not play today, since he laid out a horrible slew foot the other night:

Seriously, what a twat.

Hopefully the Penguins come out flying and put these scumbags away early. Tuukka Rask will want to prove himself after leaving last game with a migraine. It is time for Kessel and the other role players to step up in the absence of Malkin, but let’s be real, a Malkin less Penguins team is still more offensively talented than the Bruins.