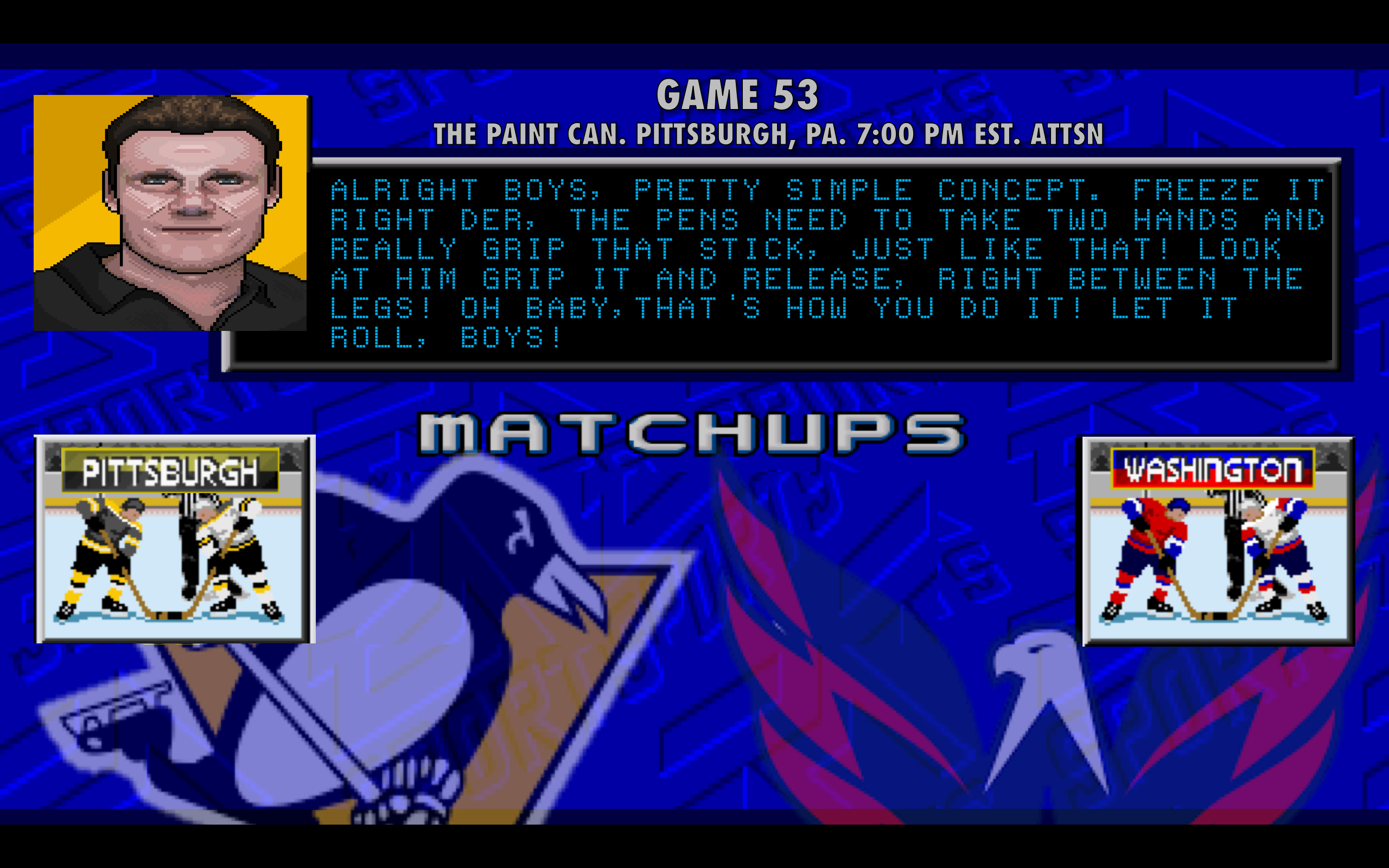 Tonight the Penguins welcome the Capitals into Pittsburgh for the first time this season as the two meet for just the third time. The first meeting came alllllllll the way back on October 11th, a 3-2 Penguin win in Washington, and the second was a 4-1 Capital win one month later on November 10th, also in Washington. In all honesty it’s a blessing from above that the Penguins didn’t play the Capitals in December. It isn’t December anymore, and the Penguins play through January showed the entire league that they are kind of series about this whole 3-peat thing. Tonight is a great test of how far the team has come since the “flipping of the switch,” and if groundhog Phil sees his shadow then we have 6 more weeks of The Phil show:

So how has Washington climbed to the top of the Metro despite having a third defensive pairing of Brooks Orpik and Madison Bowey?

The truth is the Capitals just know how to win in the regular season, and this season is a testament to that considering they started the year with 4 NHL defenders. They haven’t been spectacular by any stretch of the imagination, the Capitals are 3rd in the Metro in goals for, 8th in the league with a 20.9% success rate on the powerplay, and 18th in the league in penalty killing. Regardless the team has been able to go 6-2-2 in their last ten and have a comfortable 6 point cushion over the second place Penguins, a statement that scares zero Penguin fans. Something that should scare Capitals fans down the road is this alignment of the stars:

Above is the Capitals season thus far, their shots taken map has a ton of dark purple on it which isn’t desirable, and their shots allowed graph looks like Cliffords dick heading to Holtby’s five hole, rock the red indeed. Now I wonder what the Penguins charts look like? 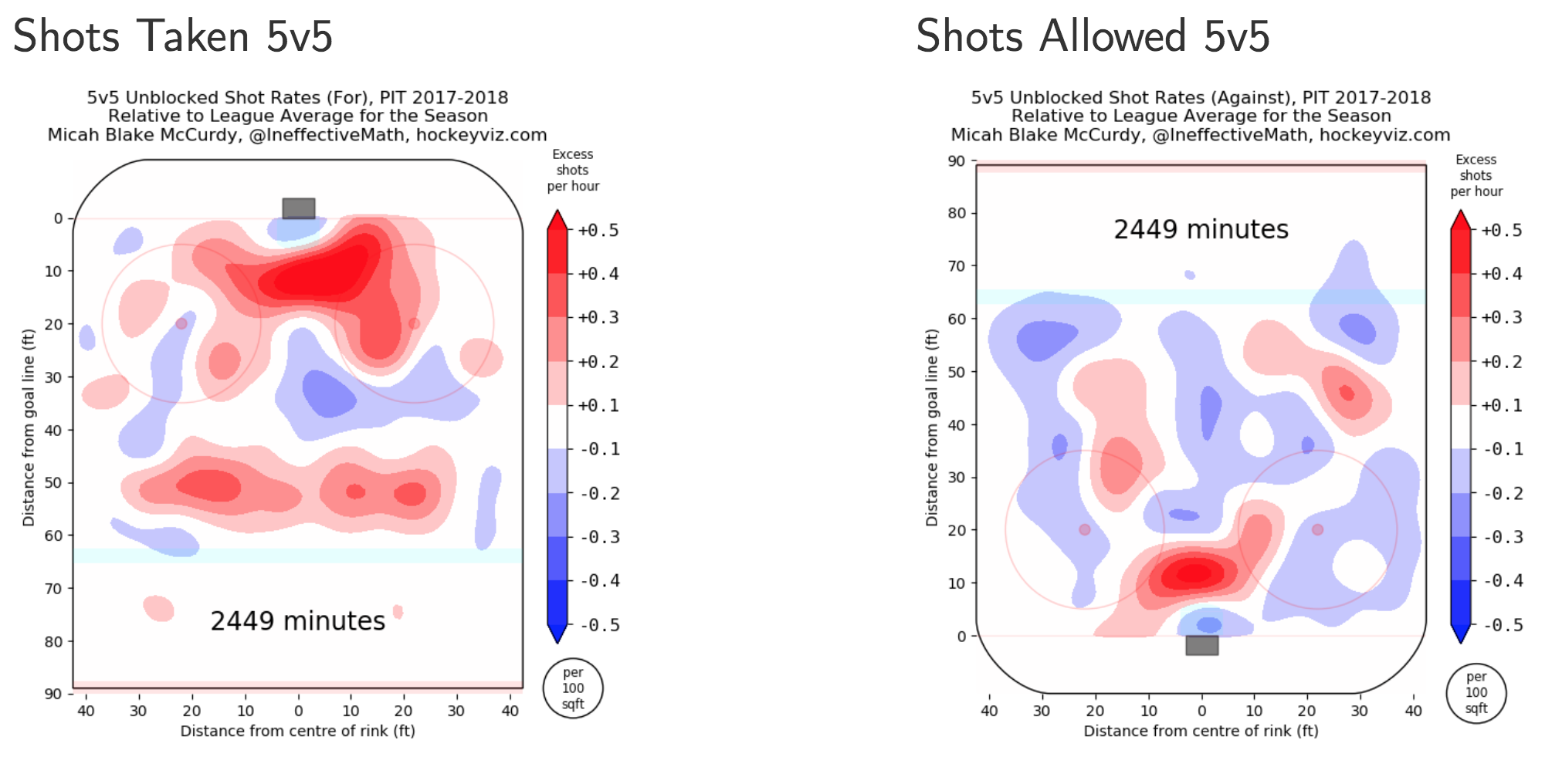 Dear God, I don’t even have to overlay the graphics on this one to show you that the Penguins will be trying to get to the center of the ice tonight, but what the hell I’ll do it anyways: 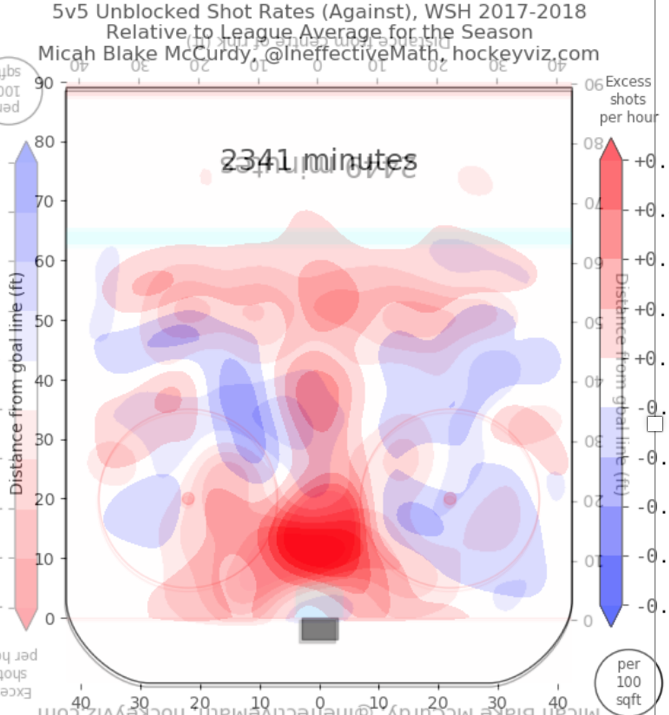 Fitting that the two charts together look like Jesus on the cross for the Capitals.

It’s no secret that the Penguins started playing a more cohesive game in January, and there is no reason to expect we won’t see more of the same in February. The month is the lightest on the Penguins schedule with just 12 games in 28 days, including three 2-day breaks and one 4-day break. The team does have three back-to-backs this month with tonight being the first half of the first one. The good news for the Penguins is after February they only have 5 back-to-backs left, which means that including this weekend 16 of the teams 29 remaining games are back-to-back scenarios. In a Metro race that is tighter than Phil and Geno these points are crucial to say the least. 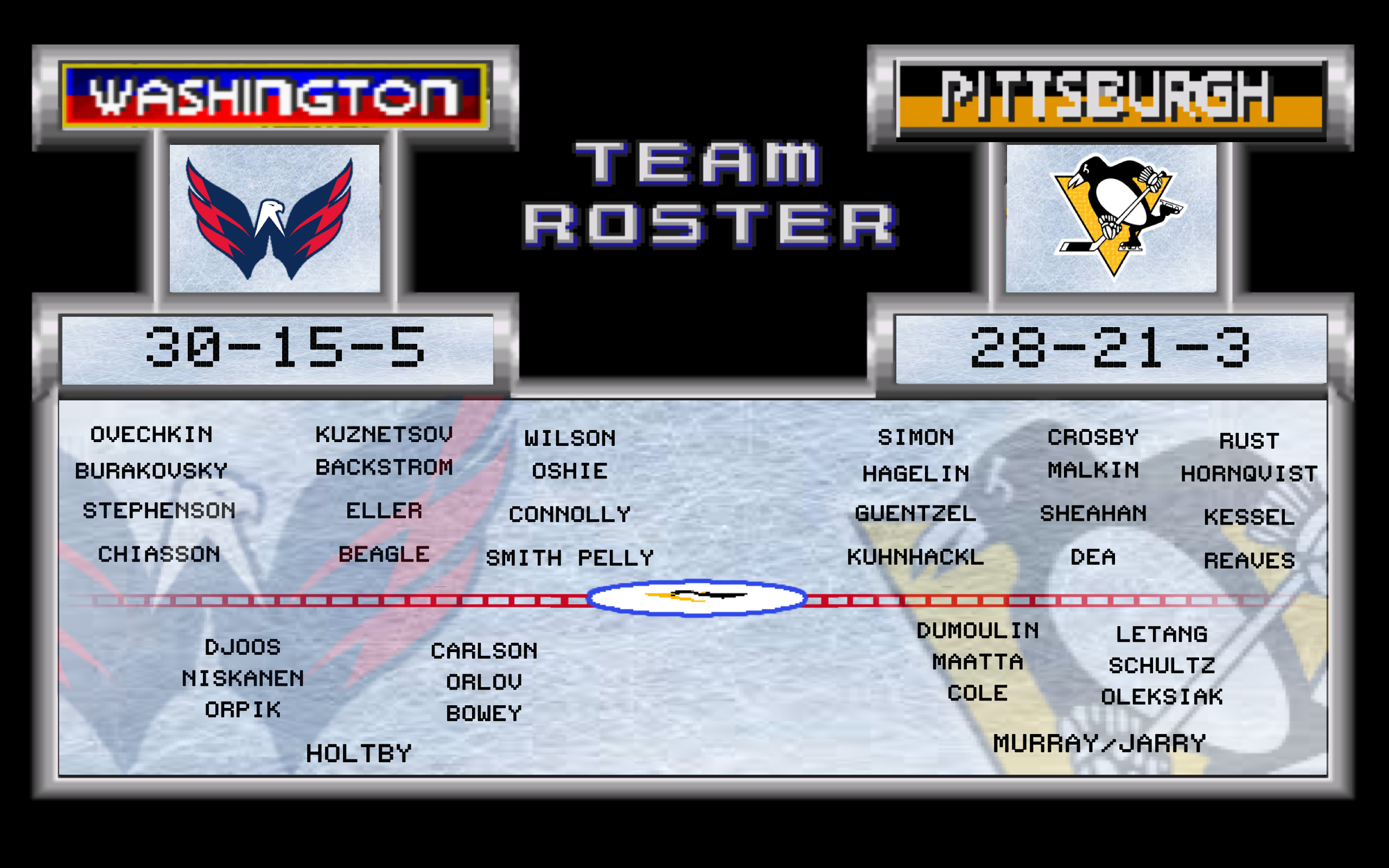 Conor Sheary is labeled week-to-week with a lower body injury and will hopefully spend the time off looking for his game. Due to Sheary’s injury Bryan Rust moves up to the top line and Ryan Reaves comes back to the lineup. A giant part of me hopes that Reaves and Wilson destroy each other tonight so that neither of them can play the rest of the year. By putting Reaves back on the 4th line that is centered by J.S. Dea you can pretty much assume that Tom Kuhnhackl will be the TOI leader of the trio and most of that time will come on the penalty kill. Sullivan reported that Hunwick will return to the lineup when he is healthy, here’s to hoping he isn’t. Carter Rowney (remember him?) practiced yesterday for the first time this year but will not play tonight. Hard to go against Murray in this one, but it is a back-to-back situation with a potentially more important two points against the Devils tomorrow night.

As for Washington, Tom Wilson is on the first line, apparently controversial staffing is contagious in DC. It’s almost impossible to look at these lines and not see the enormous advantage the Penguins have over the Capitals third pairing regardless of which of the top three lines Sullivan uses. The Capitals have attempted to mask their defensive weaknesses by putting one veteran NHLer with one of lesser experience. It has obviously worked so far this season, but a 7 game series is another animal.

Mike Sullivan has an unreal opportunity tonight to expose and embarrass the Capitals defensive pairings and there is one line in particular that will do it, yes I am talking about the Russian Kolbasa on the Swedish bun line. Carl Hagelin going up against Orlov or Bowey, whoever the fuck that is, is something the Capitals are not going to want to deal with for 16 minutes tonight. If they somehow prevail, which given that lines dominance against the Sharks that seems unlikely, they will have to send the other pairing out against Kessel and Guentzel. Even without the coveted third center looking at the defensive mismatch in this series should have your pants feeling a little tight right now, because I’m not so sure these defensive pairings can stop the Penguins in 7 games. Maybe I’m getting ahead of myself, maybe the Capitals should trade for Shattenkirk at the deadline. Regardless of the future tonight remains as nothing more but 2 points in the standings before heading to New Jersey tomorrow for another 2 points. Four points in two nights against two Metro teams, there is only one thing to do brother, it.