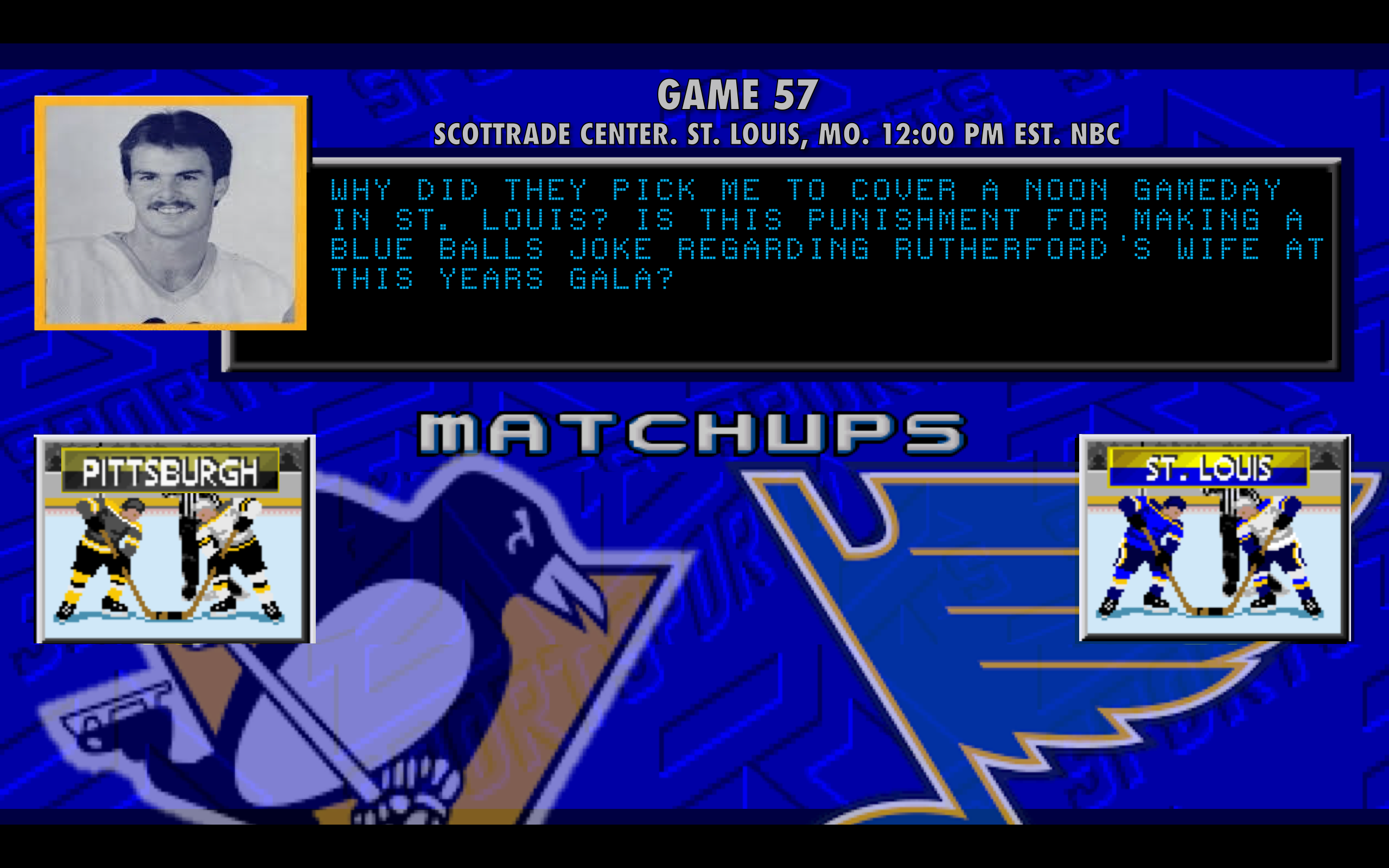 The Penguins continue their 2 game Central Division trip in St. Louis today for a lunchtime battle with the Blues. If you recall the Penguins played the Blues all the way back in game numero uno this year, a 5-4 OT loss on the night the Pens raised their 5th Stanley Cup banner the rafters. Even though “we” are the only team that matters the Blues have played in 56 other games this year and currently sit third in the Central with a 34-20-3 record, 2 points off of the division lead and 1 point ahead of the Wild Card holding Stars. You may also remember the Blues because of a certain draft day trade that people still love referencing so lets get caught up on that.

Oskar Sundqvist was recently called up to the Blues on February 2nd but has been a healthy scratch in the 4 games since the call-up. Why was he in the AHL you ask? Prior to this call-up Sundqvist was in the NHL until January 31st where he posted 0 goals with 3 assists in 30 games with the Blues while getting an average of 11:27 TOI. He was a healthy scratch for 6 games between December 26th and January 7th before finally getting into a game on January 9th. He received 9 minutes of playing time that game and recorded one shot on goal and preceded to watch the next 6 games from the pressbox before being sent down to San Antonio.

The other part of the Ryan Reaves trade was the first round pick that reallllllly pissed people off. The Blues used that pick to select cartoon super villain Klim Kostin from the KHL. Kostin has since been assigned to San Antonio and currently has 5 goals and 12 assists in 40 games played. The odds that anyone is still talking about this trade in 3 years are slim to none, but being in the bitch about everything society we are a part of it is fun to review these things. I really wish someone would send a “I thought Crosby wouldn’t get hit now that we have Reaves” tweet tonight, you know, like they tweet every single night.

So who are the Blues? They are who they’ve always been, a basic white bitch drinking a cupid frappucino with UGGs on even though it’s 46 degrees out. They are 11th in goals for, 28th in powerplay percentage and 14th in penalty kill. The only time the Blues get out of the middle of the league is with their goals against total where they are the 5th best team. The team is carried once again by the strong regular season play of their goaltenders Jake Allen and Carter Hutton. Allen has been the main starter going 19-15-2 with a .909 sv% and a 2.73 GAA but Hutton has been the better goalie posting a 21-15-5 mark with a cool .944 and a 1.70 GAA. 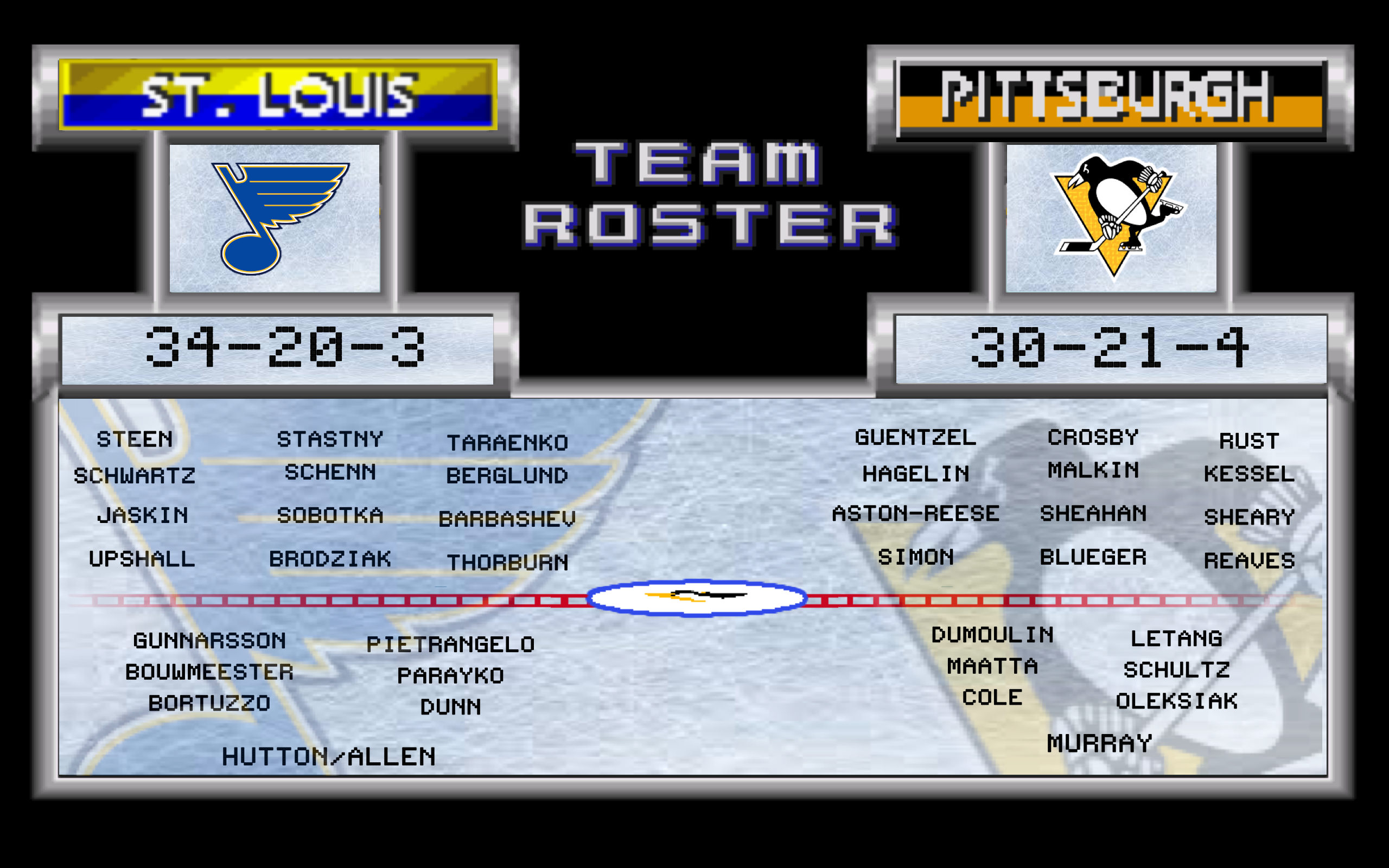 The Penguins still have Teddy Blueger on the shelf and given how Carter Rowney’s game looked Friday night it wouldn’t surprise me to see Blueger get the nod. I wouldn’t expect too many changes up front in the next few games with the Pens playing every other day for awhile. The Blues are paced by Schenn and Tarensenko’s 23 goals with Schenn leading the team in overall points with 53. Robert Bortuzzo is still a Blue, man what a steal by JR on that one. Beau Bennett is also a Blue but he has only played 6 games this year before being sent to the AHL one year after setting a career high 65 games played and only 2 injuries.

One area of concern for the Penguins is their league leading powerplay which I admit is a weird sentence to type. Since Hornqvist left the lineup the team is 0/7 with the man advantage and these charts explain why. 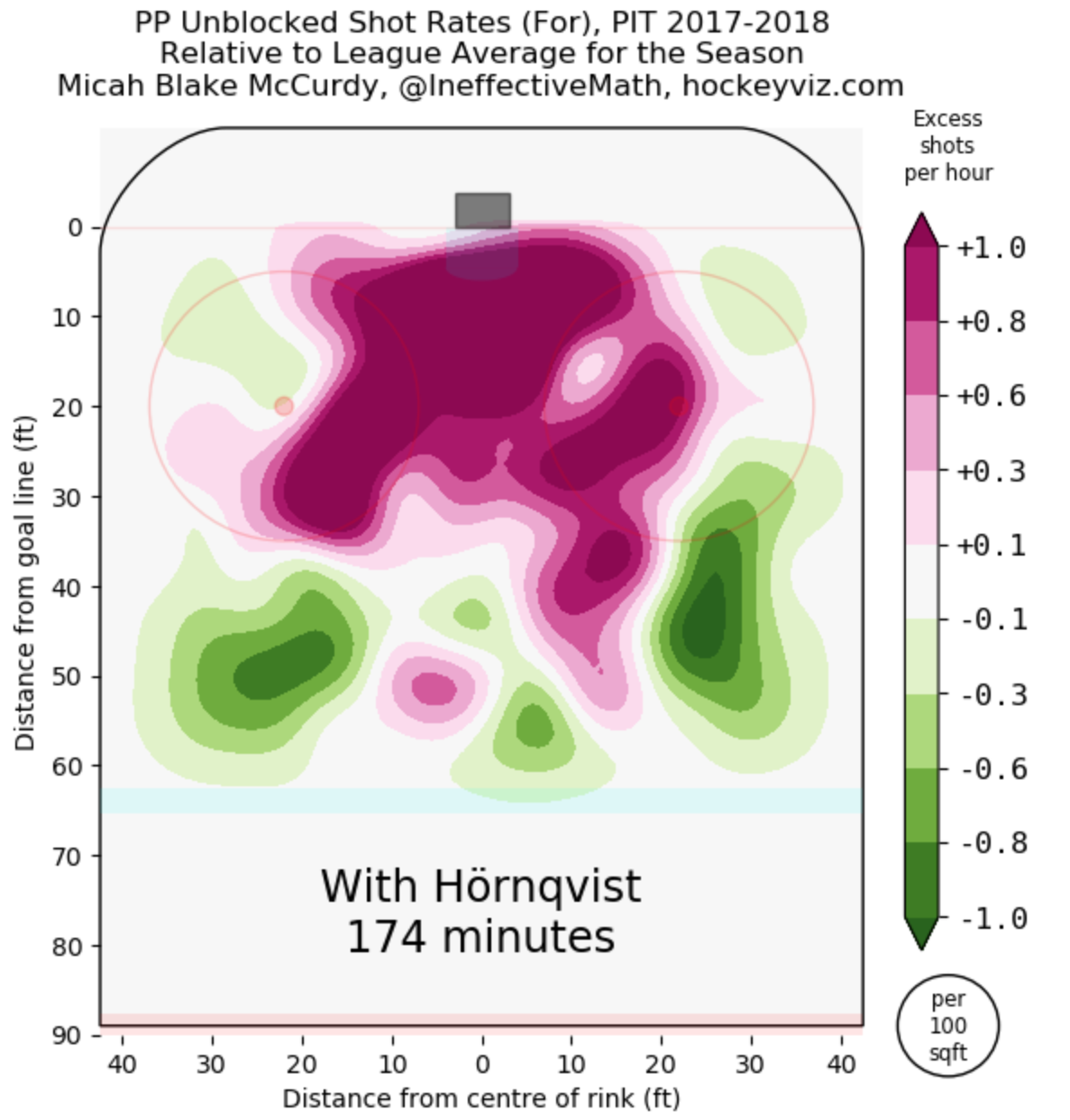 Now here is the powerplay without Hornqvist: 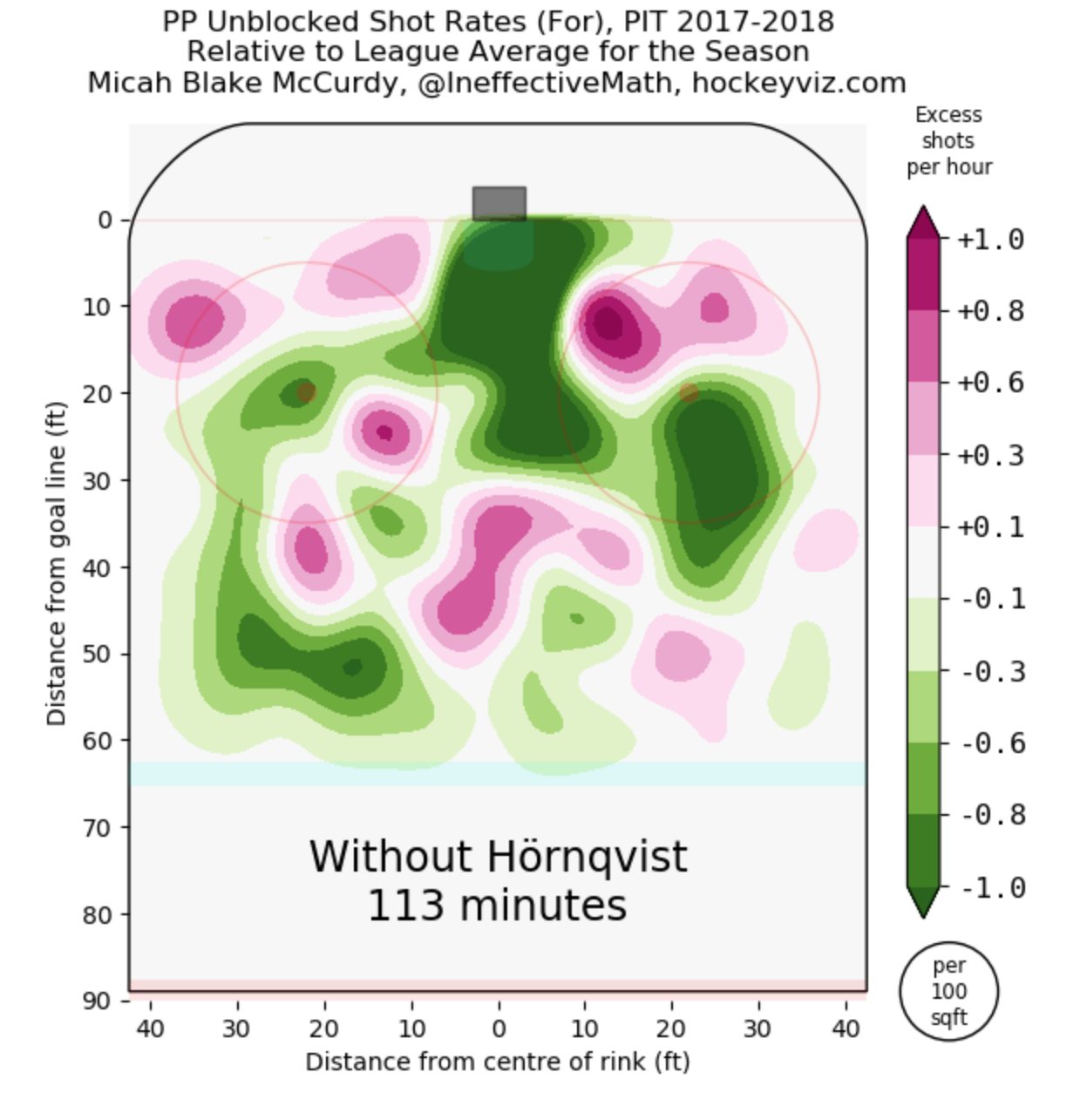 Underrated value that Hornqvist brings to the top unit, by drawing attention to the front of the net it causes the defense to collapse in on itself opening up the 20 foot radius for Geno and Phil.

Unfortunately the rest of this gameday will have to stop here because the puck drops in about an hour and I slept in like a MFer today. Noon games suck, but they suck a lot less when the team gets the deuce so lets go!