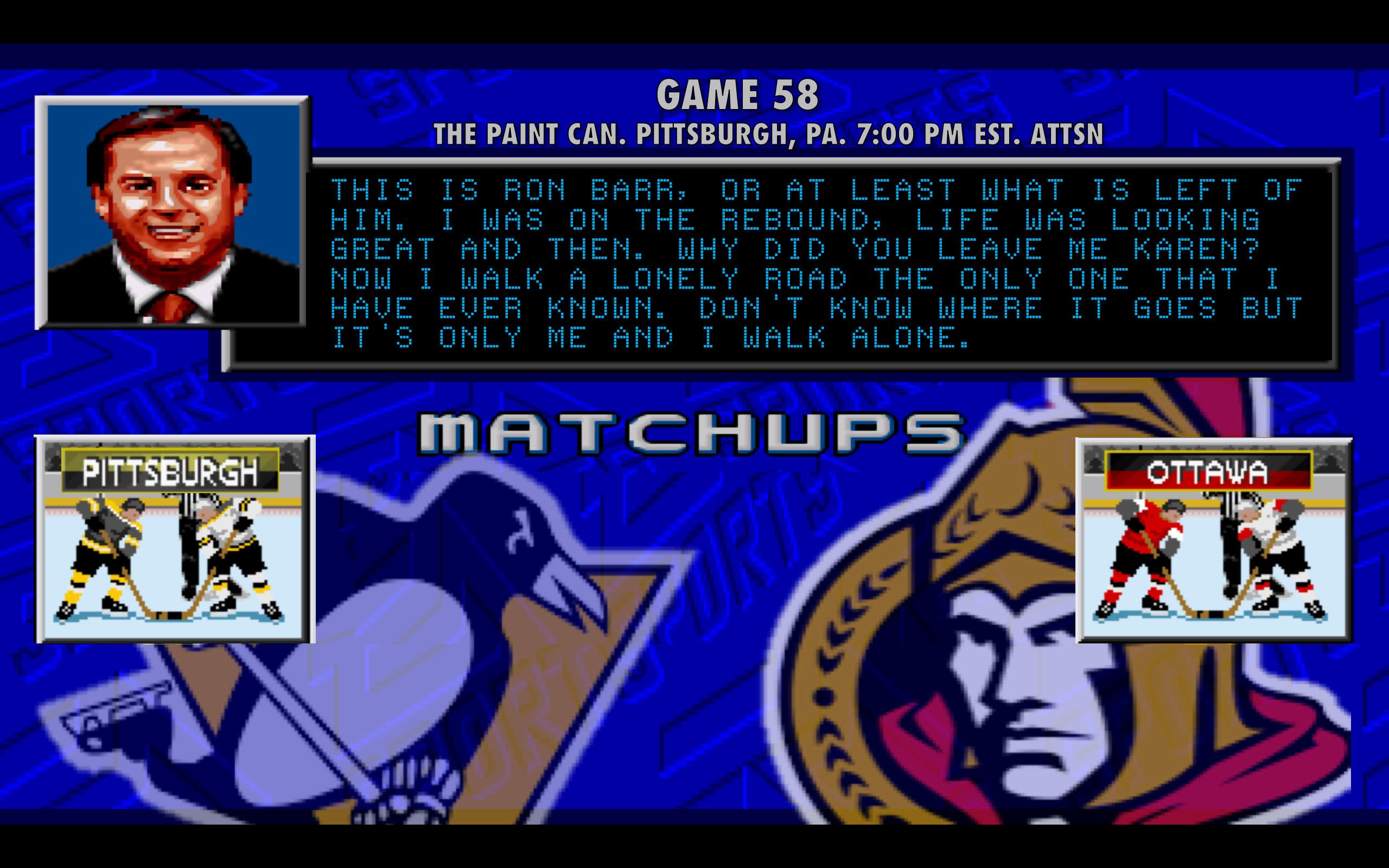 The Penguins are back at home after a successful 2 game road trip that saw the team go 1-0-1 as they maintain pace in the Metro division. Tonight they welcome the Ottawa Senators into town a lifeless team that will have flashbacks to their funeral in this building last season. The Senators have taken a complete 180 compared to last years team and currently find themselves just above the Buffalo Sabres for worst record in the East. After making their first blockbuster trade since acquiring Bobby Ryan the Senators have pretty much sucked in every facet of the game as they have fallen comfortably into a lottery spot. The thought of Ottawa winning the Dahlin draft lottery is both funny and a bit scary, the chances of Erik Karlsson being around long enough to groom him are looking pretty slim at the moment.

After going all in with the Duchene trade and trying to win now the Senators have flipped the script and are reportedly shopping around many of their role players. One B-list Penguins media member mentioned on Twitter yesterday that the Pens were in heated talks involving Brassard, then it came out that the Senators want a 1st, a highly rated prospect, and a third piece for the center. The only heated discussion to have after that asking price would’ve been Rutherford on his next phone call when he found out 2 for 1 appetizers at P.F. Changs were only available during happy hour.

Yesterday in practice Sullivan dropped Guentzel to the fourth line in a move very similar to what he did with Dominik Simon last week. Simon responded appropriately to the move and because of that it wouldn’t surprise me to see Guentzel on the 4th line tonight. The team still has Teddy Blueger sitting on the roster and if there was ever a game to get him into the lineup it would definitely be this one. Other than that the Pens lineup should remain the same as they search for an answer on the powerplay in the absence of Hornqvist.

As for the Senators there really isn’t anything to report. They have roughly the same team that got them to within one game of the Stanley Cup last year they just don’t have 42 over time losses propelling them up the standings. Their goals for are below the league average, their goals against are above league average and their PDO is a 99. This is honestly setting up for a perfect trap game for the Penguins and that wouldn’t be the end of the world. I mentioned in the gameday of game 50 that the Pens needed to maintain a 7-3-0 pace to project their point total to the amount that should get them in, and so far in this set of ten games they are 5-1-1 with the Kings and the Maple Leafs left to close out games 59 and 60.

These teams aren’t even on the same page if the Penguins play to their strengths but I have a sneaky feeling they may drop a giant turd in this one and who could blame them. The team has been playing intense games since January 1st and taking a night off against Ottawa wouldn’t be too surprising, nobody gets excited seeing that Ottawa is coming to town. If the Pens continue playing the way the have been then this game might be over after the first.