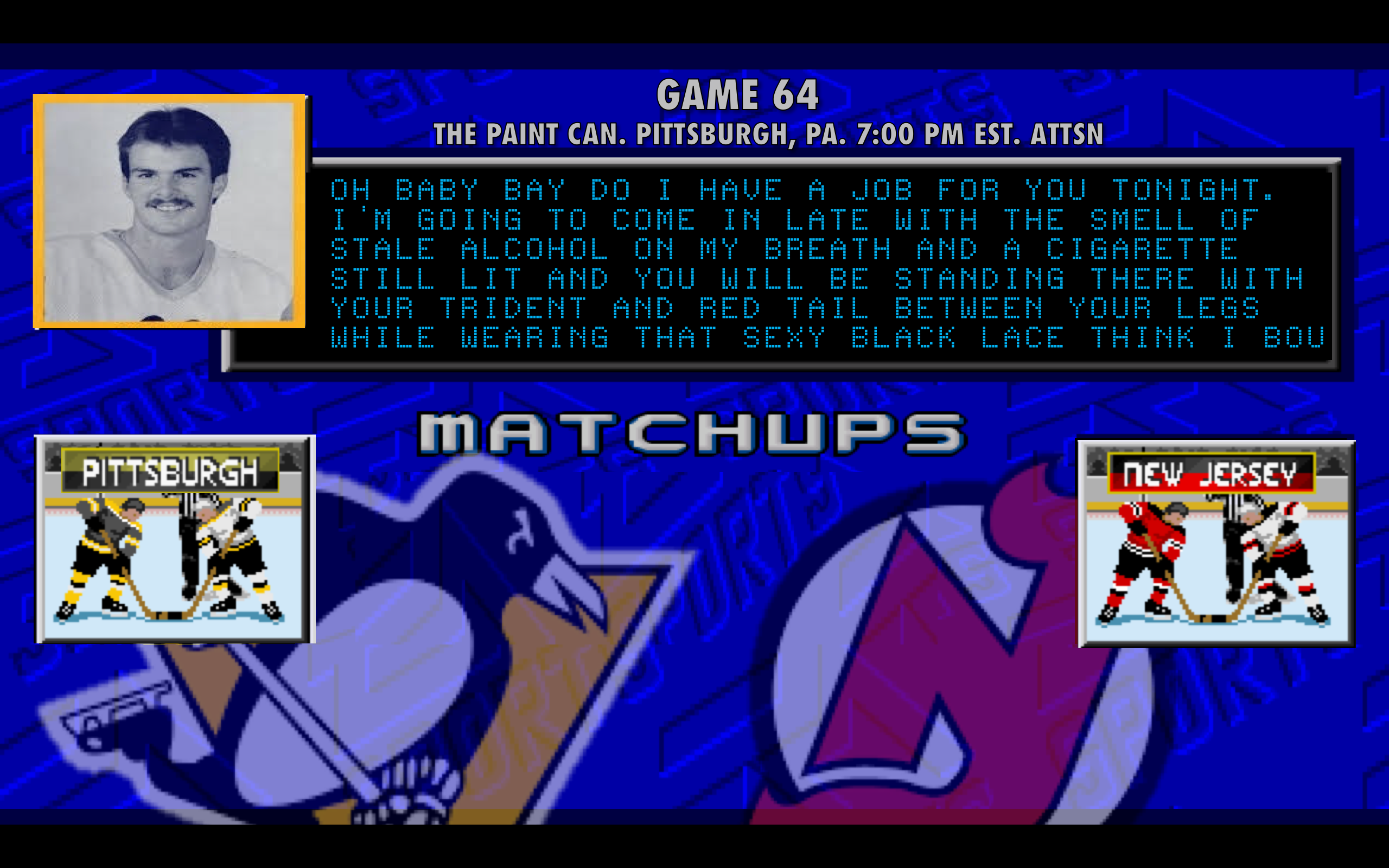 With the trade deadline officially behind us, the last third of the season begins tonight with a date with the Devils from New Jersey. Surprisingly it’s just the second meeting of four of the season between the two Metropolitan Division rivals, the first was on February 3 (my birthday!), a 3-1 win for the Devils in New Jersey.  It was the last (until now!) appearance for Casey DeSmith in Pittsburgh, as he was called up in place of Tristan Jarry.  Jarry has since swapped places with DeSmith (and then again yesterday), but with Matt Murray playing well of late (and with the Penguins scoring tons of goals), none of this has mattered at all.

Perhaps what did matter to Jarry and DeSmith was the big trade on Friday which sent up-and-coming goaltender Filip Gustavsson to the Ottawa Senators as part of the trade to bring Derick Brassard to Pittsburgh.  Considering depth and youth the Penguins have at the goaltending position, it was likely an easy, albeit painful, decision to send Gustavsson to the Senators since the payback is a third-line center (who would be a first-line center on many teams).  (The real pain was sending Ian Cole to Ottawa with Gustavsson, and then seeing his “replacement,” Matt Hunwick, be on the ice for four goals against in the close-fought 6-5 loss against the Florida Panthers.  Alas, we sent the wrong sixth defenseman! Then again, now that Cole is in Columbus, I guess we should feel worse for him than for ourselves.) Jarry and DeSmith now can live unafraid of their security in Pittsburgh…for now.

While the Penguins went out and got their man on Friday, the Devils were also making moves as the deadline approached, sending 20-year-old Russian prospect Yegor Rykov and their 2018 2nd round draft pick to the New York Rangers in exchange for Michael Grabner.  Grabner was in the conversation for the Penguins, but perhaps not seriously as the Penguins are fine at the wing position and more seriously needed depth down the middle.  Grabner has been on pace for his second-best year in goals, aided by some empty-netters, but who really cares, a goal is a goal.  The Devils also acquired Patrick Maroon from the Oilers, and what he doesn’t add in offense he’ll add in puck possession.  Currently they sit fourth, five points ahead of the Blue Jackets, only hanging on partially thanks to the Jackets scuffling slightly more (4-5-1 in their last ten) than New Jersey has been (5-5).

New Jersey’s average performance of late has about as much to do with their goal scoring as it does with their goal prevention.  With Cory Schneider out of the lineup for the near future, Keith Kincaid and Eddie Lack have been called upon to hold down the fort.  They have been unable to do so, at least not well enough: 30 goals allowed in the last ten and a combined 0.907 save percentage which are numbers on par with how Carey Price has performed this season (which is to say, not great).  On the other end of the rink, the Devils have managed 28 goals in the last ten games and a total goal differential of -4.   Their bread-and-butter, one goal games, they’ve gone 4-2 (with a shootout win), which is 10% better than they’ve done all season.    They have the right makeup to win games, they just have to be better all-around.  Pickups like Grabner and Maroon help offensively and that might help them, but they could really use a return to form from Schneider when he does return. 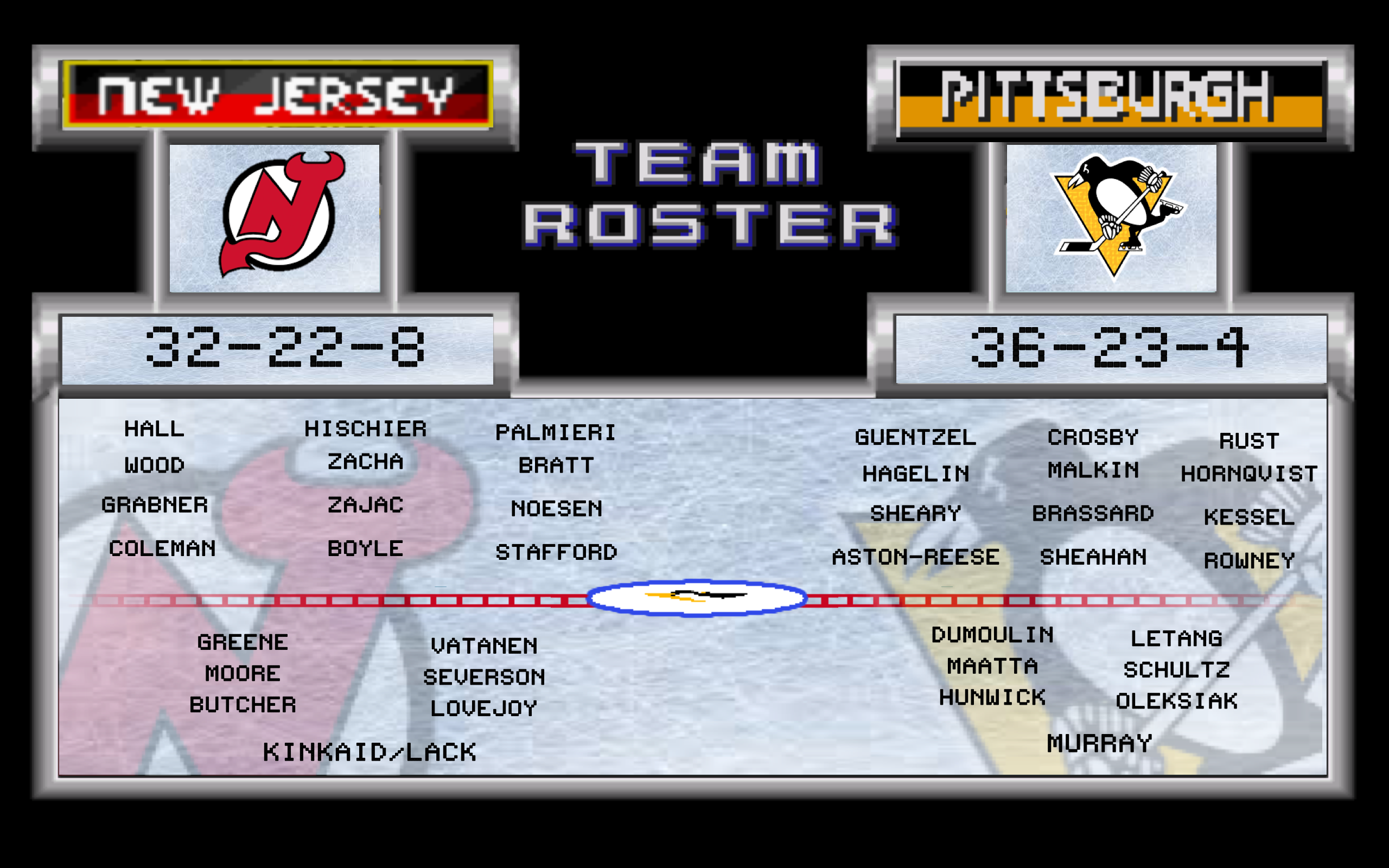 Meanwhile, the Penguins only trade of concern leading up to the deadline was obtaining Derick Brassard in exchange for Gustavsson, Cole, and Reaves.  As I mentioned, we got a sneak preview of how that left the Penguins’ defense in their loss to the Panthers, but a loss does not a season make.  Hunwick may yet prove himself to be useful in the grand scheme of things, or the Penguins could bring back Ruhwedel or try any of the other depth defensemen they have at their employ.  If Brassard is worth the price paid, then hopefully the skill level of the sixth defenseman will be mitigated by stronger play in the offensive end.

Regardless, the goal for GM Jim Rutherford was to improve the forward depth, and slowly but surely this season, through trading for Riley Sheahan and cycling through Baby Pens, he’s been able to do just that.  The pressure now focuses squarely on the goaltenders, and I believe Matt Murray has shown that he’s up to the task.  The others…

I felt as though the trade deadline was a little more impactful than it had been in recent years.  Many of the playoff contenders loaded up and paid big prices for their acquisitions.  Six first round picks in the upcoming draft were traded.  In case you missed it, here’s a quick summary of some of the bigger names to be moved yesterday: