The Penguins completed 3 preseason games before making their national television debut, and it’s only preseason so it shouldn’t really matter. Though Chicago has been on twice. And the Canucks 4 times. But Whatever. The black and yellow jerseys graced the NBCSN broadcast once again last night as the team iced what looked like an 80% or so opening day roster:

Murray and Niemi will be the goalies.

Off of the opening face off Jake Guentzel danced into the zone and put a back hander off the post. Before we had enough time to even predict what this season might hold for The Jackal he was burying a feed from Crosby:

The play is made by Conor Sheary who knows his job is to get the puck to open space near Crosby. A simple chip. For 10 years we begged the Pens to make trades for a winger for Sid, and all they needed to do was a simple chip. Solid finish by Guentzel too, obviously. 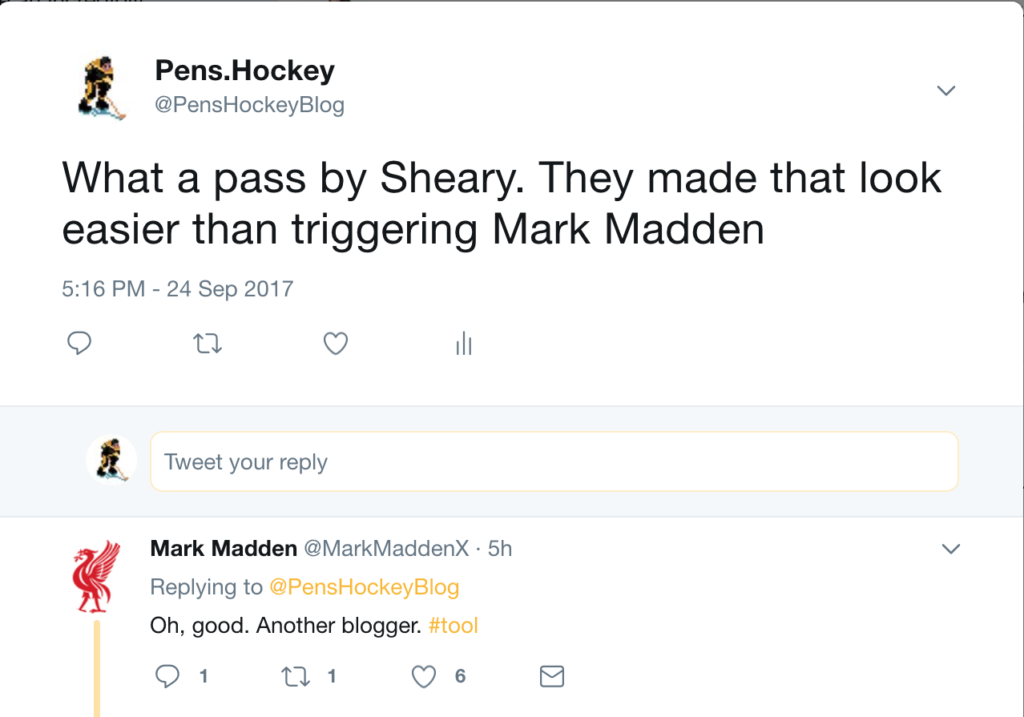 Matt Murray was stellar in the first and it would end 1-0. Sidney Crosby is still good at this whole hockey thing:

Pre-season hockey is clearly too easy for Sidney Crosby. He looks like a Midget playing against Peewee kids. pic.twitter.com/2Rfc2aXUgo

The second period went about as well as Jeremy Roenick interviewing the guy without realizing he was talking about the wrong hockeyville rink. Taresenko scored less than 4 minutes in and Kyrou scored 30 seconds later to put the Blues up.

The Blues held a 29-18 shot advantage through two.

I went to sleep because I’m old now and apparently the Penguins followed the Steelers example and stayed in the locker room during the period.