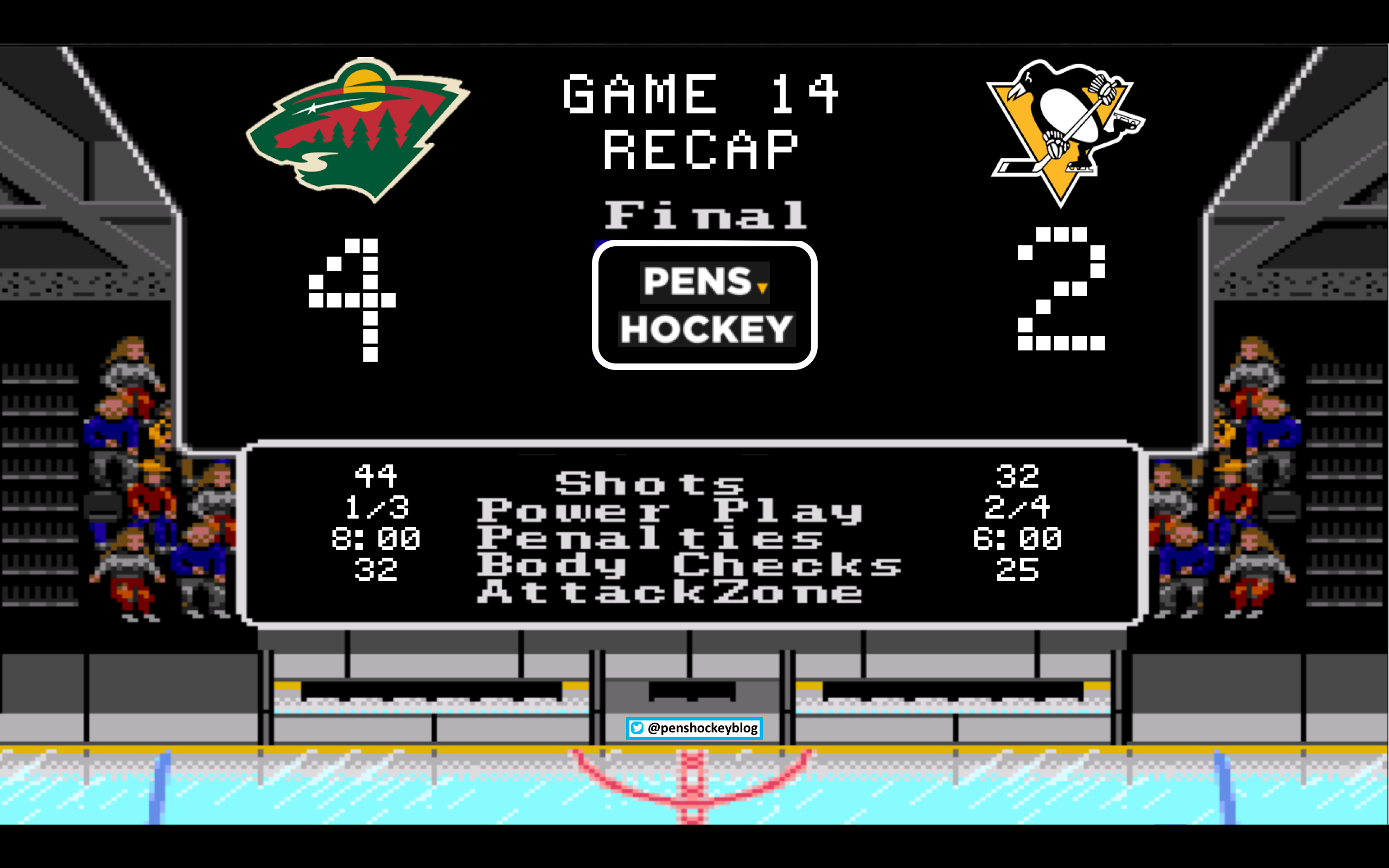 Within the first 4 minutes each line for the Penguins had high percentage opportunities that just missed, including Evgeni Malkin ringing one off the post. After some of those chances don’t go in early, you start to think that it might not be the Pens night. The Penguins have been playing solid hockey, the reason this feels weird is because it is the first regulation loss since the Nashville game on October 22nd. Before the game, the Pens honored Pittsburgh area veterans by treating them to a full day with the team, they also wore special jerseys to be auctioned off and showed this during the opening ceremonies:

Tonight, we had a special in-game opening video in honor of all veterans. pic.twitter.com/ts00F48uCv

Classy, classy stuff, and a great video. Ending with the last few seconds of dark silence is such a powerful move.

Crosby and Kessel have stayed late multiple times in the last week to practice passing after team practices. Kessel was asked about it and responded with “he wants me to pass it really hard,” and this is why. Trying not to be too much of a homer here, but there isn’t anyone better in the game with deflections.

There is also something about two superstars staying after a practice to work on passing in November that should make you smile.

The Wild power play entered this game clicking at 14%. I have no clue how this is the case because they didn’t lose possession on this opportunity, and finally scored in the second minute. Nothing Fleury could do here, Suter’s shot was going to hit Ohio before the deflection.

Minnesota was pretty resilient throughout the game, and they responded well to the Pens scoring.

Slick hands by the needle man. Awful defense by the Daley and Maatta pairing. One of the Staals assisted.

Eric Staal tripped Kris Letang seconds before the goal went in. Letang had already lost possession by the time he was tripped, but because he was on the ice he wasn’t able to cover for Staal alone in front. Really mind boggling how this call was missed when it was similar to the trip Maatta was called for earlier.

After the goal the Penguins would receive one make-up power play but the refs basically put the whistles away. Ryan Suter caught a pass over his head and ran in to the end-zone before letting go, Eric Staal tried to slash off Phil Kessels arms. The Penguins had their opportunities in the first period to bury this team, but  missed calls on a power play that was 2/4 with 17 shots adds to the sting.

Well… if you’re going to give up an empty net goal at least make them shoot the length of the ice. Staal and Kessel were exchanging words for about 10 seconds before this went in after Staal laid a slash to the hands of Kessel.

Wipe the KY jelly off your fingers, grab that lil thing (not that...yer mouse!) and pick yer hockeyporn.

It is Veteran’s day, and to any of our readers that are Veteran’s, or to your friends and family members, thank you. This holiday is often viewed as a fun 3 day weekend, but to those that have served, are serving, or family members of those that have given the ultimate sacrifice in order for us to continue living it is much more than that. True heroes are often the one’s most forgotten, and we are completely thankful for your service and sacrifice. To all of the veteran’s out there, sincerely from all of our hearts, thank you.

This is exceptionally fitting on Veteran’s day. Rest in Peace Mr. Cohen.