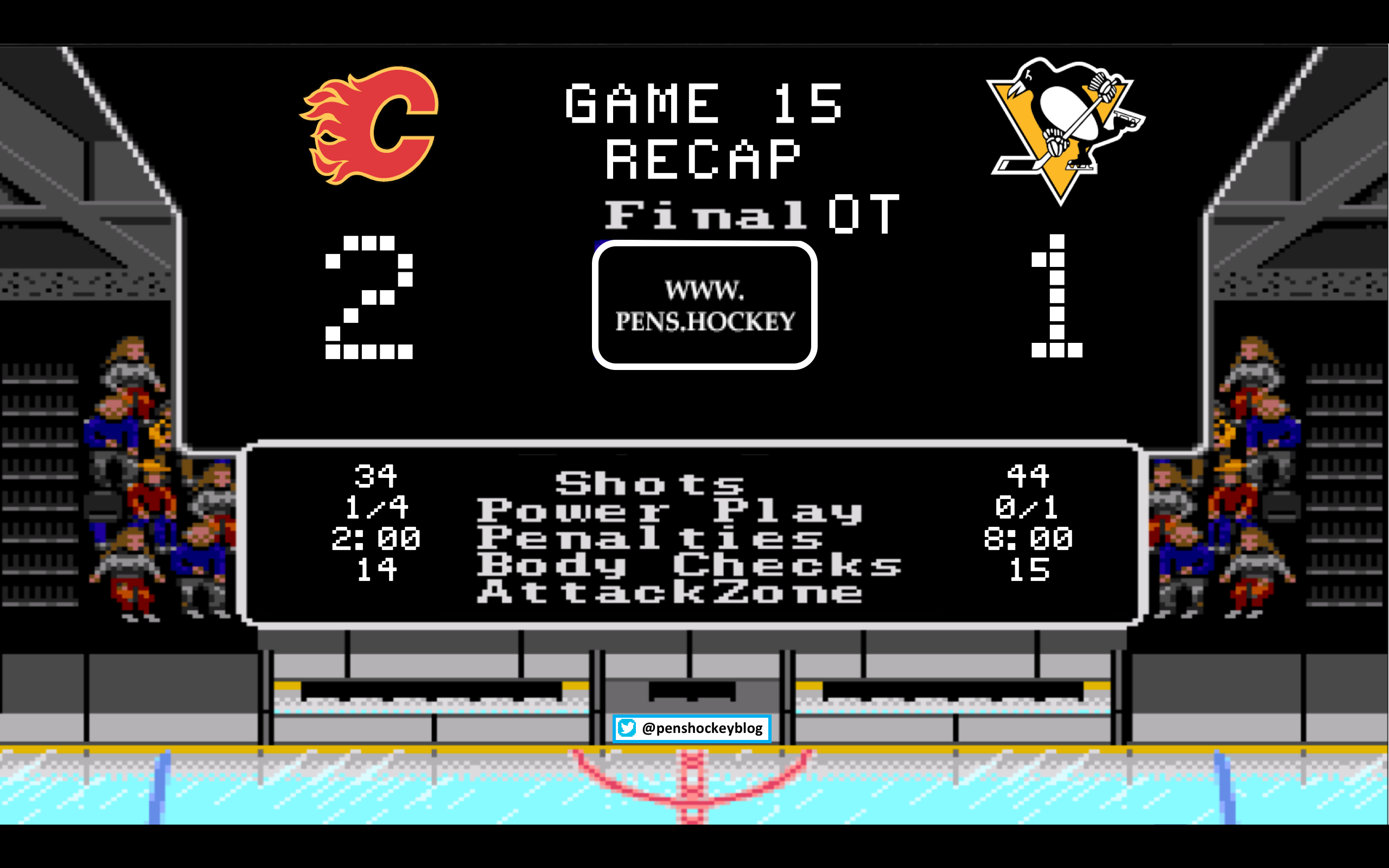 Last season the Penguins went 5-4-6 in the second of back-to-backs, and though it’s far from a winning record those 6 overtime games make it more bearable due to the free point. Heading into this game the Pens had already matched last seasons 4 regulation losses in the same scenario this season.

Bob Grove with some quickies:

The second was more of the same, but I forgot to mention that earlier in the day Penguins PA announcer dropped the bombshell that we’ve been pronouncing Conor Sheary’s last name wrong this whole time.

Tristan Jarry was very solid in his second NHL start:

Saves like that by both goalies kept it scoreless.

After a strong first period you felt like the Penguins had to strike in the second before the fatigue started setting in. Well they didn’t, so when the third started it felt like we were just waiting for the Penguins to cave. Well, they also didn’t. This is mostly because the new line changes has allowed Sullivan to constantly have offensive weapons on the ice, the difference between top TOI forward (Crosby 19:30) and lowest not named Reaves or McKegg (Kuhnhackl 13:03) is excellent roster management. It kept the team fresh, and for once they looked like they wanted to play a third period.

All of that to preface that the Flames finally cracked Jarry 15 minutes into the period off of a redirect:

Now the Penguins are done. No hope. No reason to try, just mail in the final five minutes.

Or start to show the haters

The team would hold on in the final minute and finally earned a point in this situation, a very welcome sight.

The Penguins making it to overtime was an achievement, but hoping their legs would stay fresh throughout was a long shot. Though they had chances Calgary obviously had the advantage and 2 minutes in Giordano finished things off.

Our lack(tate) of 5on5 golas is UDDERLY redonkulous!