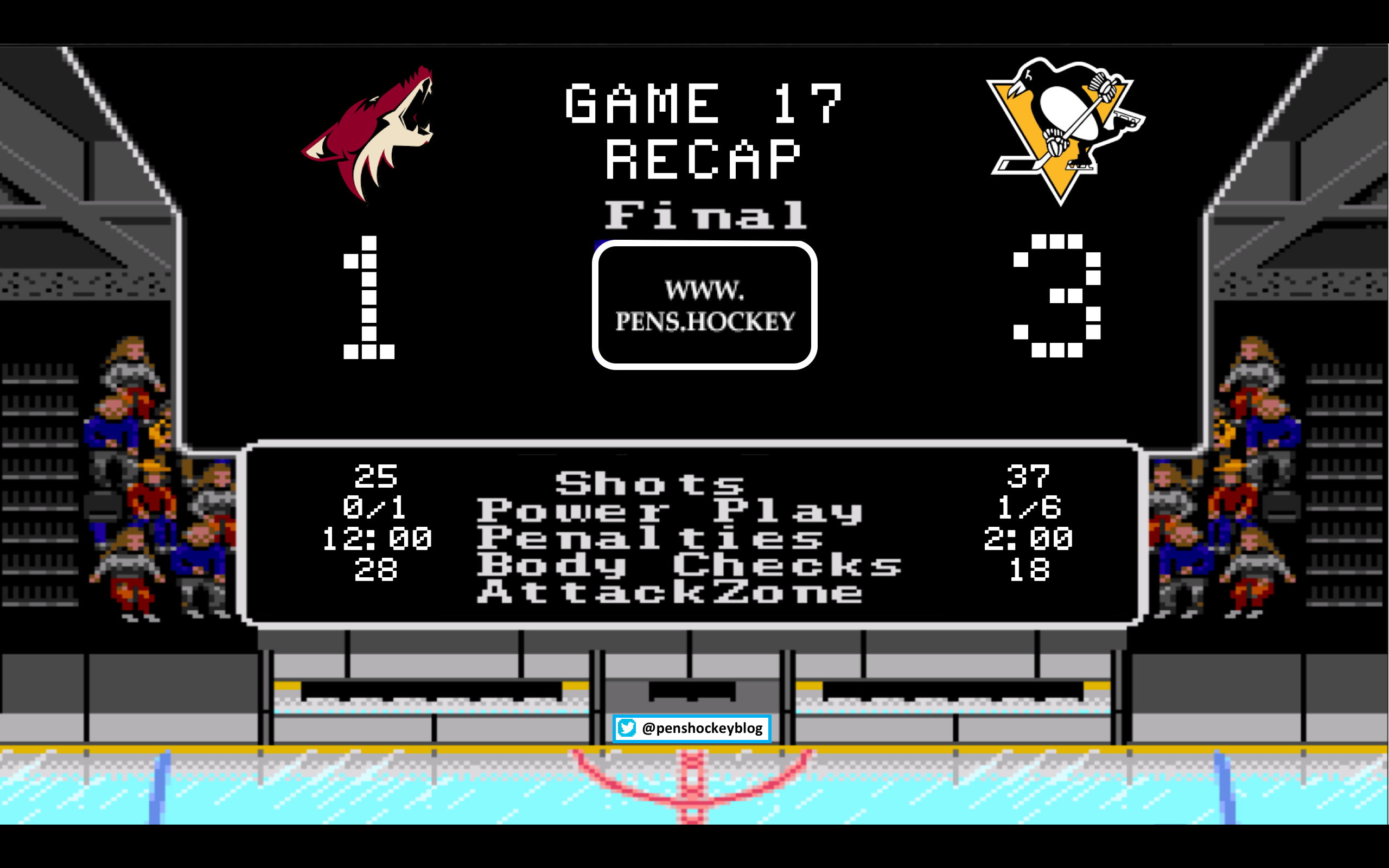 The biggest news before puck drop was that Justin Schultz ended the Zack Trotman experiment, thank God. Matt Hunwick was also noted as being close to a return but was eventually scratched for further evaluation. The Penguins had a few days off to gather their thoughts before this game, and knowing that they have a back-to-back with Washington and Nashville this weekend they knew they couldn’t let this one slip away. It also helps that Arizona took 6 penalties, but to the Penguins credit they only took one minor penalty, a new (and very welcome) trend.

Last night was Crosby’s 799th career game. Imagine being someone that got mad at Crosby during his longest goal slump of just 12 games. Also, the last time Crosby went 9 consecutive games played without a goal the Penguins went on to win the cup… works for me. 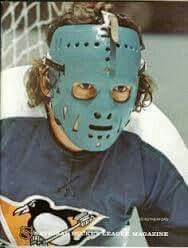 I would lose my shit if Matt Murray came out for warmups wearing that mask. Just look into those eyes, you can tell he’s thinking about robbing Toronto one day.

It took less than one minute to realize Justin Schultz is still representing the Chug life.

The Pens with some solid offensive zone rotation results in the odd Malkin to Schultz at the goal line feed. Schultz had 3 options with the puck, either go back to Geno, dump it behind the goal, or throw it on net out of excitement from being back in the lineup. He made the right call, and Raanta would make up for this shouldn’t have been goal by stopping several should’ve been throughout, naturally.

The Penguins would continue pressuring the tired Coyotes and just three minutes later it was The Philkin cashing in:

Most media members tried to make a baseball joke here, but if Malkin played for the Pirates he would’ve been traded for a prospect relief pitcher 8 years ago. The Guentzel Philkin line looked really good in the first, you can even see Jake skate in late to this goal. They were a force that the Coyotes simply didn’t have an answer for.

The Pens continued pressuring Arizona throughout the period but apparently their goalie named Antti isn’t a complete dud like another dude we know. Neither team would convert for the rest of the period and the Pens took a much needed first period lead off of, wait for it…. two even strength goals!

Some of us, okay all of us, assumed the Pens would come out a little soft in the second considering they had a 2 goal lead on a team with 6 points this season. Well we were wrong. The Penguins came out for the second period with even more fire power throwing 15 shots on goal, by the end of the second period the Coyotes had 15 shots total. Raanta Fanta was solid throughout:

The Pens couldn’t crack Raanta and the score would remain the same.

only 4 blocks for Arizona, either the Penguins were making good shot choices or the Coyotes are scared of the puck, or both.

The Coyotes are that annoying guy that doesn’t really need disability but it’s easier than work so fuck it. They don’t let you win easily even though they know they’re going to lose, and less than 30 seconds into the third they had to make it a one goal game.

It’s “tor,” I know Arizona has the worst public school system but come on, Google is free.

Not the best start but it’s mostly because Kris Letang was wearing a Schultz jersey. Much like an immature team in a tight game is expected to do the Coyotes took their 6th and final penalty, the Penguins were scoreless on their first 5 so this could only go one way:

Phil looking at Geno like “anything you can do I can do better, bitch.” Just some insane patience and hand-eye coordination on display, and why didn’t a defender get to Kessel while the puck was in the air to body him up?

The Penguins just had to hold down the fort, which is a pretty easy task when you aren’t under attack. The Coyotes did manage 10 third period shots but Murray was able to stop the remaining nine, time ticked down and the Penguins did exactly what they needed to.