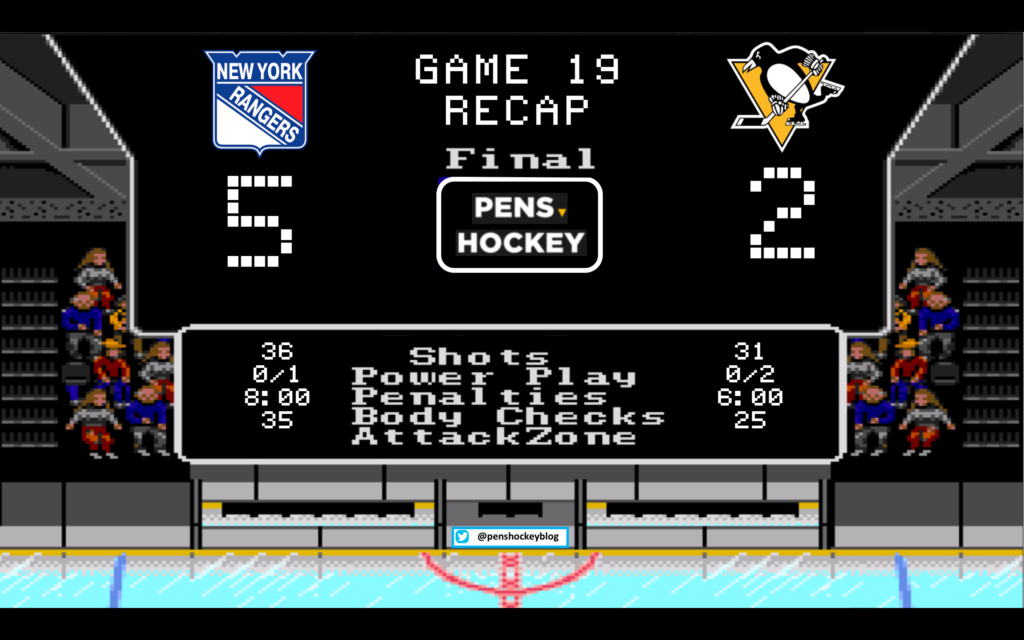 November is ending, and the Penguins are trying to finish this recent stretch of 10 games with a winning record. Playing so many division games this early is a bit of a blessing, because there really isn’t a better measuring stick than going toe to toe with the Capitals and Rangers in less than 7 days. You don’t need advanced stats, or regular stats, to tell that right now the Penguins aren’t stacking up. The Penguins defense is shaky at best right now, and because of this the Dougie Hamilton trade rumor is getting larger and larger. While I don’t think a trade for a defender is necessary right now, I don’t understand why the Pens haven’t switched the pairings. Letang and Maatta had great results during the regular season last year, and though Dumoulin and Letang became a thing mainly in the playoffs and it worked, it isn’t working now. As you will see through the highlights, the Penguins defenders were not urgent enough or hungry enough on the puck in their own zone for most of the goals. Twitter flipped it’s shit and blamed Fleury, but I hate to tell you, Matt Murray loses this game too. Everything the Rangers throw to the net bounces the right way right now, and if the defenders are turning the puck over and giving increased chances, the man in net doesn’t matter. Even if Murray would’ve saved some that Fluery didn’t, the Penguins weren’t hungry enough, and the result would’ve been the same.

The goal wasn’t that great, and should’ve been saved, but the reaction from his family is just awesome. Everyone couldn’t resist with their Lemieux references. Last Penguins player to score on his first shot of his first game was Derrick Pouliot, so let’s just take Guentzel for what he is on the surface and appreciate that, instead of building unrealistic expectations again.

It’s a good day to be a Guentzel. pic.twitter.com/cp8SrHVkUc

Phil Kessel has sneakily climbed into the top of the NHL in assists. We’ve been harping on his playmaking ability all year and how that was never an advertised part of The Thrill. This is a better goal in my opinion than Jake from Statefarms first, a willingness to follow the puck to the net and chip it in. Keep it up kid.

It seems like every time Rick Nash scores a goal against the Pens they are saying how it is his first goal in 5+ games. Cole was the one that originally lost the battle on the wall, and the play doesn’t happen if he wins. I know what Schultz was thinking, and it was a good play, the puck just happened to bounce the one way to make it not a good play.

Fleury never figured his positioning out after he battled one to the corner, but again, it was Trevor Daley losing a battle that started everything. The Rangers were hungrier and out battling the Penguins defenders in the defensive zone, and that hard work resulted in two goals.

Sullivan has been pretty smart about recognizing when things aren’t working. The Penguins have been giving up unlimited short-hand chances since the Edmonton game. It is time Sullivan. If the power-play was still clicking at 40% then I would shut up, but it’s not. It is time to put 2 defenders out there.

The Rangers fell into a trap and the Penguins had no answer for it. They got like 2 shots of in the first 12 minutes of the third.

As we highlighted in the gameday, the Rangers have an out of this world PDO, which means they are getting some extreme “puck luck.” However, as is a theme, this goal does not happen if Dumoulin makes a better play. 3 of 4 Rangers goals to this point started on a Penguin’s defenders stick in the defensive zone.

Empty Net goal, honestly not even sure Sullivan should’ve pulled the goalie. If you can’t get through a 1-2-2 trap with 5 men, 6 sure isn’t going to open new pathways. 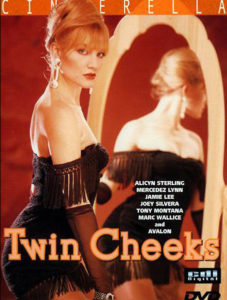 Honorable Mention: Rust’s & Cole’s staches are at such hot lava-porn levels, Kennywood is considering offering them as a new ride for the ladies this spring!