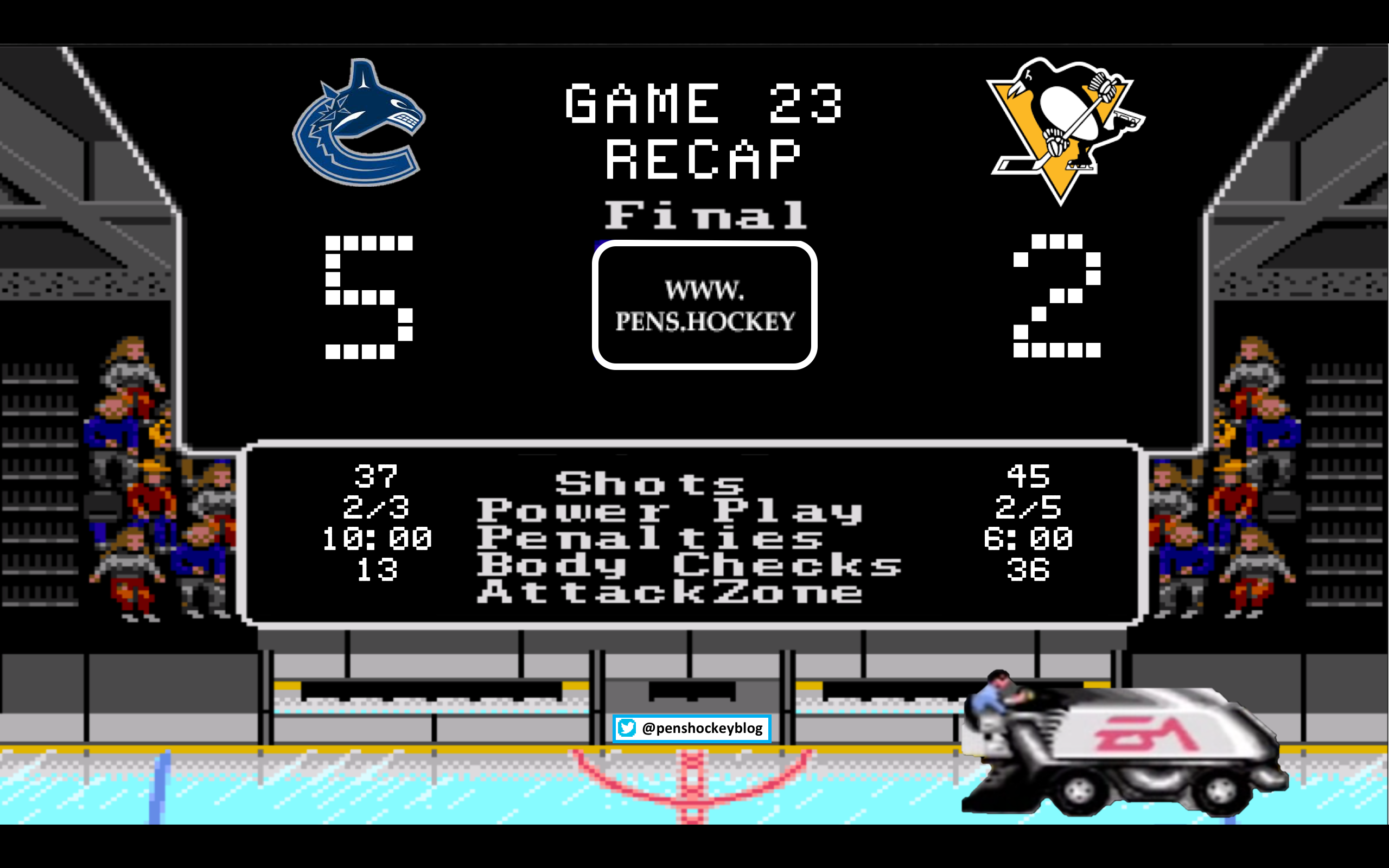 click for stats. No clue why Brendan chose that as the title of the post, but I’m leaving it

Ahh Thanksgiving, when we get around a bunch of people we see once a year and try to refrain from the touchy subjects that spark controversy such as foreign policy, taxes, the penguins penalty kill, immigration, when are you finally going to get a significant other, the Penguins lack of offense, and so on.

Another game…. another Boeser goal.

Brian Dumoulin with a rare failure to keep the puck in the zone on the boards resulted in Boeser getting the puck, and he was double-teamed efficiently at the wall, or so it seemed…

Here is Dumo right after missing the puck, 2 Penguins and 2 Canucks. 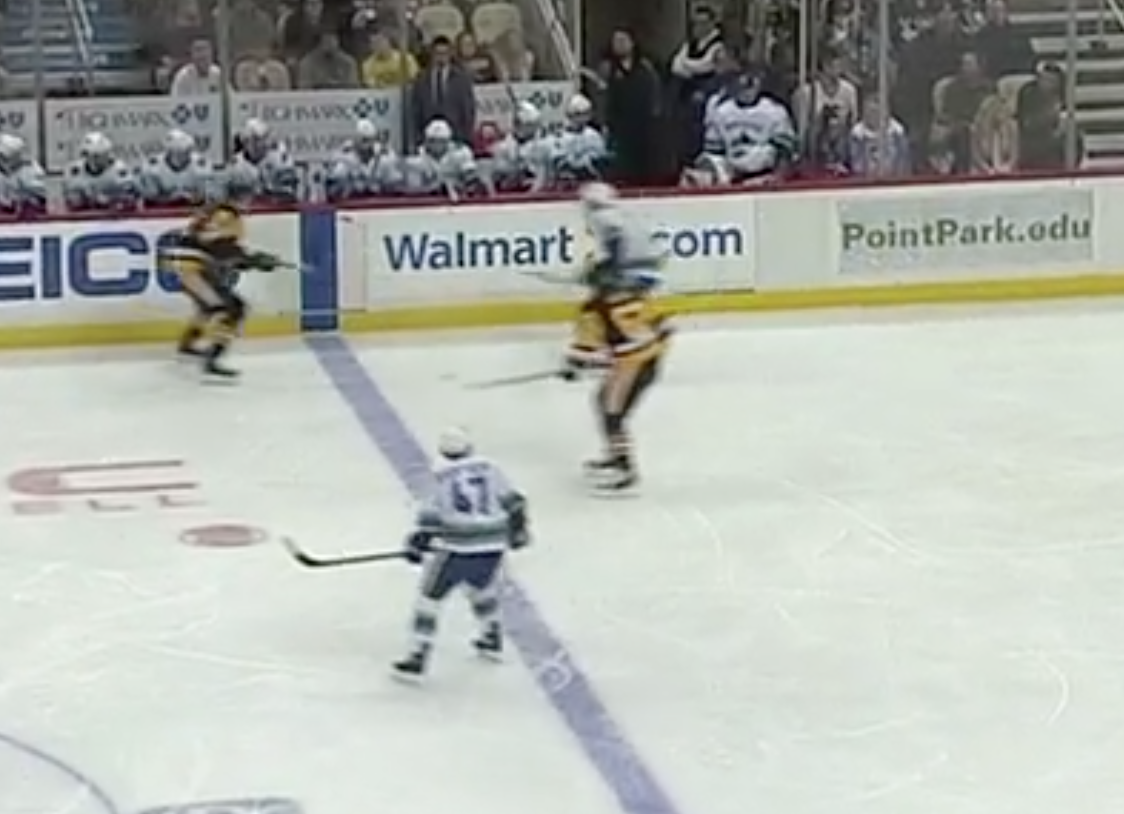 A few seconds later it’s Brian Dumoulin busting his ass trying to recover while the much faster Carl Hagelin (red circle at red line) is putting in as much effort as thepensblog in 2015 while Josh Archibald (second red circle) makes a good bid for the pressbox:

As the play progresses it is Brian Dumoulin still busting his ass, while Carl Hagelin is covering the ref:

By the end of the play Hagelin, the fastest man on the ice and the only Penguin that could’ve prevented all of this with effort on the backcheck isn’t even in the screen. This is what we’ve been talking about when we say the Penguins forwards are leaving the defenders out to dry: 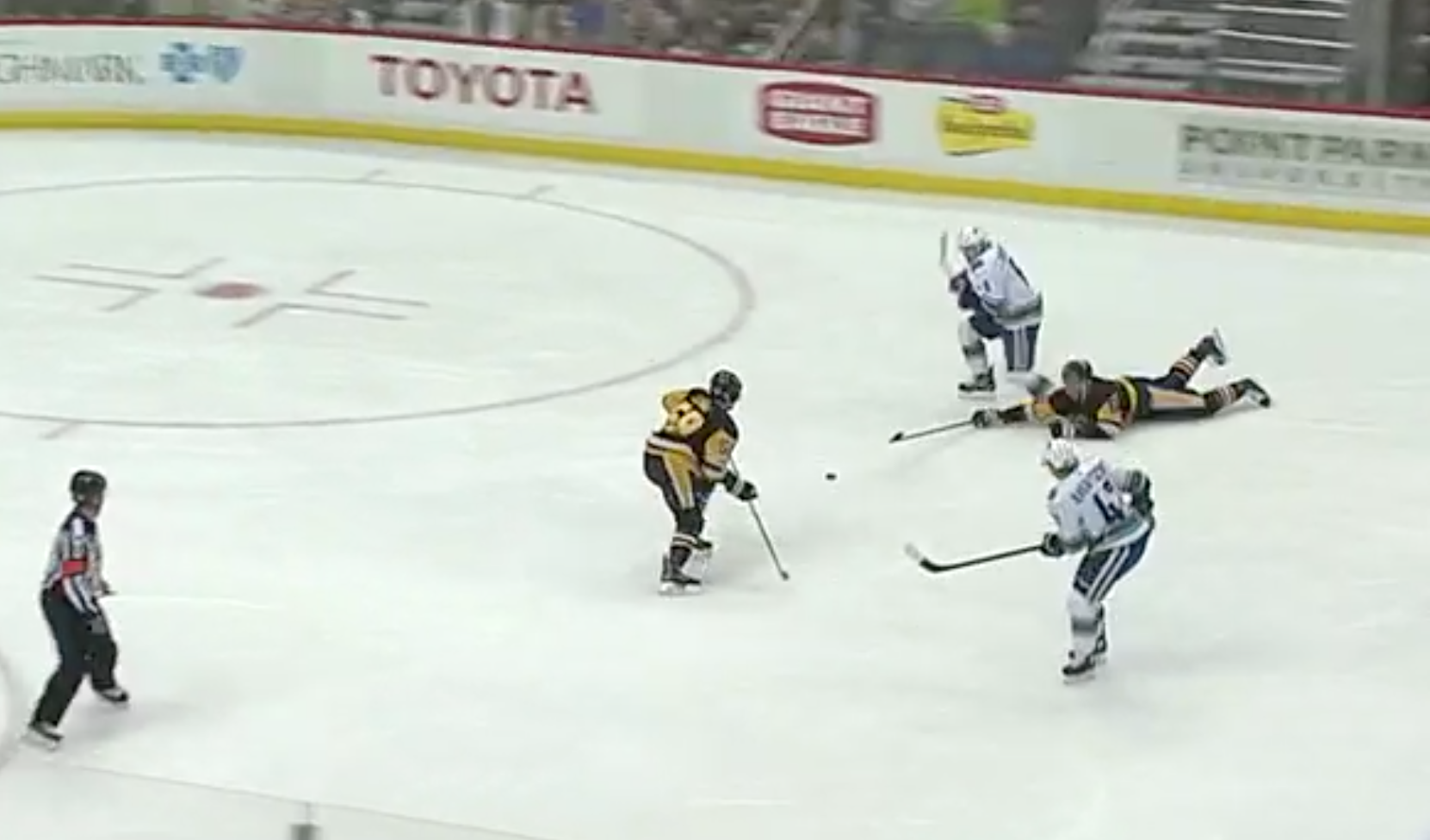 Three minutes later the Penguins were given a powerplay and the man filling in the big shoes left by Evgeni Malkins absence stepped up:

Guentzel has three goals in his last five games and goals in both games vs. Vancouver this season. Not bad! pic.twitter.com/YYl8m96rso

Great second effort by Guentzel, but as usual the gif cuts off the most important part of the play… 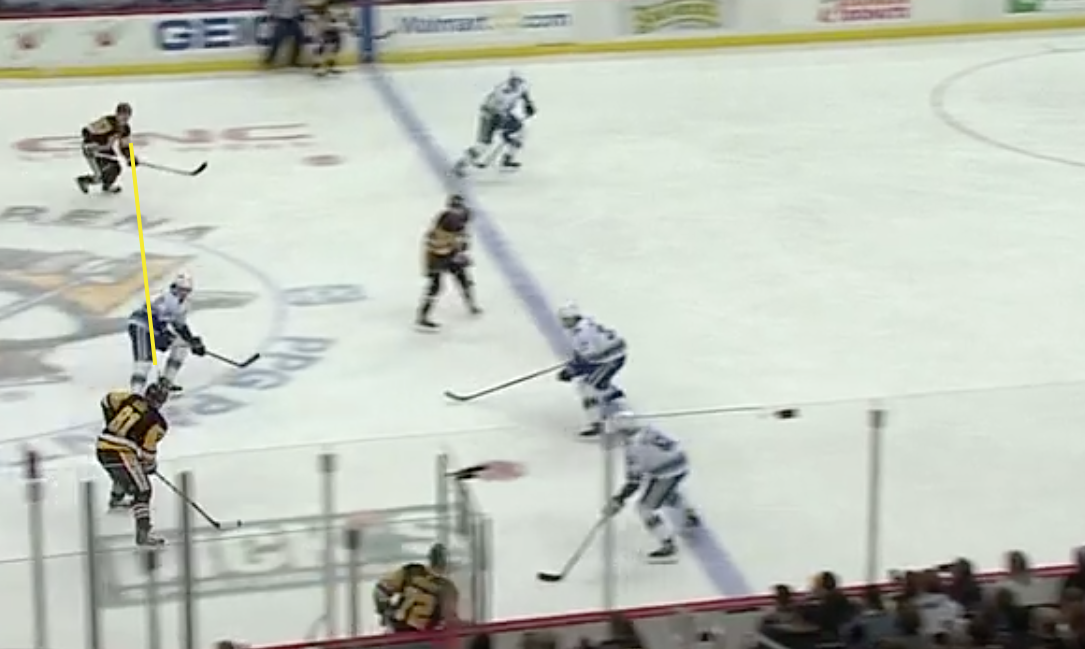 Entering the zone Phil Kessel takes a quick look at Guentzel (represented by the yellow line), and times a perfect pass (red line below) 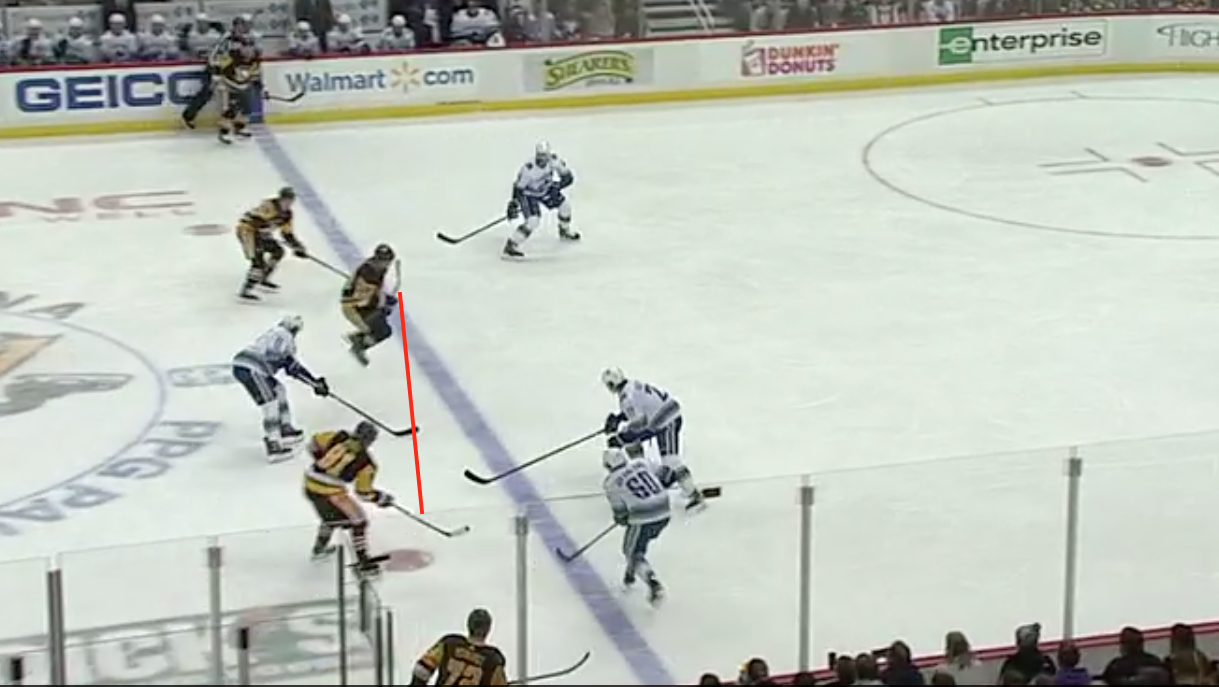 The pass springs Guentzel through a wall of three defenders once again representing the vision and ability of Kessel to execute. Had the pass not gone through all 5 Penguins were at the blue line and it would’ve been a long breakaway for the Canucks but whatever.

We just can’t have nice things however and since I picked on him in the Gameday post Loui Eriksson decided to make me eat my words two minutes after the Jake goal. Phil Kessel was skating backwards with the puck through the defensive zone unaware of a broken stick on the ice, he inadvertently skated into the stick which knocked the puck off of his stick and right to Vanek who still plays in the league.

Nothing else in the first.

Here's a look at your #VANvsPIT stats after the 1st period. pic.twitter.com/ZZ42WkIp0x

The second period was all Penguins in every column except for luck. The Penguins decided to give Derrick Pouliot a tribute video, which is possibly the most bizarre tribute video decision ever (recall James Neal did not receive one, and it took Jagr 15 years to get one, but sure DP gets one). Following his video Pouliot did something we all knew was going to happen eventually….

Derrick Pouliot has his first goal with the #Canucks, haunting his former team in the process. pic.twitter.com/07Yh3hV6kz

Pouliots first goal since 2015, was going wide but unfortunately bounced off of Dumoulins leg and in. If you’re keeping track at home that’s 1 good goal, 1 off a flukey stick, 1 off a leg. Rough start to the game to say the least. The Pouliot goal came on the powerplay following an Ian Cole penalty, and since the Penguins PK is awesome Carl Hagelin continued his strong game by taking another penalty two minutes later. Brock Boeser wasted no time ripping an absolute rocket:

There isn’t anything Murray can do here, it’s an absolute rocket from Brock, or a Brocket if you’re a dad in Vancouver. Just another two goals allowed by the penalty killers, a unit that has now allowed 22 goals against (league average 15) and sees their kill percentage fall to 75.82%, a solid 5% below the league average of 80.3%. Keep worrying about whatever aspect of the Penguins you want, but the lack of penalty killing is possibly the biggest issue.

30 shots and 1 goal, seems about right for this team right now.

The Penguins get a gift in the third when Micheal Del Zotto proved that once a Flyer always a dumbass by taking a penalty in the first minute of the third. New powerplay specialist Jake Guentzel was there again:

Brought to you by: @jakenbake20 pic.twitter.com/EMZTqy4EDW

It was the start the team needed but it wasn’t enough to turn their fate, and even though they would pepper Nilsson with 15 third period shots it just wasn’t meant to be.

With Murray pulled Brandong Sutter would make his mark against his former team and score his 2nd goal of the season, capping the game off.