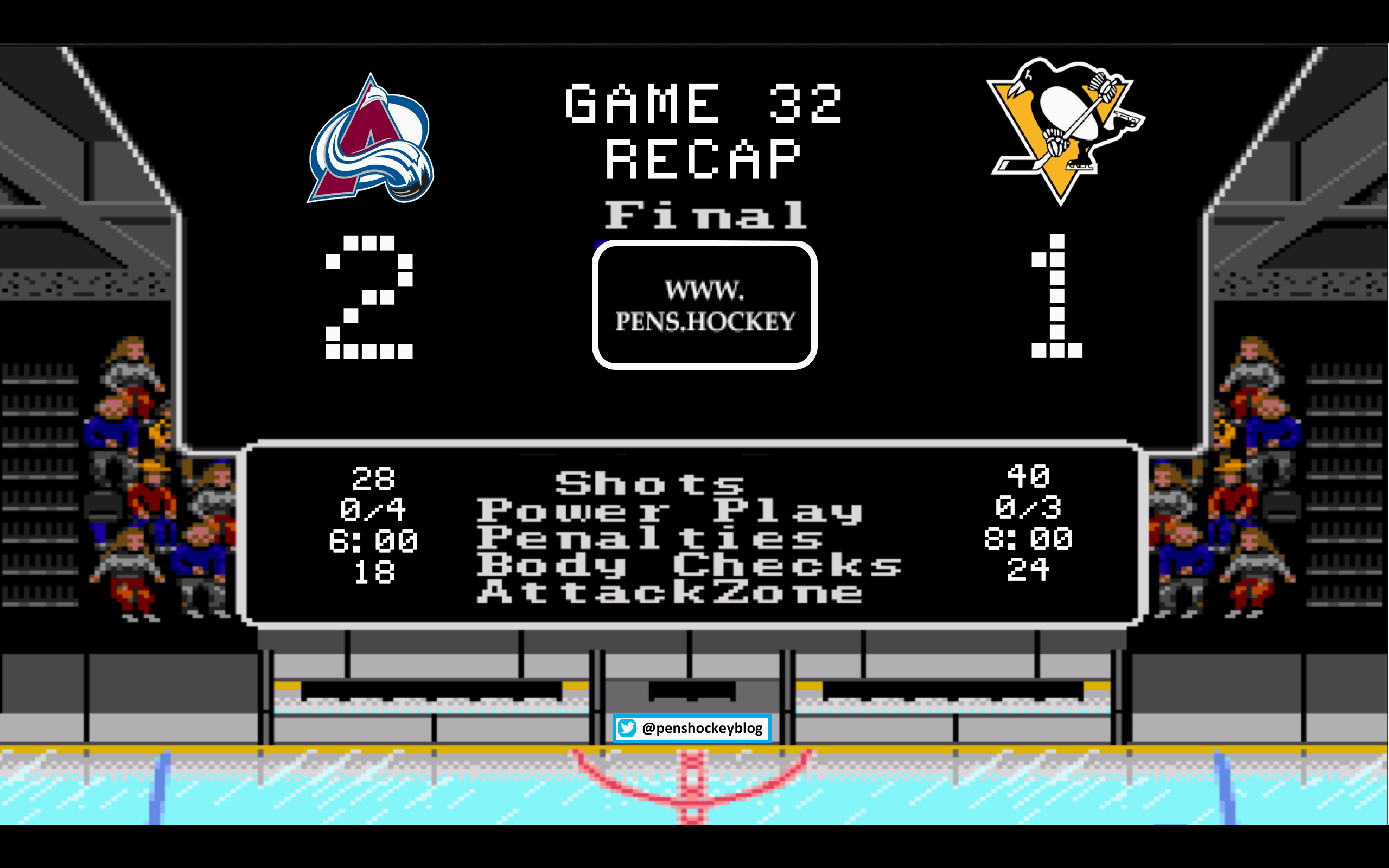 There are a lot of tried and true traditions in Pittsburgh sports, the Steel Curtain, the championship mentality, the Pirates giving away their best players for future considerations, and playing down to an inferior teams level. The last point mainly goes to the Penguins and Steelers, because it’s hard for the Pirates to play at a lower level most of the time.

I mentioned in the gameday that the Penguins needed a better start than they had against Toronto. To their credit they got it, but despite once again hitting double digits in shots in the first they couldn’t break Bernier.

The Penguins took their lessons from the first period and threw them out the window. They couldn’t complete a pass in the neutral zone for the life of Murray. They could only complete 1 out of every 3 defensive zone passes. Most of the turn overs resulted in prime opportunities like this:

YOU SHALL NOT PASS. pic.twitter.com/Y4lllvk7t2

Jarry was solid for the team, and he had to be or else this thing would’ve been 3-0 Colorado. When this period ended 0-0 we all had that feeling.

11 shots each in the period.

Most of you reading this go way back in your Penguin fan tenure, and every one of you knew bad things would happen if the Pens didn’t score in the first 5 minutes of the third.

And bad things happened a minute later when Mark Barberio breaks the tie thanks to some good luck at 6:17.

The goal didn’t do much for lighting a fire under the Penguins, which isn’t shocking considering a literal fire probably wouldn’t have lit a fire under the Pens in this game either, and they barely changed their game in response. As time ticked down the Penguins pulled their goalie in a last ditch effort. It resulted in Blake Comeau (remember him?) putting the Avs up by 2  at 18:31.

To add insult to the loss Phil Kessel had to remind us all that he is the lone Penguin bringing it every night, dying alive in Pittsburgh.

The Penguins drop back to back games at home and their record falls to .500 at 16-13-3. Grandpa Jim is getting the ole rotary phone out before the holidays.