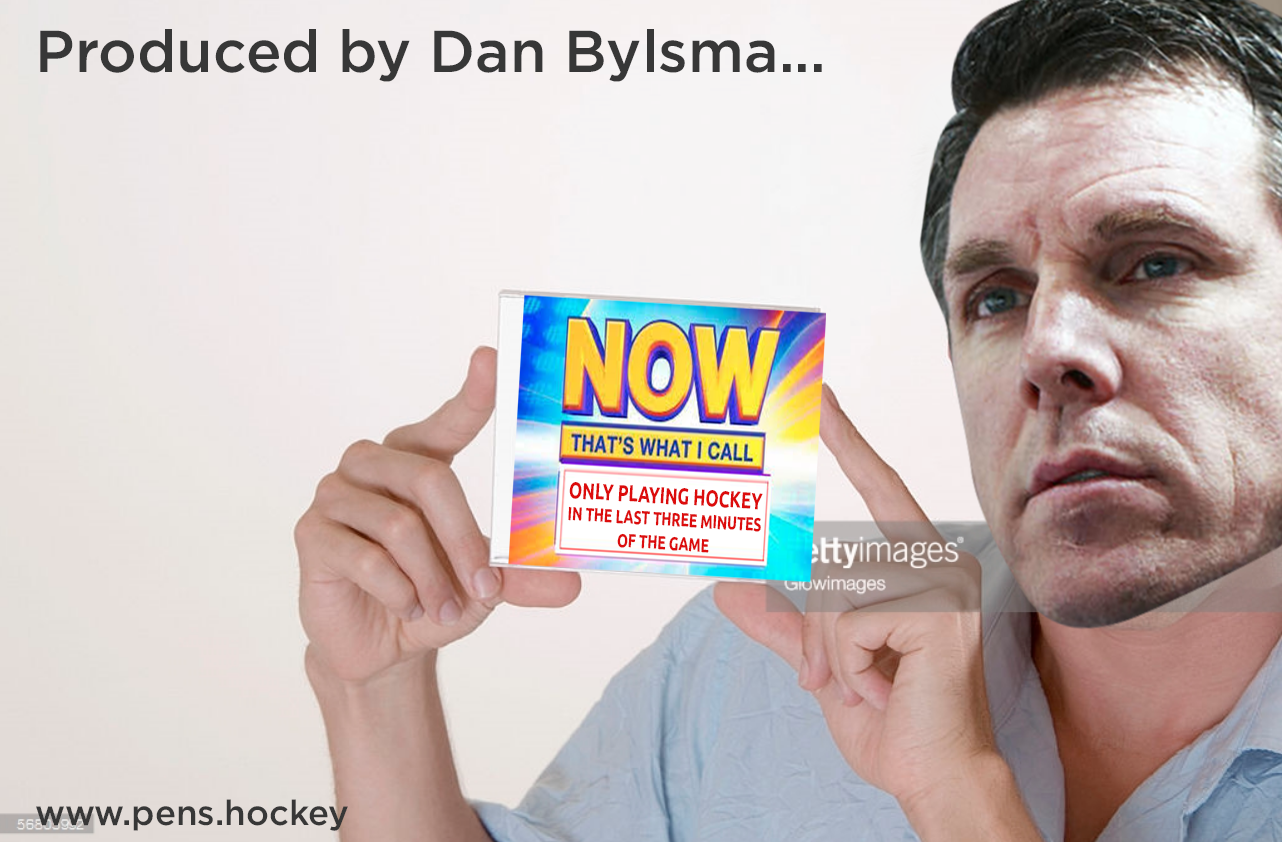 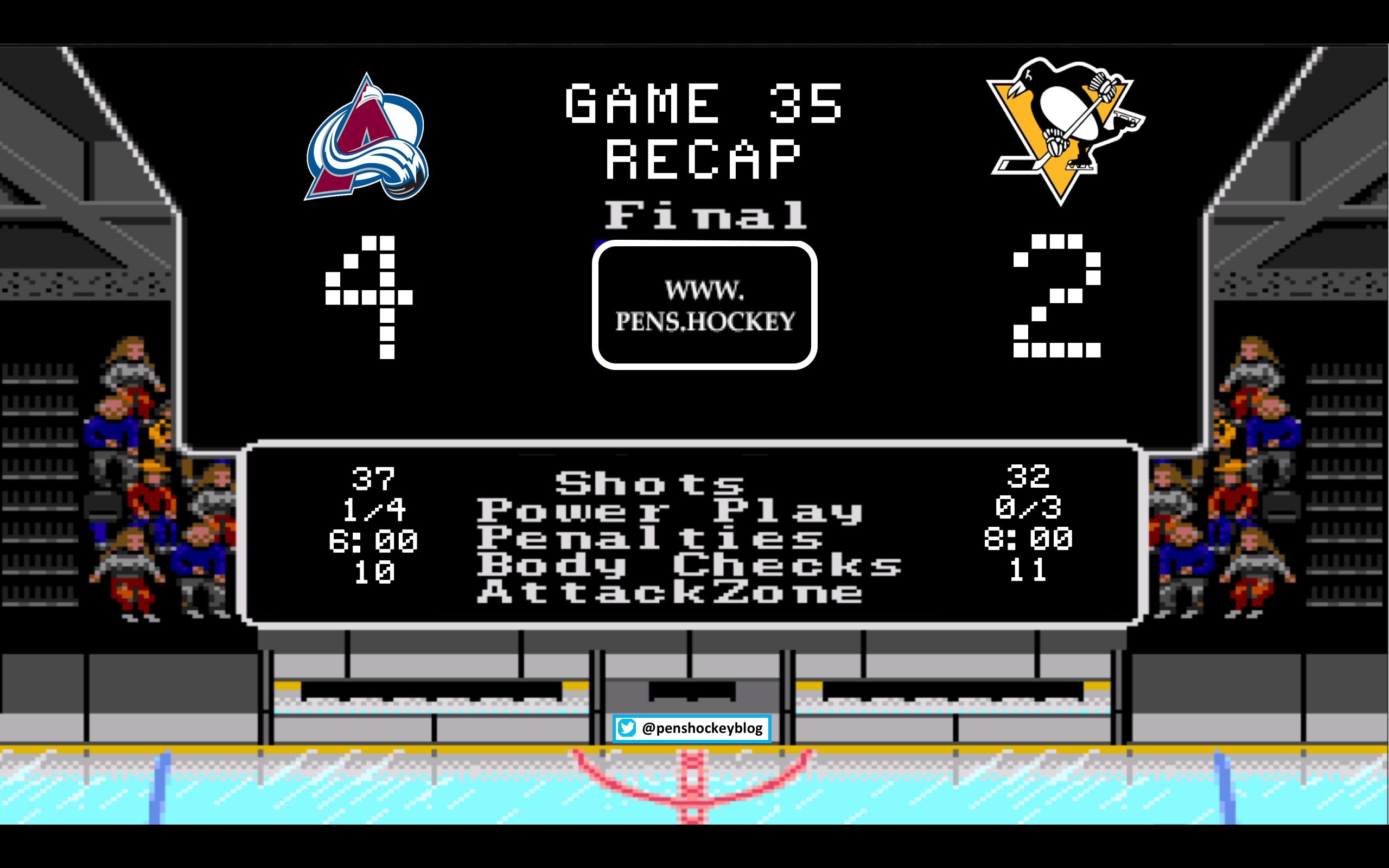 stats linked to banner, click if you have a strong stomach

Going into the game the Penguins had lost 3 of 4 in what seemed like 4 very winnable games, so we were all like:

From the drop of the puck the Penguins exchanged chances with the Avalanche as both teams had great scoring opportunities. It’s fun to watch, sure, but it isn’t sustainable hockey. The team continued to show no signs of defense throughout the period, luckily for them Murray was dialed in for the time being:

The lack of defense would eventually catch up to the Pens, and Tyson Barrie would give Colorado the lead just five minutes into the game.

The Penguins responded appropriately to the wake up call by not waking up. Luckily the big guns took the task to heart and got the job done:

Clean offensive zone win and a shot that catches the goalie off guard… it’s not that complicated of a game.

The teams would play a draw the rest of the way through the first, and it seemed like it would be another one goal game.

18 shots in the first for the Pens, remember that number.

The second period started out with some miscommunication leading to your typical 3 on 0 given up by the Penguins. Somehow Colorado shot it wide on that attempt, but that whole scenario was basically foreshadowing of what was to come. Less than 6 minutes in Tyson Barrie gets his second of the game to give the Avalanche the lead back.

The period was ugly, and this was the closest the Pens got:

Eventually the Avalanche would score at 18:20, you know it’s an ugly period of hockey when J.T. Compher scores with less than two minutes left. Call J. T. Compher!! 8-7-7-TRADE-NOW!

Remember the Penguins 18 shots in the first? They get outshot 15-6 in this period. Not going to win many hockey games playing a middle frame like that. Mike Sullivan post game stated the obvious, “we got outplayed in the 2nd period badly. They were hungrier than we were. They were better than us.” At what point after hearing your head coach say the fucking Colorado Avalanche were better than the team you’ve built do you make a move?

The third was starting, half of us were asleep, hopefully Mr. Sullivan was able to get through to the boys one more time holy shit he did because GENO!

Chad Ruhwedel with the 2 point night as he continues his solid “put me in, coach” tour. Ian Cole also gets an assist in the same game that saw his minor penalty streak get extended to four games as he continues to be an enigma for the staff. Solid finish by Geno here, always good to see that old determination rear it’s head.

The only good news is we didn’t have to report on another one goal game because Sullivan pulled Murray, which was stupid considering the team couldn’t play defense with a goalie, and the Avalanche cashed in.

The Penguins looked like someone captured their grandma in the last 3 minutes, which gave us really bad flashbacks to the Dan Bylsma era. Those games when all you remember is how hard they tried but just couldn’t get the tying goal. Not this time boys, unlike those Danny B teams Mike Sullivan’s hockey is noticeable when it is on and when it isn’t, and it hasn’t been on in quite some time.

That is why Toews is the 7th best leader all-time