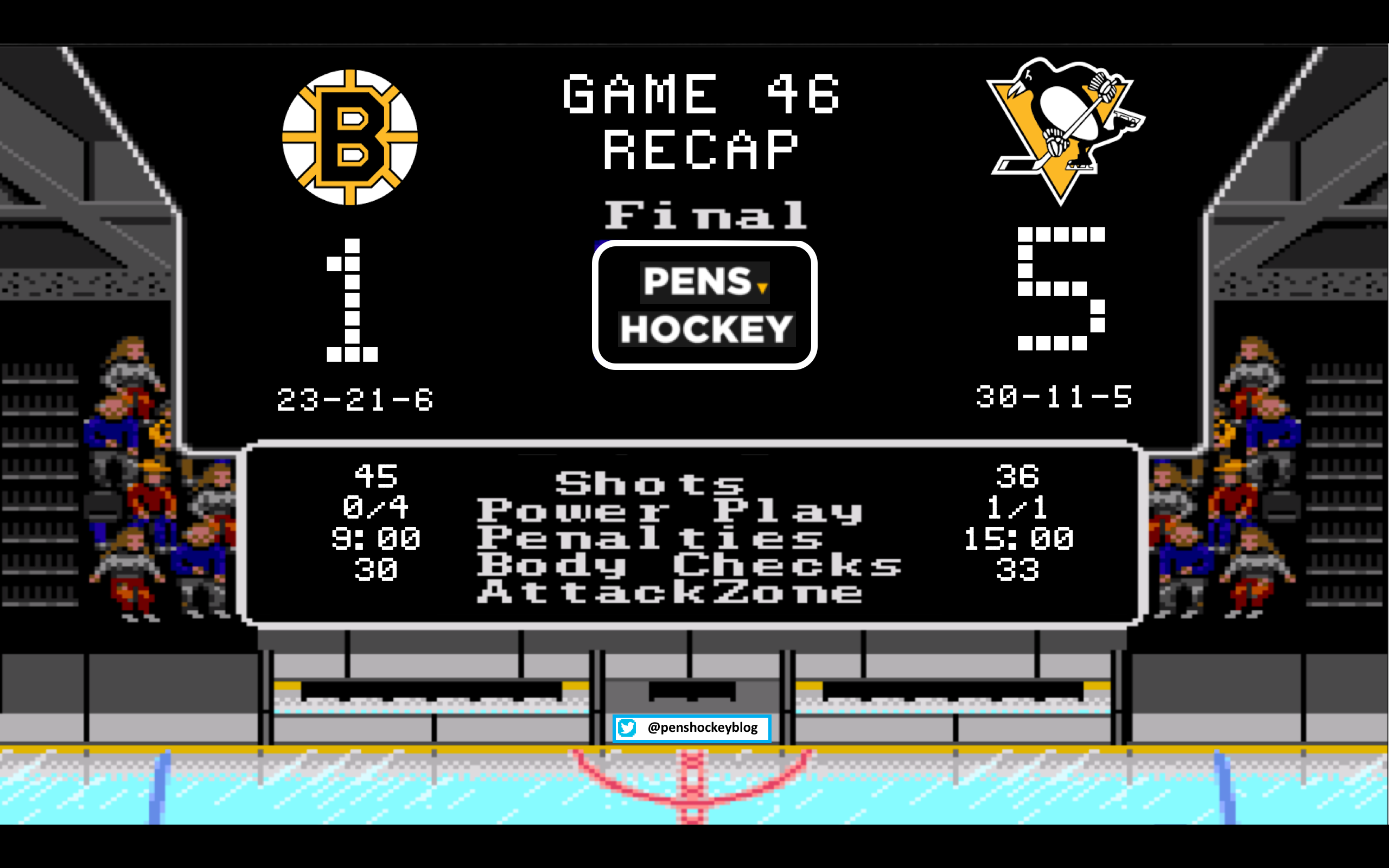 Henrik Lundqvist, Braden Holtby, Carey Price, and now Tuukka Rask. These are 4 of the most elite goalies in the league, in fact leading into this season there’s no way these 4 names didn’t come up in a top 8 goalies in the league list. Each of these elite goaltenders have also given up a piece of their mind’s real estate to the Pittsburgh Penguins. The Penguins are playing some lights out hockey right now, and they are doing it in a way that other teams cannot answer. How does it feel to not be able to score more than 1 goal against a team missing it’s top 2 defenders?

A few years ago the phrase “day game” meant certain loss. In this one both teams started out slower than Olli Maatta, which is something we have grown accustomed to for the Pens recently. 13 minutes into the period your mom stepped on the ice and put a crater in it, and they decided to end the period then in order to repair the damage, with 6 minutes remaining. The rest of the time would be added on to the second frame, and the score was 0-0.

The 2nd 1st period resumed, and still finished scoreless. 18 seconds into the official second period the line that will not be referred to as Sid and the Kids cashed in:

Crosby and Rust on a 2 on 1, and all you need to know is Sidney Crosby trusts Rust enough to give him the puck in this situation. I was wrong about the Sheary-Crosby-Rust line, I originally thought Hornqvist belonged with Sid, but once again Sidney Crosby proves he can play with anyone.

To further prove this Conor Sheary continues his impressive streak of play right now, and the top line cashes in again:

Crosby refuses to be denied as he rushes to the goal, and two Bruins defenders can’t get the puck from Sid while on his knees. Rust is there and throws a TK-esque puck towards the goal, which happens to bounce and find Sheary in the same spot he scored from last game.

Tuukka Rask would leave the game at this point, with an undisclosed injury as the excuse. After further research and my medical education I have chalked this injury up to dickrippedoffitis. Now the Bruins back up goalie comes in the game, and the Bruins score 4 minutes later. Now everyone is wondering if it will be another case of back-up becomes Vezina winner as the period ends 2-1 Pens.

These are different Penguins from those we have seen this year. There is no back-up becomes Vezina Trophy winner right now, there is just any goaltender becomes Vagina Trophy winner. If you fell asleep during the intermission and woke up 7 minutes into the third you missed a lot. Less than 2 minutes in we finally get something that makes me feel a lot better about the Pens lines…

Ruhwedel with a page out of Gaunce’s book, just throw the puck to the net. Hornqvist in the dirty areas where he does his best work and he shows off some good hands as he buries it. Also, A++ use of a gif here by the Pens Twitter team:

GOAL! HORNQVIST! The #Pens take the 3-1 lead with 18:20 left in the game. #PARTYHARD pic.twitter.com/oJcryVCZn2

1 minute and 19 seconds later it was the Conor Sheary show again. Sheary, once again in the same spot he has been in for 3 of his last 4 goals, is in the right spot at the right time. He is not missing this shot right now.

Conor Sheary has THREE two-goal games in his last four games played. Did that make sense? If it didn’t, just believe us that it’s awesome. pic.twitter.com/amZ3jCEPIC

THREE 2 GOAL GAMES in his last FOUR… Are you kidding me right now??

Then the Bruins started doing what Boston does, and the Pens started to retaliate a little bit but finally calmed down and drew a penalty. The Penguins power-play is also a different animal right now, and Sidney Crosby capped off his 3 point night by putting the game away:

Before showing the gif of this goal let me ask this question… how in the fuck do you leave Sidney Crosby alone in front of the net??? It’s been 11 freaking years, and teams still make this error.

McQuaids jock was reportedly seen on 5th street after this play. 3 defenders on the wall when you only have 4 skaters on the ice is always a good strategy… especially against a power play with Crosby, Kessel, Malkin, Schultz. You always hear that great teams make bad teams pay for their mistakes, and this is what you get. Also from Bob Grove:

With the goal Crosby has passed Jagr and Stevens for 3rd place all-time on the Penguins with 111 power play goals.

The rest of the period went as uneventful as the Steelers offense, except the Penguins defense actually decided to show up: 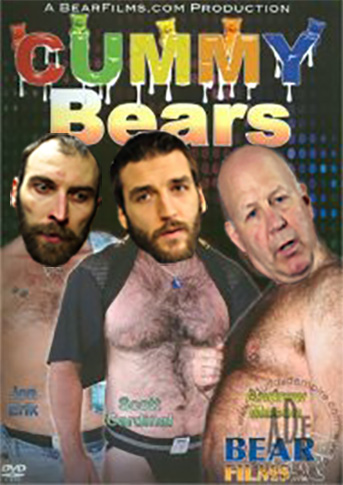