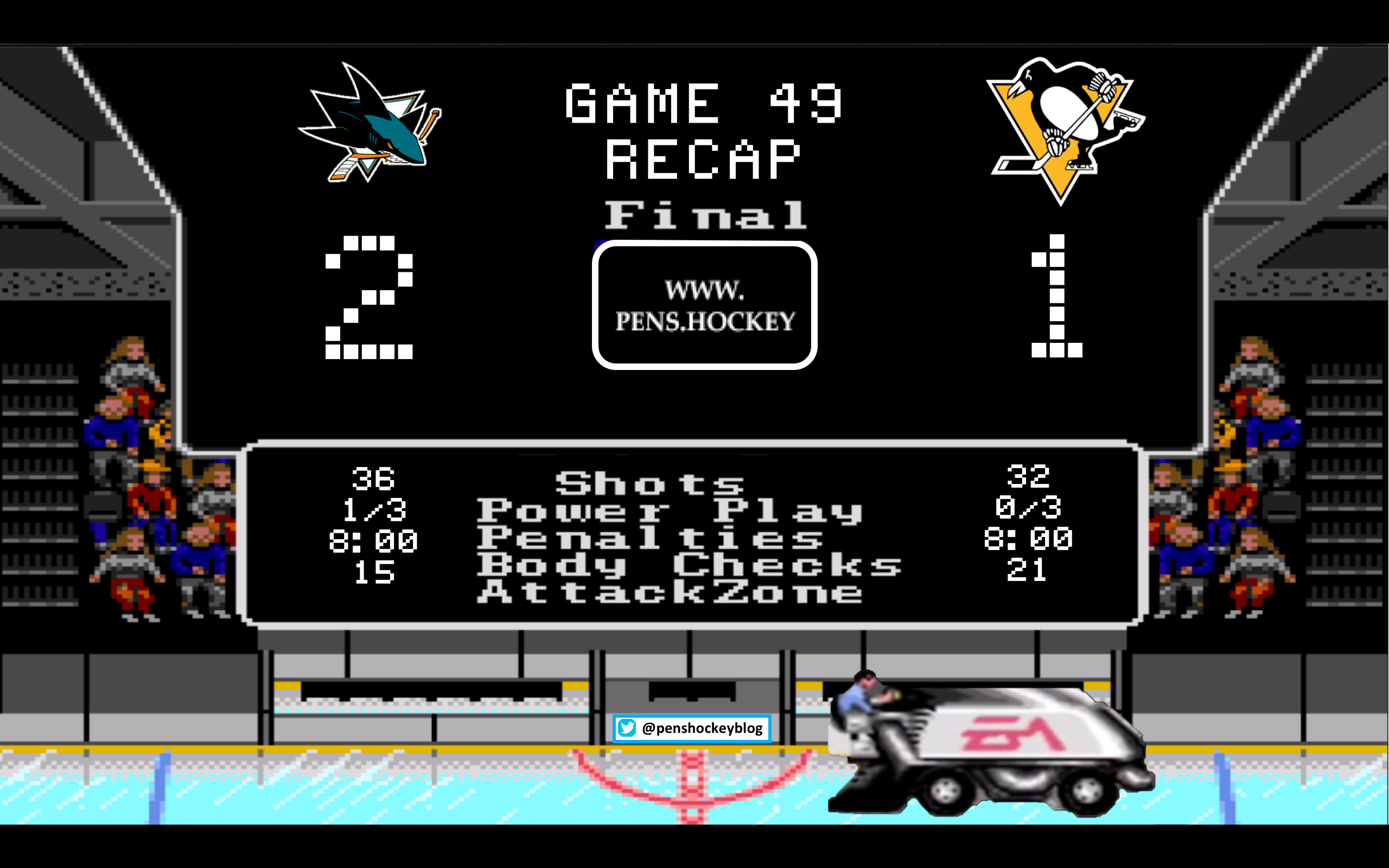 statistics with a clicktistic ya limp bizkit

The Penguins wrapped up their west coast trip last night in San Jose, an arena the team has had some success in recently. The Pens entered the game going 1-1 in the first two of this three game trip, and we knew nothing about the Sharks before it started.

Not going to lie, wouldn’t mind seeing this happen in Pittsburgh.

Can we stop for a second here and digest this… Crosby’s second LOWEST points per game total is 0.81, the majority of the league doesn’t hit 0.81 points per game ever… unreal.

He’s also been on one line in those 4 games, and with his best bud Hornqvist.

Interesting move by Sullivan heading into the game as he opted for Casey DeSmith between the pipes instead of Tristan Jarry:

This marked the second straight game of Sprong eating nachos with Cole while Simon stays on the top line. I have nothing against Simon other than I have seen nothing from him that keeps him on Sids line with Sprong on the roster, and I have seen nothing from Sprong that keeps him off the roster. Regardless of what this couch coach thinks, the Pens would be starting the night with the above lines.

The Pens started the game exactly how they wanted with a lot of hop and energy, they were suffocating the Sharks with their forecheck and everything was perfect. The team continued their newly regained form of quick transitions and speed to break down defenses, and Conor Sheary found himself alone in front of the net:

The Penguins attack in the Shark Tank.

Crosby with an assist for the seventh straight game. This isn’t the easiest goal in the world for Sheary as the pass from Simon was bouncing, so good on him for getting enough on it. Unfortunately it is stat lines like this one that keeps the top line together as this years rendition of “Sid and the Kids,” but it isn’t the same. Sorry to be a negative Nancy here, but Dom Simon isn’t Jake Guentzel 2.0. Sheary now with 12 goals and 6 assists through 49 games (0.36 points per game), a decent drop from last years 23 goals and 30 assists in 61 (0.86 points per game). One season of 20 goals and never hitting it again sure sounds familiar… 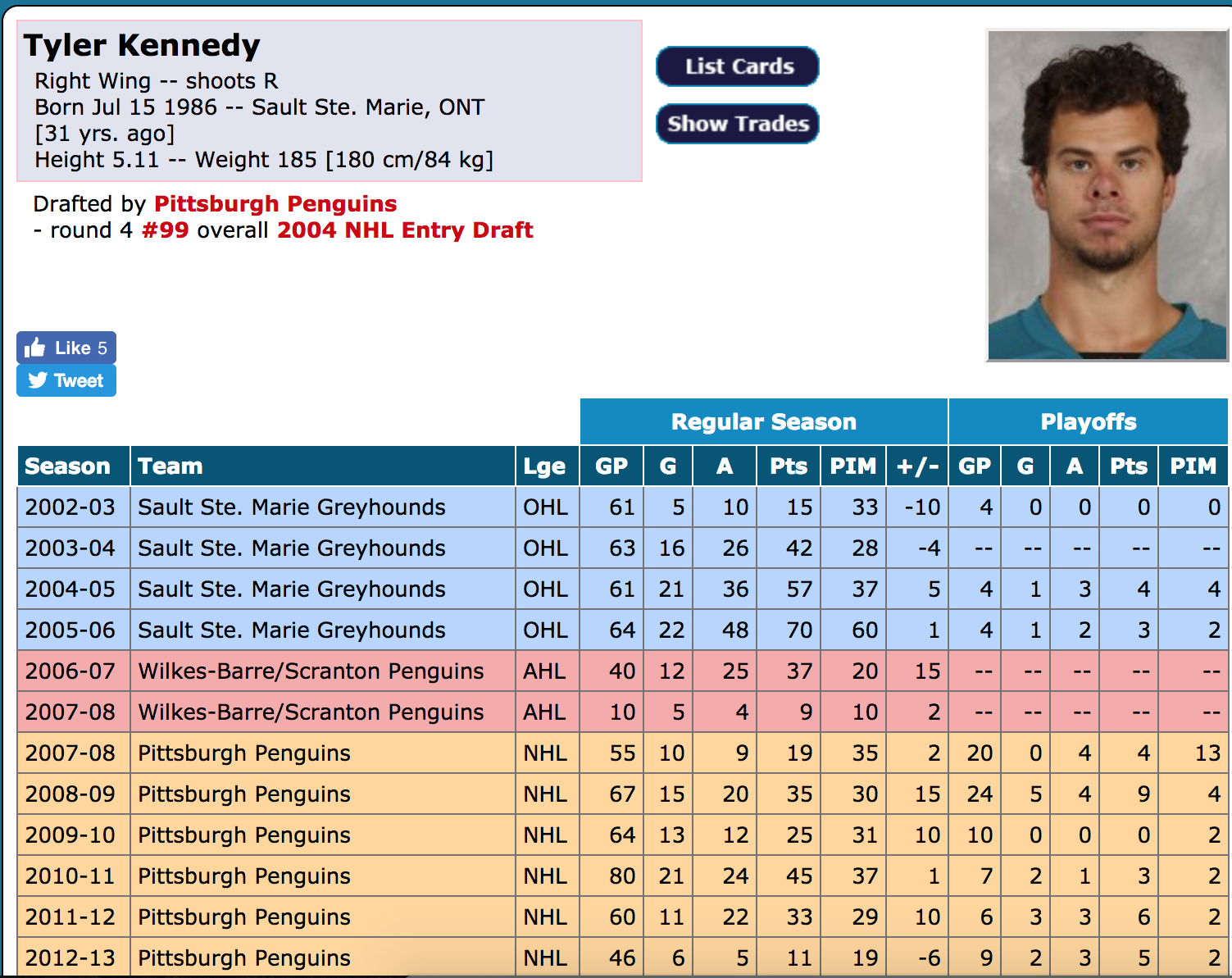 Ain’t nothing you can do about that. Thornton and Pavelski on the same side of the ice has to be a priority, and it is just a perfect pass. Apparently Murray taught DeSmith everything he knows about using the glove. The goal came with 3 minutes left, and neither team would tickle the twine again.

The Penguins addressed the defensive issues that lead to the Sharks 14 first period shots, and turned up the pressure on the forecheck. If you’re a young player or someone interested in coaching, DVR this second period and dissect everything the Pens did (there is a clip later in the recap to show what I’m talking about). It was an absolute clinic through the neutral zone and it lead to the Pens putting up 27 attempted shots on goal with 16 getting through to Dell. Unfortunately for the team it was looking like another one of those make the back up look like a Vezina finalist nights.

Ryan Reaves also spent is birthday with 4 minutes of icetime, as usual he made those minutes count the only way he knows how:

You have been cordially invited to @rreaves75‘s birthday bash 😏 pic.twitter.com/4AffaDw0Qi

Casey DeSmith was tested an additional 11 times in the frame and made some very nice saves while keeping the game tied.

Here are your #PITvsSJS numbers through the 2nd period of play. 📊 pic.twitter.com/Oeto6Uz95L

Hey ref! That call was softer than me when I saw ya wife!

Regardless the Sharks would get a rare win against Riley Sheahan in his defensive zone, and this is why faceoffs are important:

That is one hell of a first save by DeSmith off of the Pavelski deflection on the doorstep. Kris Letang was closest to the goal scorer so all of the blame went to him, and I’m going to let you finish but:

Watch Brian Dumoulin in this clip, even from the initial start of the clip he is in the wrong position. Kris Letang is struggling, but even when Kris Letang is at his absolute best he isn’t covering two people at once. Dumoulin gets caught in that “oh shit Burns has it and he isn’t my man” zone, and everyone that has heard of Burns knows he is shooting this puck.

The Penguins continued pushing their agenda and rumor has it they kept rolling pucks in deep, but the Sharks defense was making them say hello from the other side and a Dell kept shutting the door. The difference between the first half of this game and the second was the coaching adjustment by the Sharks, and it completely changed the game. Here is a clip from the first period that shows how the Pens were completely embarrassing the Sharks forecheck:

The Sharks using two forwards to add pressure at this point in the game and the Pens make it look like men against boys. That Letang to Sheary to Crosby quick touch is one of the elements Sullivan’s breakout is built around, and when it is on like this it is sex.

Now here is a clip from the third (though they made the adjustment at some point in the second). The Sharks dropped into a formation with two forwards in the neutral zone and three strong on the blue line with no forechecker:

You can see in the clip that Hunwick wants to make the quick pass that was available earlier but he can’t, so he must go D to D. Maatta looks for that quick pass to Sheary but again it isn’t there because the Sharks have condensed their pressure into a smaller area. This results in the Penguins having to use a board pass and a prayer to enter the zone. The smart adjustment by the Sharks coaching staff changed the game, and it kept Adele on the winning side of the battle.