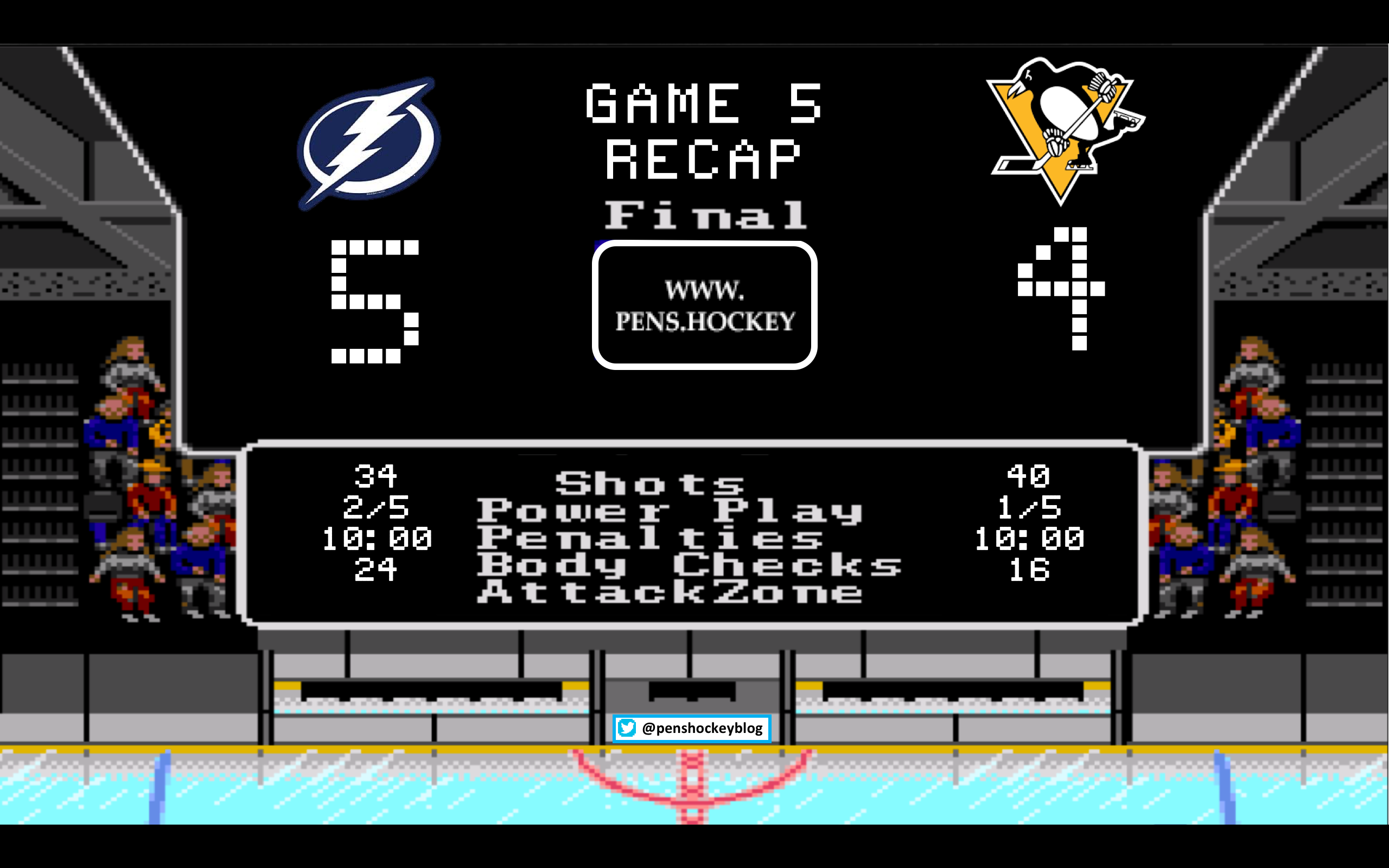 We’ve talked way too much about the Pens having 19 back-to-back games this season. For the second set of back-to-backs the Pens once again decided defense was optional, luckily for them the team they were playing agreed to these terms. The most embarrassing part of this game was Tampa had 2 days off before this game and were still pushed by the Penguins.

As expected Sullivan didn’t make any changes to his lineup and started Niemi. Also as expected Niemi gave up the first goal of the game to a dude named Slater.

Everything was pointing towards a tied first period but then Victor Hedman scored with like 0.0001 seconds left.

The best thing to do following a late period goal is to go out and let Steven Stamkos stand alone in front.

The problem with having no confidence in a goaltender is a 3-1 game this early felt like it was over. Someone forgot to tell Chad Ruhneedle though

At first it seemed like this was the rip of the century. Then on freeze frame… 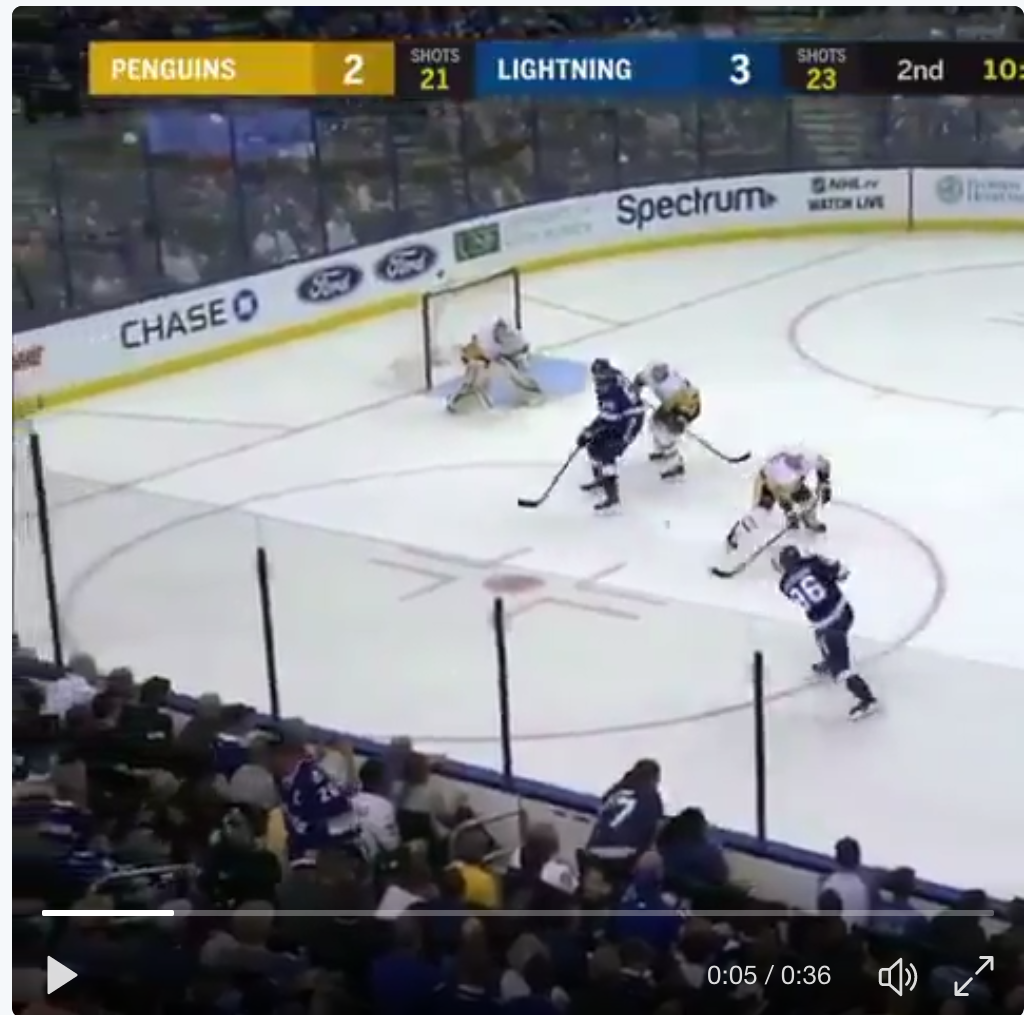 Niemi is about 2 feet too far right of center (in relation to his net), and he wasn’t standing there to see around the guy in front, if you watch the replay this is exactly where Niemi skates to to get into position. Now for comparison look where Murray is in relation to the curve of the crease: 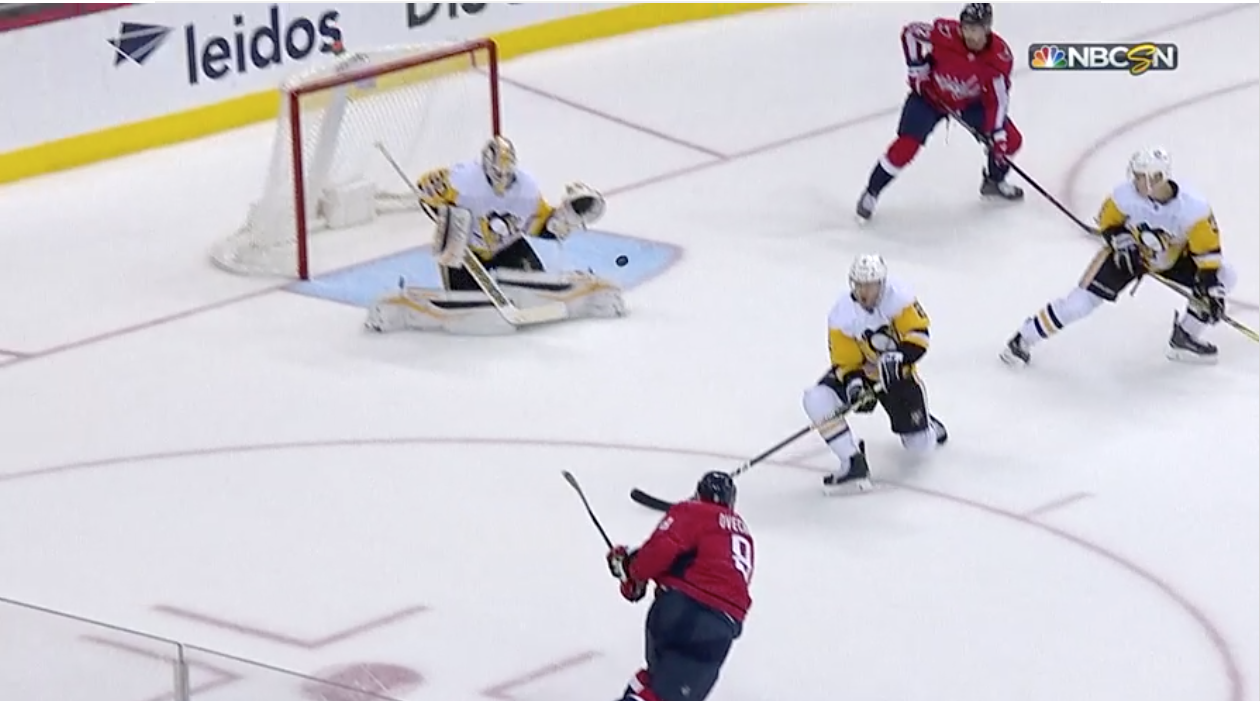 Ovechkin is on a similar angle but is 10 feet closer and Murray still isn’t where Niemi is!

He was going top corner too, but Murray had the angle right and got it with the glove even though his glove hand sucks or something.

Luckily for the Pens the Lightning didn’t want to play defense either.

With the exception of Hornqvist there isn’t another player that can get to loose pucks in front of the net as quickly as Bryan Rust. Look where he is when the shot is taken, in the freaking left dot! He has a nose for these situations, and somehow this was his first powerplay goal of his career.

The penguins would get another powerplay and had a big moment to tie it up, and then they forgot that if you don’t score on powerplays the guy comes back onto the ice.

This matchup literally features two of the top three defenses on paper in the East and it was a defensive shit show.

Good example of a defender cycling down low without being covered because teams just aren’t used to it. Matt Hunwick with a complete turn round in the last two games, could be confidence, could be that with Cole out Hunwick has been able to play on his natural side…who knows. Juicy rebound by Vasolinesky, Niemi didn’t play all that well, but at least he isn’t the Pens starter…

The Penguins brought everything they could the last 10 minutes but just couldn’t muster up enough to get the tying goal.