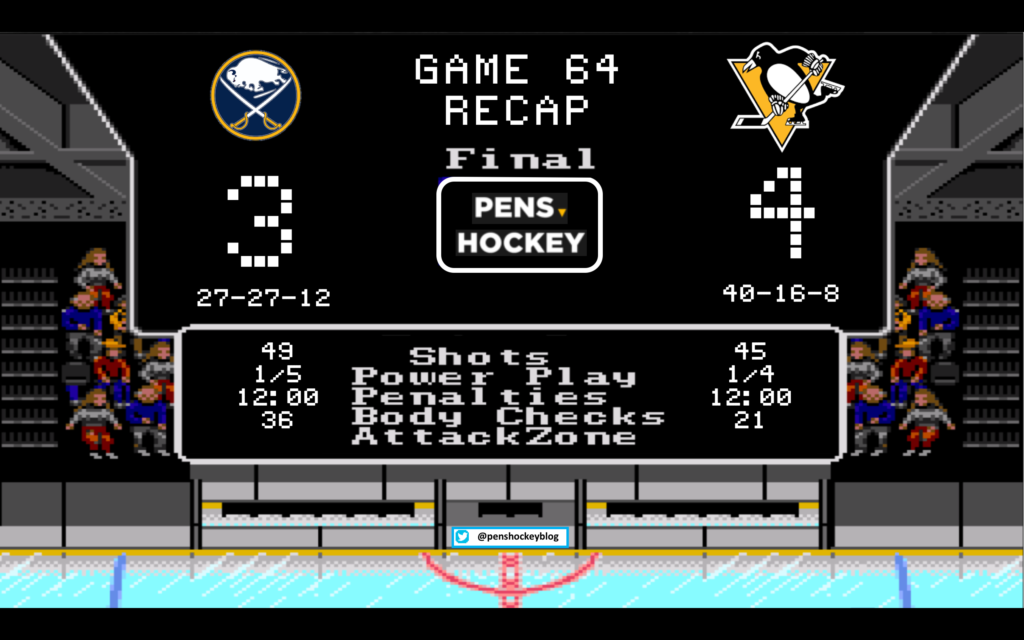 The Penguins had the impossible task of revving up their engine at 5:00 instead of the usual 7:00 to play Buffalo. As predicted by everyone that saw it was a 5:00 game and the Sabres were starting Liam Neeson in goal, the Pens got off to a slow start. Just like old times though, Danny B would be able to guide his team to a lead and then watch as each wheel slowly fell off forgetting to hit the brakes. There’s something fun about Dan Bylsma being back behind a bench in Pittsburgh with a big lead, almost like we’ve seen that third period play out many times before our eyes.

Well we knew the Pens wouldn’t have much jump and apparently Buffalo knew that too. After Brian Dumoulin failed a clearing attempt the Sabres found Ryan O’ Reilly down low who put a perfect shot in on Murray to give them an early lead. Mr. Wilson would later drive down the ice with an impressive burst of speed and beat Nilsson however after review it was determined we don’t know what the fuck we’re doing:

We’re just going to leave this here for reference. 👀 pic.twitter.com/WV3tgYMMLT

On a powerplay with 5 minutes remaining the Sabres dump the puck in and Murray tries to play it by sky mailing it through the zone. Unfortunately for Murray white men can jump and it turned in to a quick 2 on 1, resulting in Brian Gionta scoring. I feel like Gionta is a myth at this point and I’ve seen him retire 4 times. Down 2-0 isn’t a terrible spot to be in for this Penguins team, nevermind, turnover to Jack Eichel with 2 minutes left. Good ole American boy kid isn’t going to miss that one. 3-0 Byslma after 1.

If there’s one thing we know about a Dan Byslma coached team, it’s that once you put the brakes on them they can’t figure out another way. Huge move by Sullivan benching Murray and throwing Fleury in net. There have been a few times this season where I have felt this should’ve been done, and it’s good to see him finally do it. Fleury held the fort down early, and then Justin Schultz decided he likes winning:

Malkin is on another level right now and other teams know it. He grabbed this puck around the Pens blue line and was given so much time and space out of respect for what he might do. He still stopped on a dime and found Kessel across ice, who patiently waited for Schultz. Never thought I would read that scoring line 3 years ago. 38 assists for Kessel and Malkin, frk yeah.

With one goal in you could feel the Pens mounting an attack, but Buffalo had their chances too:

Fleury stretches it out and stops Evander Kane on the breakaway. 👏 pic.twitter.com/g8A9dc5XvM

With 8 minutes remaining the Sabres took a penalty and it was the Malkin Show:

Geno’s goal extends his home point streak to three games (3G-2A). He has points in seven of his last nine home games. pic.twitter.com/g8tIEG2yso

Malkin has scored a lot of powerplay goals from that spot this season, mainly because that shot is just ripped from there. Any save a goalie makes on that is by closing their eyes and hoping it hits them. Period would end with the team trailing 3-2.

As time clicked away it seemed that maybe Buffalo had built themselves just enough cushion in the first to sneak away with this one. Then with less than 5 minutes left it all came crashing down:

The puck was initially deflected off of a defenders stick before Guentzel made contact with it, so major kudos to that hand-eye coordination. The play went under review, and the saving factor was that it was called a goal on the ice. After further review the officials realized they made a mistake in the first period so this one will stand. I haven’t found a still frame horizontal view of the goal yet (because why would the NHL have cameras in the right place) but it will be interesting to see where he made contact with the puck. Regardless, unreal set of hands.

Tie game and The Paint Can is rocking, and it would explode one minute later when “horrible pick up by the Pens” Schultz would send a pass through the haters.

The Sabres would get a late powerplay but Fleury said fuck off through his soul-patched grin. It’s incredible how much better he looks without the gloom of indecision hanging over his head. Evander Kane would break his stick and then play the puck to draw a penalty with less than 10 seconds left. It’s a story we witnessed countless times over the years, a Byslma team would get an early lead that they lose, and then empty the tank to make you think they had character while still falling short.

“When a naked man is chasing a woman down 5th Avenue with a butcher’s knife and a hard-on, I figure he isn’t out collecting for the Lemieux Foundation.” Dirty Sheary 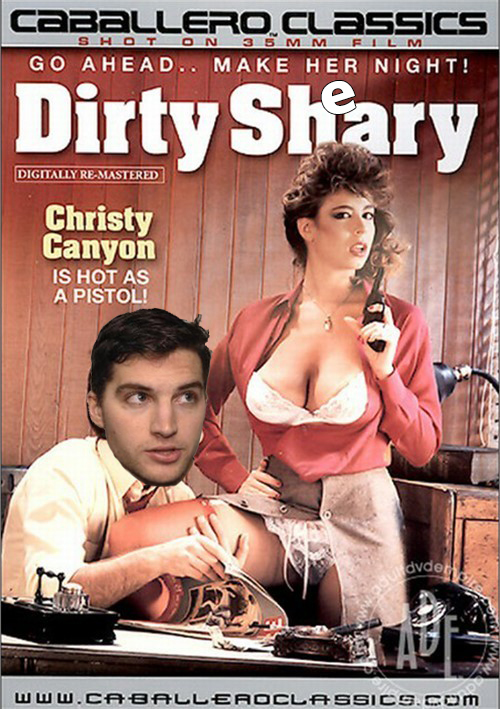 Ya gotta ask yerself, am I feeling lucky? Go ahead punk…PIK-a-PORN