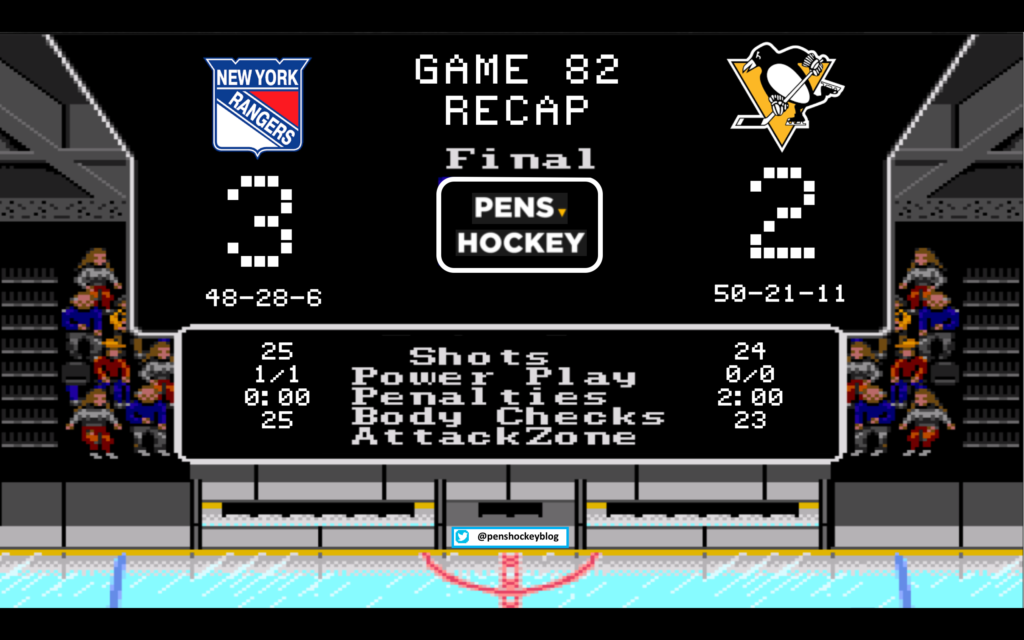 Before getting into this recap I would like everyone to thank Penguins Jesus for letting this team get to the playoffs almost healthy in this last week. With the exception of Hagelin it appears that the team may actually be able to ice the majority of the salary cap. You can literally thank him on Twitter @PenguinsJesus tell him pens.hockey sent you.

Before the game started the Penguins announced that they were resting players, allowing the team to ice a Kuhnhackl-Bonino-Kessel first line in the opening period. I’m not sure how but somehow the Penguins got the lead in this game just like they did the previous night in Toronto.

Dominik Simon and Phil Kessel with the assists. pic.twitter.com/OoBJ1SAAdv

I’m not sure there is another player you wanted to see such a great final month of the season from. Some will say Kessel, but unlike the real world the trickle down effect in hockey is legit, and when Bones is feeling it Kessel will have no choice but to relish in the playoffs.

The Penguins were up for a whole 4 minutes until the Rangers got the tying goal when Captain McDouche cashed in at 13:54. Then late in the period the Rangers received the only powerplay of the game, and it was Stepan burying it with 1:29 left on the clock.

Tristan Jarry looked pretty sharp in his NHL debut, including this save:

Did you say this is Tristan Jarry’s first NHL game? 🙌 pic.twitter.com/ZkYc04i8I6

Hope you didn’t get too full of goalie drama this season because there is a good chance there is more to come next year.

So far the game has gone to plan, the Penguins haven’t lost anyone to injury yet. Olli Maatta was back and playing on a pairing with Derrick Pouliot which was most likely Sullivan giving George McPhee a showcase. Maatta didn’t look horrible in his return but that is mostly because I am trying to stay positive about him. 13 minutes into the lifeless period it was Rowdy Rowney distributing some free literature:

Since his initial call up Rowney has done everything the coaches have asked of him, and as a result he earned 27 games this season. Rowney also has a gritty side too so something tells me we will be seeing him in the Columbus series. As predicted neither team gave a shit about this game and the second period dwindled down to a 2-2 tie.

The last period of the regular season between two teams with nothing left to play for, should be exciting. The man that opted to sign with the Rangers of Pittsburgh (fool) scored 7 minutes into the period and that was the end of it. For the first time in my life I was praying the Penguins didn’t tie the game up late, nobody wanted overtime. I had a sneaky feeling that Tom Sestito was going to score late in the third to force overtime but turns out he is still just Tom Sestito.

Reader Chill1495 came up with the idea of the blog participating in one of them there playoff bracket challenges. It seems like something fun to do and we’ve only had 6 failed contests so far this year so why the hell not!? Enter to play, all readers are invited, and the winner gets a prize. What’s the prize? The prize will be determined depending on how many people are registered by the time the playoffs start, so get to work.

How to join: well this is operated by the NHL website so there is a good chance this doesn’t work, but go to the link below and enter your name, credit card, and billing address plus set your password as your SSN.

First, go here and set up your account (you don’t have to enter a real name cause chel gonna chel)

Then go here with your new account and join the league 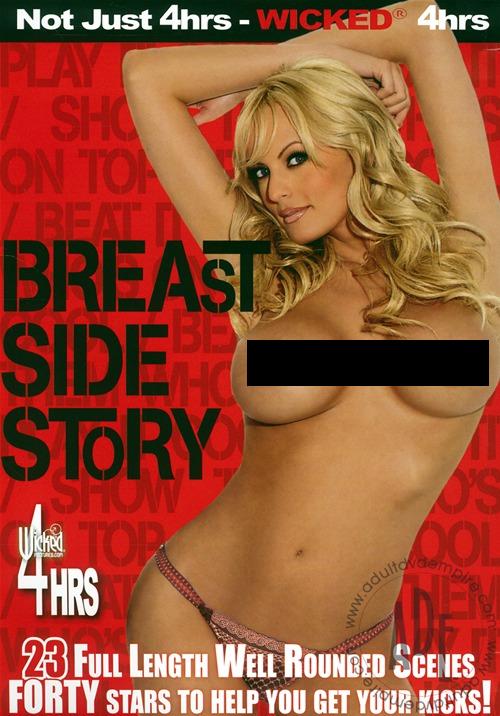