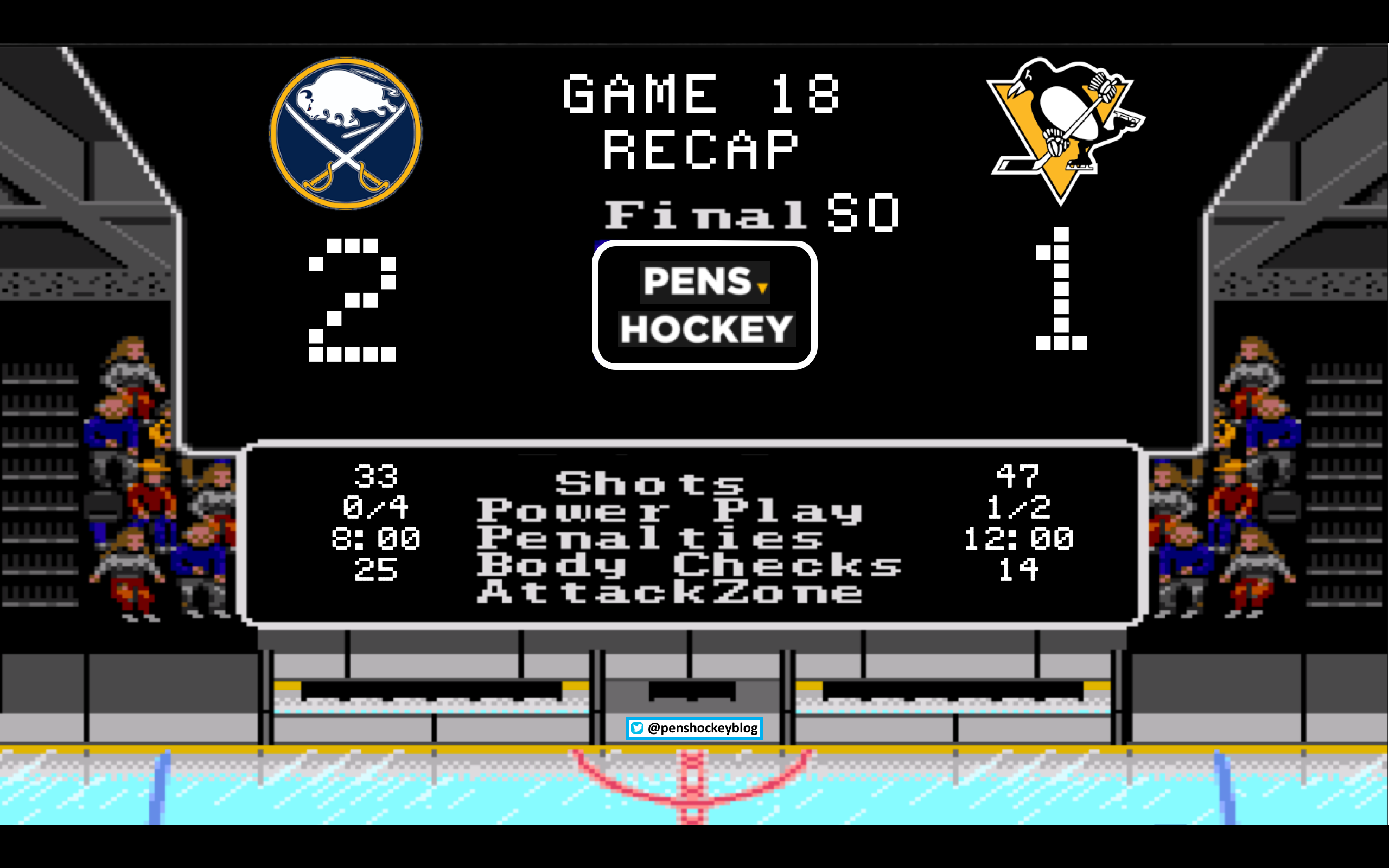 As always, click on the image for the stats

I have great news everyone, the Penguins are back to normal. If you would’ve told me on Tuesday that the Penguins would finish their three game road trip with a 1 goal on 47 shots shootout loss to Buffalo against their back-up, I would’ve believed it. The Penguins finish this three game trip 1-1-1 with 3 points, and after the Washington game getting 3 out of 4 points in back-to-backs isn’t the worst thing in the world. Buffalo is a weird team, they’ve got some good players, some decent players, and then there’s their defense. The battle last season was McDavid vs Eichel and unfortunately for Eichel, I don’t see Buffalo making the playoffs anytime soon. According to Dan Bylsma’s hairline, he knows there isn’t another NHL job for him if he fails in Buffalo. Luckily for Byslma, Pegula loves wasting money.

Goalies worst nightmare, the deflected shot. I think my biggest problem with this goal is the pronunciation of Carrier, which I thought was going to be normal… but instead they had to French it up. He was born in Montreal. Carry-aye…

Crosby nets his 350th career goal. Kunitz makes a very unlikely pass for Kunitz. Crosby has been scoring a ton of goals from that exact spot this season, it can’t be emphasized enough how important it was to take him off the half-wall on the powerplay.

For the record, homeboy in the all green suit is the worst type of person. You can afford glass seats, and instead of enjoying the game you have to justify your meaningless existence and make sure the world sees you so those of us that aren’t at the game get distracted by your worthless life. I have no problem with the Green Guys in Vancouver making fun of players in the penalty box, that is a fun part of the game. Since it is 2016 I have to make this disclaimer, I have no problem with green people, god forbid I offend a race that didn’t exist 10 minutes ago. Wearing all green to a game just to stand up because you know you’re going to be on television tells me you probably drive a car that overcompensates for smaller problems, and your wife was with the grocery baggage boy last night.

Hands down one of the best things the NHL has done in years is the 3 on 3 overtime. Just unreal action. Marc-Andre Fleury played out of his mind. It really sucks that the shootout has to follow, after watching 3 on 3 the shootout feels like getting to first base on the 5th date.

Crosby, Malkin, Letang are the shooters for the Penguins. They all miss. Cal O’Reilly was called up the morning of the game and was the third shooter for the Sabres. An AHLer and a backup goaltender against the Pens…

Slower night for hockeyporn overall, but we still have some good entries (he he he). 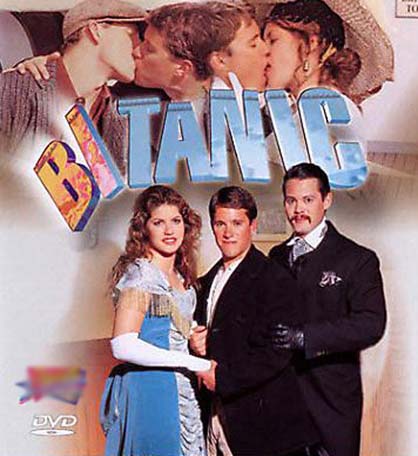 Pens Luv Boat "goes down" in the ATLANTIC...rescuers only able to save these 5:

As always, thanks for reading and enjoy the rest of your weekend. Oh, and tell people to follow our twitter. If we reach 200 followers before the end of the Rangers game on Wednesday we will give away a Sidney Crosby Jersey Shirt… Shirt, not jersey… we aren’t there yet. 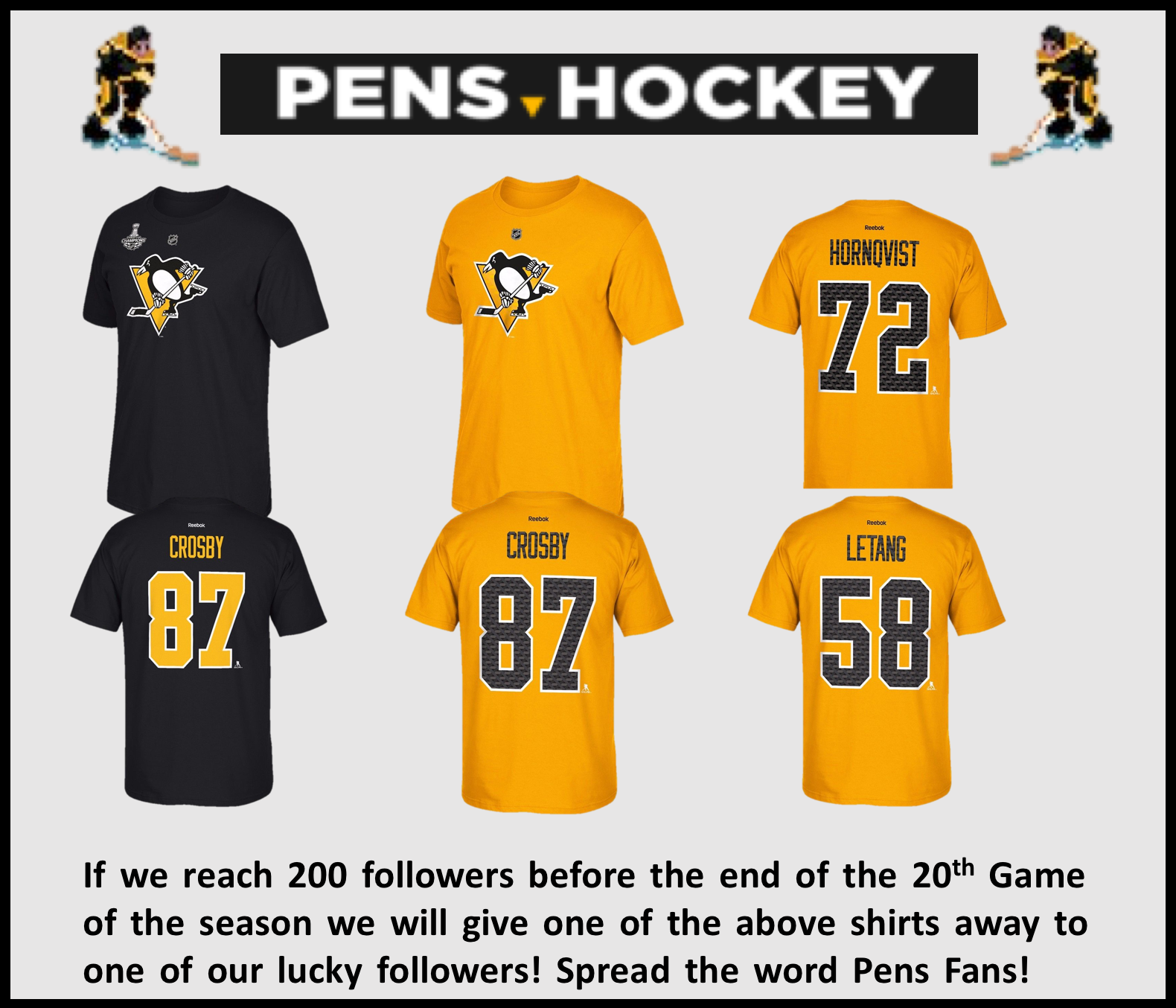