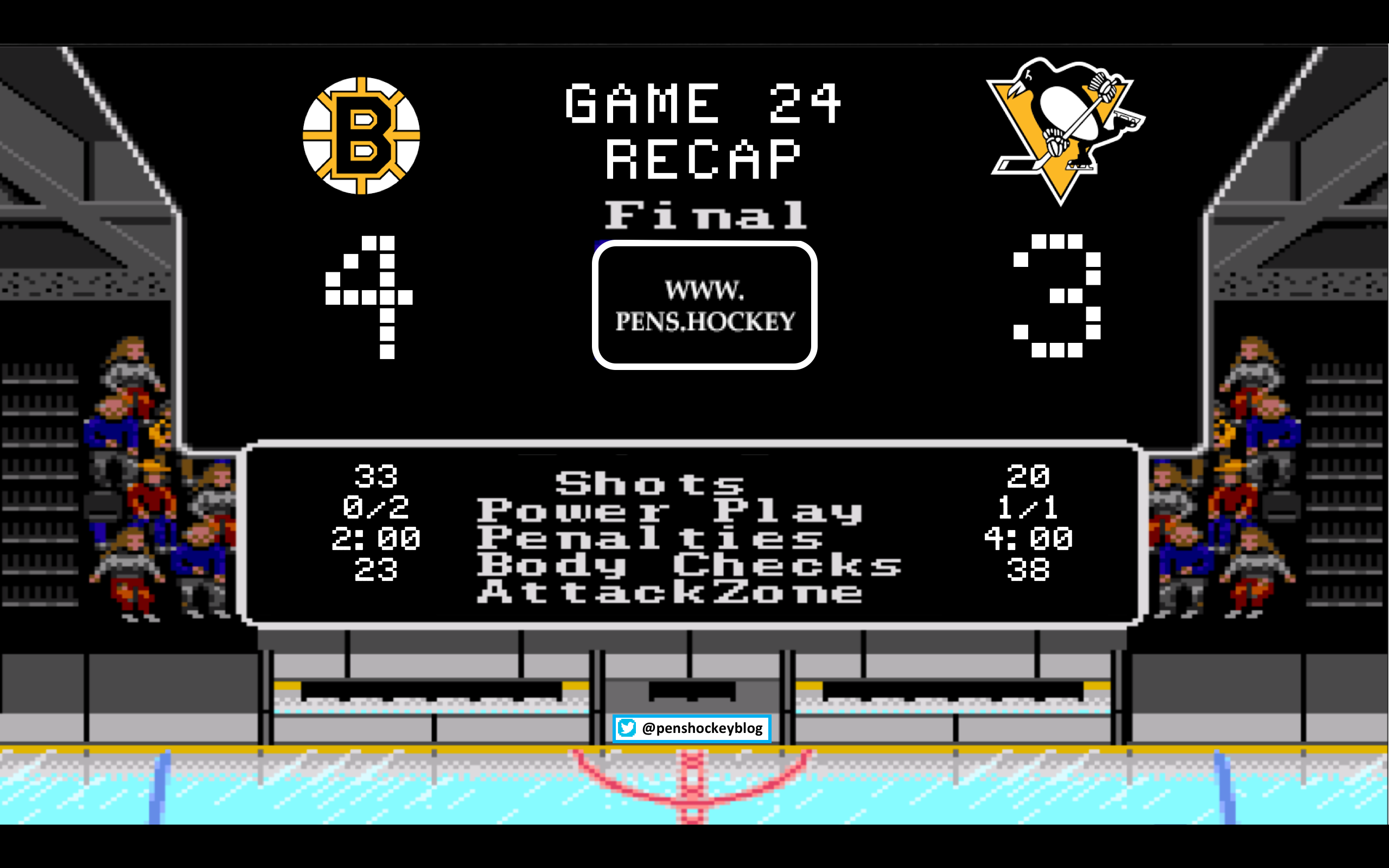 Following yesterdays 1:00 matinee in Boston the Penguins travelled back to Pittsburgh to face Tampa Bay tonight. I’m exhausted from the amount of games and back-to-backs this season and I just make dick jokes so I can only imagine what the players feel. The Penguins started the game looking like a team that barely got to enjoy their holiday before having to board a plane. Ian Cole was questionably healthy-scratched, which I don’t mind cycling defenders because Ruhwedel has been solid, I only wonder why another player is yet to be scratched when both Hagelin and Cole have been.

As mentioned above the Penguins came out flatter than Thanksgiving conversation and the Bruins looked like they enjoyed a full holiday at home and a short drive to the rink. 6 minutes in it was 1-0 Boston.

Just another forward trying to make a pass out of the defensive zone instead of taking 3 more strides. It was alright though because 4 minutes later the Penguins used the 5-year-old soccer strategy of everyone go to the puck… 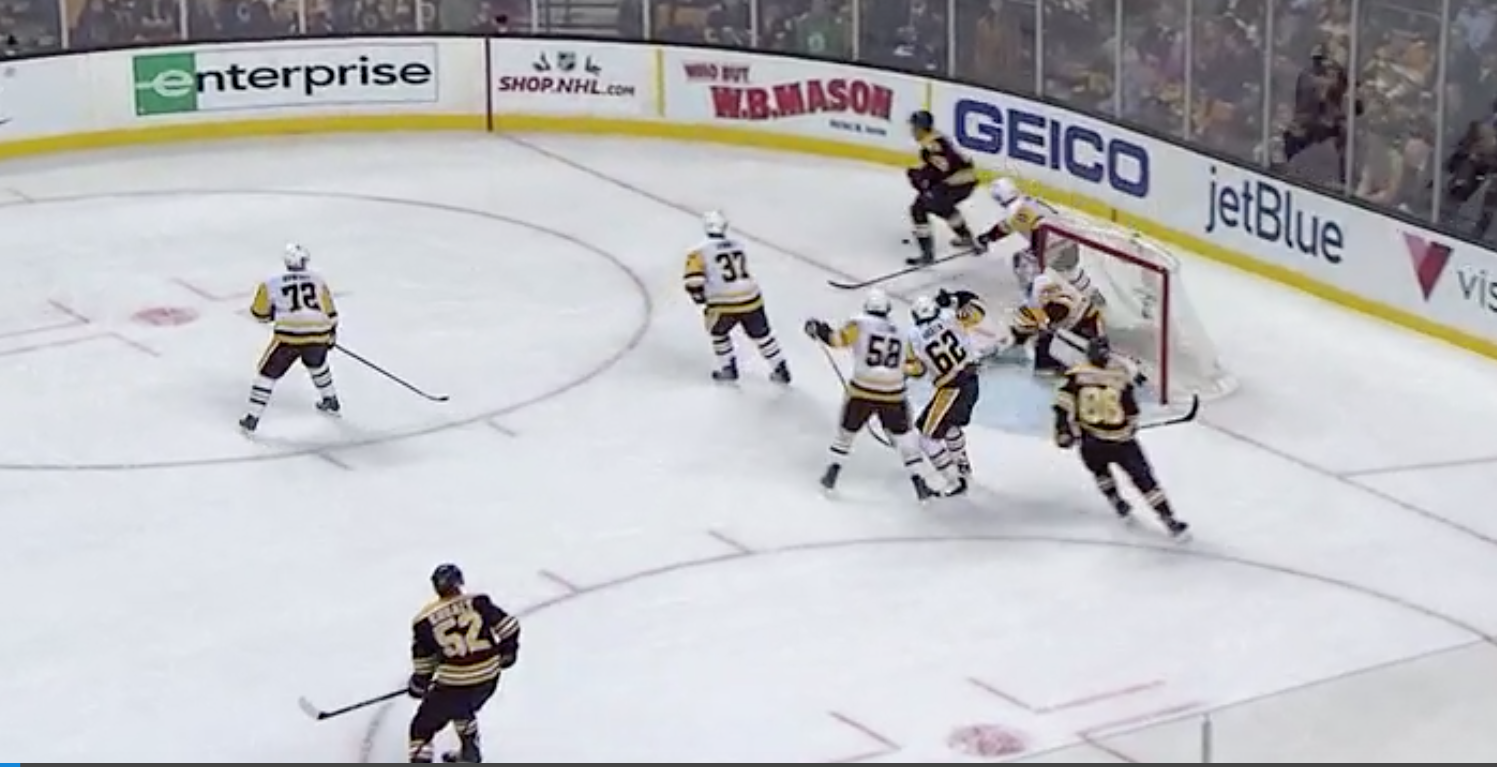 McAvoy (the puck carrier) is an NHL player so of course he was able to make the easy pass to Kuraly (the guy the Penguins ignore). After we let Jay telestrate for us we see the D the Pens were going for… 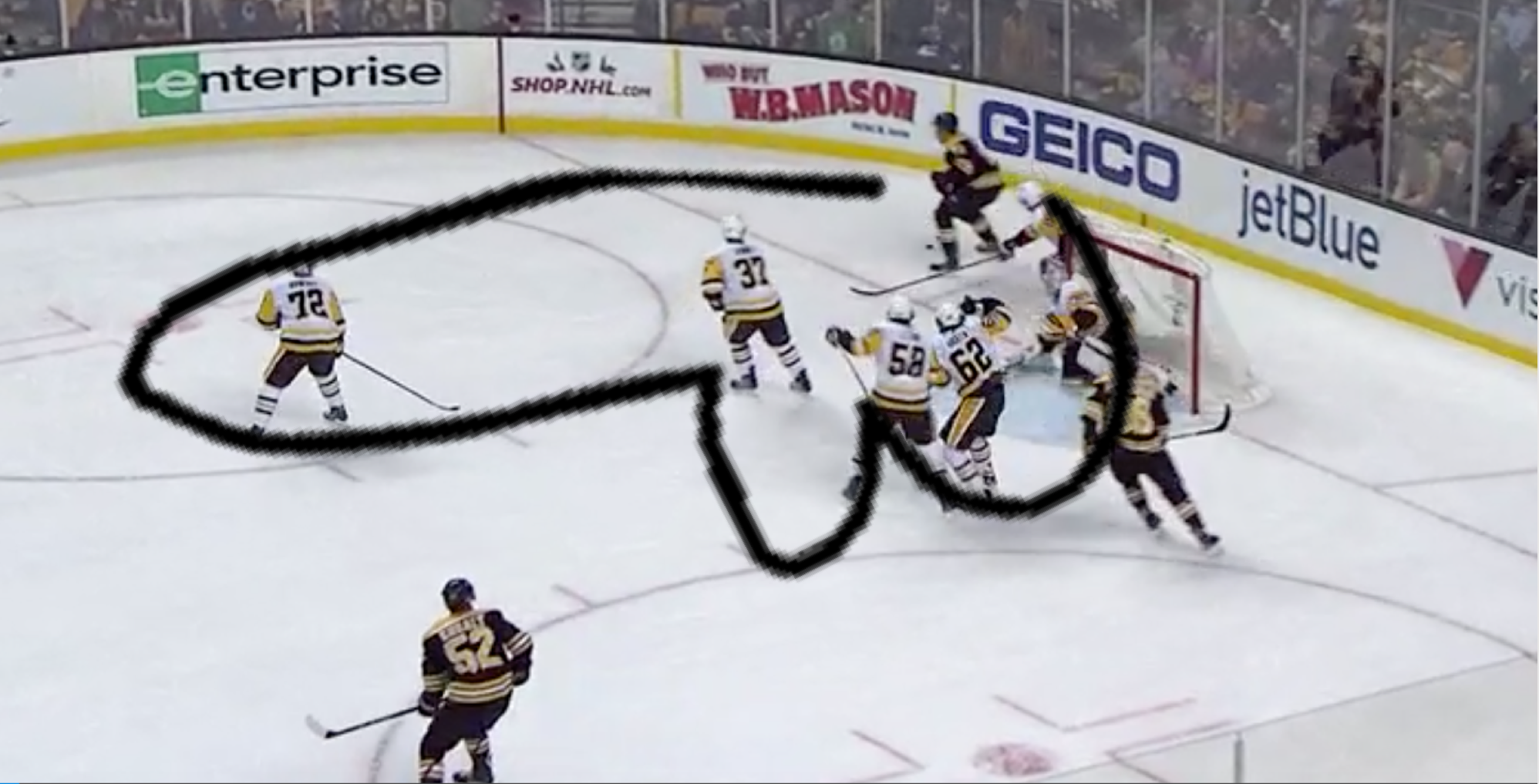 Somehow the Penguins were able to make it out of the period only down 2, which is an achievement because for the most part they looked like 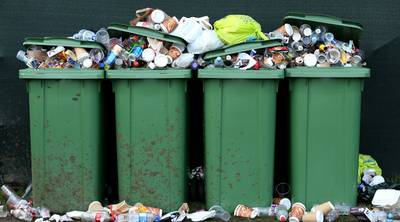 The Penguins started the period on the powerplay, which is cool. Boston allows 1 powerplay goal in every 10 chances, but Jake Guentzel doesn’t give a damn about your percentages:

Kris Letang with a very Kris Letang pass. The Penguins literally zig-zag through the Bruins penalty kill and by the time it gets to Jake the entire defense has changed direction twice in 2 seconds.

The goal brought life to the Penguins, and they actually started looking like the Penguins. Just when things were looking good David Krejci fans on a slap shot from the top of the circle and of course the puck just happens to go to the only open player on the ice who just happens to be a Bruin.

Murray had to readjust and just couldn’t get set in time for the shot, though this is one Murray should’ve had in this type of game. Back to their 2 goal lead that was probably it for the game, but Phil Kessel fucks:

Really smart play by Riley Sheahan here to get the puck to Phil, and overall this was the type of fluid offensive zone play we’ve become familiar with when the Penguins are clicking. The rest of the team should take notes because one of the issues offensively is that 90% of the Pens forwards would’ve gone for a layup pass to Guentzel on the door step instead of just firing it.

Now that it was 3-2 it was all Penguins and with 3 minutes later something bizarre happened:

The whistle was blown as the puck was crossing the line, the league reviewed it and determined it was a goal. Boston challenged for goaltender interference and it was determined there wasn’t any. So….

The real shame of this play is on the nhl, a game at 1:00 when most people are off work and you have a 9 minute challenge that is then challenged with a 4 minute challenge all while some person who already thinks hockey is hard enough to follow is trying to watch = not a good look. Twitter however was a very good look:

The Penguins entered the third period with a lot of jump but Anton Khudobin was just insane. 5 minutes in it was the guy with the pasta name getting sprung on a breakaway and he didn’t miss. Following the goal NBC kept showing Ryan Reaves bleeding on the bench, but they never showed you what from. To start the play Reaves lays a hit:

Following the hit we see this hockey play forming 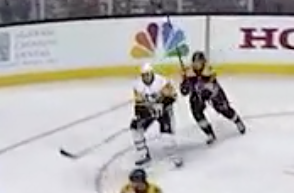 Now where is he going wielding his stick like an axe? 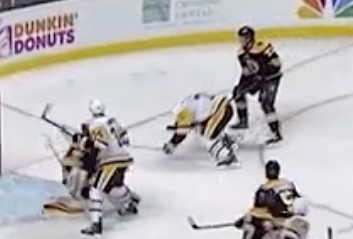 Ryan Reaves doesn’t get the call because of his name, the Bruins get the puck and take the lead.

The Penguins brought everything they had and looked like the better team the rest of the way but it wasn’t meant to be.

So now the Penguins are back home and ready to face the Tampa Bay Lightning. The Penguins have only played the Lightning in the second half of back-to-backs this season and obviously today is no different, except the Lightning played last night in Washington. Tampa is by far the best team in the league right now and this should still be a good measuring game for the Penguins regardless of both teams playing yesterday. 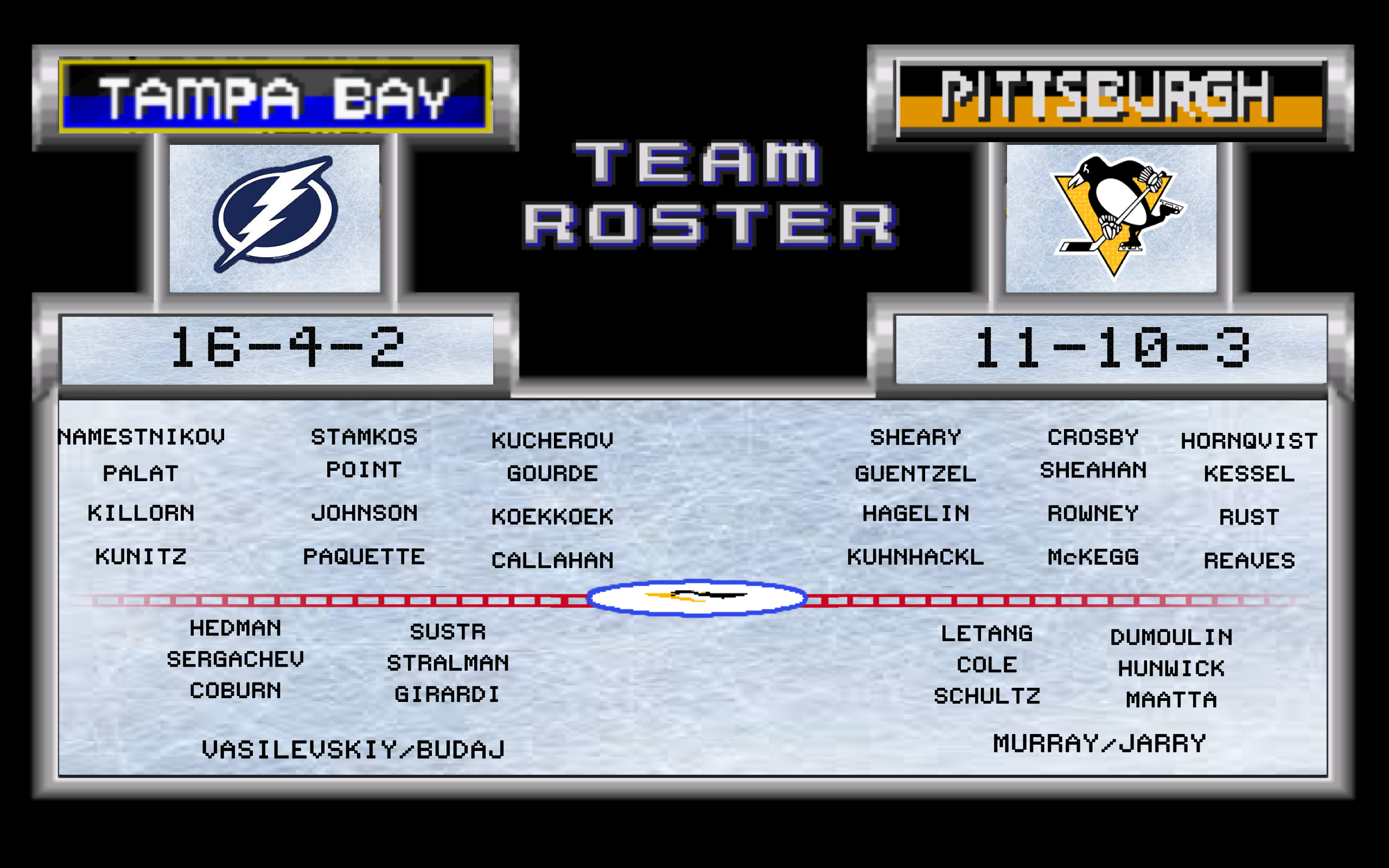 Vasilevskiy played yesterday in Washington so it should be Jarry vs Budaj tonight but honestly who knows. I would expect Ian Cole to be back for the Penguins, and as far as I know Evgeni Malkin is a game-time decision.