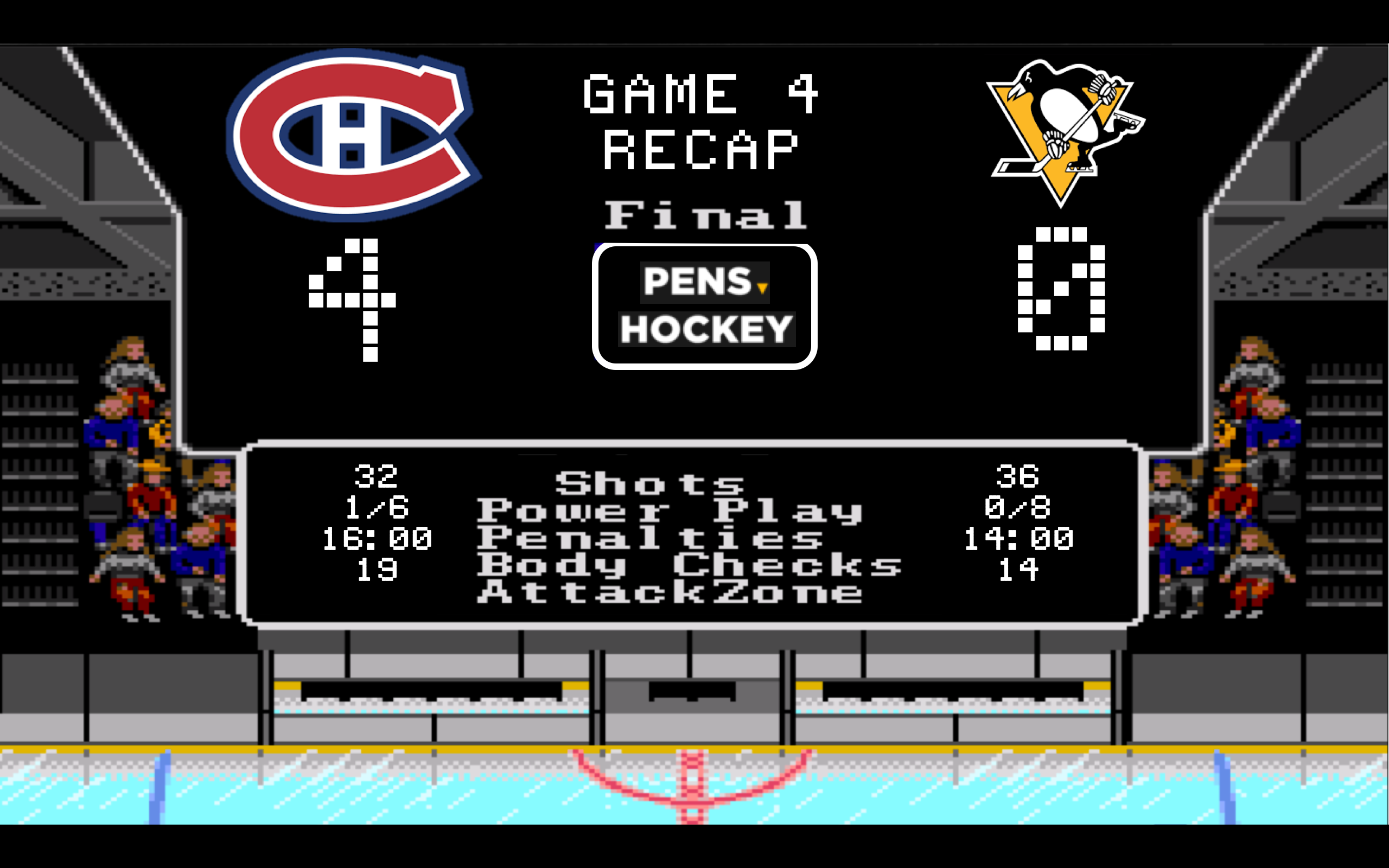 Remember the 2014 Olympics after the U.S. lost to Canada, they came out against Finland the following game and it was brutally obvious that they weren’t prepared/ didn’t want to play. That’s pretty much what the Pens looked like last night.

During the preseason Bourque commented saying that sometimes the veterans just don’t try as much during the preseason, the efforts in the game he was describing looked identical to some efforts from Pittsburgh last night. The Penguins excel at a high pace game where they control the tempo, but that pace could not be established in this game because the refs decided to do more blow than Scott Weiland. 30 minutes of penalty time, and none of them were coincidental minors. And for those people saying “more power plays equals more goals,” it’s the same as thinking if you work extra hours you will make more money and be happier, you won’t be, you will just get burned out, feel under appreciated, and end up in Wexford looking for your next score.

There are two problems with the giving more power-plays equals higher scoring argument (especially to the tune of the 14 we saw in this game), one is that that is 14 extra stoppages in play (probably around 35-40 if you count the extra amount of frozen pucks by goaltenders per power play). Secondly, defenses and goalies don’t suck like they did in the 80’s and 90’s (something the NHL still doesn’t understand), illustrated here by the teams combining for 1 power play goal. Luckily the style of officiating we saw in this game isn’t the norm in the NHL, and hopefully it doesn’t become the norm. And I am not blaming the Penguins lack of responsibility on the refs, or saying the calls weren’t penalties, that is another issue we will get in to later.

NHL Gamecenter with a Perfect summary of the game

A not so rare mistake by Fleury behind the net, followed by a rare mistake by Dumoulin who failed to clear the puck around the boards, results in another first minute goal against. Why do all of the Canadian arena’s look so dark? The ice in Montreal, Edmonton and Winnipeg looks like it is 30% urine.

Sullivan just stares at the ground. Not much else to do.(Edit, that’s where the iPad is on the bench so he was actually watching the replay) Desharnais had enough time to get a bikini wax in front of Fleury. Though, it is curious, what exactly was that linesman trying to do? It was pretty obvious Dumoulin was approaching with the puck, and he moved a little too slowly in my opinion.

Someone on the chat summed this one up best, what the ref meant to say was “After video review the goal still stands because we are in Montreal and don’t want to die.” Not really sure why Fleury voluntarily decided to lift his leg off the ground, weird stuff. Up until this point Fleury had been the best Penguin on the ice, and that isn’t saying much. After this point it was obvious everyone wanted to go home. 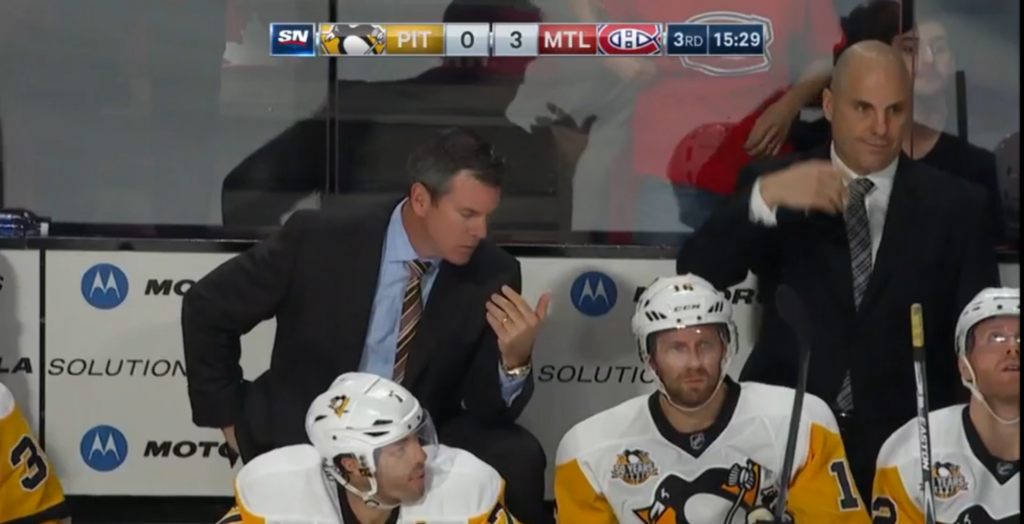 This is very photoshop worthy, have at it boys

David Desharnais is really hard to spell even while looking at it assisted by Petry & Markov @ 13:44

Beginning to think that Deshasisbfia wears an invisibility cloak. Second goal of the game where he is all alone in front. The effort in coverage on this goal sums up the entire game. Fleury makes multiple saves before the goal, still not enough to get the puck out. Uncharacteristically bad game for Dumoulin, on the ice for 3 goals against and directly involved with all 3 plays.

Montreal has the most annoying goal song of the year so far. Unfortunately we had to hear it 4 times. What the hell is that thing??

2nd “There’s Cullen with the long strokes of the stick again.” – Steigy 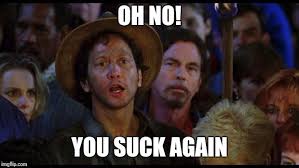