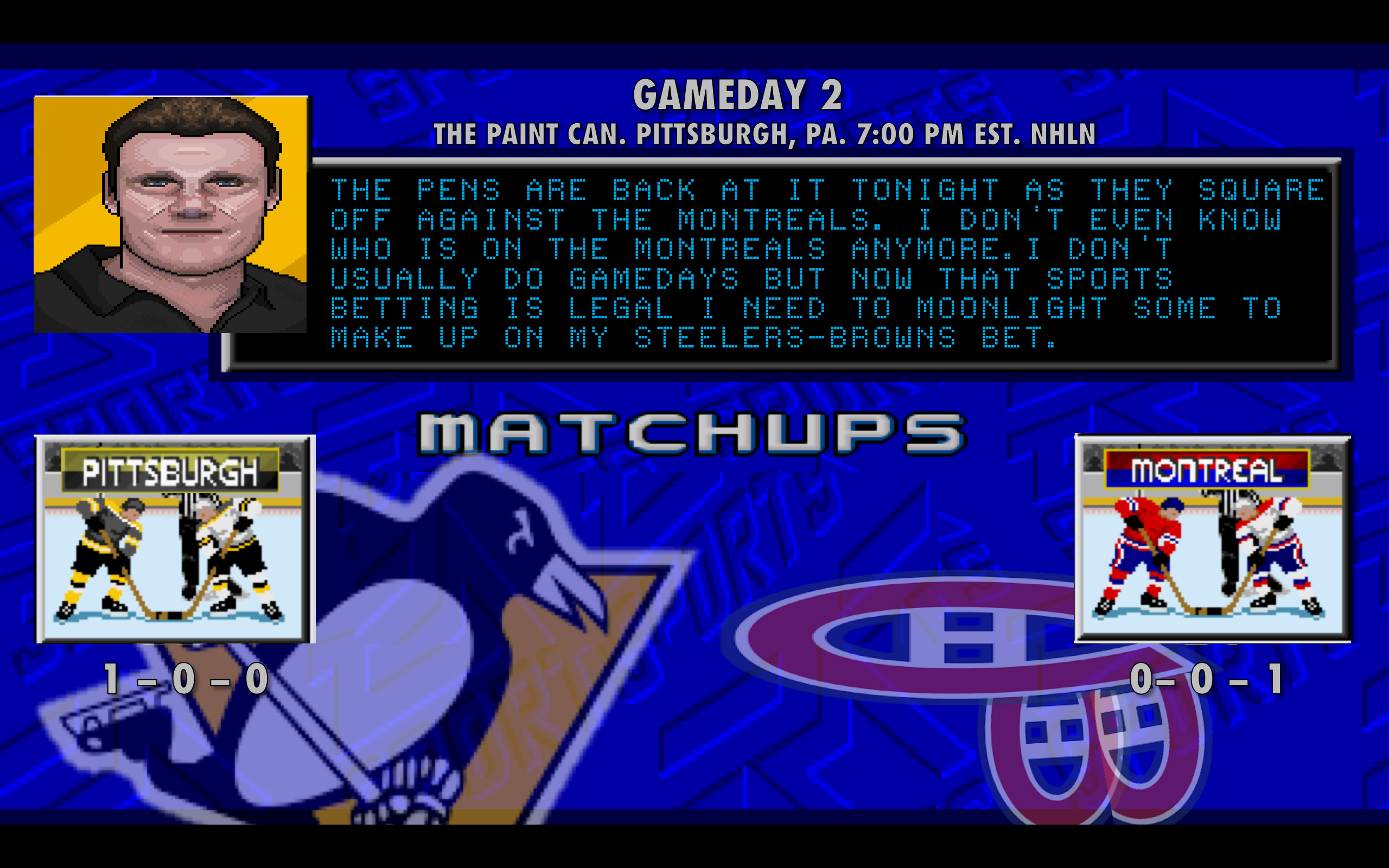 Thursday’s thrilling 7-6 overtime win for the Penguins over the Capitals on opening night was great! It was a fantastic start to the regular season for a Penguins team that finished last year looking a bit sapped offensively.  Only six Penguins finished the evening without a point, two of them defensemen (Maatta, Johnson) and two of them bottom-six forwards (Sheahan, Cullen).  The only real complaints that could be made are some of the same ones the Penguins couldn’t escape last year: the fourth line wasn’t put to much use (Sheahan: 12:41; Cullen: 9:43; Sprong: 6:47 and dropped for Rust a few times); the forwards didn’t do a great job supporting the defense, and Matt Murray looked shaky.  But, you know what? The Capitals didn’t look nearly as good as the Penguins.  There were a couple of times the Capitals had the Penguins pinned in their own end – towards the end of the first period, and when Oshie scored his pair in the third – but otherwise the Capitals had less offensive depth and the Penguins got plenty of good looks on Braden Holtby.

And yet, there were plenty of Penguins fans out there griping about one thing or the other.  I was guilty of this too, at least by the end of the first period, particularly in light of the performance of the top defensive pairing of Kris Letang and Brian Dumoulin.  If the game ended there, those gripes would certainly have been justified, but of course Letang ended up scoring two goals, including the overtime winner, and Dumoulin notched a couple of assists.  Rust didn’t look very sharp, and neither did Maatta, but ultimately, are we going to worry about the details of one game for very long? They’ll both bounce back, as will Murray, and maybe we can save the worrying for if they look poor on a regular basis.  As the title says, just breathe. 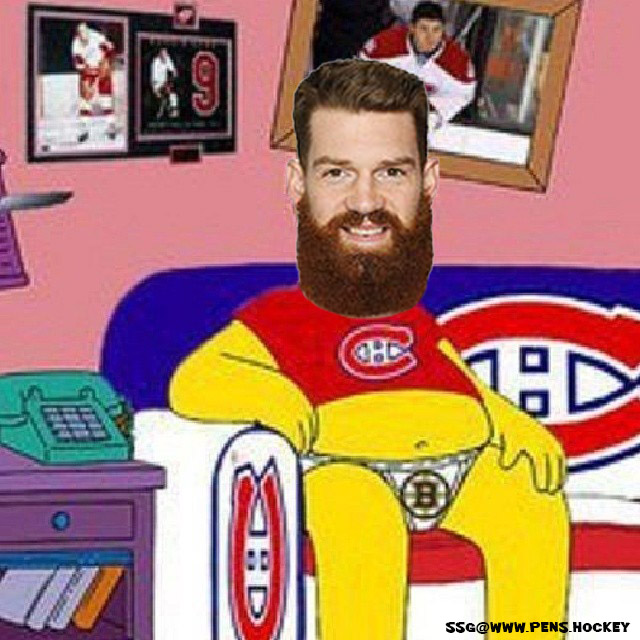 Perhaps the best news following the first game of the year was that the next day wasn’t the first of 19 back-to-backs as the schedule isn’t nearly as demanding in the opening month for the Pens this year. Instead the Penguins enjoyed a day of practice before welcoming the team from Montreal into The Paint Can tonight. The Canadiens are currently in a “hold my beer” duel with the Ottawa Senators, their most recent move was sending captain Max Pacioretty to Vegas in exchange for a tater tot, a motorbike and a pick. Though they appear to be a dumpster fire the Canadiens are rather stocked in assets, even with the outrageous $10.5 million they are paying Carey Price the next 20 years the Habs still have over $6 million in cap space as well as 10 draft selections in this years draft, 8 of which are in the first 5 rounds. The question of “what to do next” remains for Montreal as the franchise is between rebuild or powerup modes and they can’t make up their minds. 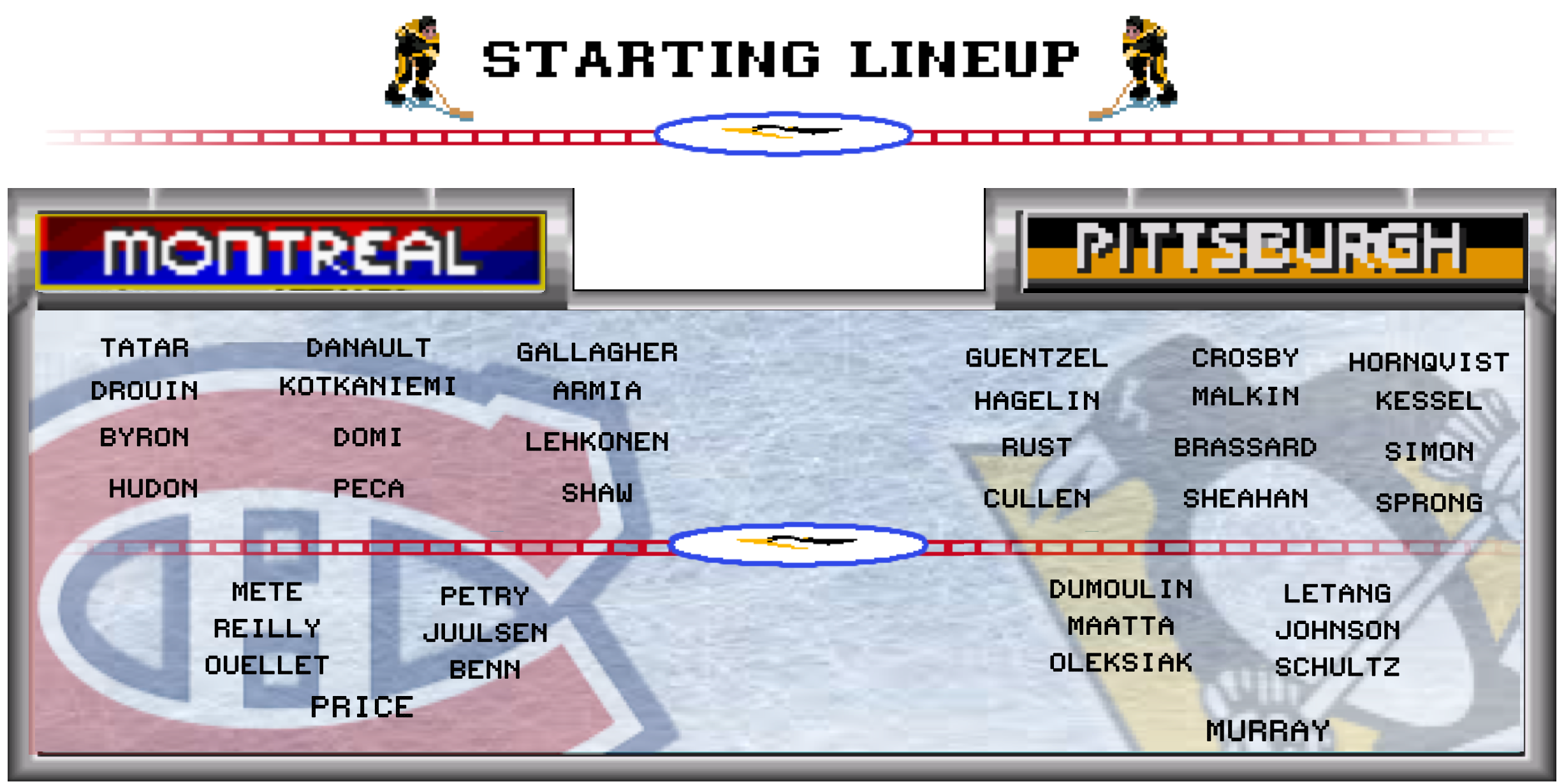 A team that once had Carey Price, Max Pacioretty and PK Subban all on entry level deals currently has 5 names that you recognize (Shea Weber is out with a knee injury). The first thing the eye is drawn to with this matchup is the defense of the Canadiens, which is most likely going to make Carey Price earn $128,048.78 he is making tonight. Another thing to watch is Jordie Benn, for some reason I vividly recall Sidney Crosby embarrassing Benn in every meeting between the two, I would look for it to happen again.

As for the Penguins there shouldn’t be any changes from the game one line up. With the potential of grabbing an early lead this is a perfect game for Sullivan to get the 4th line minutes up but if nothing in this sport goes as planned. The Pens have a great opportunity in this game to flex their muscles and completely overpower the weaker Montreal team but it is at this point that I offer caution, remember that there are no easy nights in the NHL. On paper the Penguins look like an All-Star team compared to Montreal, only in Toronto are Stanley Cups won based on paper rosters.

It’s a Saturday night show down. It’s a hockey night in Pittsburgh. The giddy feeling that hockey is back is still there, so let’s go!