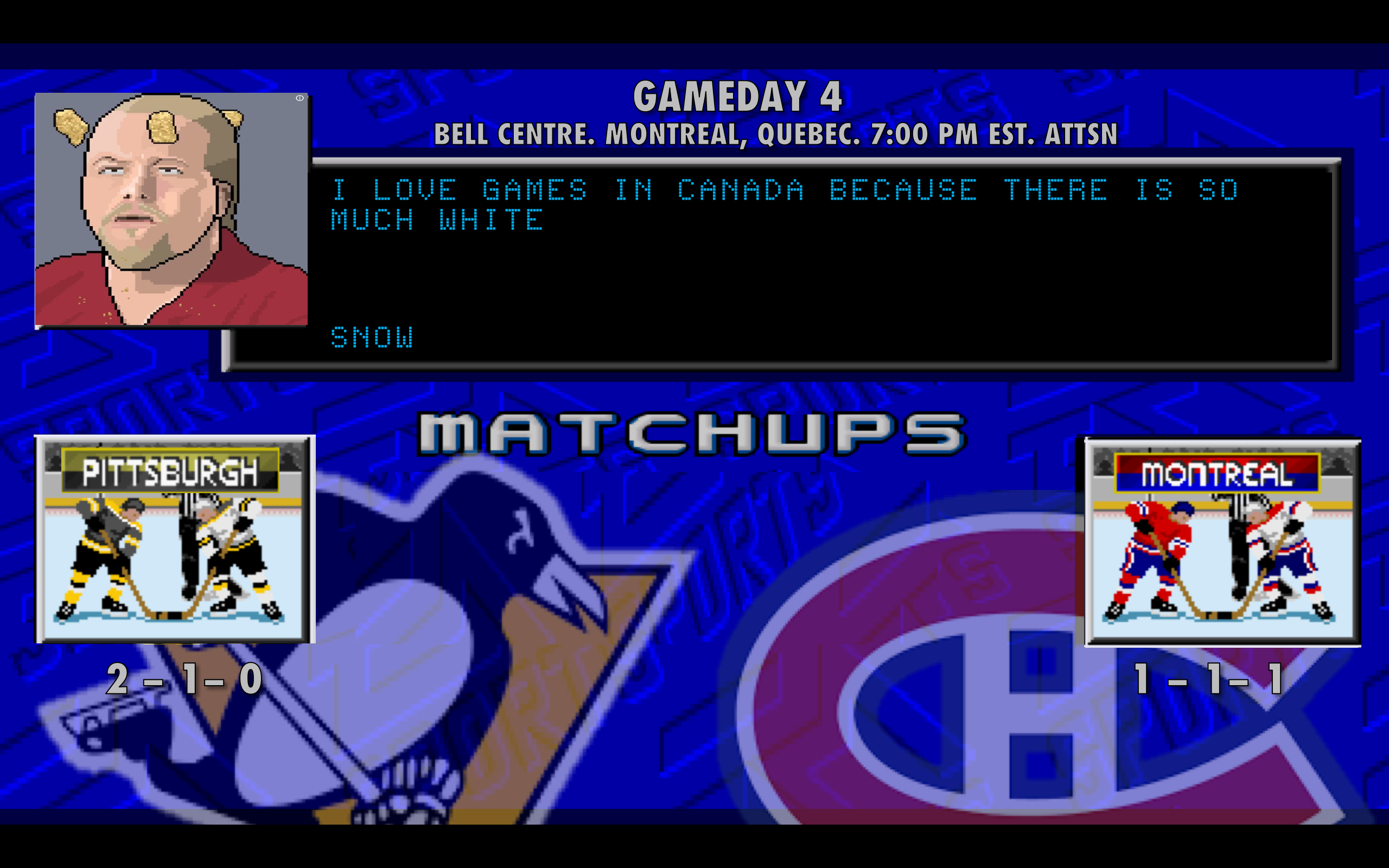 Tonight the Penguins make their first road trip of the year – one whole game’s worth – as they head to Montreal to see if they can exact revenge on the Canadiens for last Saturday’s 5-1 ass-beating.  Tonight is the start of six-straight games against Canadian teams for the Penguins, a two-week stretch that will end with the annual Western Canada road trip.  Unlike Montreal, the Penguins looked much better in their following game, Thursday’s 4-2 win over the Vegas Golden Knights, while the Canadiens looked much worse as they lost 3-0 to the Los Angeles Kings on Thursday. 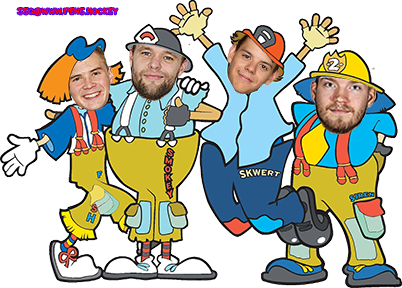 The early going of the season has, whether it is surprising or not or valid or not, brought about a flurry of agitation from within the Penguins’ fanbase.  It started even after the Penguins’ 7-6 season-opening win against the defending Cup champions (somehow Matt Murray was more deserving of criticism than Braden Holtby), but really got going after the aforementioned loss to the Canadiens.  There’s no amount of “it’s way too early in the season to be complaining” that seems to keep the complainers at bay, but I think the best suggestion is to remind those people that the Penguins have won two Cups in the last three years and three in the last ten.  As a fanbase, in this context we’ve been spoiled in ways no other team has in the NHL since after the 2004-05 lockout.  We really have relatively so little to complain about, it’s not funny.

Now, if you want to talk about fanbases which have been spoiled but are currently suffering, look no further than le Club de hockey Canadien.  The Canadiens have far and away won the most Cups in NHL history, winning 14 of their 24 Cups between a five-peat starting in 1956 and a four-peat ending in 1979, but this season marks 25 years since their last appearance in the Stanley Cup Final, and there’s little hope of that streak ending any time soon.  (If you want to talk about the Toronto Maple Leafs and their fifty years’ worth of suffering, I won’t begrudge you that…but we can discuss it more next week.)  Like with the New York Yankees, there’s this inherent sense in the Montreal Canadiens’ fanbase that they deserve more success because they have previously been successful (see: every penalty called or non-penalty call missed against the Canadiens), but there’s got to be so little goodwill between the front office and the fanbase at this point that it’s all founded in cynicism.

The fulcrum of this negativity has to be centered around the goaltending position, as the Canadiens have been blessed with some very talented goaltenders over the years. During that five-year stretch back in the 1950s, Montreal was Jacques Plante’s home and he helped bring that talent-laden team six Cups in his tenure.  Montreal also had arguably the best goaltender in the League in the late-80s and through the 1990s in Patrick Roy, who backstopped the Canadiens to their last two Cups in 1986 and 1993 (winning the Conn Smythe both times), but the good times disintegrated in short fashion as Roy’s relationship with the coaching staff and front office souring to the point that the Canadiens traded Roy to the Colorado Avalanche in December of 1995.  (Just a year prior, the Avalanche were rivals of the Canadiens as the Quebec Nourdiques…food for thought).  That Avalanche team won the Cup that season, and won another one with Roy in 2001.  And now, of course, they have Carey Price.

Price has long lamented being in the shadows of Plante and Roy, but that hasn’t stopped him from trying his best to appease the fans.  As recently as 2014-15, Price won a fabled quartet of awards – the Hart, Vezina, Pearson, and Jennings – and was quite clearly the best goaltender in the League.  The year prior, the Canadiens had made their most recent Conference Finals appearance, losing in six games to the New York Rangers, and that 2015 Montreal team only made it as far as the second round, losing to the Tampa Bay Lightning.  The Canadiens then sandwiched a first-place finish in the Atlantic Division in 2016-17 with two sixth-place finishes in 2015-16 and last season.  Price played almost as many games combined in the two shitty season (61) as he did in the good season (62) due to a season-ending MCL tear in 2016 and varied injuries last year.  Thus, much of the Montreal’s hopes lie in Price being healthy and the Vezina-caliber goaltender he has been in the past. 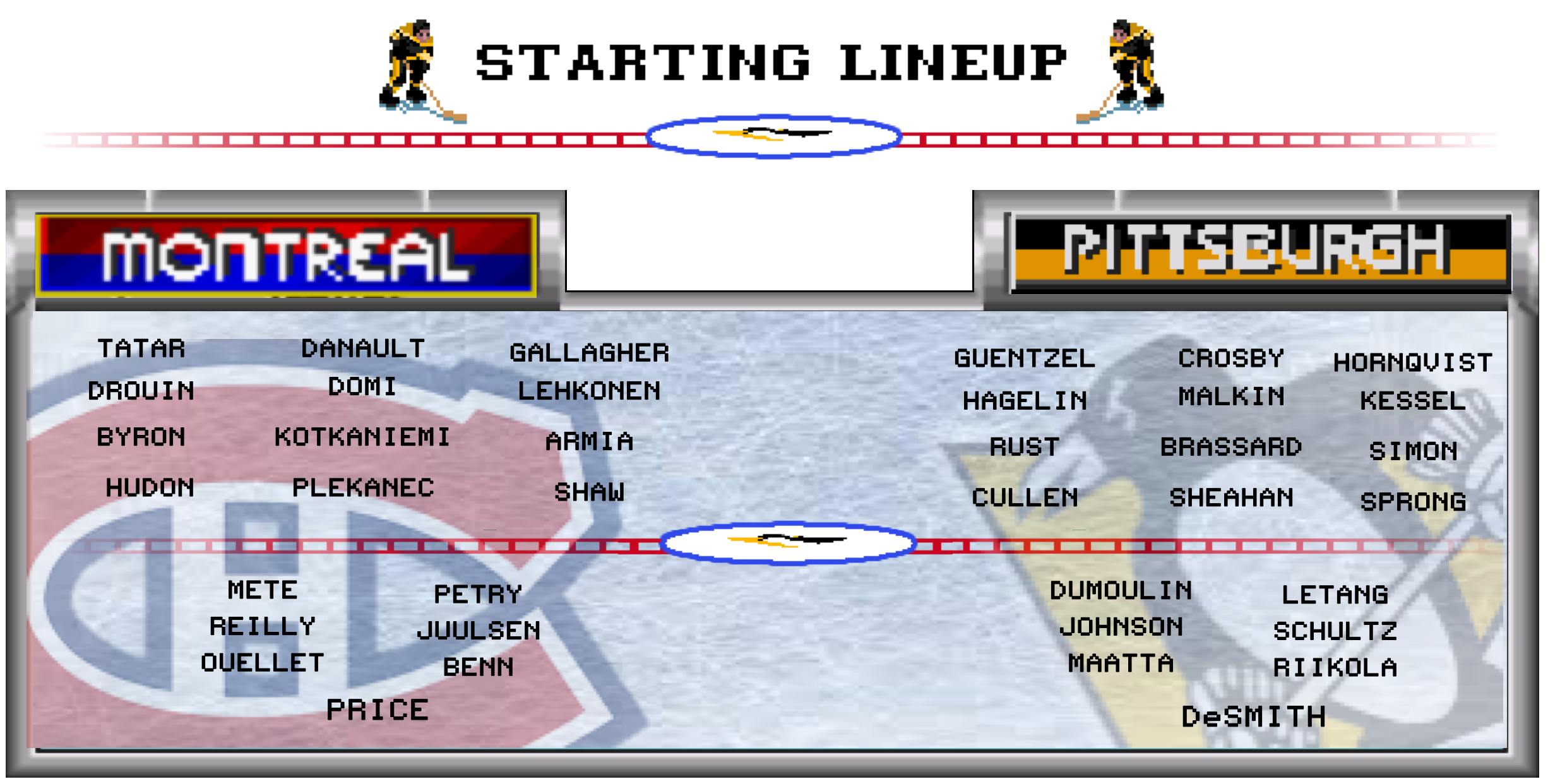 Part of Montreal’s problem is also that the rest of the Atlantic division is running away from them.  Tampa Bay, Boston, and now even Toronto are all far superior to the Canadiens, and with the Florida Panthers continuing to try and escape mediocrity, and now the Buffalo Sabres even have some hope, the calculus for the Canadiens to make a serious run in the playoffs is getting tougher and tougher.  It doesn’t help that Montreal has bid adieu to some presently-useful players over the last few seasons (including Lars Eller, P.K. Subban, and Max Pacioretty), and they now have the fifth-youngest roster in the League.  Another part of the problem is that they’re not in a great position to blow everything up and start over like most teams would and do these days.  Putting aside the fact that their fans would revolt if the thought even came up, the Canadiens only have three expiring UFAs this season, three next season, and eleven RFAs to consider in the same time as well.  They’re in a position of relative roster stability right now, but they’re really hedging their bets on a youth movement in the next few years that may not come to fruition.  Besides Price, there isn’t one bona fide gamebreaking franchise player to put their long-term hopes behind, and most teams with even passing playoff aspirations have at least that.

With all this being said, Montreal’s front office continues to ignore the increasing probability of a streak of mediocrity.  The truth is they have been sharply up-and-down over the last ten seasons, finishing 1st, 2nd, 4th, 2nd, 5th, 1st, 3rd, 1st, 6th, 1st, and 6th, with two Conference Finals appearances but also two third-overall draft picks, both involved in this past offseason: the recently departed Alex Galchenyuk, traded to Arizona for Max Domi, and Jesperi Kotkaniemi, who was apparently compared to Anze Kopitar.  Kopitar’s a very good player, but more in a second-tier fashion than the kind of team-carrying guy I just mentioned.  They haven’t had the chance to string together some consistently positive seasons in a long time, and that’s already effectively mediocrity.  But now that their interdivisional peers are passing and catching up to them, there’s a good chance they’ll get squashed in the process and forced into being flat-out bad.  Unfortunately for them, the Red Wings and Senators have already beaten them to accepting this hopefully near-term basement-dwelling fate, and if the Canadiens don’t make changes to the front office (i.e. fire Marc Bergevin), they may never see the forest for the trees.

On the Penguins’ side of the discussion, the 4-2 win over Vegas should have led to some improvement of the general feeling towards the Penguins, especially in light of the performance of Casey DeSmith, who stopped 35 of 37 shots.  In some ways it was good to see that, even with a backup in goal, the Penguins defensive-zone effort was generally consistent with what we’ve seen thus far, e.g. not great Bob.  To that extent, Sullivan tinkered with the lineup a little bit in practice yesterday, swapping Bryan Rust with Patric Hornqvist and putting Olli Maatta and Juuso Riikola on the same pairing.  (I guess it makes more sense to have two Finns on something instead of one, huh?)