Since it came up in the comments the other day, I thought I’d bring it up again today.  The year was 2012.  There were still six divisions.  The Vegas Golden Knights were as much an idea as you were before your parents even started having sex.  The Penguins were three years removed from their Cup win and, without Sidney Crosby for all but 22 games, Evgeni Malkin carried the mail for the Penguins as he ended up winning the Hart, Art Ross, and Pearson trophies.  James Neal scored 40 goals for the Penguins (which turned out to be his career-best year thus far).  Craig Adams was still around.

The Penguins ended up with fifty-one wins and the fourth-best record in the League, and had a first-round matchup with their rivals, the Philadelphia Flyers.  It was as ugly a series as you would ever see: a 4-2 series win for the Flyers with games of 8-5, 8-4, and 10-3.  The whole rest of the playoffs was a mess, too: the Phoenix Coyotes made it to the Conference Finals, and the New Jersey Devils, led by Martin Brodeur, Ilya Kovalchuk, Patrik Elias, and Zach Parise, made it to the Stanley Cup Final, only to be beaten in six games by the Los Angeles Kings.

Parise was a free agent in the offseason, and was arguably one of the top players available.  The Penguins took a good long look at Parise but were beat out by the Minnesota Wild, who signed Parise and Nashville Predators defenseman Ryan Suter to identical 13-year, $98 million contracts.  It was a coup for the Wild which up to that point had spent most of their eleven seasons on the playoff bubble; now they had two young, talented, potentially franchise-caliber players to build their future off of.  For the last five seasons, they’ve made five playoff appearances but, like the Washington Capitals, they’ve gotten no further than the second round.  Suter has been a rock for the Wild defensively, but Parise has struggled with health issues and has yet to make an appearance for the Wild this season (and will continue not to while he recovers from back surgery).

In case you hadn’t guessed it by now, the Wild are the ones scuffling their feet thus far this season.  They’ve got their goaltenders reversed it seems with “starter” Devan Dubnyk underperforming in his six starts and “backup” Alex Stalock playing well in three starts.  They’re about average in goals scored and allowed.  Their shooting percentage is fourth but their save percentage is holding them down.  As with the Jets, they’re in the Central Division so even though they’re last the Wild are only seven points out of first place.  They were without leading scorer Mikael Granlund for the first six games so perhaps they’ll start to bounce back, but they’re also missing Charlie Coyle and Nino Neiderreiter so it’s going to be tough going for the Wild as long as they continue to have these health issues. 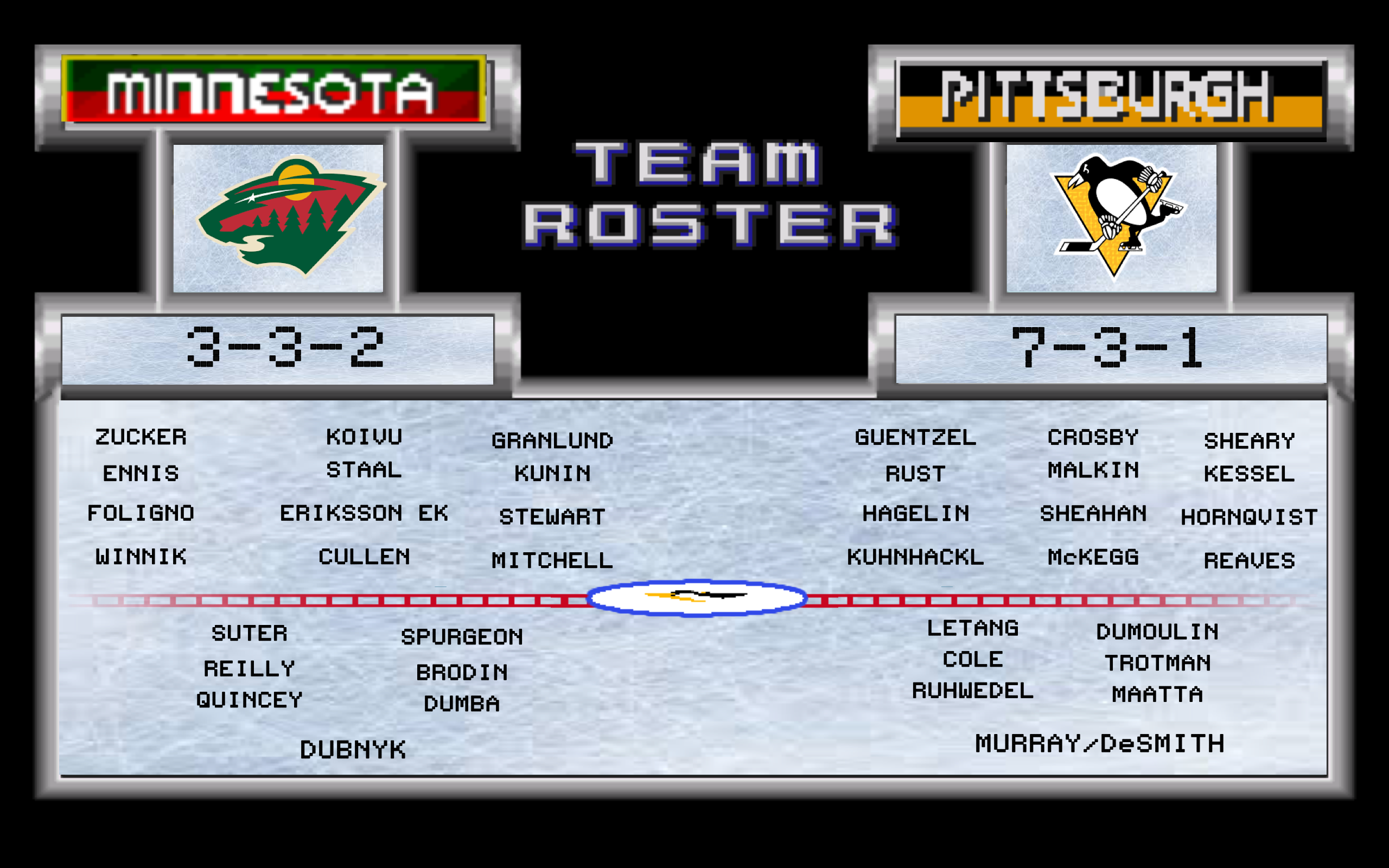