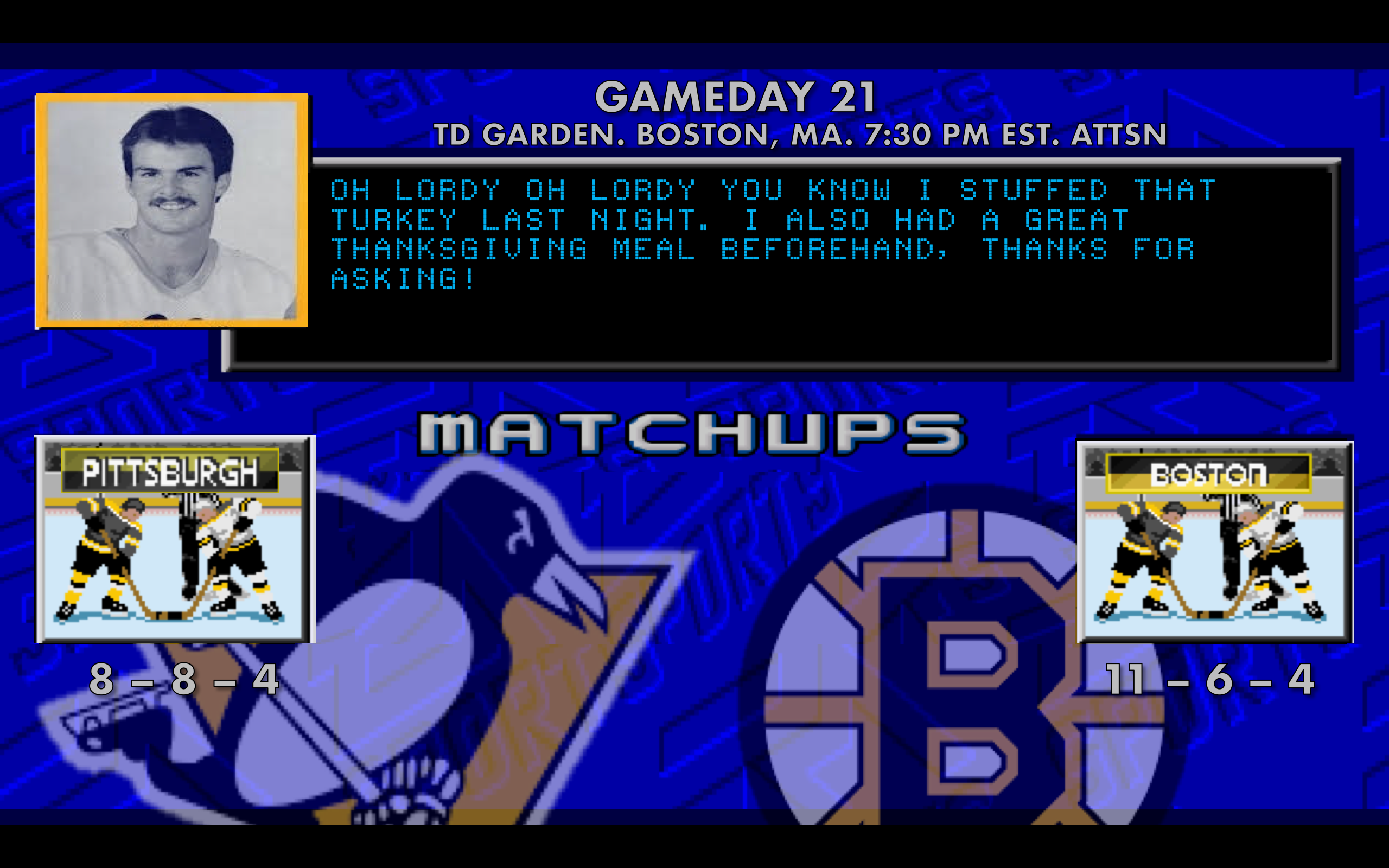 Following a Thanksgiving day that allowed the players to have a day off thanks to a stipulation in the last CBA reached between the players and the league the Penguins are back to work tonight in Boston. Nobody really wants to travel to Boston following a holiday, or worse during a holiday like the Pens did, but what can you do? The biggest news coming out of the holiday was Matt Murray reaching Beau Bennett status when it was announced that after not playing in the last five periods he is now on the long-term disability list.

Sullivan stated that the announcement came as a shock after team doctors decided it was best Murray didn’t play for a while due to a nagging lower body injury known as ripped dik. The timing was suspect to say the least, but nonetheless hopefully Sidney Crosby can show Murray the fountain of health that he found during his last three game break and Murray returns to form. In the meantime the Penguins have called up Tristan Jarry to backup Casey DeSmith. The oldest joke in the book is “Jarry has more goals than Spong” har har har, in the AHL Jarry scored a goal and it was great to see, Daniel Sprong scored 32 in the AHL last year but sure, keep making the same joke you saw someone else make first. 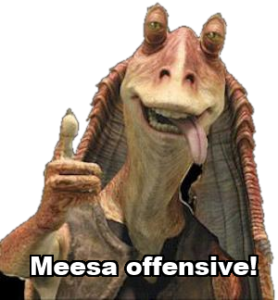 Other than the trip to the IR for their two-time cup winning goaltender the Penguins come into this game following their best performance of the month after they finally had their top three centers healthy. How important is it to this Penguins team to have Crosby-Malkin-Brassard down the middle? Perhaps you recall in the offseason we used the data on dailyfaceoff.com and corsica.hockey to compare every line in the league against each other. Fortunately for us they continue to update these ratings, and when the Penguins have all three centers healthy this team has a pretty solid ranking compared to the rest of the league: 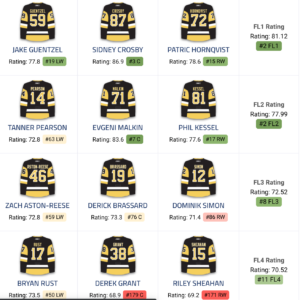 With the lineup the Penguins used against the Stars on Wednesday night they iced the 2nd best first line, 2nd best second line, 8th best third line and the 11th best fourth line in the league. Keep in mind that these ratings are based on each players current season and are constantly updated, and if Brassard continues to find the scoresheet the third line rating will continue to climb, the same can be said for the second line with Pearson’s early struggles tanking his ranking. 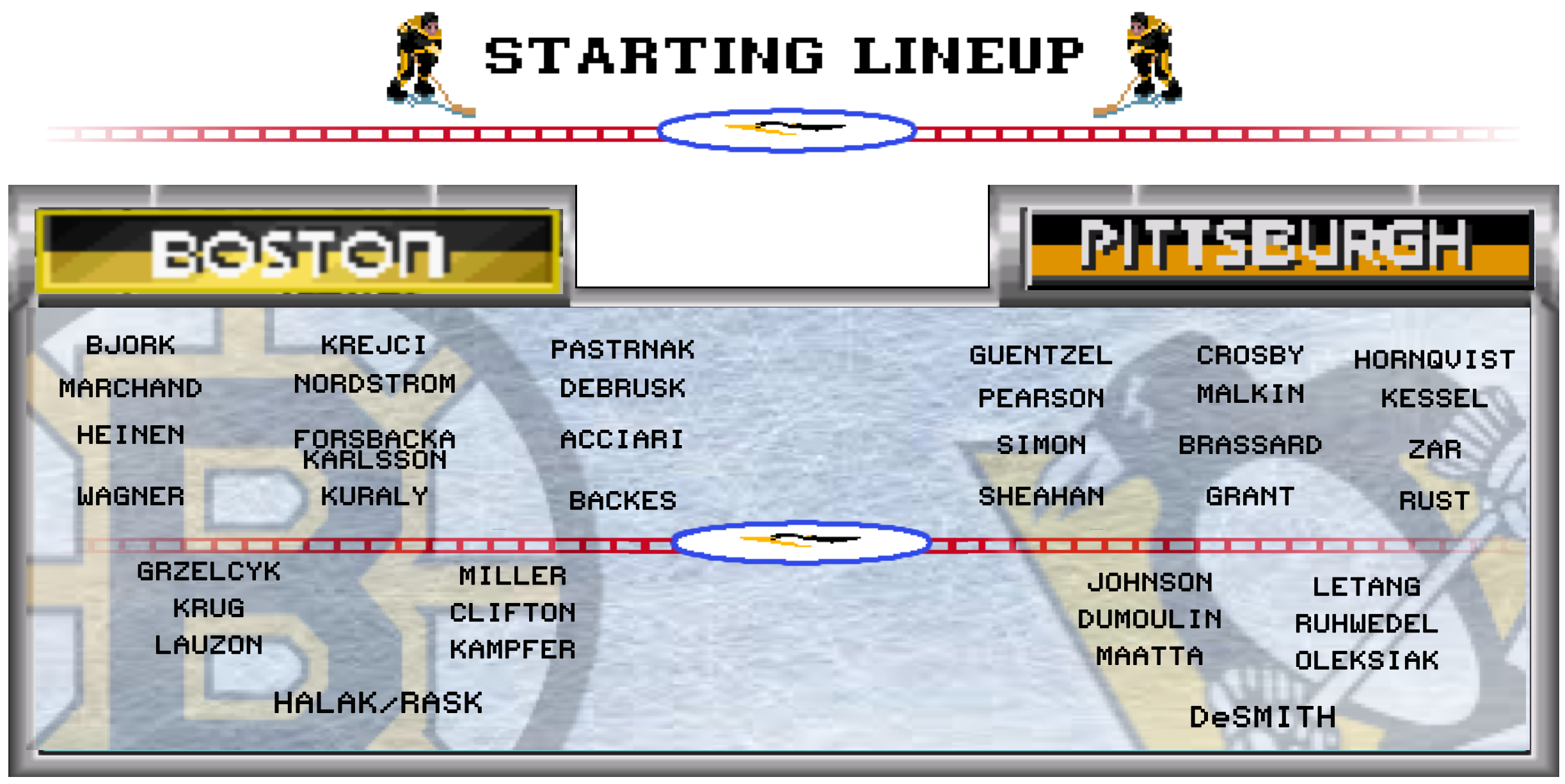 That isn’t a typo, the Bruins have a player whose last name doesn’t fit on the back of his jersey and actually goes from shoulder to shoulder. He is Jakob Forsbacka Karlsson and I don’t understand why he has two last names without a hyphen, but I’m sure Bob Errey will have all sorts of fun with this tonight. Forsbacka, alone, would’ve been a badass last name.

To be honest I know nothing about the Bruins other than Tuuka Rask quit on the team and isn’t starting anymore or something. When we don’t know something about an opponent we usually go to the graphs, hopefully you aren’t sick of them, and as usual we start with the 5v5 shot maps from hockeyviz.com

By the looks of this the Bruins are surviving by their defense but that is purely speculation form these maps. Their defenders are obviously very active in shooting which might prove to be an interesting test for the Penguins forwards who have had some difficulties covering the opposing teams defenders this season. Usually what I’ve noticed with these heat maps is that if a team doesn’t have an offensive hotspot in the center of the ice but they do have a winning record, that team is very successful in scoring in transition in which they don’t accumulate enough shots to get a “hot spot” but convert enough opportunities to win. This theory is supported when we look at the Bruins leading scorers.

Offensively the Bruins are carried by David Pastrnak and his ridiculous 17 goals in 21 games, it is crazy that a forward has that many goals and no offensive zone hot spot, unless said forward is scoring on quick transitions from various areas. The next closest goal scorer for the B’s is Bergeron with 9 who is on injured reserve along with a slew of other Bruins. I said slew, not slewfoot, Marchand is playing. The Bruins currently have two forwards and two defenders, including Chara, on long term injured reserve with none of them expected to return until Christmas at the earliest. Despite the injuries the Bruins have been able to scrape out points when possible going 5-3-2 in their last ten which is certainly better than the Penguins 2-6-2 in that same time span.

Regardless of the dread that comes with traveling to Boston after the holidays the Penguins will be entering this game on a high note following Wednesday. One game against Dallas was still just one game, and it will be a very good sign to see the Penguins put another effort like that one out on the table for leftovers. See what I did there?