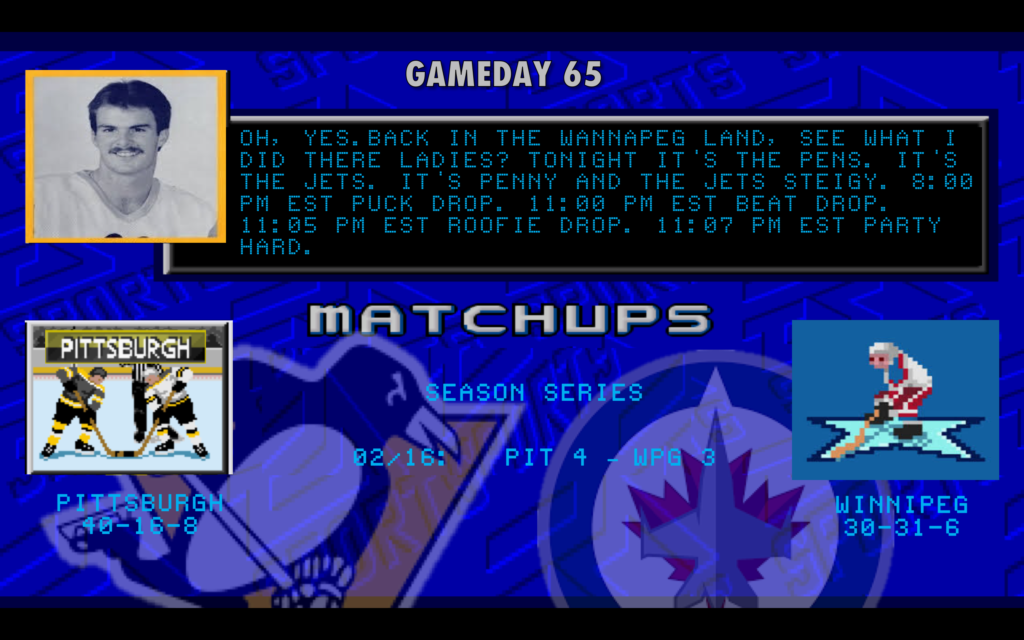 (Let’s try this again! Sorry for the false start yesterday.  “Cool your jets” is exactly what I need to do.)

The Penguins have arrived in Winnipeg to begin their last big (five games) road trip of the year; four games in Western Canada in five days, then a stop in Philadelphia next Wednesday.  With eighteen games to go in the regular season, this is the latest such excursion I could find the Penguins making to the Northwest since they started bundling these trips to at least Calgary, Edmonton, and Vancouver in 2011-12 (when they actually started the season out there).  For the record, they are 8-3-1 on these trips since 2011.  Perhaps the scheduling gods forgot that the Jets had moved to Winnipeg until this year and that’s why the trip is including them this time? I’ll let you try and figure it out.

In the meantime, this road trip will provide the coaching staff a perfect opportunity to figure out why the Penguins are so bad on the road.  Pittsburgh has the twelfth-worst road record in the League (13-12-5), which may not sound all that bad until you consider that the other eleven teams ahead of them combined for average goal differential of -29.3.  Sure, a few of the teams are playoff teams (NYI, NSH, STL), but the bulk of them are at the bottom of the standings.  That the Penguins are so mediocre on the road and still second in the Metropolitan division is quite the testament to their League-leading home record, but when you consider that eleven of Pittsburgh’s last eighteen games are on the road, plus playing half of their playoff games on the road, the Penguins have to figure out what’s causing them to play sub-.500 on the road.

So, perfect timing: four of five teams on this road trip are in the bottom half of the League in home record, starting with the worst of the bunch in Winnipeg which has the fifth-worst home record in the League (16-15-1).  The Jets allow the fourth-most goals at home, have the fourth-worst penalty kill at home, and have the ninth-worst face off win% at home…all good news for a Penguins team that needs to improve on the road.  It’s not as though Winnipeg is a completely bad team; they have four (almost five) twenty-goal scorers, including Mark Scheifele (whose name I had to look at three times to spell correctly) and Patrik Laine who sits just two goals behind League-leader Sidney Crosby and has an outrageously quick release…just look at it!

That Laine release is deadly enough but add in pass originating behind goal line, forget it. Goalie has no chance having to be that deep pic.twitter.com/ideZAZZcfT

As advanced stats and analytics becomes more of a mainstream concept in the NHL, players will have to rely on more than just hard numbers to justify their pay raises.  32-year-old Toby Enstrom has two more years on his $5.75M/year contract with a full no-movement clause, and his performance has plummeted.  He is at the second-worst points/game rate of his career, with one goal and thirteen assists; he’s basically given up on shooting (46 shots, a shooting% of 2.2%) and he’s the Jets’ worst defenseman in PDO% (team shooting%+save%).  For being the defenseman the Jets rely on most when shorthanded (tied with Jacob Trouba at 3:01), Enstrom has a -4% relative Corsi-for, meaning the Jets face fewer shots on the penalty kill without Enstrom on the ice than with him on it.  It’s a treat for opponents when he’s on the ice, and that’s not a good thing for the Jets for the money he’s being paid.

For a few years now, the Jets have been waiting patiently for Connor Hellebuyck to meet the promise of the performance he demonstrated in college.  At 23 years old, he’s not nearly old enough to be considered at the top of his game but, perhaps due to how bad the Jets defense is, he is unable to carry them or at the very least keep them in games the way that his peers (such as Matt Murray, Andrei Vasilevskiy, John Gibson, even Robin Lehner) have been able to do.  Or perhaps he’s just not as good as the promise that was made.  In any event, the biggest problem for Winnipeg is goal prevention, and their goalies have proven incapable thus far of doing so consistently enough to keep the Jets in the playoff discussion.

As for Pittsburgh, two straight wins since bringing on Mark Streit at the trade deadline, including a 5-2 beatdown of the Lightning and coming back from a 3-0 deficit to beat the Sabres.  Still, I would not be surprised to see Mike Sullivan continue to tinker with the defenseman pairings.  Kris Letang still isn’t walking through that door so the Penguins will need to continue tweaking their zone entries, particularly on the power play.  They were 2/3 against the Lightning and 1/6 against Buffalo, which is 33%…pretty good! Winnipeg takes the third-most penalties in the League, so it will be on the Penguins to take advantage of their man advantage situations. 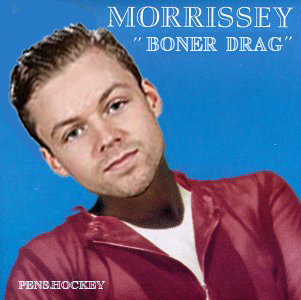 The Kris Letang mystery has brought out the conspirators over the weekend, and some of it is justified. You have to assume if Letang was in concussion protocol they would say so. If it was a lower body injury they would say so. So the only 3 options are 1) it’s another blood/heart problem, 2) it’s something that other teams could potentially target in the playoffs so they are keeping shut about it or 3) the Penguins are in a comfortable position right now and getting a man that plays 30 minutes a night in the playoffs some extended rest isn’t going to kill them. Whichever the case may be it is clear that we aren’t going to know anything about it;

As the team slowly gets healthy bodies back Sullivan continues to tinker with the lines in an attempt to find the right fits for everyone. Yesterday in practice he made a minor change, moving Kessel to Malkins wing (YAYYYYY) and putting Hornqvist with Bonino (meh). The defensive pairings seem to be set as the Streit-Hainsey pairing is fitting right in to the Penguins system. Tonight will be a great example of what the new toys on the blue line can do, as Winnipeg generally plays a playoff style game of heavy hitting and crashing the net. After a rough performance the other night I am leaning towards Murray getting the start tonight, especially since it is a 5 games in 8 days road trip that ends in Philly.

Big Buff is still a dick. Winnipeg fans will most likely boo Malkin for laying that probably should’ve been suspended for it hit on whatever worthless player it was. Their fans are amped up because they are once again so close to the playoffs. Unfortunately for the Jets you can’t even golf in Winnipeg in April, you just sit in the cold wishing you were anywhere else. You know your team sucks when Evander Kane going to Buffalo looks like a good decision.