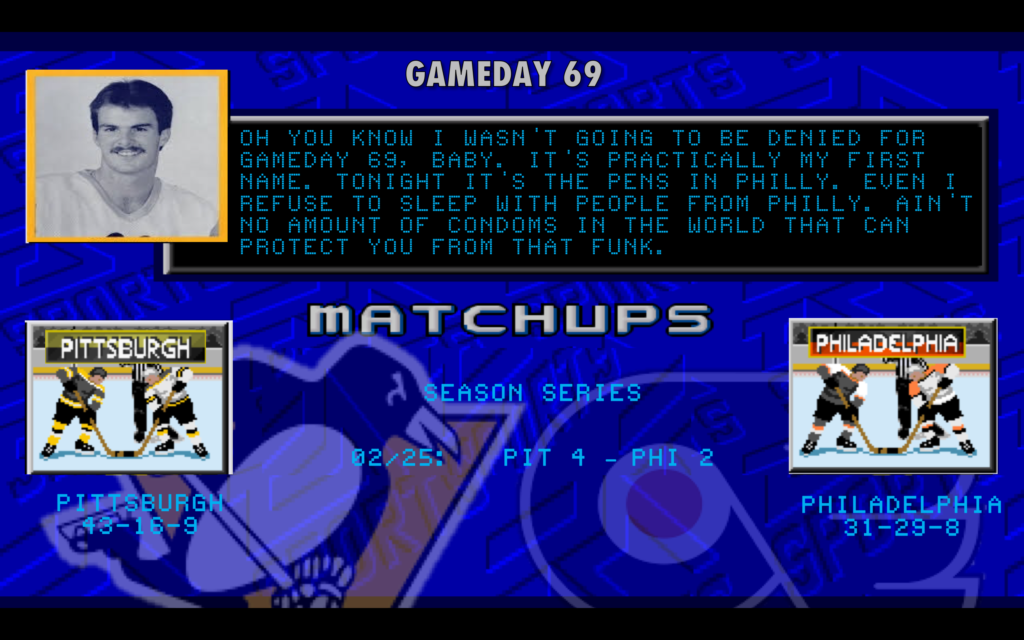 Out of the fire and into the freezer for the Pittsburgh Penguins, as they have returned to Pennsylvania for the first time in a week to finish off their road trip against their longtime rivals, the Philadelphia Flyers.  Pittsburgh took seven of eight points on their Canadian excursion, only losing in the shootout to a Calgary Flames team which is on a ten-game winning streak.  Considering that the Penguins are seriously hurting right now (Mark Streit became the latest casualty against the Flames), they may need to start spreading out the ice time, and the next four games might be a good opportunity for that with some Eastern Conference also-rans in the offing.

Nothing is impossible, but the Philadelphia Flyers are not looking like a playoff-bound team.  Seven points behind the Islanders for the second Wild Card spot, they have been lingering around in the playoff outskirts for a while, but since winning ten games in a row ending December 14, they’ve gone 12-18-5 and 4-7-1 in their last 12.  Those four wins, by the way, were against Vancouver, Colorado, Florida, and Buffalo…teams with an average of 60.75 points in the standings.  Meanwhile, the “worst” team they’ve lost to are the Maple Leafs (76 points).  That’s not going to impress anyone, and with seven of their last fourteen games against playoff teams (including two against Pittsburgh), time is running out for the Flyers to make a case that they belong in the playoffs.

The good news for the Flyers is they will be paying someone on their team to play in the playoffs. Even better news is a player paid by the Flyers playing in the playoffs actually has a chance at winning a cup. One day we will hear exactly how the Philadelphia-Tampa-Pittsburgh deal of Mark Streit went down, but deep down I’m a child and want to believe the Rutherford simply refuses to talk to the Philadelphia organization on the phone. I like to imagine that the Ron Hextall’s reaction to Yzerman was:

and Jim Rutherford’s reaction to Hextall was this:

Not sure if you’ve heard this or not but the Penguins have a bunch of injuries. The Penguins could lose 2 more forwards and both goalies and still ice a better team than the Flyers. Usually I talk about the lineups in this segment, but the Penguins lineup is 50 shades of fucked and the Flyers is 100 shades of don’t give a fuck. So here is a happy thought, with a win tonight the Penguins statistically guarantee that the Flyers can’t pass them in the standings: 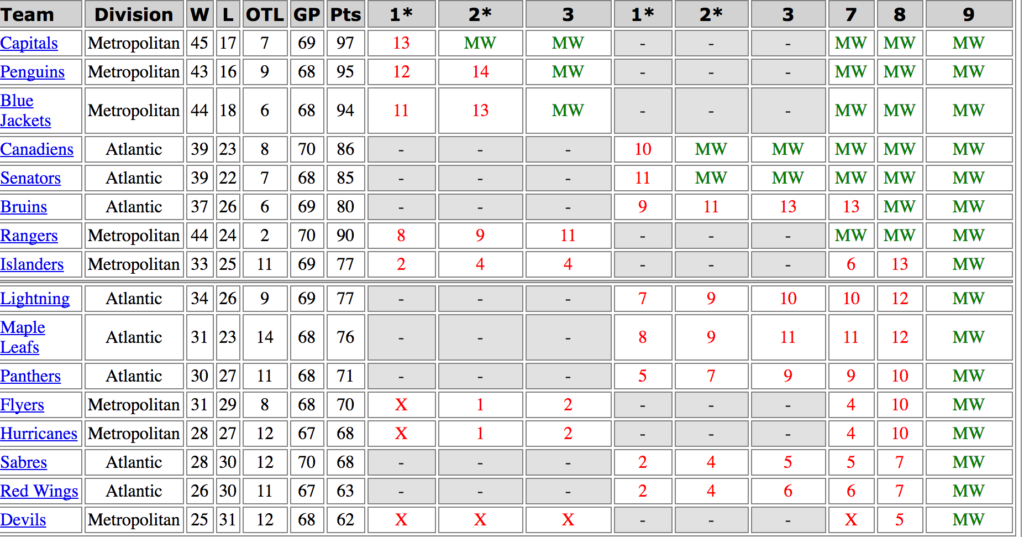 This image shows the tragic number race in the East. As you can see, a win tonight for the Penguins makes it impossible for the Flyers to finish in the top 2 spots of the metro, and it would also take the Flyers winning the last 13 games (not possible or plausible) and Columbus losing their last 14 games (plausible and possible) to take over that position. More importantly a Penguins win tonight puts the Flyers complete Tragic Number at 9. Tonight is also the 69th (nice) game for the Flyers and look who they play in game 75… 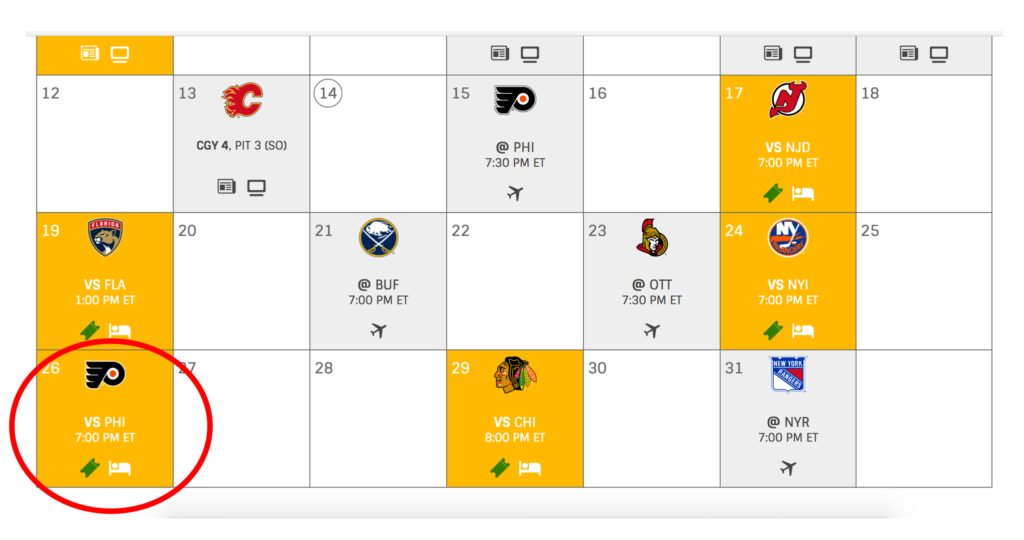 They will have 7 games left in their season, so there is a chance the Penguins will be able to statistically end the Flyers season on March 26th.

We aren’t as petty as Philly fans in acting like every head-to-head matchup is equivalent to the Stanley Cup. Honestly I don’t even care if the Penguins win the season series against the Flyers even though that is a main focus point for many Flyer fans, “we went 5-0 against you last year! We own youuuuuu” they said in April at a Phillies game where the only team in the city was still playing. What I do care about is finishing ahead of the pieces of shit in the standings. With a win tonight the Penguins can once again show their dominance over the city of filth and finish ahead of them in the standings, and there isn’t a sweeter feeling than that. It’s your 50th anniversary season Philadelphia, and you’re going to end it with a DNQ next to “playoffs,” suck. our. nuts.

Unkel SSG here…I never do this butt, I just wanted to pay a ‘lil’ tribute to a guy who I feel deserves a ton of recognition for pulling the BIG BOY PANTS on and really answering the bell.

Plus, I really wanted to kill another Philthy Frker who also deserves it. Some teams deserve our hatred and violence, for me, these guy’s are at the top of the list.