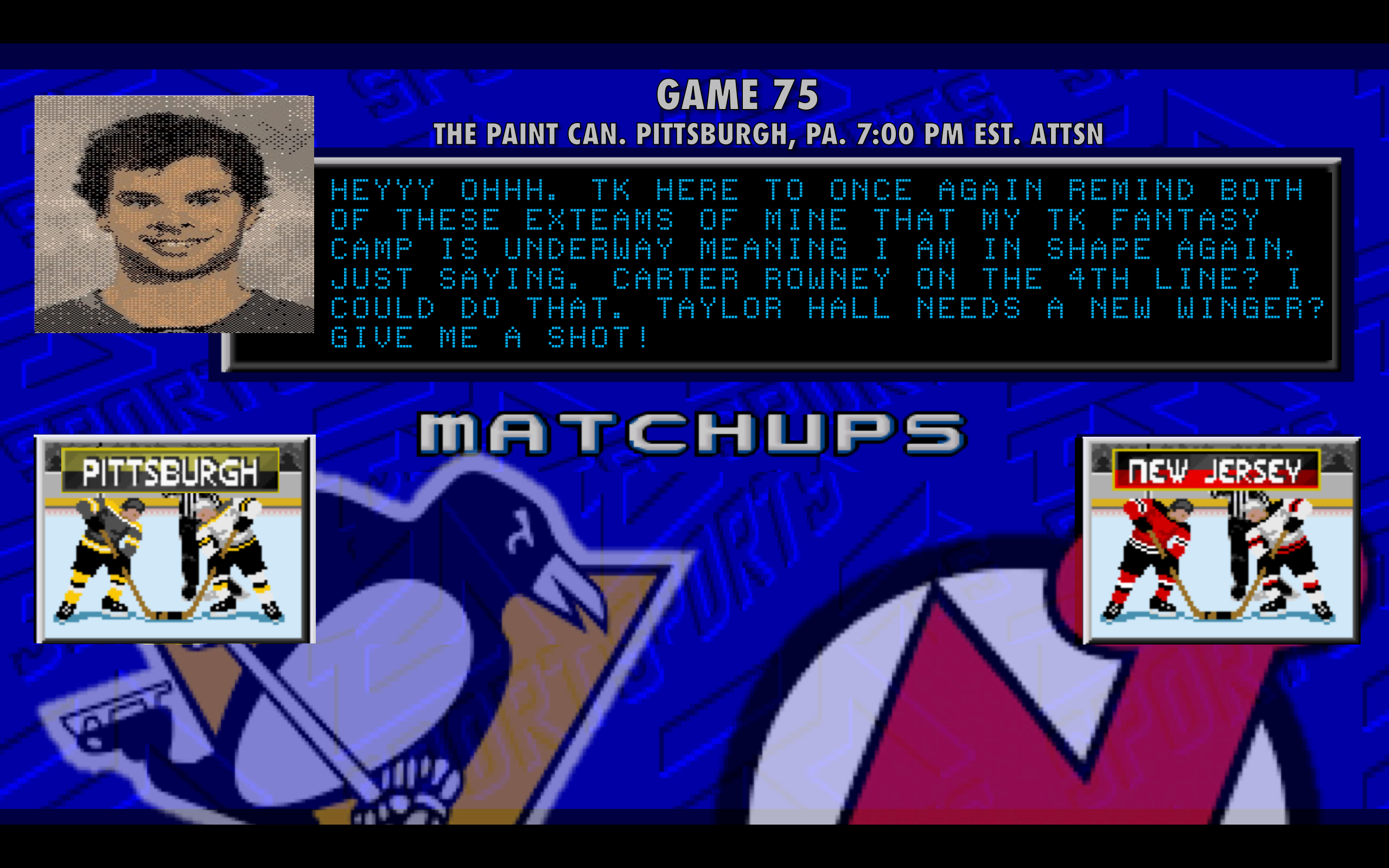 Slowly but surely we plod our way through the last two weeks of the regular season, with the Pittsburgh Penguins hosting the New Jersey Devils tonight in the second game of their three-game homestand.  Home has been where the heart is for the Penguins again this season, and they have the fifth-best home record in the League to show for it.  They also have the second-best record in the League against their Metropolitan Division foes, which bodes well for the remaining eight games on the Penguins’ schedule, which features five Metro Division opponents. 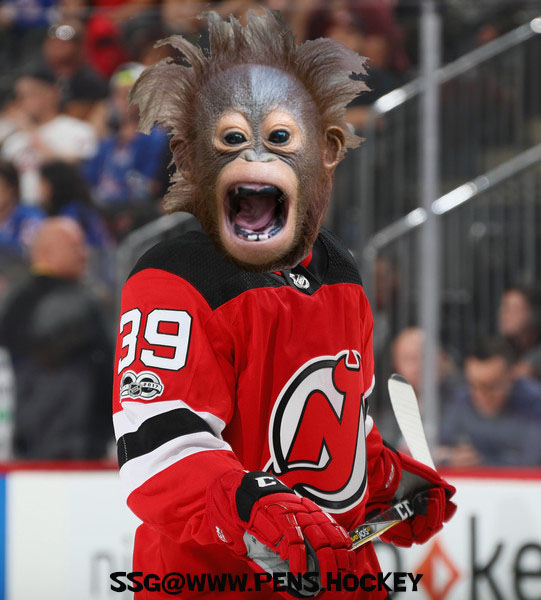 Tonight’s game against the Devils is one of two matchups remaining between these two teams, and the Penguins will look to turn their fortunes against the Devils around as they’ve lost the previous two games this season against New Jersey, the last one being a 3-2 Penguins loss on February 27.  With that win, the Devils’ chances to make the playoffs rose to 88.31% (according to SportsClubStats.com), and the next day, an off-day, they gained a little more of a chance as they went up to 89.32%.  Since then, the Devils playoff chances have taken a general nosedive: down to 54.43% after losing to the Winnipeg Jets on March 8, back up to 83.14% after beating the Los Angeles Kings on March 17, and now their chances are at a season-long nadir after a 6-2 loss to the San Jose Sharks on Tuesday sunk them to 47.4%.  Tonight is the last night of a six-game, thirteen-day road trip for the Devils.

There are a couple of problems the Devils are having to deal with, starting with their supposed starter, Cory Schneider, who has not won a game since December 27, and had been on the shelf from the third week of January to the beginning of March.  His backup, Keith Kincaid, has played very well in the meantime, winning nine of his last twelve starts, but it still hasn’t been enough to keep them afloat in the playoff race.  The other problem for the Devils is not one of their making per se, but the Florida Panthers have rocketed out of the Atlantic Division doldrums, going 18-5 in their last twenty-three games, and are just one point behind the Devils (until last night’s game against the Columbus Blue Jackets).  New Jersey simply isn’t doing what they need to so they remain in the playoff picture. 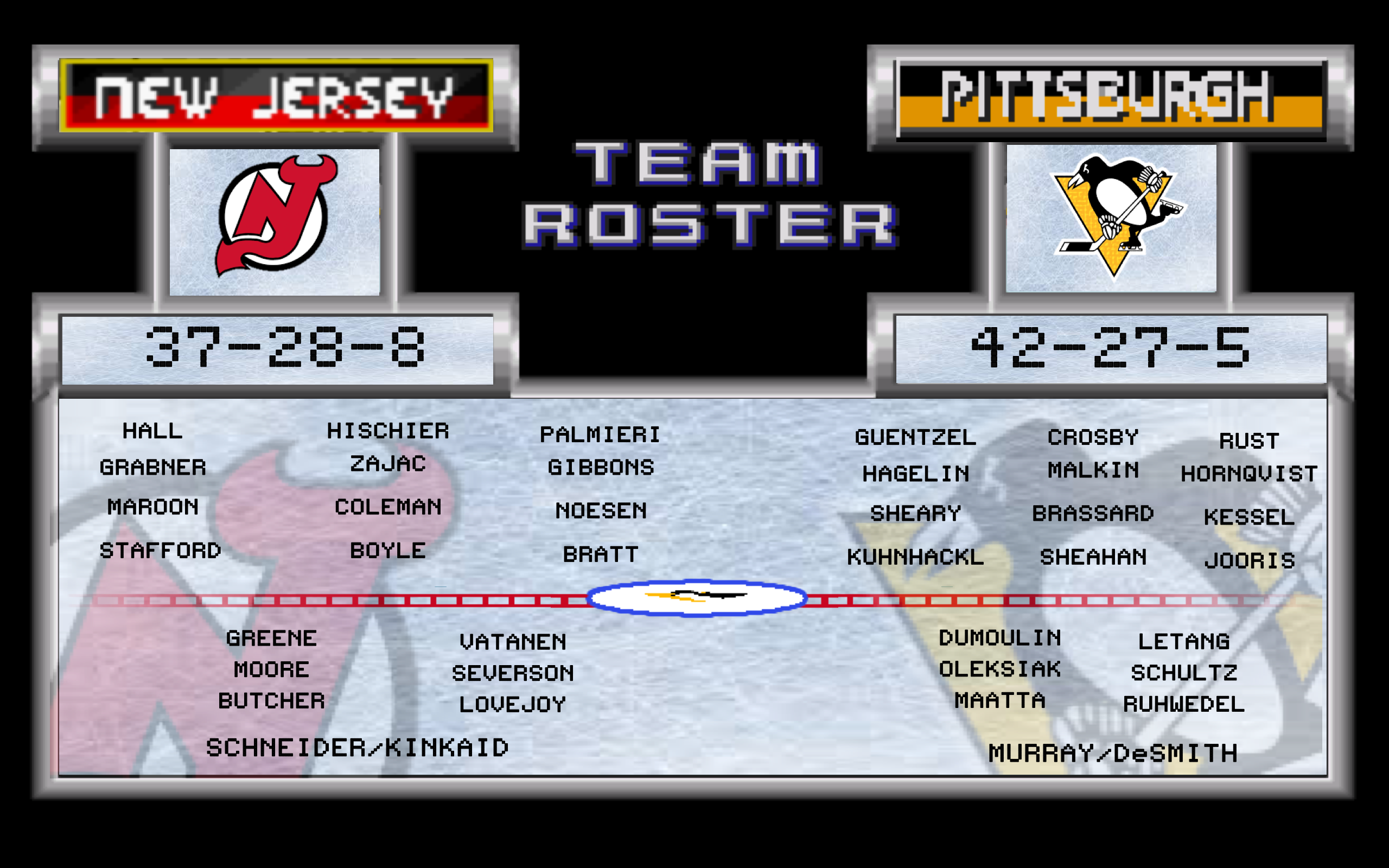 Mike Sullivan let us know on Wednesday that Zach Aston-Reese and Dominik Simon are inching their ways back to the lineup, and it sounds like ZAR is closer.  Having one of them back in the lineup is guaranteed to bump Josh Jooris back to Wilkes-Barre/Scranton, but what happens when both come back? This doesn’t even consider Carter Rowney, but the way it sounds is that the team would really like to have ZAR in the lineup, and both he and Simon are upgrades over Rowney and Kuhnhackl.  How this will shake out might dictate whether the Penguins can make better use of that fourth line.

If you were tired of the Penguins looking like they are in a hurry for the playoffs to start, chances are good that tonight’s game will be the start of the tune-up for the postseason.  As I mentioned before, the Penguins have done well against their Metro Division foes and they are likely to see one of the Devils, Flyers, or Blue Jackets in the first round of the playoffs.  With New Jersey tonight, Philadelphia on Sunday, Washington next Sunday, and  Columbus on the second-to-last game of the season, there’s still plenty to play for, including home-ice in the first round and possibly the #1 seed in the division.