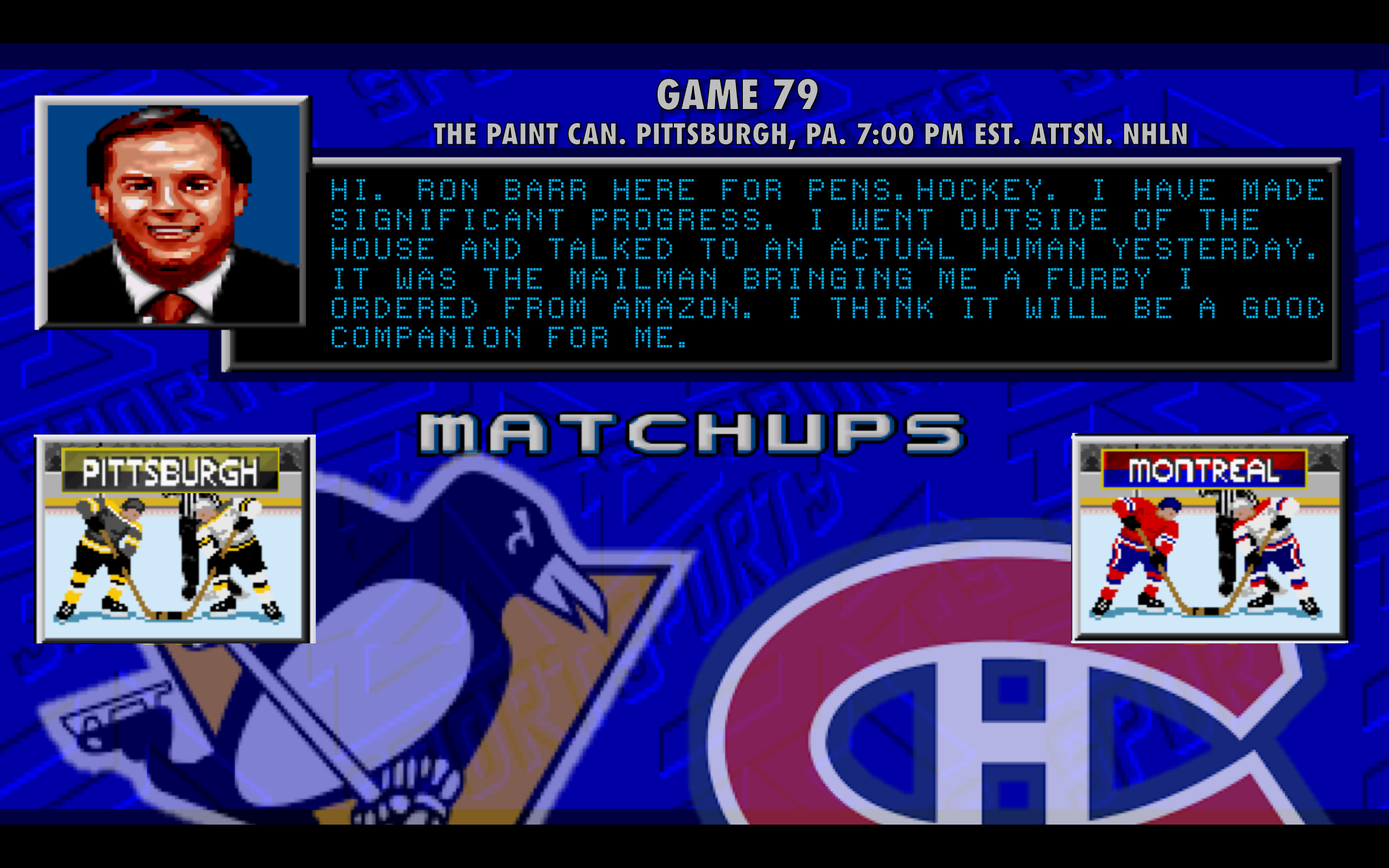 After Thursday’s thrilling overtime winner on the road against the New Jersey Devils (maybe Sid could spend the summer DHing for the Pirates in their interleague games?), the Pittsburgh Penguins head home for a quick two-game homestand starting with the Montreal Canadiens tonight and then the Washington Capitals tomorrow.  With now four games to go in the regular season, the Penguins are relatively safe in their position to make the playoffs, and a win tonight will effectively guarantee their entry.  In some alternate universe where the Canadiens didn’t suck and the Capitals had something to play for, this weekend might actually have been interesting, but in reality Montreal has had a sub-50% playoff chance since the second game of the season and has effectively been out of the playoff discussion since the All-Star Game.  I’m sure Rad will have plenty of nice things to say about the Capitals tomorrow.

There’s only a few things worth paying attention to with things wrapping up in the National Hockey League’s regular season over the next eight days.  Of particular concern for the Penguins and their fans is the arrangement of the playoff seeds.  First place in the Metropolitan Division might be out of reach, but the Penguins are likely to be either the second or third seed in the Metro Division.  More than likely this means that they’ll be facing either the Columbus Blue Jackets or the Philadelphia Flyers in the first round.  In terms of individual success, Evgeni Malkin has fallen ten points behind Connor McDavid for the Art Ross race, but is just three goals behind Alex Ovechkin for the Rocket Richard trophy.

The other major award which is way more speculative and will continue to be discussed beyond the end of the regular season is the Hart Trophy for most valuable player.  Because, and in many ways due to the relatively nascent and unrefined nature, of advanced statistics and metrics, the conversation around the Hart (and the Lindsay, awarded by the NHLPA for effectively the same reason as the Hart) has gotten muddier than it had been even a decade or so ago.  Goals, points, wins, save percentage play as much of a role in determining the best player in the League as wins and hits do in baseball these days.  Now you have point shares, game score, game score per 60, points per 60, primary points per 60…and this isn’t even mentioning Corsi and Fenwick which were the darlings of the advanced stats realm not too long ago but are now finding their way to the margins of the discussion.

When I think about the phrase “most valuable player”, I think back to the Trade Deadline preview I made for the Penguins where I ranked every Penguin in terms of his value to the team.  Considering that the Penguins have at least two players in the top ten of most major categories (Crosby, Kessel, and Malkin featuring in all of them), it’s hard to imagine the Penguins having one guy the sports writers can definitively say deserves the Hart over any of his peers.  Of course, I would love for Geno to win (since he’s the most likely candidate), but he isn’t in the lead for any of the major categories and that is almost a prerequisite for consideration to be amongst the three finalists.  The four guys who ought to be in the discussion, in no particular order, are:

I feel confident that McDavid and MacKinnon will be two of the finalists, since they are far and away the best (and thus, most valuable) players on their teams, and it’ll probably be McDavid’s award at the end of the discussion.  Guys like Anze Kopitar, Taylor Hall, Alex Ovechkin, Brad Marchand, and whoever else is the candidate du jour don’t have quite the narrow and generally high ranges of rankings as the four guys above.  I don’t see any reason why whether the candidate’s team is in the playoffs should have any bearing on their consideration. 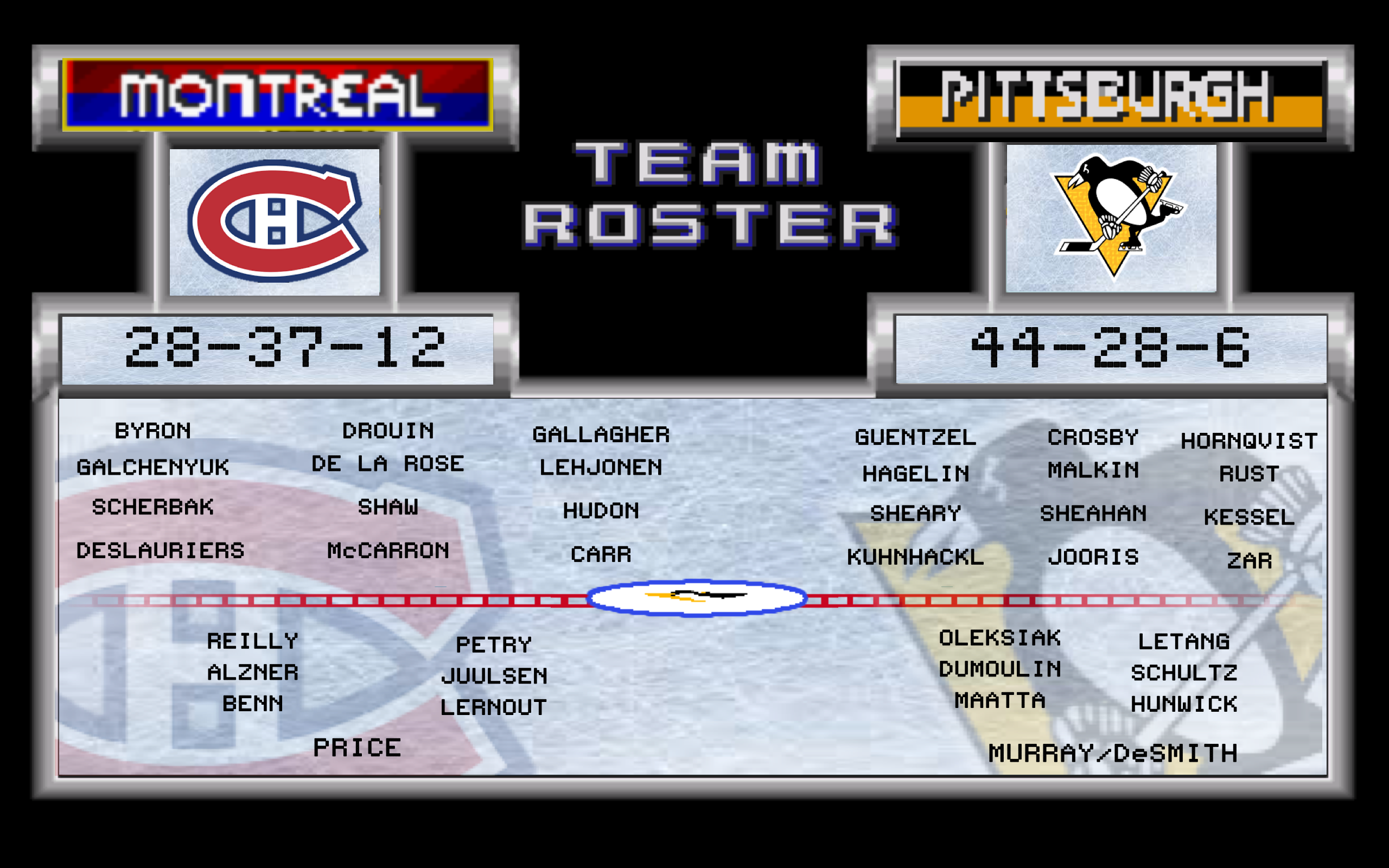 I wouldn’t expect any changes to the Penguins lineup compared to the one they used against New Jersey. Something to keep an eye on is the play of the third line which looked really good in New Jersey. If Sheahan can continue to look comfortable with those minutes in comparison to his smaller 4th line roll it may make Sullivan rethink the lines a bit, even if that means making one of the centers move to wing. This is a radical suggestion but what would be the harm in trying Brassard on a wing? They tried it with Sheahan but why not Brassard? If Brassers can get healthy in time for one of the final games I wouldn’t have any issues seeing them try out something like:

Zach Aston-Reese is a center naturally that has only recently switched to wing to make himself look more appealing to cracking the Penguins lineup (a la Jake Guentzel last year). If you needed the fourth line to win a faceoff then the team could put in one of the other forwards to win the draw. Personally I think that Brassard is playing well but still looks like he is trying to think through the system which is completely natural considering his short time with the team. There isn’t a better way to stop thinking about the system than being on a line with Crosby. I also think Sullivan trusts Kuhnhackl/ZAR/Sheary more than Jooris and Rowney which is supported by the latter two rarely topping 6 minutes a night. 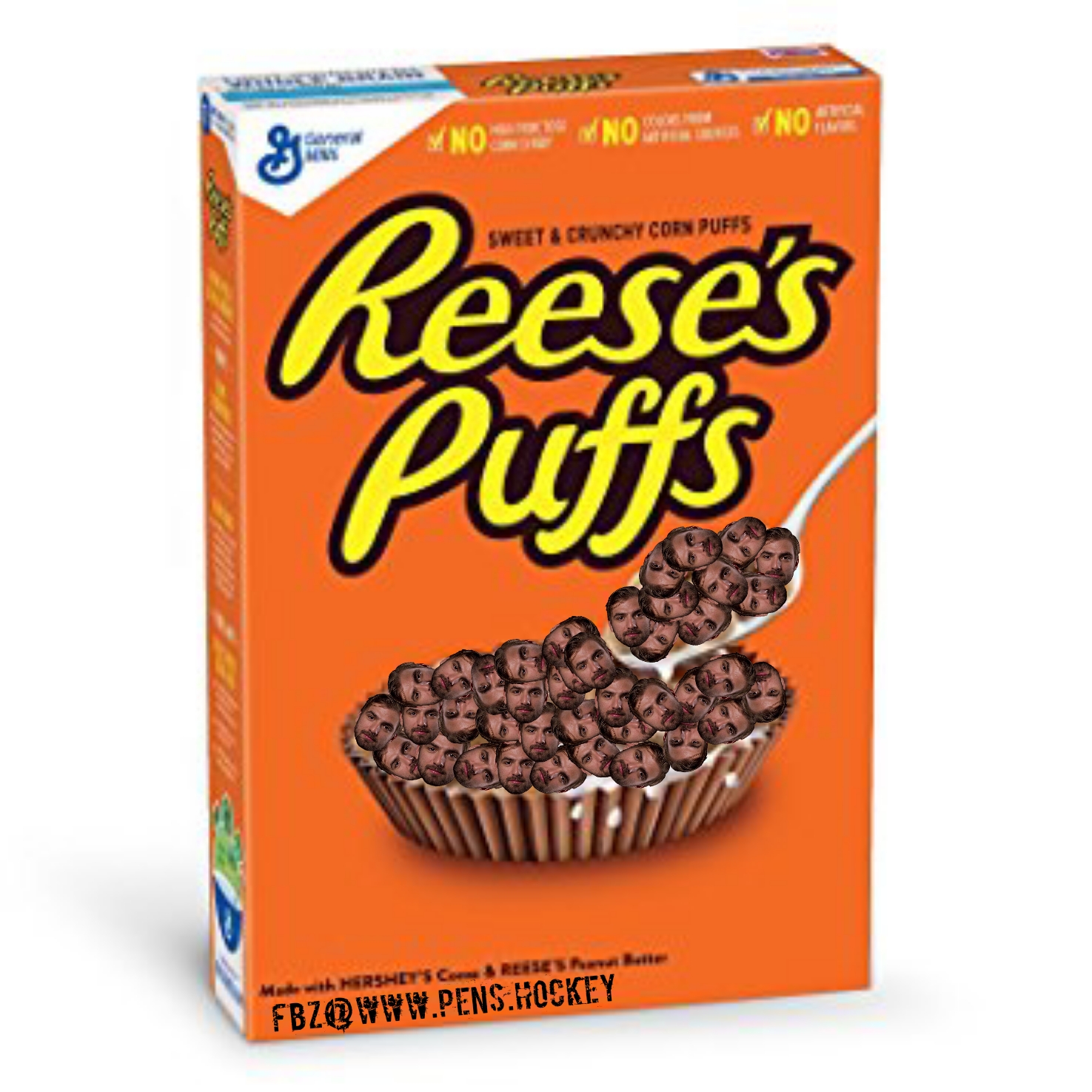 The Panthers play Boston at 1 PM. If Boston wins in regulation the Panthers maximum points possible would become 96. The Penguins can earn point 96 with a win of any type tonight and Florida would be unable to match Pittsburgh’s ROW total meaning the Pens could clinch a berth in the playoffs tonight with a Boston regulation win and a Penguins win of any kind. Don’t worry about the Boston game, just get out there and take care of our own business, brother.