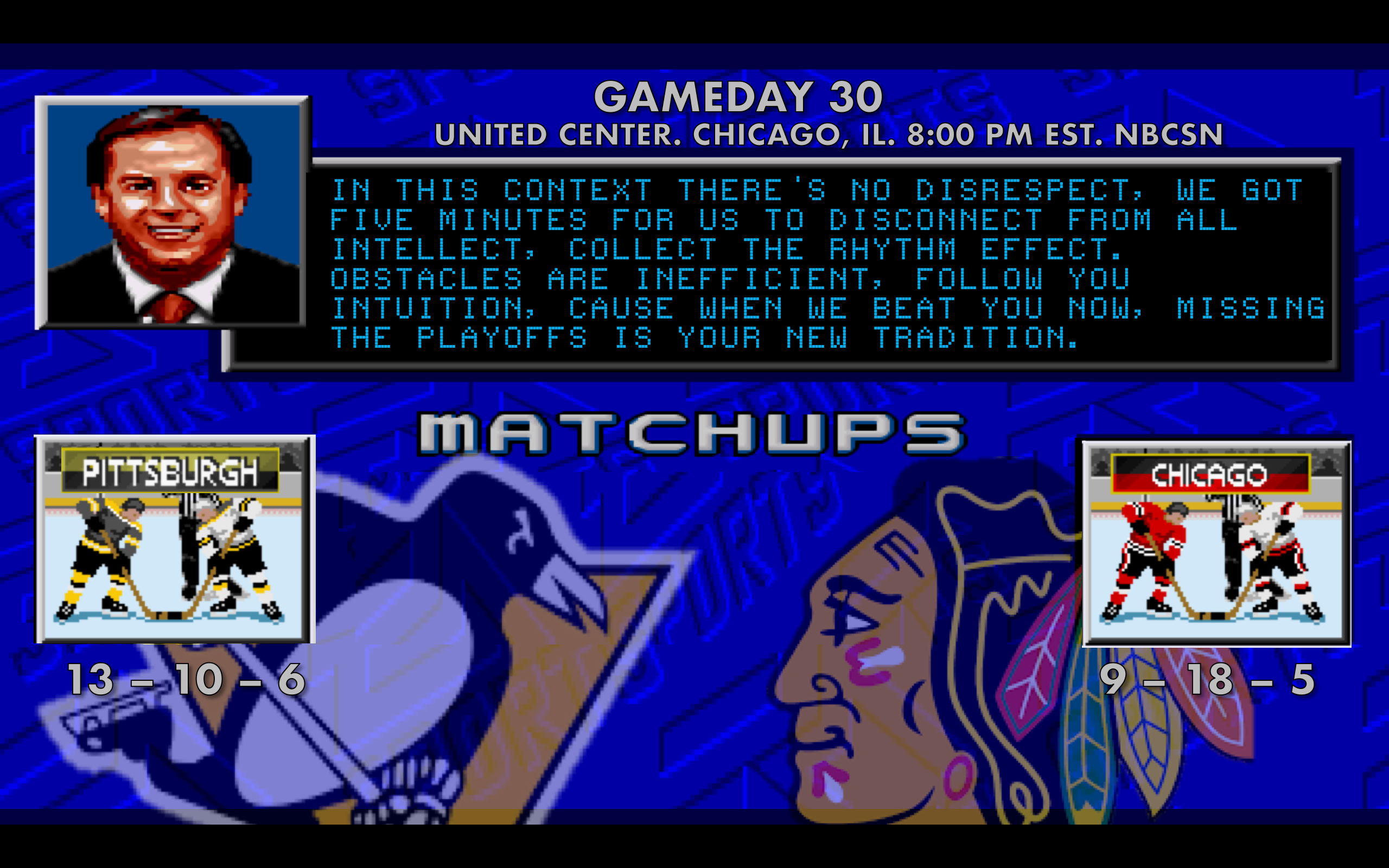 The Pittsburgh Penguins are in Chicago for the last of a three-game road trip in which a win tonight against the Blackhawks would give them four points out of a possible six on the trip, which following last night’s Columbus loss to Vancouver, could also put the Penguins in a tie for second place in the Metropolitan Division.  A month ago yesterday, the Penguins were celebrating their third, and so far last, shutout of the season, a 4-0 win over the Arizona Coyotes, breaking a five-game losing streak that had many Penguins fans heading for their nearest bridges. 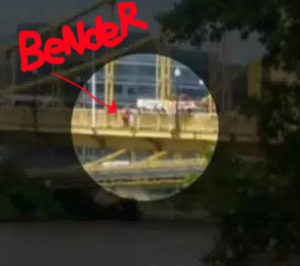 The Penguins would go on to lose the next four games, but because the Metro Division has no definitive leader(s), the Penguins were able to linger despite being in the basement of the division, conference, and League.  So, it hasn’t been a comeback of 2008-09 proportions, but the Penguins have pulled themselves back into the playoff discussion for the time being, even if there isn’t a great deal of confidence that this team is a certain championship contender. 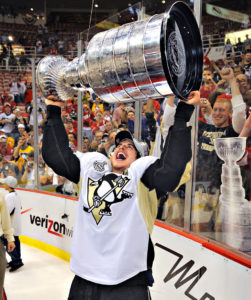 The year after the Penguins won their first of three Cups of the Sidney Crosby-Evgeni Malkin era, the Chicago Blackhawks won the first of their three Cups in the Patrick Kane-Jonathan Toews(?) era.  Not unlike in the early-90s when two of the greatest players of that generation, Mario Lemieux and Wayne Gretzky, seemed destined to meet each other in the Stanley Cup Finals at some point, it seemed possible that Crosby and Kane would find themselves in the Finals too.  And yet, as with Lemieux and Gretzky, Crosby and Kane have yet to meet in the Stanley Cup Finals.  Since the Blackhawks won their last Cup in 2015, they haven’t gotten any closer to winning another than the first round of the playoffs, and right now they look as hopeless as it gets. 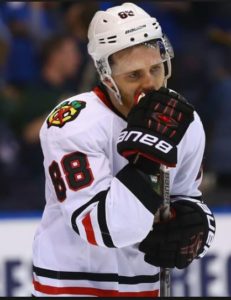 Chicago fired the coach who helped bring them those three Cups, Joel Quenneville, as the Blackhawks scuffled their way to a 6-6-3 start, which was really only one win less than the Penguins, but the key difference being that the Blackhawks are in a Central Division where they would need nine points to catch up with the fifth-place Minnesota Wild, who are themselves three points out of the second Wild Card spot out West. 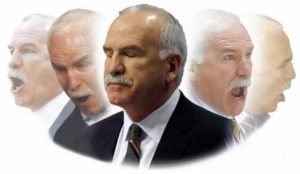 Even if Chicago had any dreams of squeaking into the playoffs, they are incredibly bad; they have the worst goal differential in the League, the fifth-worst shooting percentage, the fourth-worst save percentage, the worst power play, and the fourth-worst penalty kill.  Patrick Kane has put the team on his back as best he can, and perhaps if the other teams were drunk women this would be enough for his expertise. Kane is currently on his career second-best goal scoring rate and third-best points-per-game, but there just isn’t enough good on this team. Only one player has a positive plus-minus, and that’s center Dominik Kahun (who?) at +4, and the rest of the team is zero or worse. 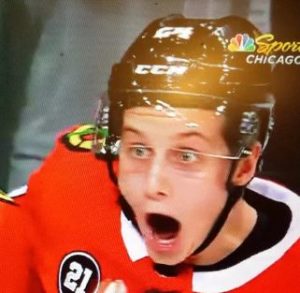 I PLAY IN THE NHL? REALLY?

It is interesting to note that the two most recent Stanley Cup winners to come out of the Western Conference, the Blackhawks and the Los Angeles Kings, are the two worst teams in the NHL right now.  The need to reboot comes to every team eventually, and both of those teams have been eclipsed by their peers in their respective divisions, and the best way to reboot is to suck, sometimes for years.  One way to help yourself suck is by drafting poorly, which the Blackhawks have been doing since taking Patrick Kane first overall in 2007 and Jonathan Joews third overall the year before.  Since 2007, the Blackhawks have made 94 draft picks, and just31 of those have played at least one NHL game. 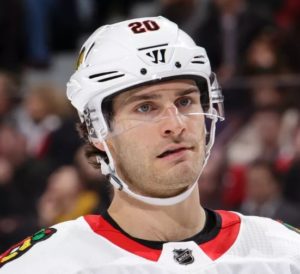 DID YOU KNOW “MAN-CHILD” IS FROM PITTSBURGH?

Of the players on their current roster, only five were originally drafted by the Blackhawks: Marcus Kruger, Brandon Saad (who Chicago has traded to and from Columbus), John Hayden, Alex Debrincat, and Henri Jokiharju.  It isn’t as though they haven’t drafted any useful players otherwise, as the list includes Kevin Hayes, Stephen Johns, Teuvo Teravianen, Nick Schmaltz, and a bunch of other guys who are still active in the NHL and some who suck less than some of the guys that are replacing them on the Blackhawks’ roster. The Blackhawks are simply a lesson in cap management, and they are now living in the results.

Another interesting wrinkle is that Chicago has drafted eight goaltenders in that timespan and those goalies have a combined one NHL game’s worth of experience, although four of them are still in the Blackhawks’ pipeline but none of them are really close to being helpful; by comparison the Penguins have drafted six goaltenders, three of whom have NHL experience.  Corey Crawford had an injury-filled 2017-18 season, and when he was healthy he was great for the Chicago, but this year the veteran Crawford has been terrible and his backup is the also-terrible Cam Ward.  If the idea is to tank, keeping those two guys in goal is a great way to go about it. 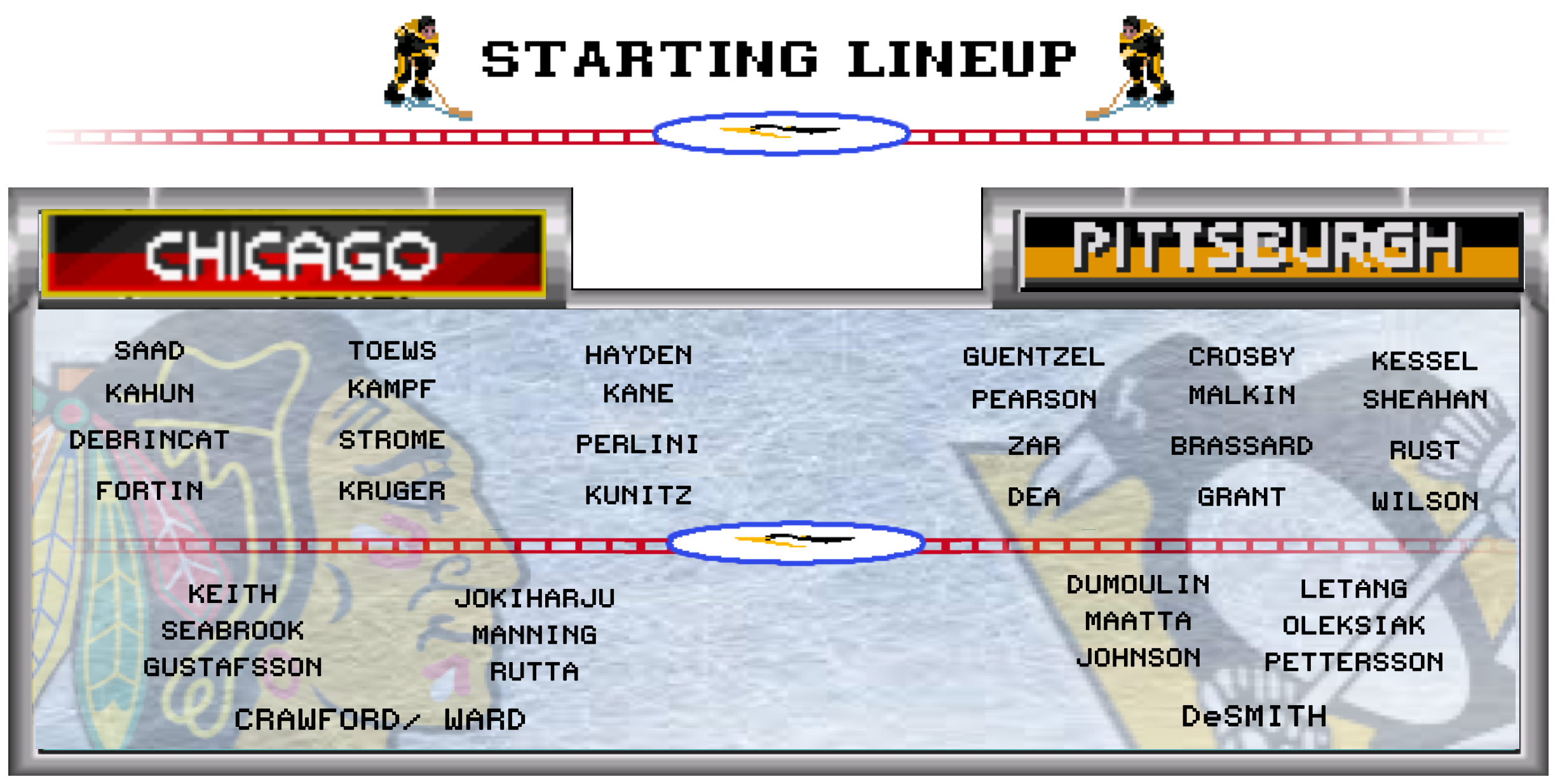 We will start with the injuries, both Matt’s (Murray and Cullen) have started participating in practice and are nearing returns, though hopefully Cullen’s is to the press box. Patric Hornqvist appears to have had a setback and has not progressed the way the team hoped. Dominik Simon is pulling some extra holiday shifts at Sheetz. Yesterday in practice Sullivan put Phil Kessel back with Malkin on the second line and moved Riley Sheahan to the first, perhaps he was just trying new things out but that may be a possible setup going into tonight. We’ve used the dailyfaceoff.com and corsica.hockey line rankings throughout the season and I found where the new Penguins lines rank very interesting. With the lines constructed as they are in the graphic above, the Penguins are icing the League’s 2nd best 1st line, 9th best 2nd line, 7th best 3rd line, and 2nd best 4th line. Dea-Grant-Wilson, from a fantasy hockey standpoint, is the 2nd best 4th line in the League? The Penguins haven’t had all four lines ranked in the top 10 since the entire team was healthy in game 1. In contrast, the Blackhawks are skating with the 29th ranked 1st line, the 14th ranked 2nd and 3rd lines, and the 20th ranked 4th line. An all-time favorite gripe by Penguins fans is Letang and his salary, so while we are looking at line rankings lets break down what the Penguins are getting for their defensive dollar. Kris Letang is signed for $7.25 million for three more seasons, a contract expiring when he turns 35, which many would agree is a damn good price to get a great defender in his prime. The Blackhawks top defender, Brent Seabrook, is making $6.875 million for 5 more years, a contract that expires when he is 38. Seabrook is already a ghost of his former self, and his former self wasn’t worth $6 million. The Penguins second highest paid defender is Justin Schultz, a $5.5 million for this year and next, a reasonable three-year contract for a defender reinventing himself. Chicago’s second-highest paid defender is Duncan Keith at $5.54 million for 4 more years, a contract the ends after the defender turns 39. The Blackhawks have $12.4 million tied up in two defenders that are already over 33, and will continue to pay both of those players until they are 38. Joey Q was hardly to blame for where the Blackhawks are at the moment, and it wouldn’t be too shocking to see GM Stan Bowman hit the pavement soon. If the money argument doesn’t make you laugh consider this, with regards to the fantasy rankings the Blackhawks 2nd pairing on Seabrook and Manning is ranked as the 27th best second pairing in the League. The Penguins counter with the 20th best 2nd pairing in the League, a pairing currently constructed as Olli Maatta and Jamie Oleksiak. Maatta and Oleksiak COMBINED make $600,000 less per year than Bent Seabrook. Get out of here. One final thought while we are on the defense, Marcus Pettersson has been deployed perfectly by Jacques Martin, and as such he has turned in four solid outings. It will be interesting to see if he continues to perform where he currently is because if he does the Penguins have added another defender with a positive corsi for percentage.

Dumoulin and Johnson have been on the ice for the same amount of 5v5 shots against, though Johnson has been on the ice for fewer minutes (27). This isn’t a jab at Johnson at all, it is simply us throwing more admiration to Dumoulin. Sullivan and Martin love going LD-RD right down the lineup, which they currently have. Oleksiak could potentially get back to 50% with tonight’s outing, and this is where the questions start to come in. At the beginning of the year, it was supposed to be Oleksiak versus Ruhwedel versus Riikola for the 6th spot.  The team also currently has their second best right-handed defender, Justin Schultz, on IR. Don’t look now but we are only six weeks away from February and Schultz will most likely start skating within the next four weeks. The Penguins right-handed defenders are Letang, Oleksiak, Johnson, and Schultz. If Mike Sullivan wants to stick to the LD-RD pairings that he loves, something is about to go down with the pairings in a few months, and you are going to be hard-pressed to bench Jamie Oleksiak.

Those are questions and debates for another day, and right now I think we can all agree that the contracts that Shero (Crosby, Malkin, Letang) and Rutherford have negotiated is the reason the Penguins still have a Stanley Cup window and the Blackhawks are looking at missing the playoffs in back-to-back years. We take the Crosby and Malkin contracts for granted every single day, and we really shouldn’t. Those two are complete saints for taking less than $10 million. Consider this, the difference in contracts between Toews-Kane and Crosby-Malkin is $2.8 million, which is just about the cost of Derick Brassard. Basically this has been 1700 words saying “we’re the Penguins and we don’t suck.” I just wanted to mention that WE’RE SO FLIPPEN WINNIN THIS TONIGHT!