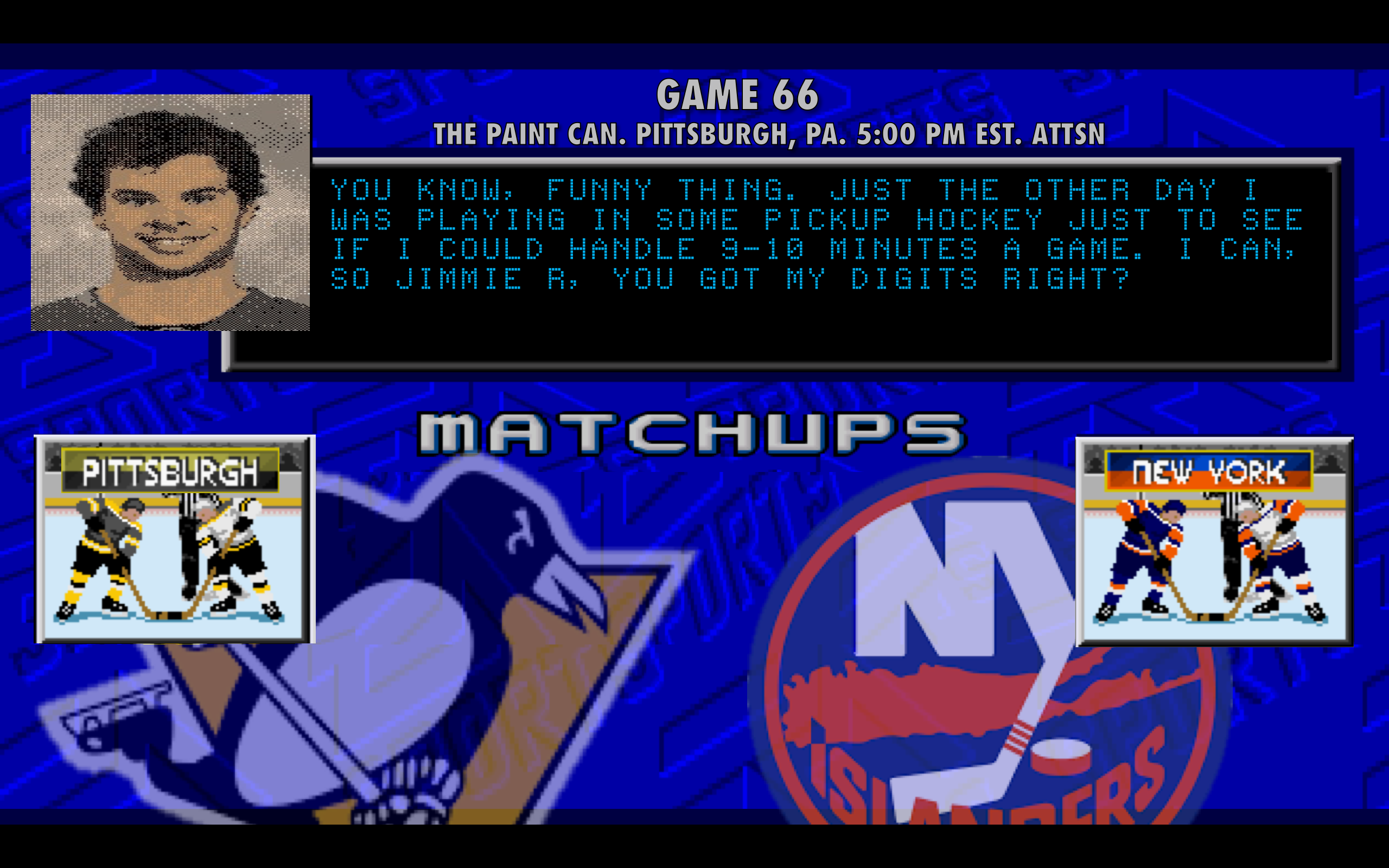 Over the last week we have seen the Penguins have many of their flaws exposed for the hockey world to see.  The goaltending depth behind Matt Murray isn’t as sharp as we thought, as without Murray in the crease for the last three games Casey DeSmith and Tristan Jarry combined have allowed more goals than Murray did in seven games prior.  With Ian Cole’s departure, the third line, namely Matt Hunwick, has been blown up, and Hunwick and Jamie Oleksiak have a combined -4 in their last ten games.  Carter Rowney and Conor Sheary are not worth what little ice time they’ve been getting.  At times, inconsistency has struck up and down the lineup.  It’s not encouraging.

The recurring theme all season has been a lack of trust from the coaching staff in the personnel at the bottom of the depth chart.  Somehow you go from guys like Matt Cullen, Chris Kunitz, Trevor Daley, and Ron Hainsey and maybe simply because these guys are veterans and Rowney and Tom Kuhnhackl and Conor Sheary aren’t, that means they can’t be relied on to play more than nine minutes a game and given the opportunity to be successful because of that trust or lack thereof.  It hasn’t mattered much whether the Penguins have been winning or losing games this season, the bottom of the depth chart guys just haven’t been given the time to prove they can play competently and this reliance on the top guys was going to have adverse effects eventually.  I think we’re starting to see it happen.

It’s still too early to be worried about the Penguins and their Cup competitiveness, but their inconsistent form is worrisome.  I think eventually you’re going to see the front office and the coaching staff relent and we’ll see guys like Daniel Sprong, Jean-Sebastien Dea, Teddy Blueger, and Kevin Czuczman in Pittsburgh because it cannot continue to go on like this.  It’s a bit maddening to see the insistence that the fourth line has to be defense-first, penalty killing forwards when there are talented guys who could be helping the Penguins win games if they were given the ice time.  (You also have to deal with roster size and waivers, but the point is the same even with Rowney, Kuhnhackl, and Ruhwedel.)  Ultimately, if there is any concern about burning out the top guys, we’re not seeing it yet from the coaching staff, and I think they’re ignoring the signs.  Such as: people observing that Sid has gotten slower, Phil is cooling off, Schultz is quiet.  Hey look, those are some of the top guys! Hmmm. 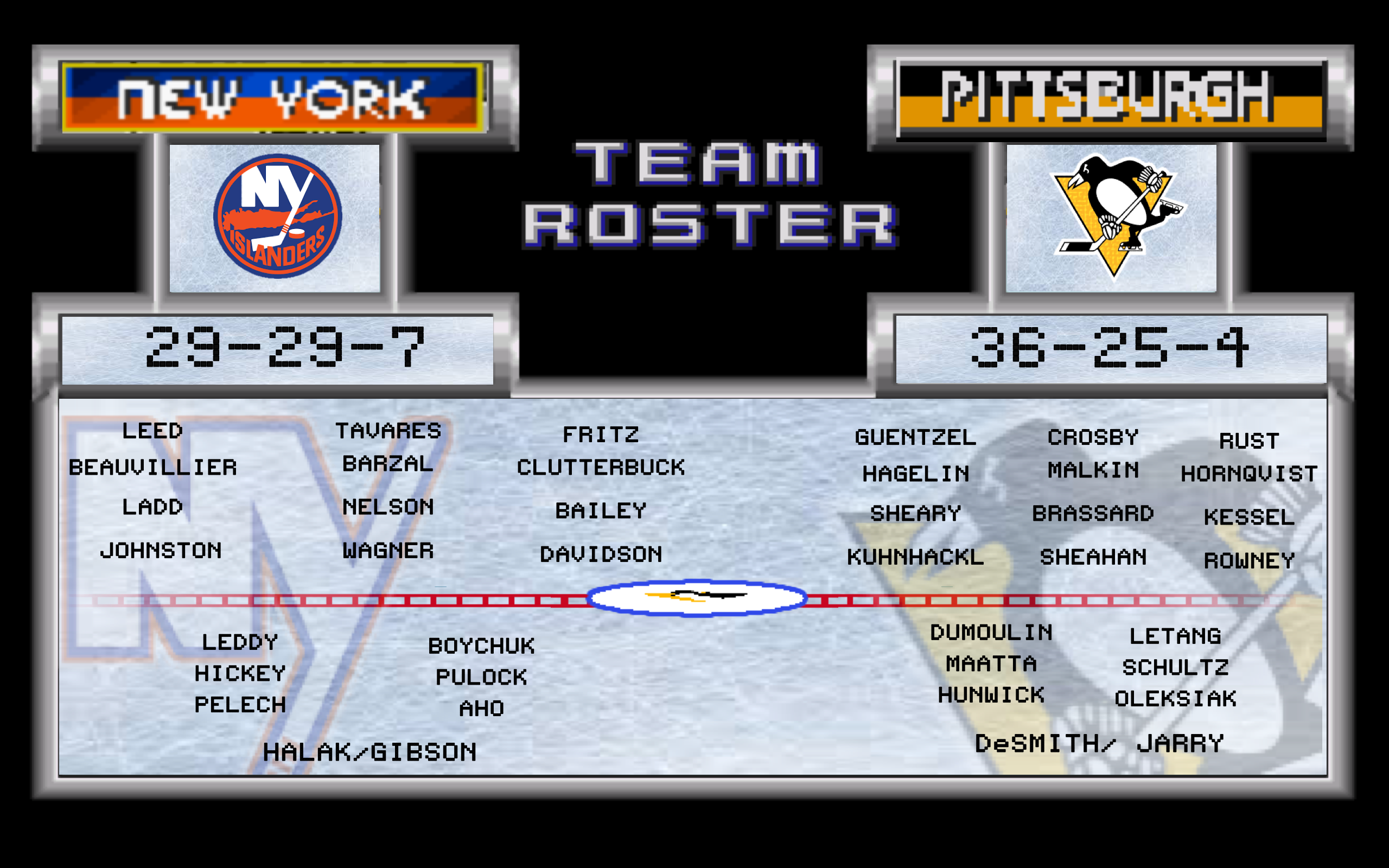 All this consternation makes for a nice background as the Penguins play host for tonight’s tilt against the New York Islanders.  The Islanders are nine points behind the Penguins, seventh in the Metropolitan Division, but sit just four points behind the Columbus Blue Jackets and the Carolina Hurricanes for that second Wild Card seed.  Speaking of inconsistency, and to whom may be concerned that the Penguins might fall out of the playoff race, the bottom half of the Metro Division, in the last ten games, is a combined 15-20-5, and Islanders account for 3-6-1 of that.

The Isles have six players on the injury report, and two of their top three players, John Tavares and Josh Bailey, have boxcars in the last ten of 3-2—5 and 2-3—5.  They’ve lost their last five games, including a 6-3 loss against the Canadiens last night.  Since Jaroslav Halak played last night, it’s a sure bet that we’ll see Christopher Gibson (who?) make his first NHL start since April 9, 2016 (oh).

The Penguins recalled Dominik Simon yesterday, which surprised me because I didn’t even know he was reassigned to WB/S.  Matt Murray also practiced in full equipment prior to practice, so he’s progressing, but neither Jarry nor DeSmith had been sent back to WB/S as of this writing so it’s unsafe to guess that Murray is ready to return to action.

The players interviewed after practice yesterday were saying all the right things about taking accountability for themselves and being responsible and better teammates.  We’ll see if those words turn into action tonight. The Islanders played last night while the Penguins watched the tape of the Bruins game in full as the coaching staff attempted to burn the defensive mistakes into the players skulls. The time for dicking about is over, brother. We ain’t got no time for losing points to the Islanders, brother. Pick up your shit and Conor Sheary, put that jersey on, and get the hell out there and get us the deuce!!!